Free Guy is the best game based movie ever. No seriously. In a genre that is plagued with just okay to absolute disasters, Free Guy manages to rise above the rest as an action-packed, hilarious, downright irresistible good time. 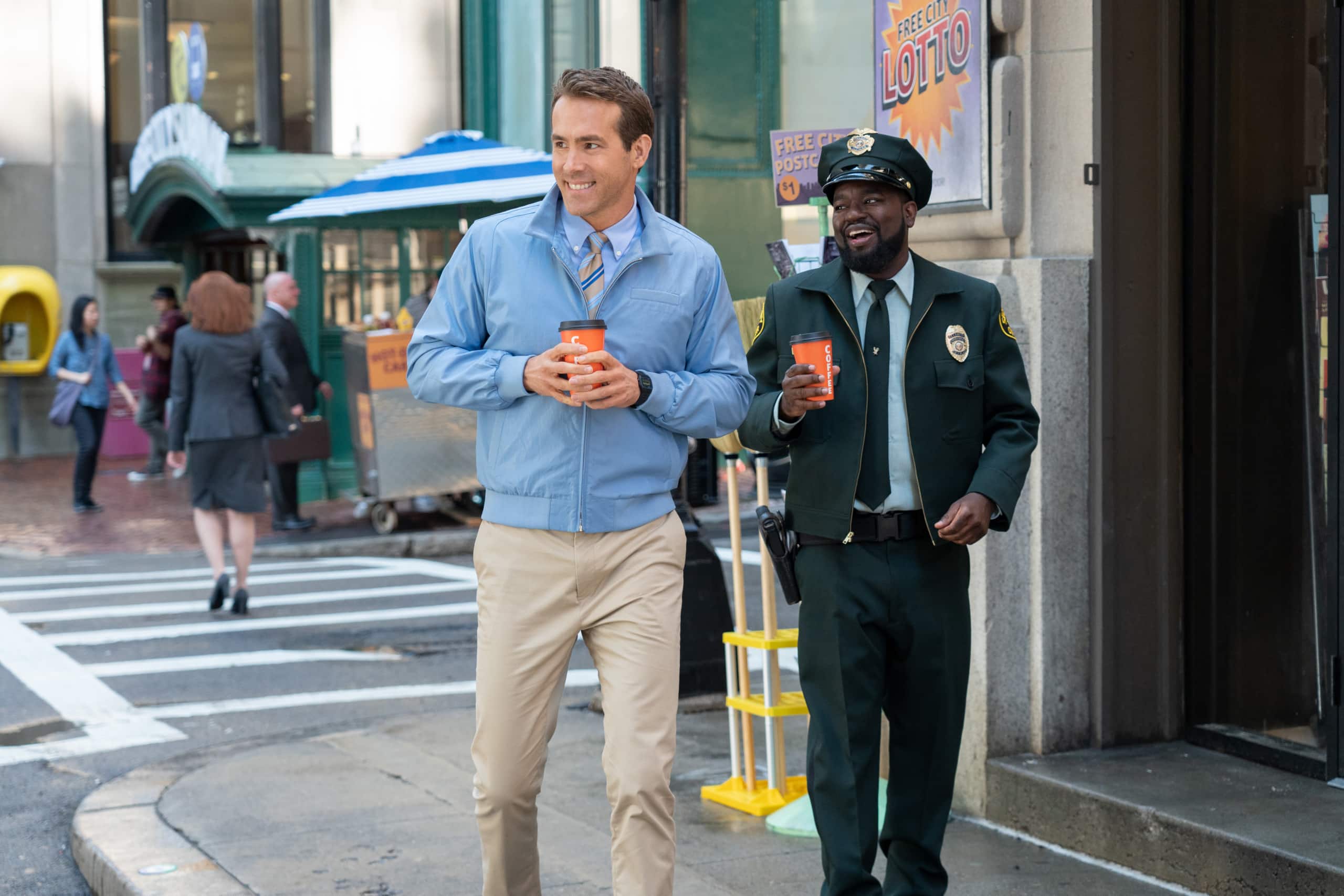 Levy manages to create a world where the audience experiences it as if they are inside the game. The visuals of needing health, swiping through storage, and of course trying to earn coins for an upgrade are all too familiar for gamers while non-gamers can relate to real life equivalents. The universe outside of Free City is the real world and at times is the perfect juxtaposition to what is happening in game. Unlike Guy, Antwan is determined to be the worst guy, otherwise known as the villain. He is an eccentric, rich man who doesn't care about anyone other than himself. But there are also mirror moments as well, but to share those might give something away.

Honestly, the visuals could have been less than stellar and Free Guy still would have shined thanks to the natural charisma and chemistry of the cast. Ryan Reynolds is in his sweet spot here as the optimistic, good-natured, kind Guy. Reynolds is king at balancing effortless humor with action, just look at Deadpool and The Hitman's Bodyguard, while also coming across as the most genuine guy in the room like his character Andrew Paxton in The Proposal. His charming Guy is accompanied on screen by an amazing cast that includes Comer, Waititi, Howery, and Utkarsh Ambudkar as Mouser. Jodie Comer is a scene stealer with her take on Millie. She completely commits to showcasing the subtle differences between her Free City character of Molotov Girl and Millie although both are fierce women who know what they want. Waititi is exceptionally brilliant and impossible not to love as the villainous Antwan. He walks an insanely thin line between evil genius and madman that is just plain fun to watch. These three are supported by Howery, Keery, and Ambudkar who manage to grab viewers attention while adding in their own humorous bits and depth to the story.

Come to think of it, the only thing missing in Free Guy was a cameo by Betty White. Although I would have loved to see her playing as a big macho guy in Free City there were plenty of cameos both obvious and secretive for eagle eyed and eared fans to spot. The big fight scene in the third act included the best of these which had the entire theater cheering.

Although Free Guy is a love letter to gamers everywhere and the best one ever made in this writer's opinion, it is a film that anyone can enjoy. Viewers don't need to know anything about Fortnite, Grand Theft Auto, or even leveling up because at its heart Free Guy speaks to what makes us human- life and the connections we make while we live it. With its incredible cast, comedic beats, and crazy action sequences Free Guy delivers some of the best popcorn viewing this summer. 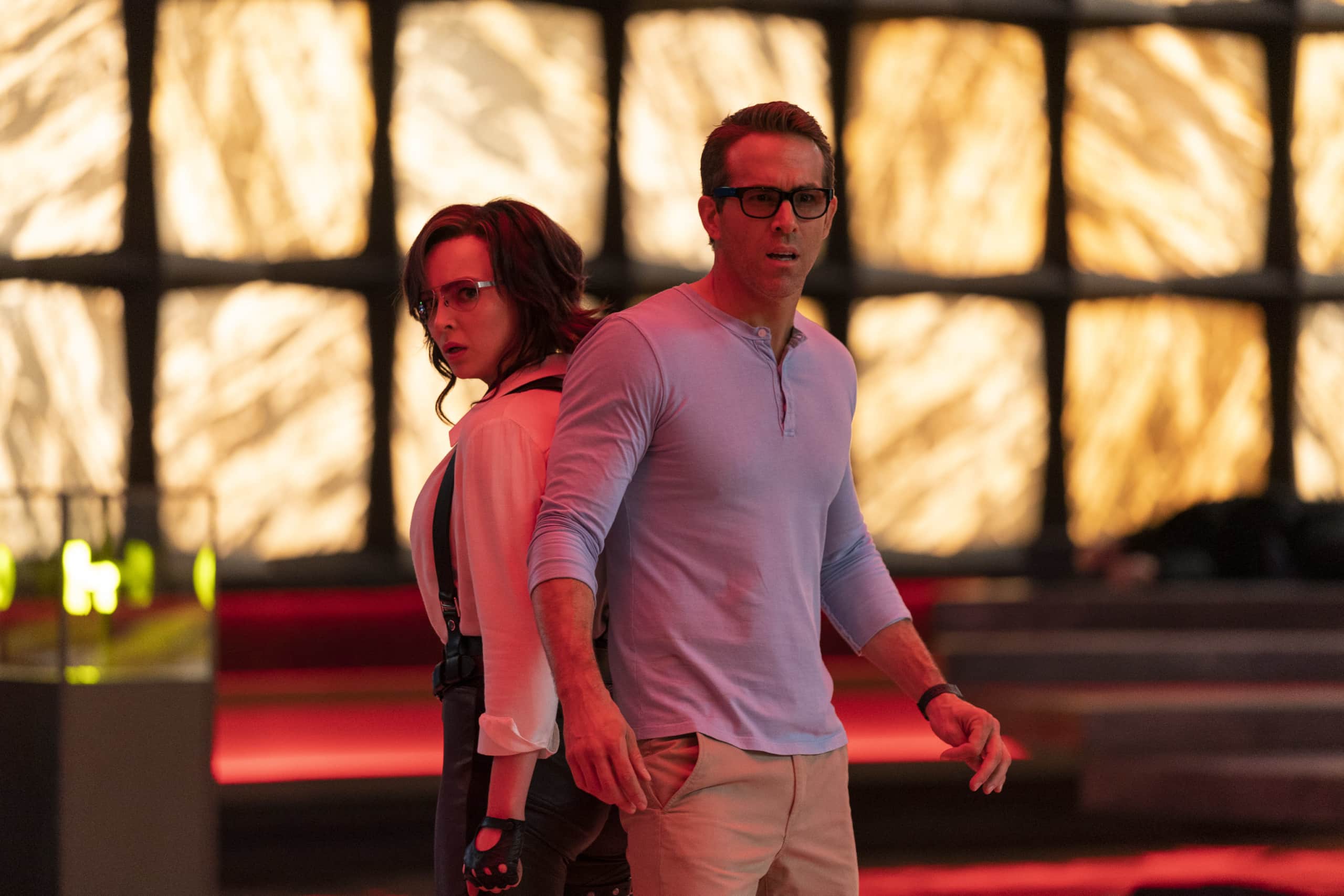 Free Guy is in theaters now. It is 115 minutes long and is rated PG-13 for strong fantasy violence throughout, language, and crude/suggestive references.

Previous Post: « All The Free Guy Easter Eggs and Cameos You May Have Missed
Next Post: What If Episode 2 Easter Eggs & Breakdown »