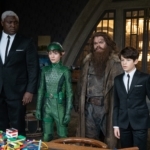 Artemis Fowl finally made its debut after pushbacks and a global pandemic forced more delays. We've read the books, now we have seen the movie. Is it the same? Not really but despite being a bit messy, the film itself entertained. And if you remind yourself that book adaptations rarely live up to expectations, I think you could enjoy it too. 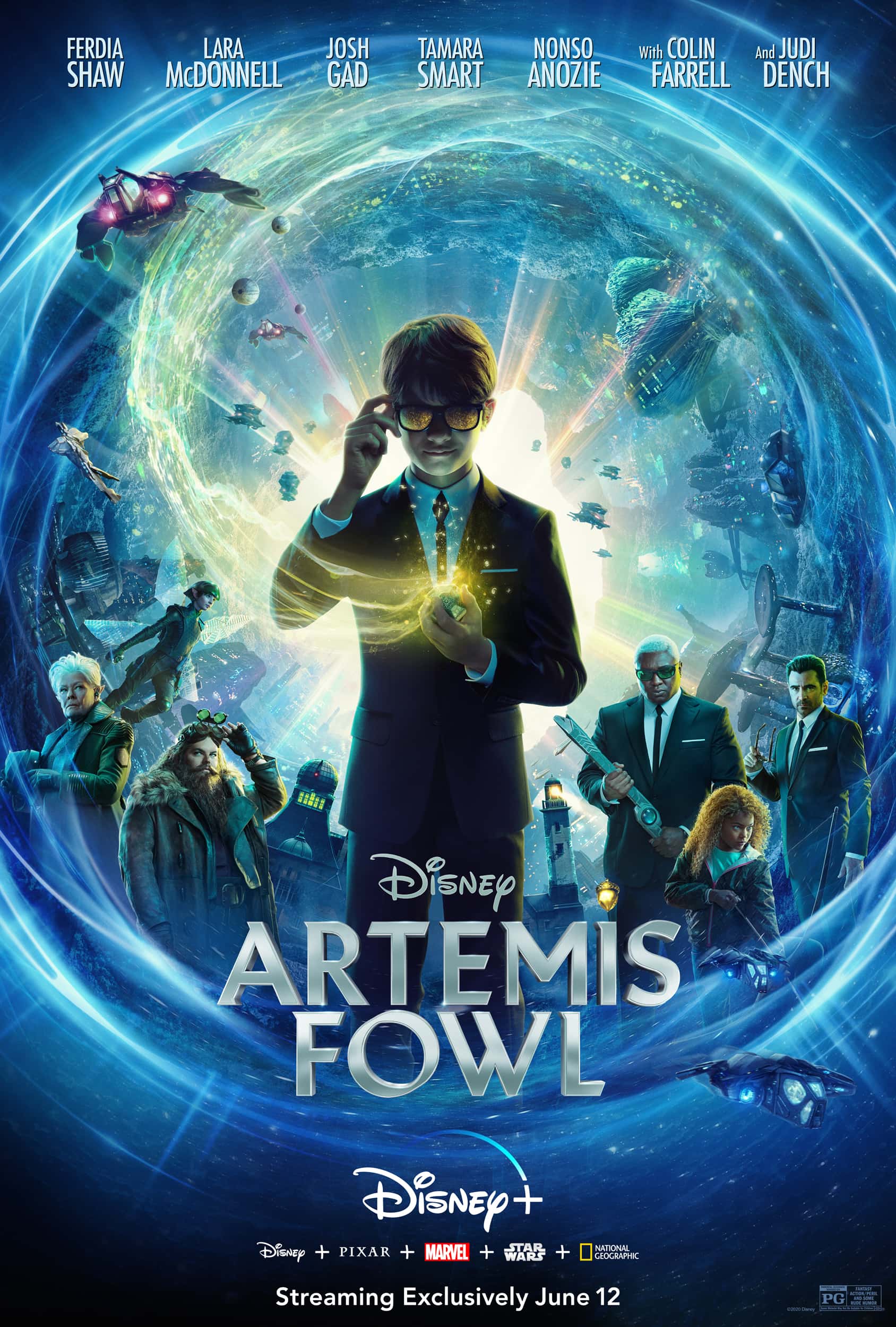 Artemis Fowl II is a 12-year old boy genius who cares little for those he doesn't respect. His entire world is rocked when his father, Artemis Fowl I goes missing and is accused of stealing countless priceless artifacts from around the world. But everything is not as it seems.

For generations, the Fowls have secretly collected magical artifacts and protected the balance between the fairy world and ours. He has been kidnapped by Opal Koboi, a dangerous fairy who is looking for the Aculos. This powerful device was given to Artemis I to protect it from those who wish to use it for evil. With the help of his family's trusted bodyguard, Domovoi “Dom” Butler, Holly Short, and Dom's niece Juliet, Artemis II is determined to rescue is father and protect the Aculos from dark forces.

read more: What to Binge on Disney Plus Book readers are always hesitant when it comes to adaptations. Movies made from books rarely, if ever, live up to the worlds we have created in our minds. One of the few that I felt were spot on was Secret Window, a thriller based on Stephen King's story of the same name. Artemis Fowl is not Secret Window.

The plot can come off jumbled at times with the story moving along quickly. With a 94 minute runtime some speed is necessary but I do wish they had taken some time to flesh out all the main characters a bit more. That is the main issue I have with Artemis Fowl, the film. The screenplay attempts to combine two of the books into one origin story and it leaves you feeling like you're missing out on a lot. Because you are.

This is where knowing the source material would help, you don't need the backstory or to get to know characters because you already do. Without the knowledge of the books, you may find it hard to connect to the characters, if at all. 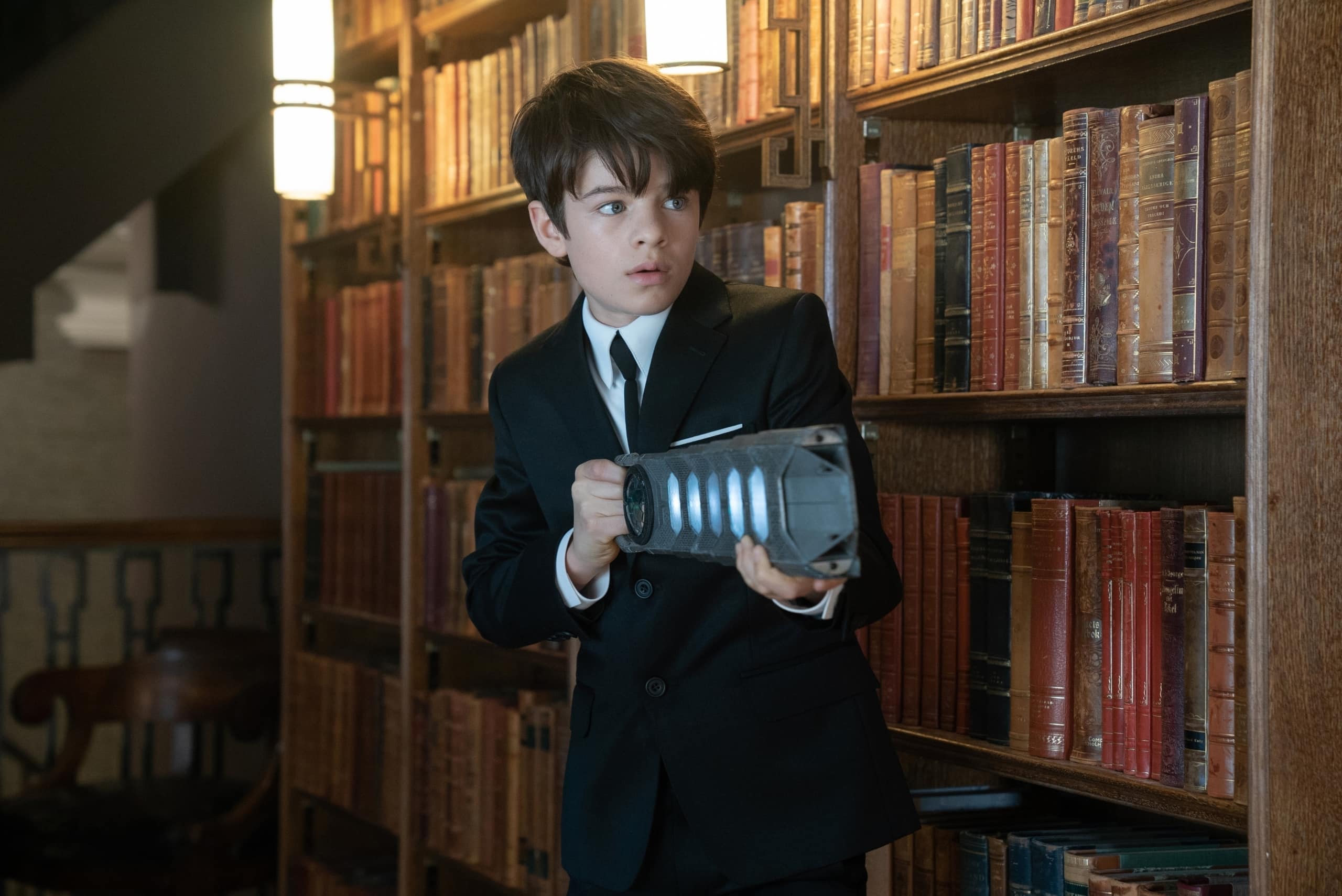 If you can let go of what you think it ought to be, Artemis Fowl can be an enjoyable film. It has cool fight scenes, a farting giant dwarf, and magic. Josh Gad stole the show as Mulch Diggums. He serves as narrator and kleptomaniac extraordinaire. Mulch has the best lines and also happens to have extreme flatulence, which guarantees laughs.

Visually the film brings to life the beauty of real life Ireland and the fantasy world occupied by the fairies. Haven City was well done, and looked almost like I had imagined it. The fight scenes are CGI heavy and can be a little hard to keep up with visually, as things are happening in a blur. However, most kids watching won't even notice that or care. They just want to see someone their age kick butt and take names.

The film ends by setting up for a sequel, which has a lot of potential for being better than the original. However, with the negativity floating around I doubt we will see it made. Which is shame really, because there are those viewers that actually enjoyed it and would love to see more.

Despite not being 100% page for page of the novel, Artemis Fowl manages to deliver an entertaining movie that the family can sit down and watch together. Unlike other new releases for kids, this one was action packed and showcased a tween genius. Older kids are going to love it and younger ones too because who doesn’t want to see a guy eat dirt and fart it out?

Artemis Fowl ultimately shows the benefit of teamwork, having courage, and not making assumptions about anyone in your life. 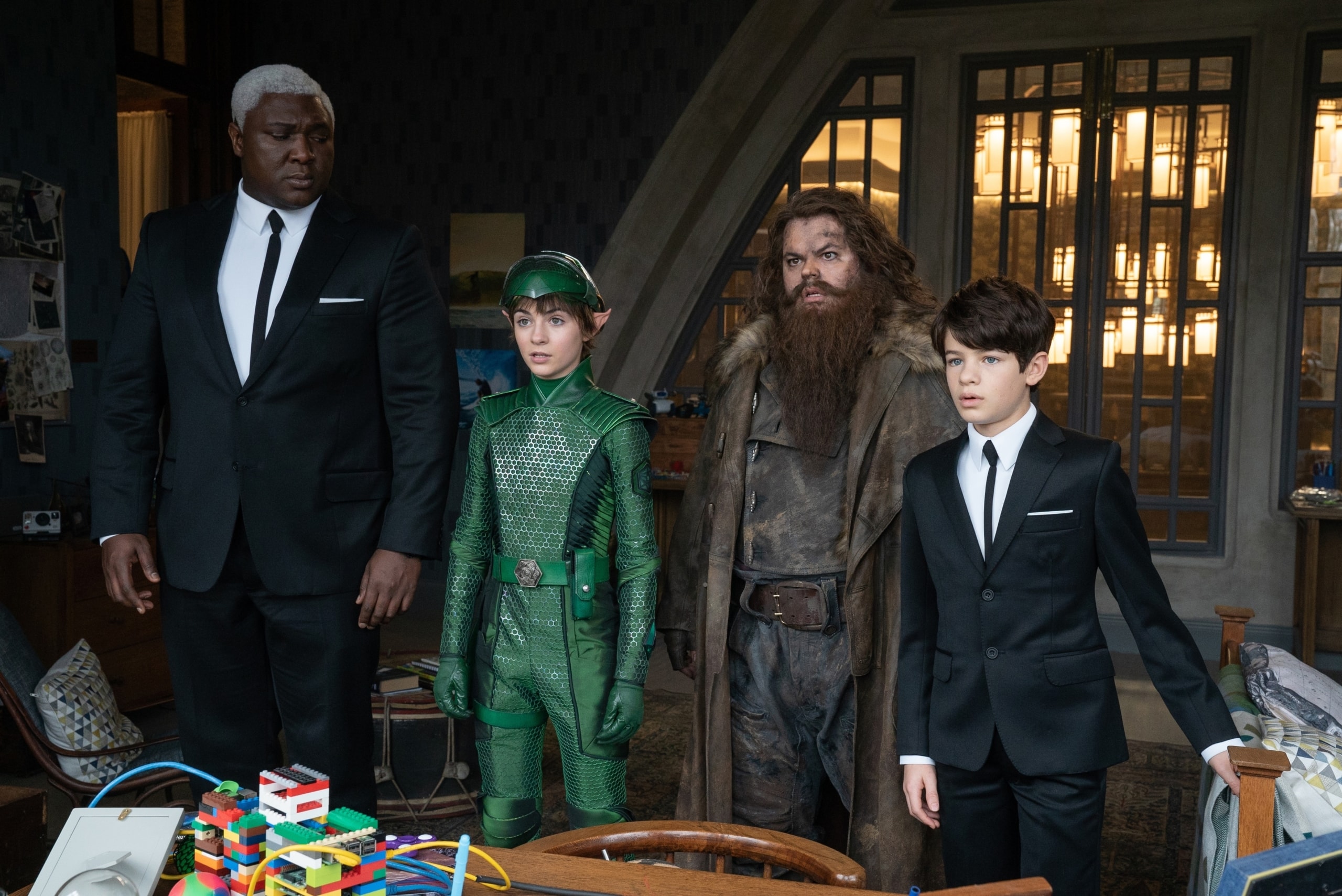 The fight scenes can be a little intense for younger viewers but if they have watched any Marvel or Star Wars films then there should not be any issues. There is no bad language to watch out for which is always a plus for parents. Children who are sensitive to their parents being put in danger might struggle with Artemis' dad being in kidnapped and presumed dead.

Artemis Fowl is now streaming on Disney+. It is rated PG for fantasy action/peril and some rude humor.

Where are all my theater friends at? The Hamilton film trailer and I got chills. This is one my favorite musicals, and I cannot wait to watch the original cast bring it to life when it debuts exclusively on Disney Plus July 3 2020! You could say I'm not going to miss my shot, but I digress.

Tune up the volume, switch to full screen, and enjoy the first look at #Hamilfilm.

The filmed version of Hamilton combines the best elements of live theater, film, and streaming to bring this phenomenon to homes all over the world. Hamilton is the story of America then, told by America now. It features a score that blends hip-hop, jazz, R&B, and Broadway that has taken the story of American founding father Alexander Hamilton and created a revolutionary moment in theatre. This is a musical that has had a profound impact on culture, politics, and education.

Hamilton will debut on Disney Plus. Sign up today! 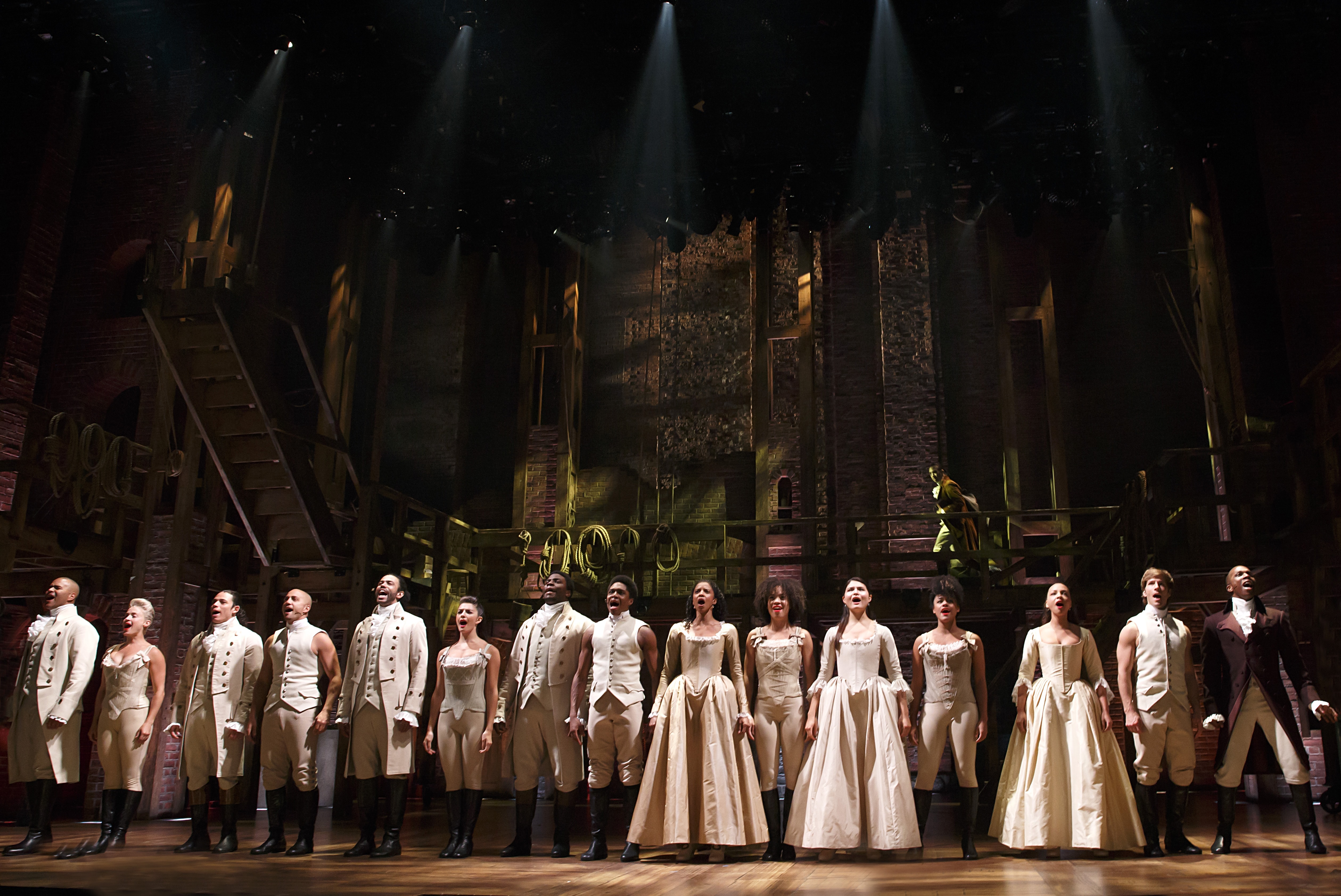 Hamilton the Film, was recorded at The Richard Rodgers Theatre on Broadway in June of 2016, this film is set to transport us all from our living rooms to Broadway. With book, music, and lyrics by Lin-Manuel Miranda and direction by Thomas Kail, “Hamilton” is inspired by the book “Alexander Hamilton” by Ron Chernow and produced by Thomas Kail, Lin-Manuel Miranda and Jeffrey Seller, with Sander Jacobs and Jill Furman serving as executive producers. 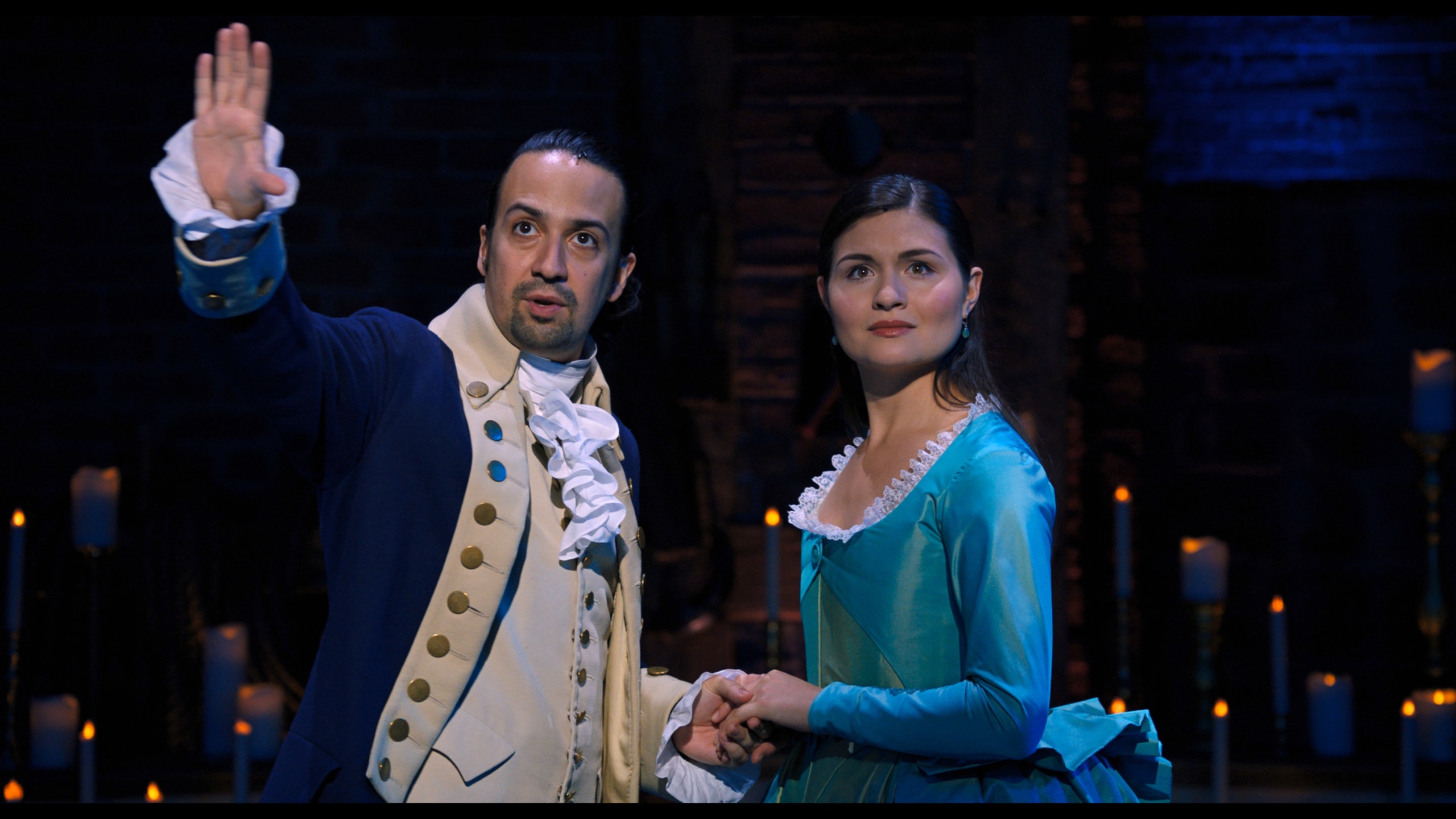 Sign up for Disney Plus and don't miss Hamilton when it debuts July 3, 2020! 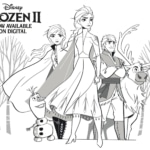 Raise your hand if Into the Unknown is stuck in your head. Or maybe your kids have been looking for Samantha. Both hands up for our house. Needless to say, Frozen 2 is a big hit over here. I'm excited to share these free Frozen 2 printable activities that your kids will love. 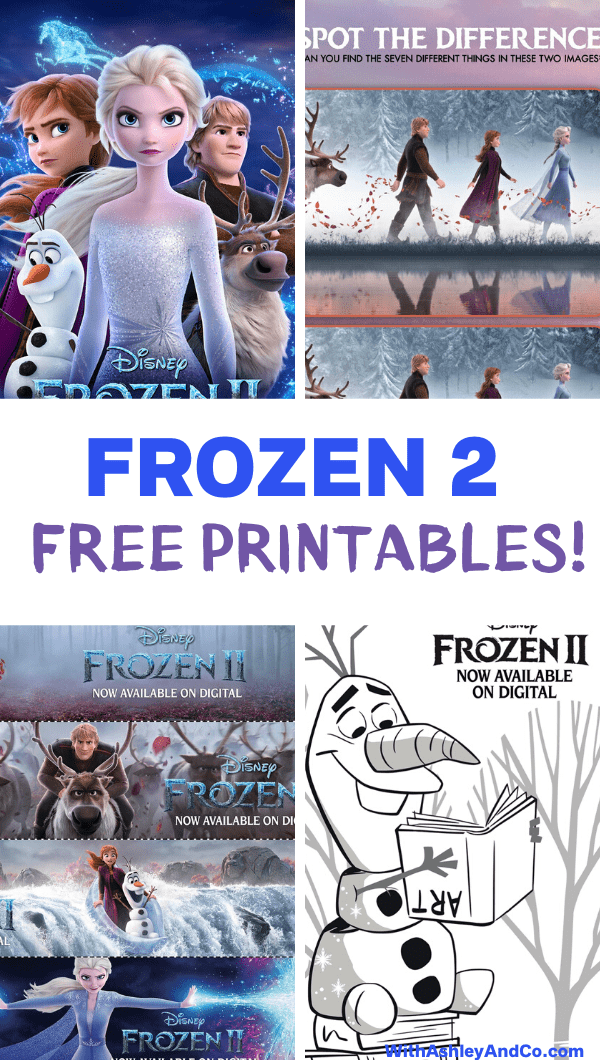 The original Frozen Free Printables were a hit not only with my kids but it is still a popular post on this site. Kids just love some Elsa, Anna, and Olaf! Well now they can enjoy more free Frozen 2 coloring pages, Frozen 2 mazes, and more. 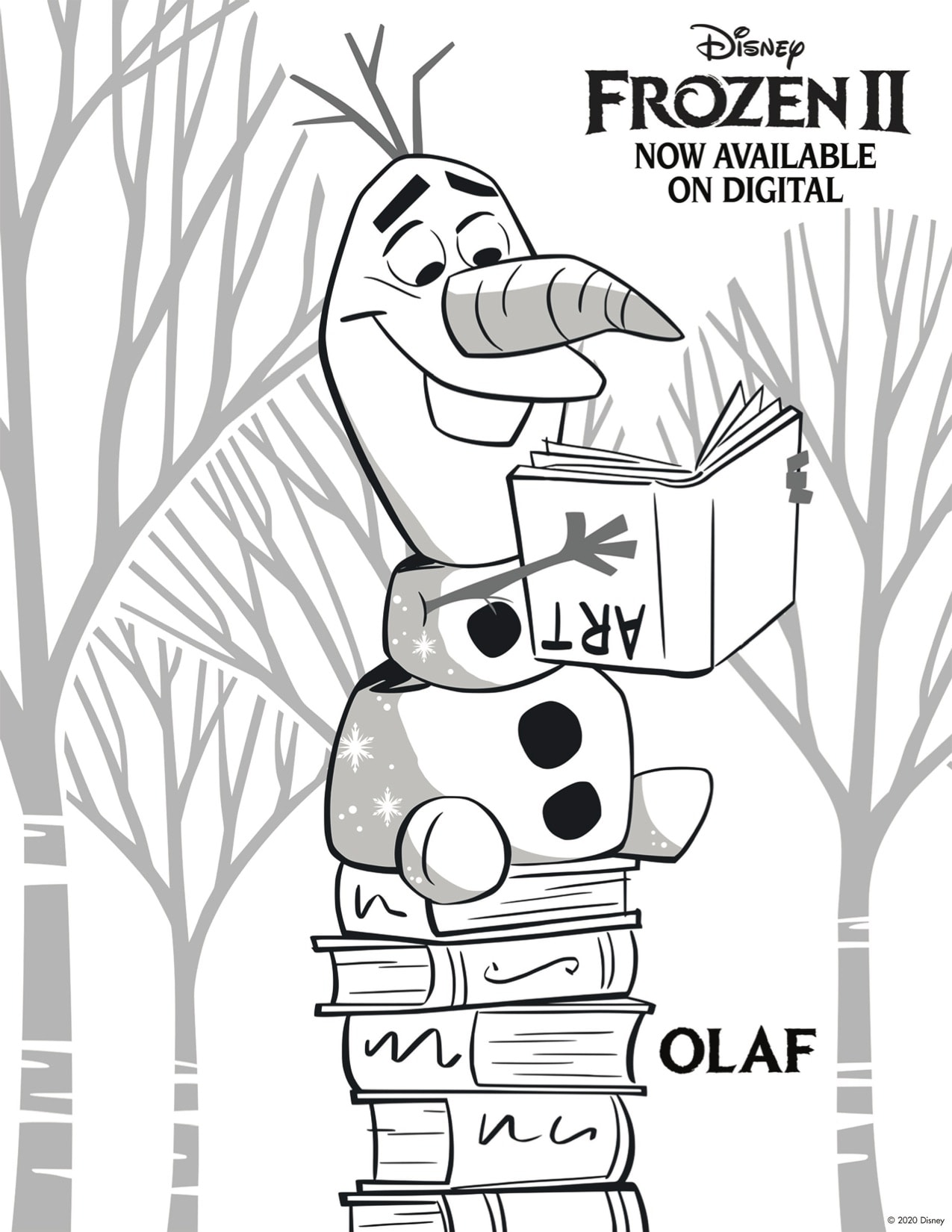 Print these Frozen 2 printables as many times as you like, so you can enjoy a cup of coffee while listening to the sounds of crayons on paper and not of siblings arguing. Another idea for family movie night is having the kids look for all the Frozen 2 Easter eggs scattered throughout the film.

Stream Frozen 2 on Disney Plus! 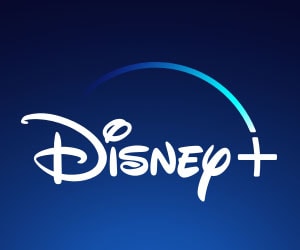 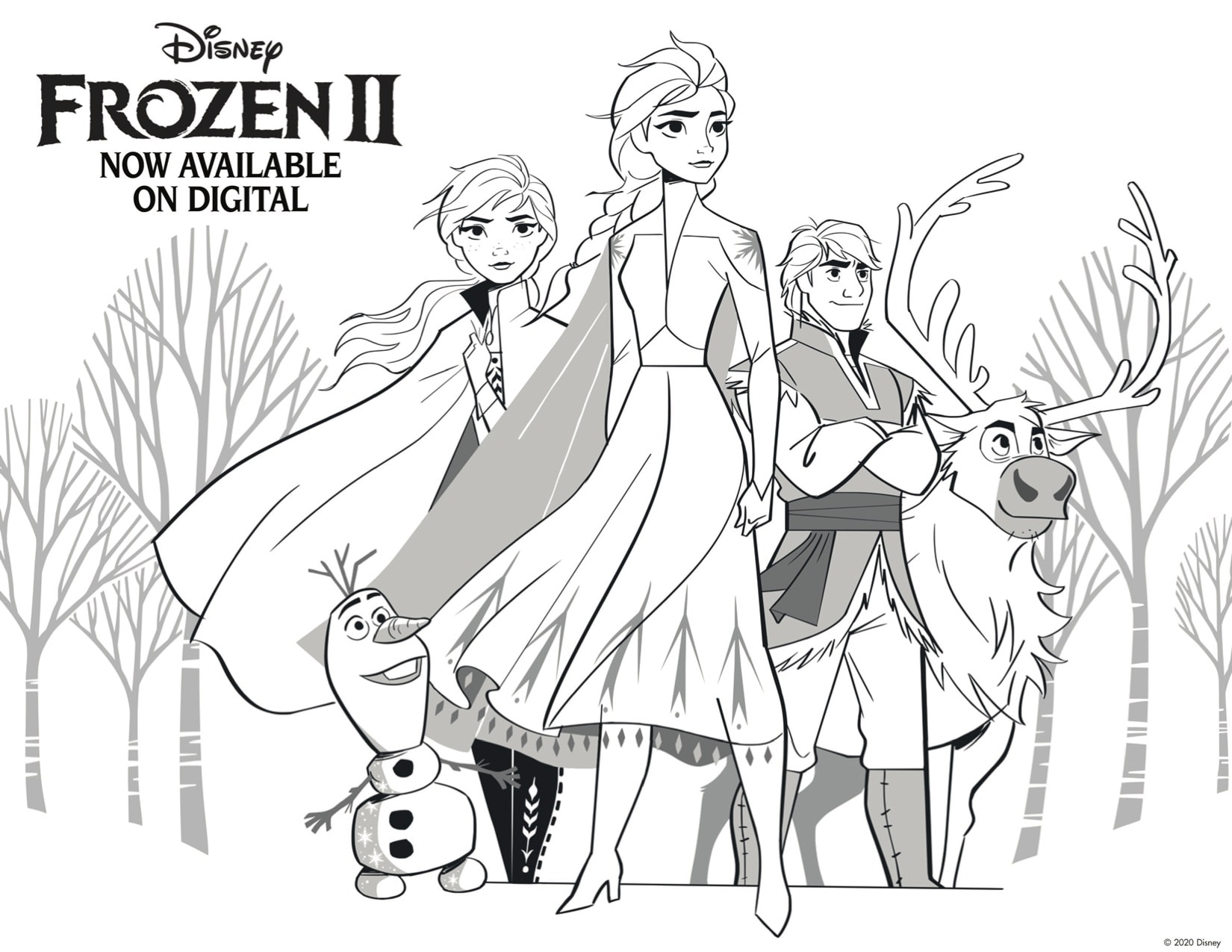 Must have Frozen 2 Toys and Games

With more days at home in our future, Easter, and birthdays, it would be fun to pick up these must have Frozen 2 toys and games.

Here is our complete list of the new Frozen 2 dolls, playsets, and games the kids will love. 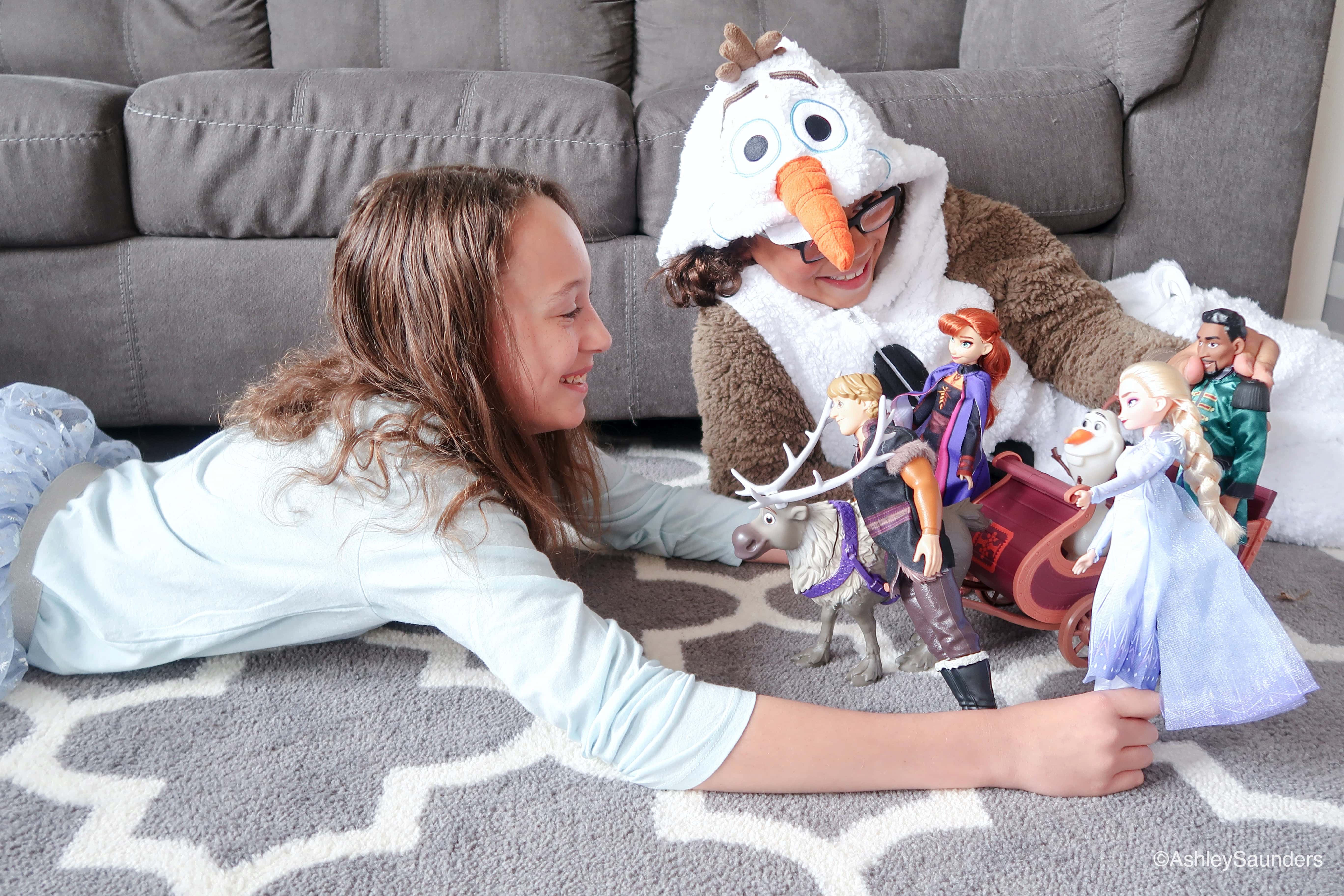 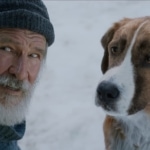 Call of the Wild is now available to own on Digital HD! Bring home the movie that took us all for a wild ride while showing us what it means to be true to ourselves. Then download our Call of the Wild free printable activities for the family to enjoy. 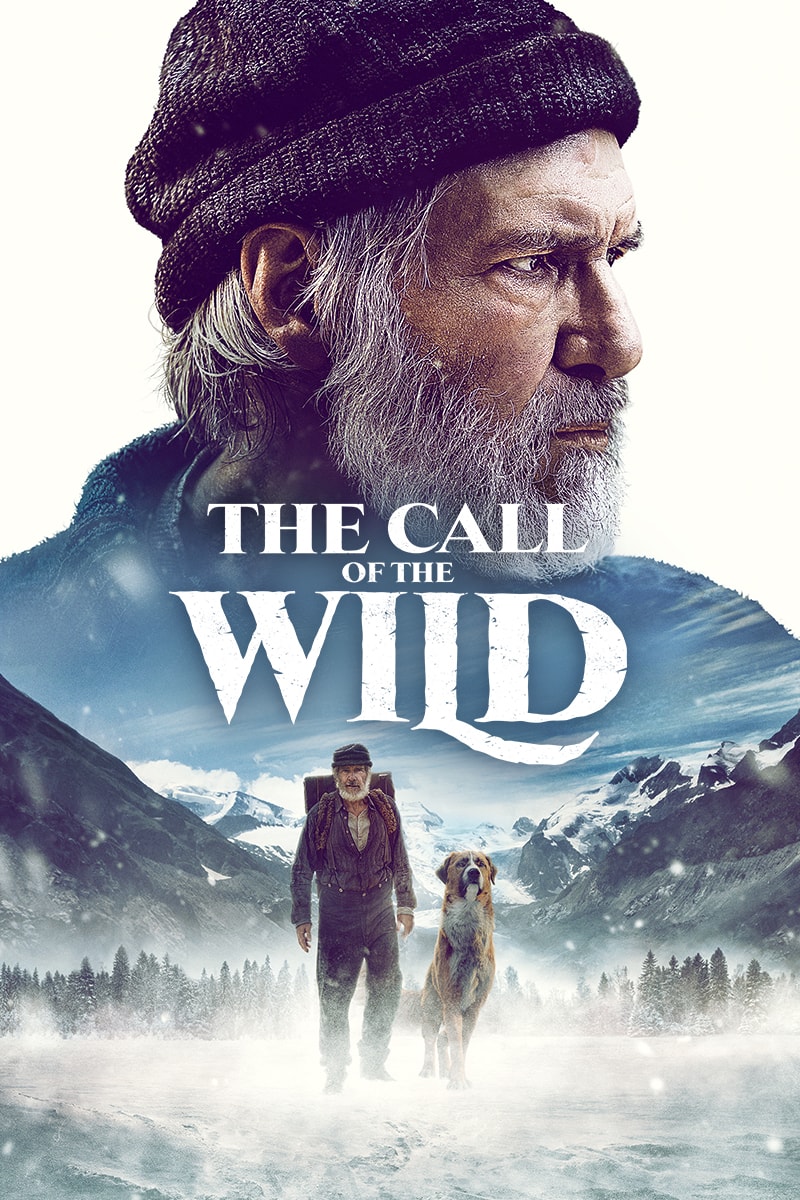 Call of the Wild on Digital

Call of the Wild is set in the last 1800s during the Klondike Gold Rush, and follows the story of Buck, a larger than life St. Bernard Scotch Collie dog. One fateful night, Buck is kidnapped from his home by a townsperson and sold to men who will take him north.

Get Call of the Wild on Digital from Amazon today!

Once he arrives in Alaska, he is bought but the kind mail delivery man, Perrault, who trains him to be part of a dog sled team. During his journeys on the mail team he encounters the good-hearted loner John Thornton.

John is searching for something within himself, to fill the void of an immense loss. Reunited after some harrowing instances, Buck and John set out to explore the unknown, to go off map and truly answer the call of the wild.

This film showcases the kind of determination we can all have when faced with overwhelming circumstances. Like another rugged stray we know and love, don't tell Buck the odds.

Even though in my parent review of Call of the Wild I cautioned against younger viewers, that doesn't mean that they can't still enjoy the fun parts of the film. These free Call of the Wild activities are perfect for all ages! 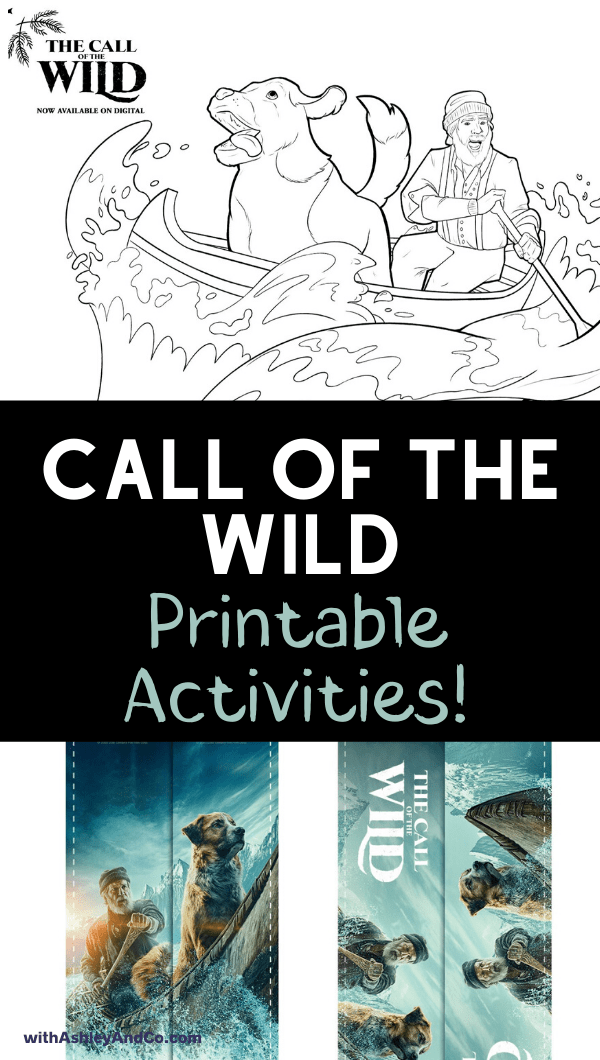 Download your Call of the Wild Free Printable Activities. These include bookmarks, a maze, coloring sheets, game, and more! We also have a ton of other great movie themed printable activities for the family. 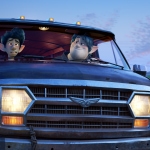 Did you hear the news? Disney Pixar's Onward will be available to buy digitally and on Movies Anywhere beginning today at 5:00pm PST/ 8:00pm EST and starts streaming on Disney+ on April 3rd in the U.S.! To celebrate that magical moment, check out these free Onward printable activities!

Onward is a magical, heart-warming family adventure that will capture the imaginations and entertain audiences of all ages. This is a Pixar film though so grab your tissues for this one if you haven’t already, because beyond the laughs and the fun, Onward has something to teach us all about love, loss, and the meaning of family.

Onward embodies the magic of Pixar’s storytelling. It takes a story about brothers getting a once-in-a-lifetime opportunity to reconnect with a love one and teaches us what it truly means to be a family along the way. Combining a heartfelt story with beautiful animation and equally captivating score, the audience is filled with heart bursting emotion and awe. 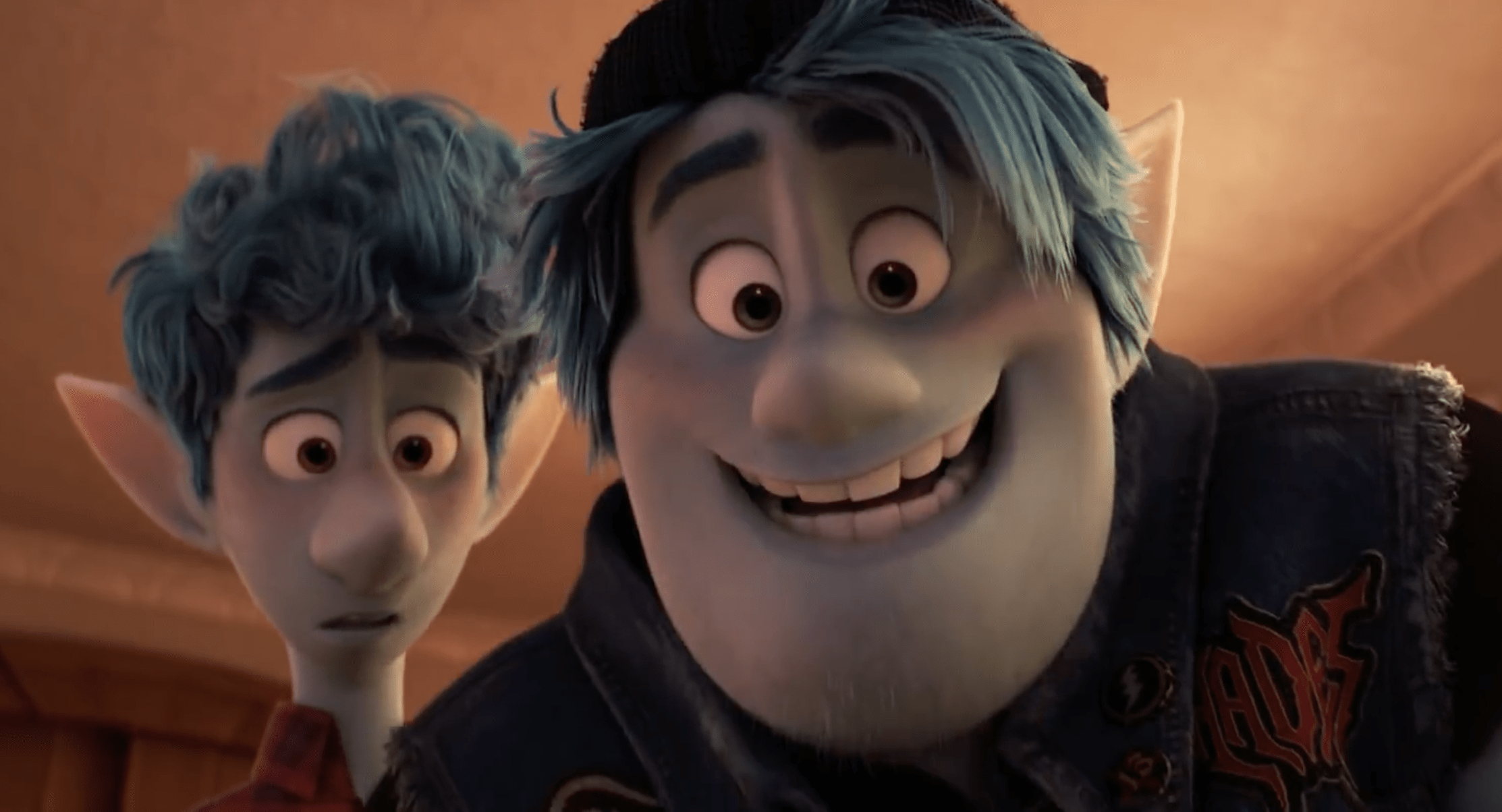 One of the things you can do to level up your magic movie night is by downloading these free Onward activities. The kids are going to love them and it gives you something to do as a family. Compete in a memory game contest, see who can get through the maze the fastest, or put your coloring skills to the test. 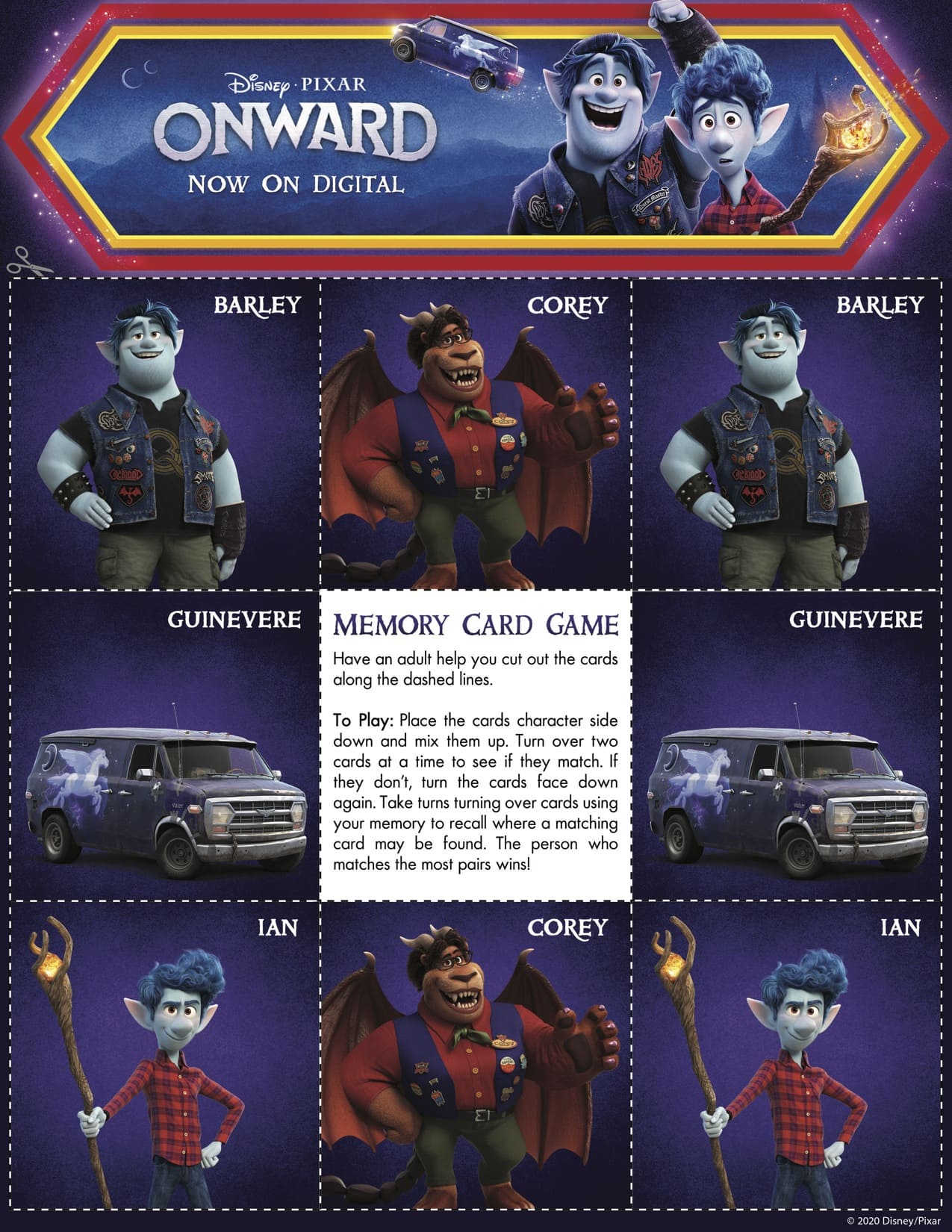 Another fun activity we like to do in our house is look for movie easter eggs. Pixar is notorious for hiding ones throughout their movies. Now you can choose to play without cheating or you can allow me to assist you in beating your family and friends.

If you want a leg up on the competition, read my Onward Easter Eggs You May Have Missed. Totally up to you, no judgement here. I will say I think adults deserve a win after everything that has happened this last week. Just saying!

For more ideas of what to watch on Disney+ check out: Everything You Need to Binge Watch on Disney Plus Right Now