There has been an awakening. A $760.5M in 20 days awakening. Star Wars The Force Awakens became the highest grossing film of all time in the domestic market and it crossed the $800M mark at the international box office. Hold on R2 this is going to be a ride!

I am not shocked the film has done so well in such a short period of time. It is the movie we have been waiting for. While I was not old enough to see the originals in theaters I have been a fan of a galaxy far,far away for as long as I can remember. Princess Leia was my hero, Han Solo the lovable bad boy, and yes I thought the Ewoks were cute!

So if I loved it (and I did) what has taken me so long to write this review. You have to understand, I had to come down off my excitement long enough to begin making full sentences that consisted of more than just OMG it was AWESOME! Then there was Christmas, New Years, and getting the kids up on the first day back to school. Plus I wanted to see it again. Two times?! Yes two times. And if you think that is a lot I have some friends who have seen it 5 times you should meet. 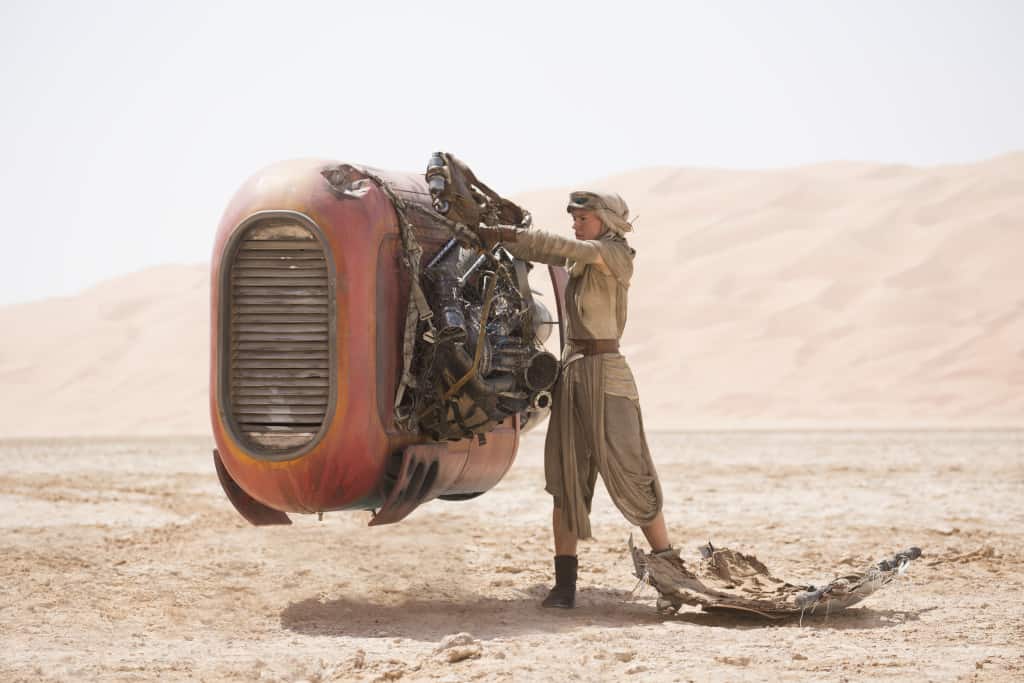 I feel there is nothing for me to write about the movie you haven't already heard: amazing, visually stunning, brings the audience back to the Star Wars universe we know and love… it is all those things and more. It is a movie that spans generations and invites new Padawans to explore the possibilities of the galaxy. But I will share why I think you should see The Force Awakens more than once.

With movies that are layered like this one, and not just within this particular story but layered across a cinematic universe you need to view it more than once. There is no way humanly possible to see it all the first time. I JUST caught a split second of foreshadowing about Vision in Age of Ultron the other day. I must have blinked in that second every other time I was watching. 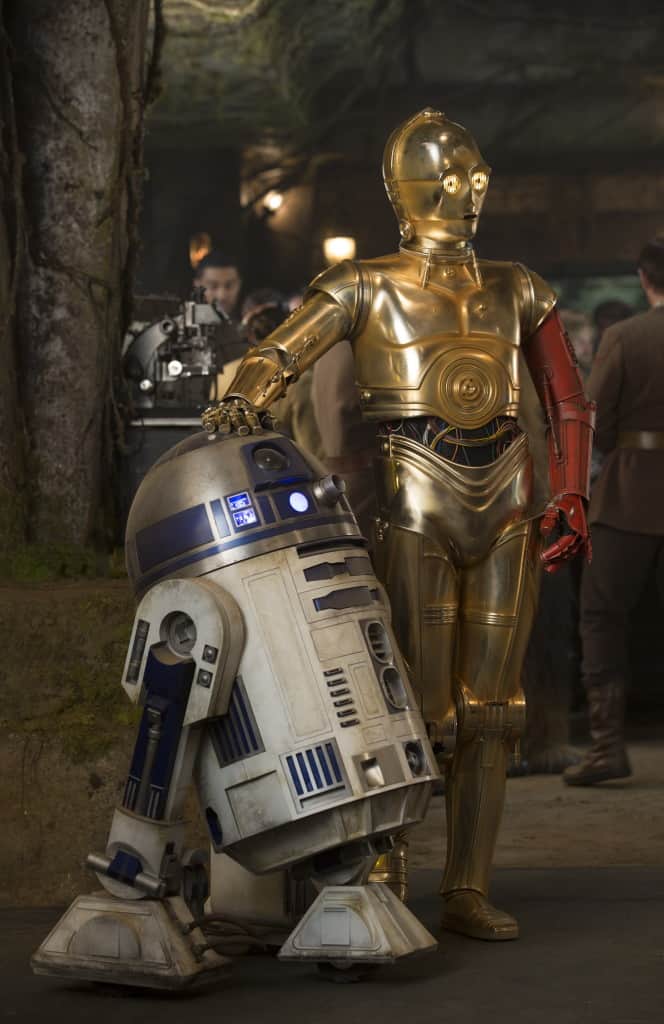 Foreshadowing can also be better appreciated the second time around, since you know what they are talking about. It allows for a greater understanding and presence in the moment.

We all know Star Wars has a lot going on. The first viewing you are watching for the overall story: Who is Rey? Is she strong with The Force? Where is Luke? Kylo Ren why does he have this weird obsession with Vader? Did anyone remind him Vader turned back to the Light at the end? After you know what is going to happen you can start focusing on the side and background. That little piece of something slightly off center, we know you are there for a reason. And now we will spend hours debating it's significance online.

I know I wrote there isn't anything I can say that hasn't been said. While that is true I cannot end this without briefly discussing the characters.

Hands down my favorites will probably always be the original cast. However, Rey is AMAZING! She is poised to be the new role model for girls and I love that. She is a tough, smart, and very strong…willed…girl Ahem moving on. Kylo Ren, with his Vader obsession, is a very complicated villain. Much like Vader had to deal with inner turmoil especially as a young Jedi, Ren has the same issues. His temper tantrums would make Anakin proud, but I wonder once he becomes as powerful as he potentially could be will he also choose to come to the Light? Like I said someone should remind him Vader did that, just saying Ren. 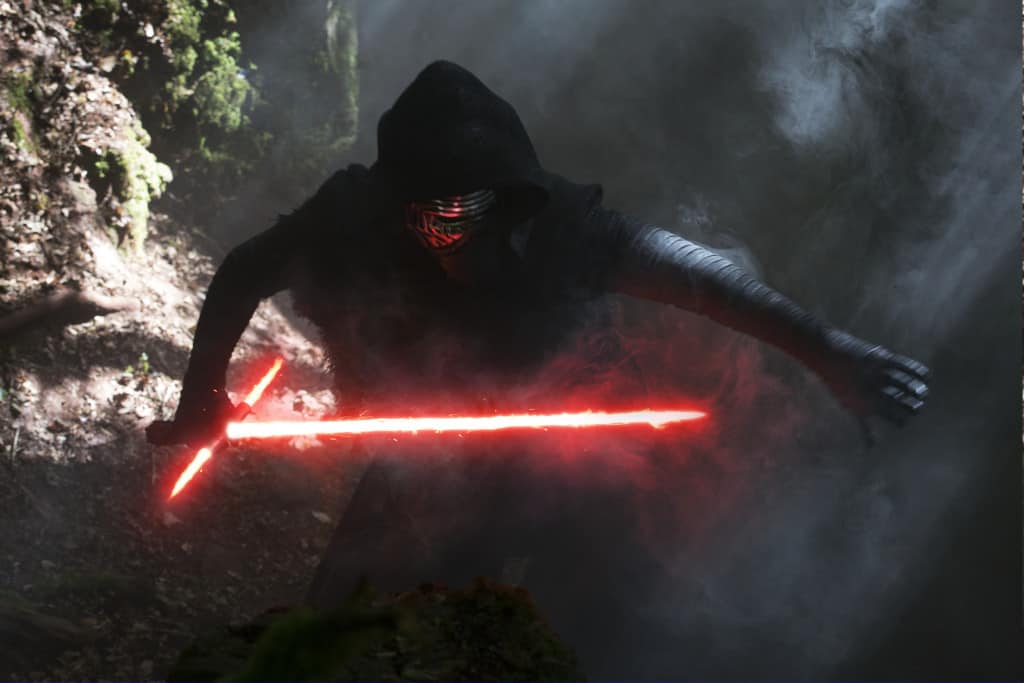 Poe, while one of the least developed new characters in the movie he stands out to me. I loved his wily remarks, very Solo-esq, X-Wing pilot skills, and his relationship with his droid is like a man with his dog and I am a sucker for that. Captain Phasma had some nice presence, I hope to see more of her in the next one. Finn did a lot of growing up in this movie. It was nice to see the change in him as it progressed and I think he will continue to become the man he wants to be and not the one the First Order trained him to be. BB-8 is TOO CUTE!

One last thing: If you can, go see The Force Awakens at least once, in IMAX 3D. It is like being on Star Tours for the whole movie!! I may or may not have tried to get my seat to move when we jumped to hyperspace…

Download these free Star Wars Coloring Sheets and Activity Pages for the young Padawan or Storm Trooper in your family! 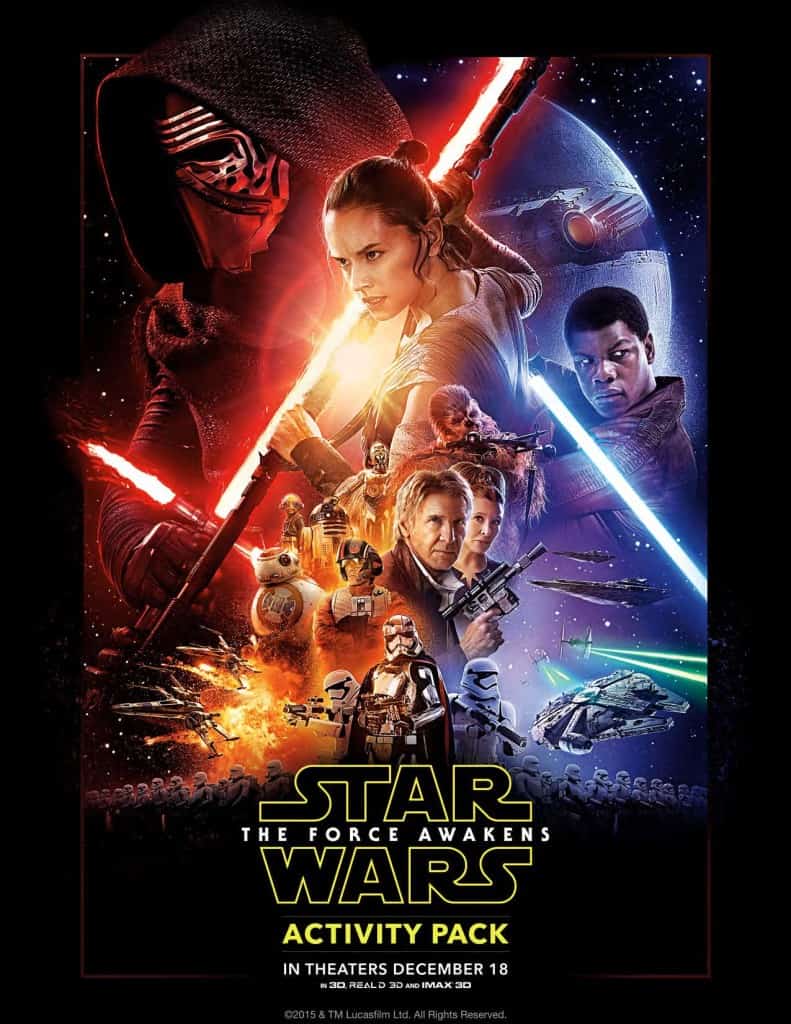 Whether you haven't ventured into the galaxy yet or this will be your *th time I know you will have an amazing adventure.