Is it a pirate's life for you? Then you might want to listen up! In the Magic Kingdom at Walt Disney World, there is a super fun show called Captain Jack Sparrow's Pirate Tutorial where he picks kids to join his crew!

This is one of the shows we always make time for on our trips. It is hilarious! Before the show this time, we made our first appointment with The Pirate's League, think Bibbidi Bobbidi Boutique for pirates. He loved it and was dubbed Tom Sharkstank by the pirates. 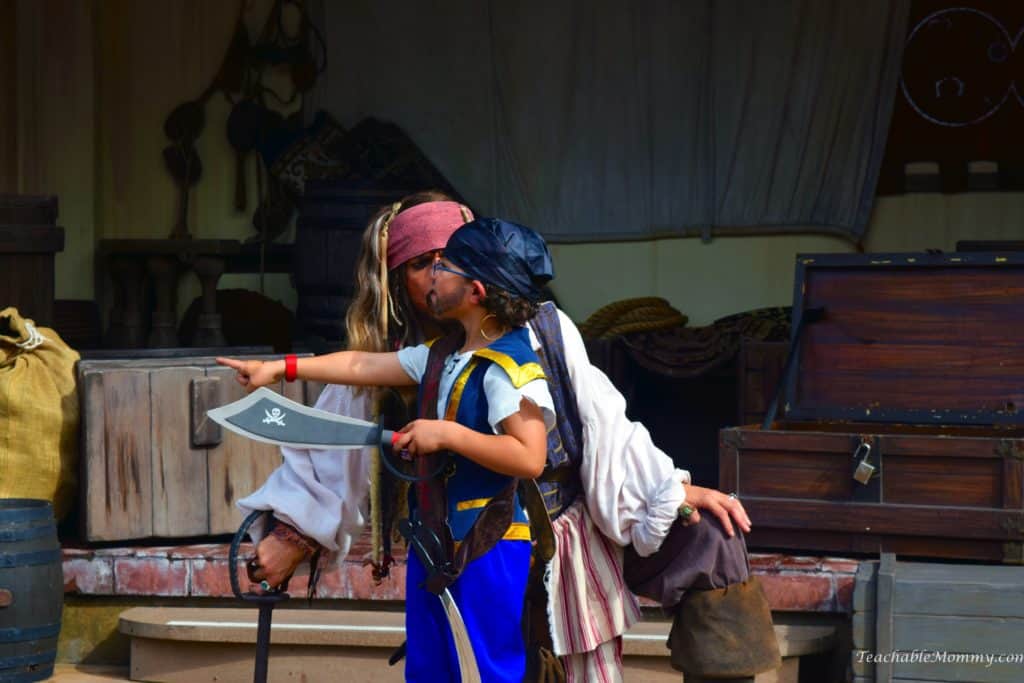