The first look at Jungle Cruise is here and it has everything fans of the Disney attraction could want- puns, the 8th wonder of the world, Emily Blunt, and The Rock. I wonder if Disney is going to have their skippers board the boat the way The Rock did? Just saying…

Inspired by the famous Disneyland theme park ride, Disney’s Jungle Cruise is an adventure-filled, Amazon-jungle expedition starring Dwayne Johnson as the charismatic riverboat captain and Emily Blunt as a determined explorer on a research mission. Also starring in the film are Edgar Ramirez, Jack Whitehall, with Jesse Plemons, and Paul Giamatti.

Emily Blunt is stunning as always, bringing all her sass and literally punch to her role. I can’t wait to see more of her and The Rock together on screen. Speaking of The Rock, he is an excellent Skipper, and I would know I’ve been on the Jungle Cruise too many times to count. Luckily I’ve always made it out alive despite the natives and hippos. 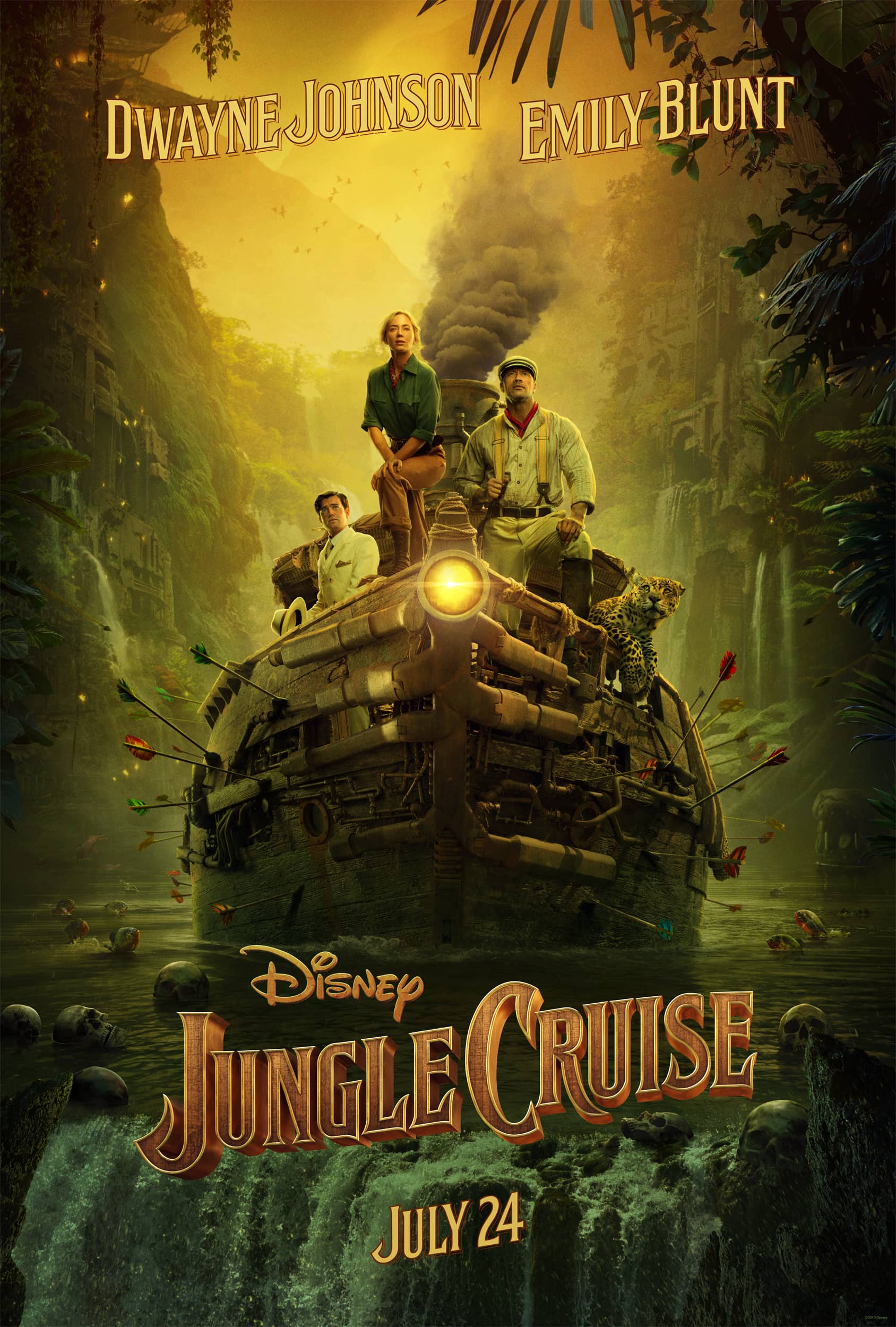 Ashley is a former teacher turned mom of one girl and one boy. She describes herself as almost crunchy which means she lives a healthy, natural life all while driving her SUV.
More about Ashley →
Previous Post: « New Pixar Onward Trailer | Meet Dad Well Sort Of
Next Post: Tristan Strong Punches a Hole in the Sky Review »

Merry Christmas from our family to yours 🎄 . .

Guys, whether you are waiting on your girl to take