Girl power abounds in Enola Holmes, Netflix's latest film based on the book series by Nancy Springer. Fans of the books will be delighted to see these characters on the screen while newbies will want to immediately buy all the books. Enola Holmes delivers the mystery, fun, and action that makes for an ideal family movie. 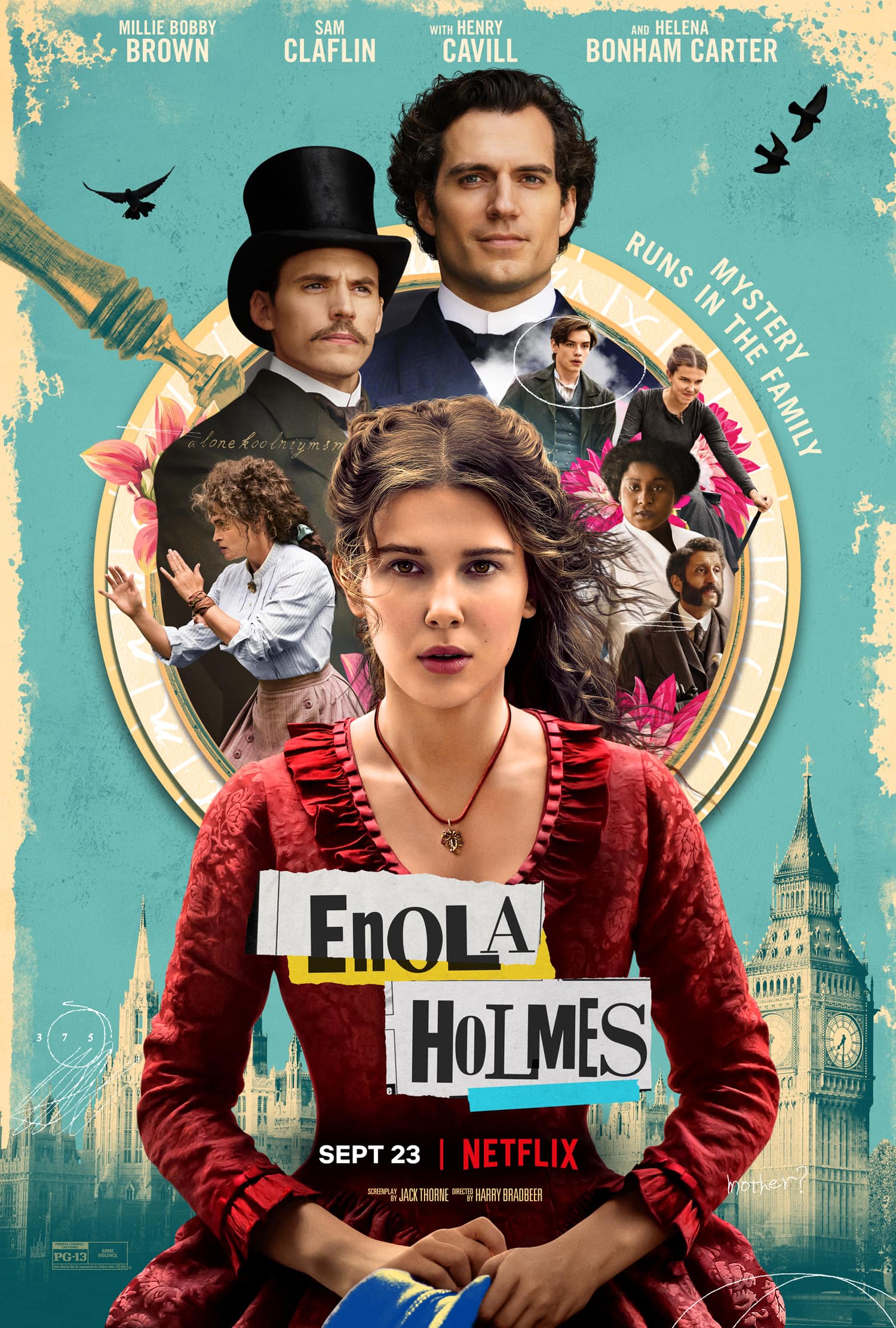 On the morning of her 16th birthday, Enola Holmes wakes to find that her mother, Eudoria has gone missing. Being left alone in England in 1884 is not ideal for a young woman, so her brothers are summoned back to the house. Mycroft and Sherlock, yes her brother is the Sherlock Holmes, arrive and immediately try to make things right. For Mycroft that means sending Enola away to finishing school to make her a proper young lady while Sherlock begins to piece together the clues that might lead to their missing mother.

Enola takes her destiny into her own hands, as her mother taught her, and chooses to run away to find Eudoria. It's then when she happens upon the young Viscount Lord Tewksbury who has also run away from home. With her brothers on her tail and her goal to find her mother in mind she does not have time for Tewksbury or his problems. But when she discovers that his life is in danger, all that begins to change. 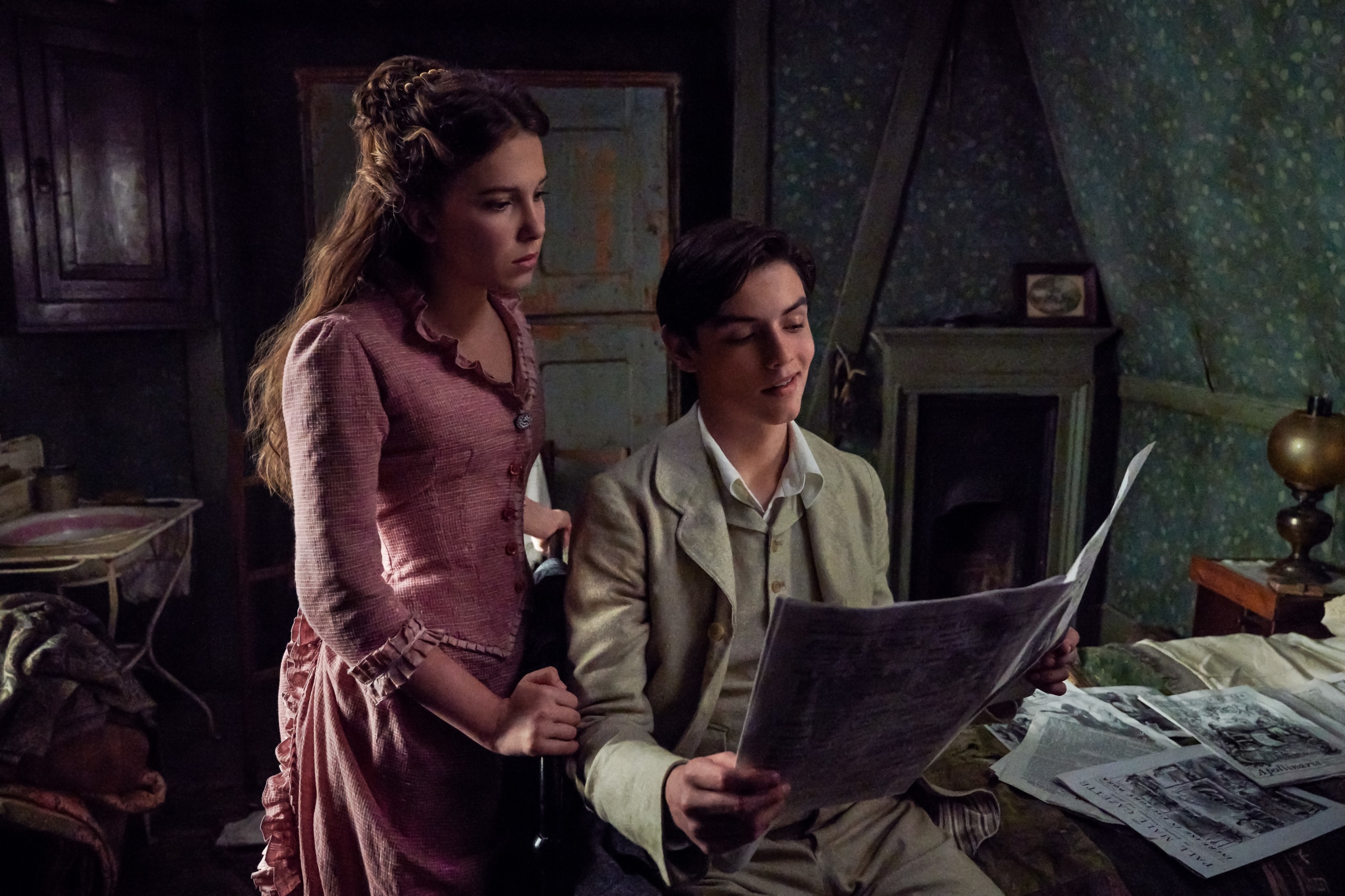 When movies are adapted from stories they can either go right or terribly wrong. Books usually included multiple storylines and subplots within plots. All of that can be difficult to translate in the space of 2 hours. Although the storylines of Enola can seem convoluted at times, especially for younger viewers, overall the cast delivers memorable and engaging moments throughout the film.

Millie Bobby Brown is absolutely brilliant as the title character. She brought Enola's charming, bright, and strong-minded self to life. Breaking the 4th wall can come across cheesy or overdone in some cases, but in this movie, Brown effortlessly switches back and forth between addressing the viewers and being in the moment of the scene.

Sherlock might be the most notable family member, but in the end Enola becomes a super-sleuth in her own right, impressing her brother and the audience with her deductions.

Speaking of big brother, Henry Cavill's portrayal of Sherlock is refreshing. He is warm hearted and even loving beneath that always observing surface. The closeness he feels for Enola and the almost reluctant affection she has for him in return makes for some memorable exchanges. 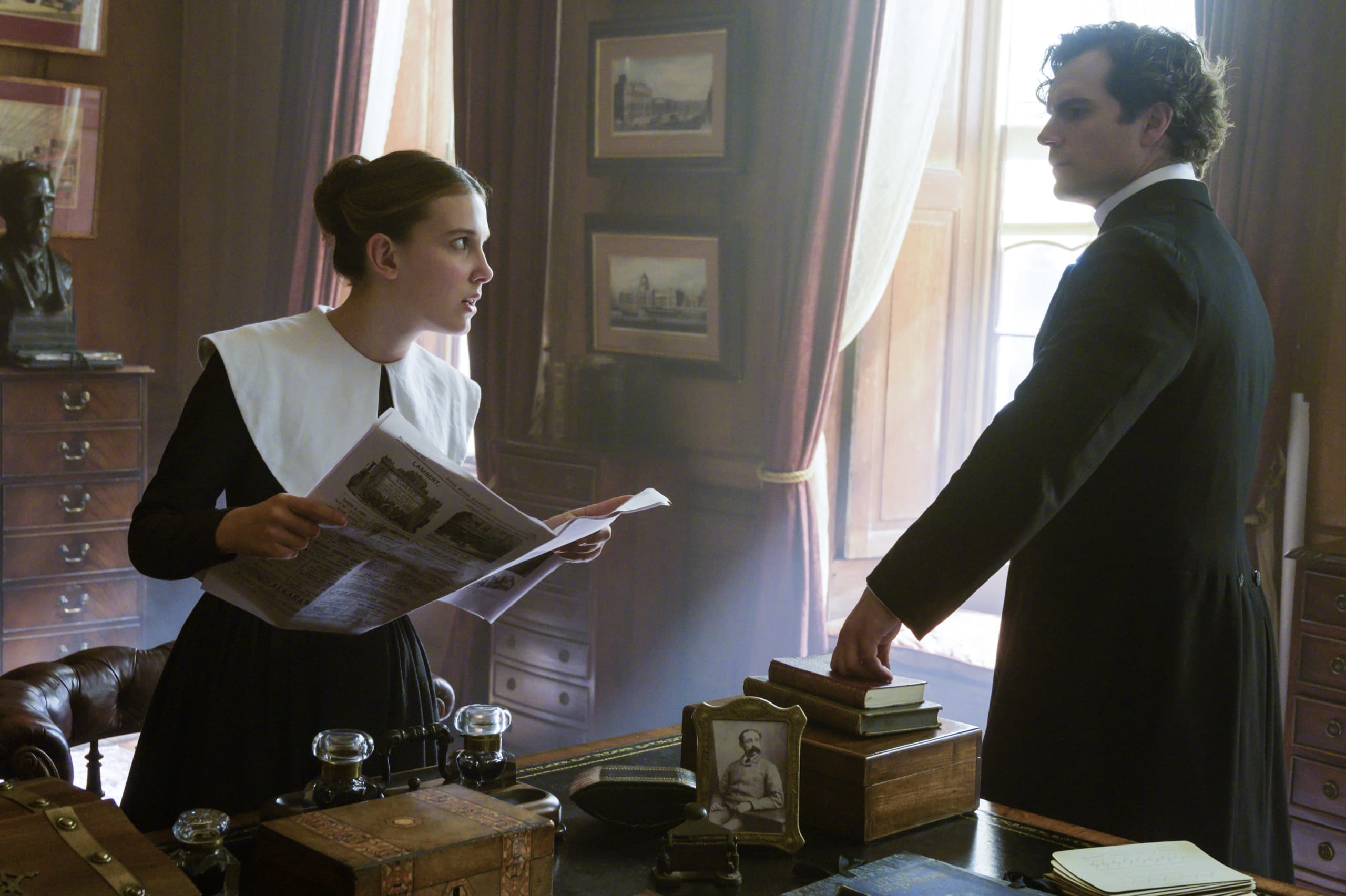 Mycroft is essentially the villain of the story, at least in the eyes of Enola. He represents the old ways of society, the status quo, the thing she needs to overcome to make her own path. Eudoria has trained Enola to be more than what society expects of her, to forge her own way in the world. The flashbacks showing mother and daughter bring warmth to that relationship and showcases why Enola is so adamant about finding her mother.

Viscount Lord Tewksbury might be a boy with a title but he is also someone who doesn't walk the path the world wants him to. He sees things for himself, in a “new” way, this endears him to Enola and the two of them together are sure to have some great adventures. And what adventures they could be! With more books to adapt and this endearing cast, I hope to see Netflix make more of these films.

I always like to look for little lessons we can all take to heart in films. Eudoria's various encouragements to Enola throughout the film are not just for her but for us as well. There are two paths- yours or the one others choose for you. And maybe even more noteworthy: Our future is up to us.

Enola Holmes is available on Netflix starting September 23, 2020. It is rated PG-13 for some violence.