I would ask if there is any Frozen fans in your house but that would be a silly question! We are big Frozen fans and when I heard that Disney On Ice was bringing Frozen to life I could not wait to see it. As shocking as it might seem, I have never seen Disney On Ice. Crazy right? Seeing Frozen on ice will be an amazing family experience!

Disney on Ice presents Frozen! will be coming to the DC, MD, and VA area next month at the Patriot Center and Baltimore Arena! Not only will be transported into the snow filled world of Arendelle but a few of my other Disney favorites are making special appearances too. We cannot wait, hurry and gran your tickets today before they are all gone!

Enter a fantastical winter wonderland beyond all imagination at Disney On Ice presents Frozen! The heartwarming, Academy Award-winning tale you love is now LIVE and skating into your town. You’ll be magically whisked away into the wintery world of Arendelle, where you will be dazzled by amazing special effects and astonishing skating. Sing and dance along to your favorite songs, including “Do You Want to Build a Snowman” and “Let It Go.” Join royal sisters Elsa and Anna, the hilarious snowman Olaf, huntsman Kristoff, his loyal reindeer Sven and the mystical trolls as they journey to discover that true love is ultimately the most magical power of all! 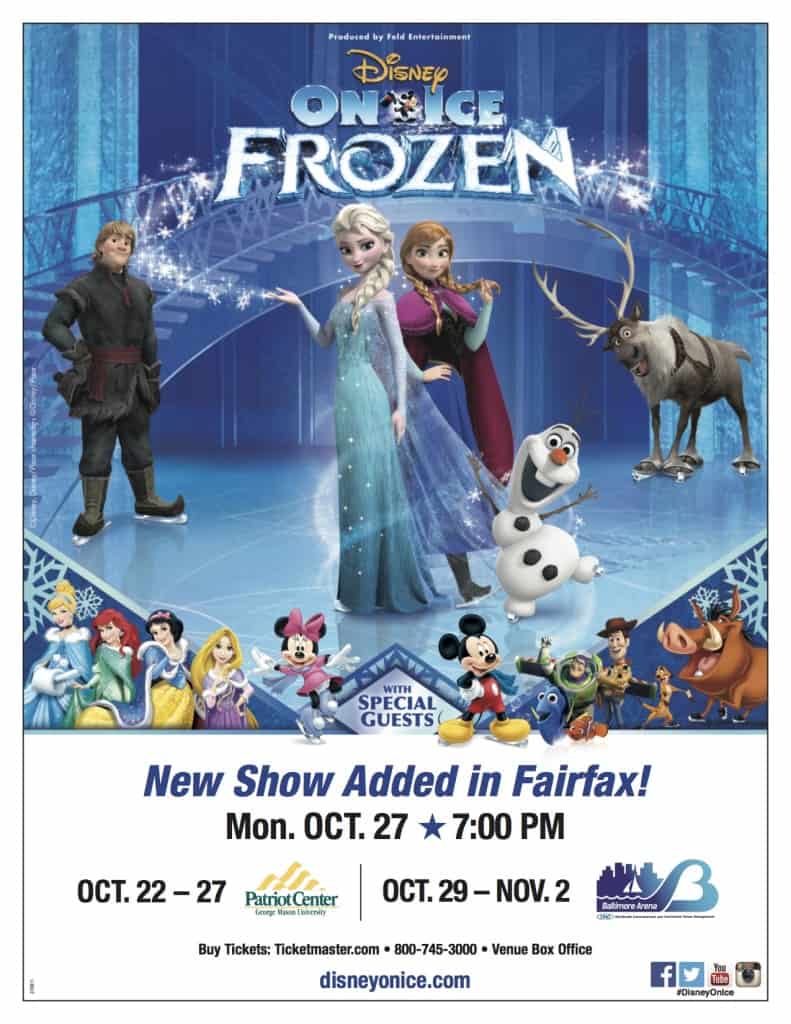 Venue/Ticket Information: Tickets can be purchased at all Ticketmaster outlets via charge, by phone at 800-745 -3000; via www.ticketmaster.com; at the Patriot Center box office and at BaltimoreArena.com. 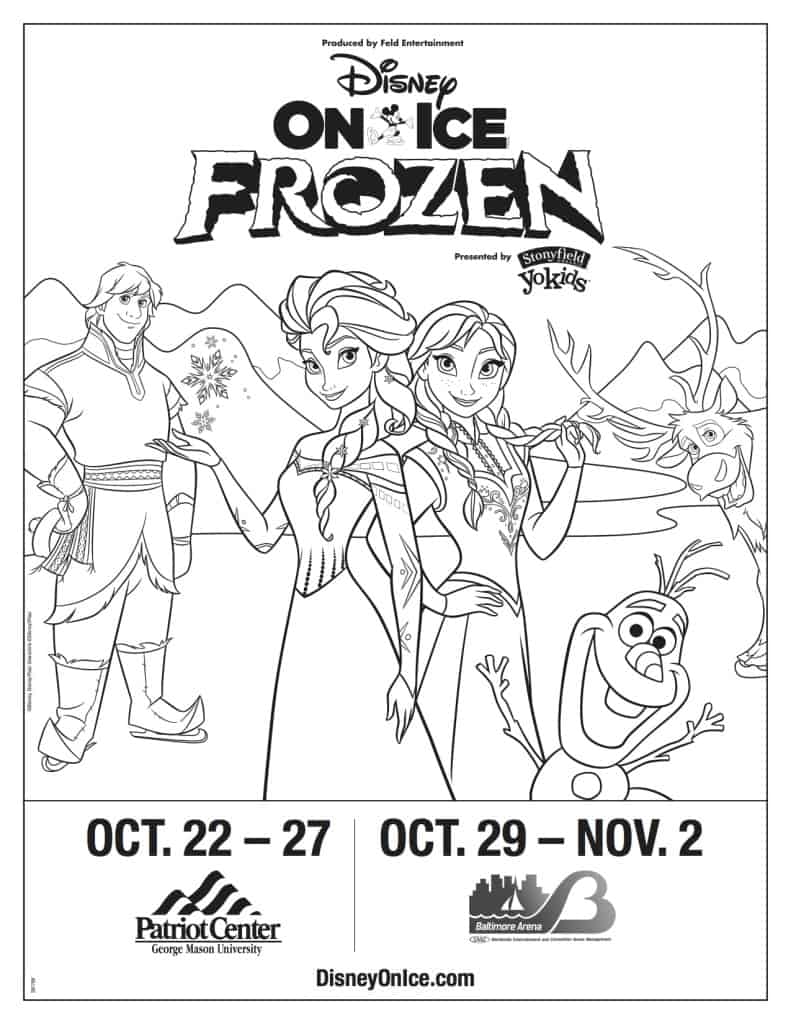 While the kiddos color that, enter to win a family 4 pack of tickets to See Disney On Ice presents Frozen! at the Patriot Center on Monday October 27th 2014!

I am a Feld Family Ambassador, and in exchange for this post and all time and efforts put into sharing my opinions and anything Feld Entertainment is offering, I was provided with complimentary tickets to Feld shows and opportunities to attend private Feld pre-show events. All opinions are my own. Feld is neither the a sponsor or endorser of this giveaway. The giveaway is god for the Baltimore Arena show on Monday October 27th 2014.