When I envisioned being a mother I thought about all the warm fuzzy times my kids and I would have. Snuggling on the couch, sliding down slides, the I Love You Mommy…

But I never thought I would find myself saying what I say on a daily basis. I'm not talking about “the because I said so” type statements. I mean truly crazy things that are no where to be found in those parenting books. 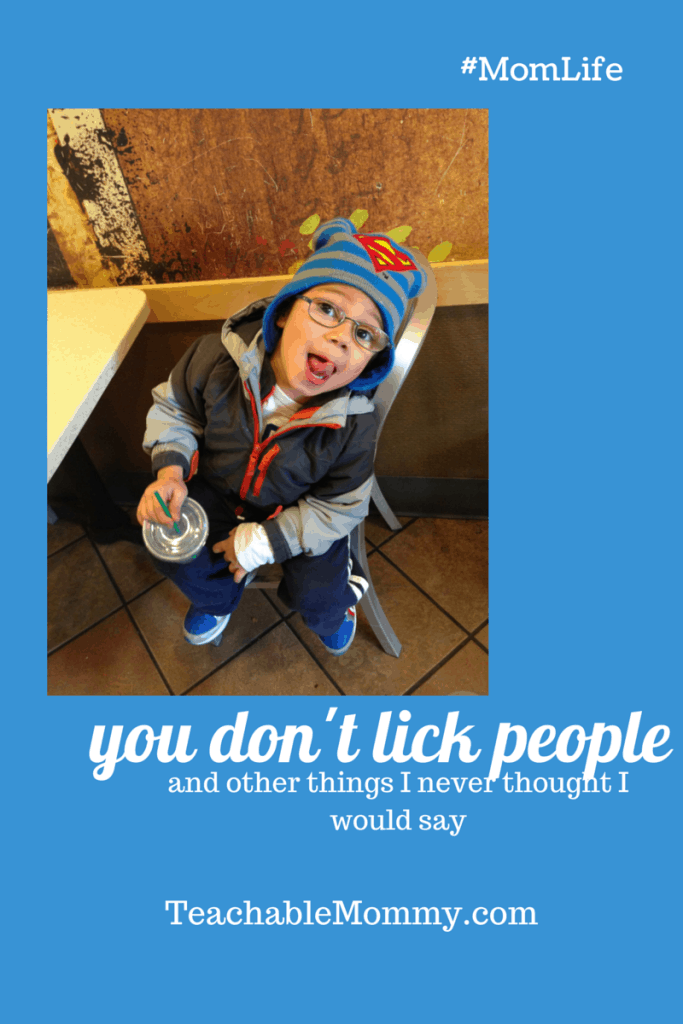 A little background. This child is 5. And he has been testing me since he knew how to move around. When my 7th grade teacher told me I would make a great lawyer because I liked to argue I did not think I would have to use those skills against my own son. Ready for a laugh?

Or the conversation that had me arguing with him that dogs and cats are not babysitters to human children. Refuted with You said they were older than me!

He informed me I needed to stop waking him up early in the morning for school. What I wanted to say was Too bad kid, I don't like it either but it is called life. However I decided to take this opportunity to discuss why he insists on waking me up early on the weekends. Why do you wake me up early on the weekends if you don't like to get up during school? Thinks about it. Because I want to get up and play. I have the perfect answer to that. You can play quietly in your room you know? Without missing a beat, yes but I want to play downstairs and you won't let Mystery watch me. Points him for bringing the previous disagreement full circle.

Someone send help or wine.

Dinnertime is a variety of chew with your mouth closed you're not a cow, stop humming, no mooing I said you are not a cow, and the list goes on. A few months ago he decided he didn't like salad. He has always loved salad. So who knows where this idea came from. You still have to eat your veggies. Throws his hands down. Ok ok Mommy, I know. I want lettuce, carrots, cheese, tomatoes, and dressing. Interesting. So you want salad? Huffs. No I don't want salad. I want all of these gestures to salad ingredients. I make his plate, salad included. He eats all of it. Good salad right? I say with a smirk. Mommy, you didn't listen, it's not salad it's lettuce with stuff on top. Shakes his head, walking away. While he has clearly dropped the subject I'm still repeating it's a salad! it's a salad! Lettuce with stuff on top is a salad! My husband just looks at me like let it go.

Do not touch what is not yours. I realize that's a common one but when you have to repeat yourself changing out the word touch with lick, bite, smell, place a finger on, or put your bottom on that's when you know he is winning and it's time for Mommy to have a spa day.

Finally there was this gem of a moment that happened one morning as we were getting ready for school. You can't see what you're doing with underwear on your head. *Giggles* Take off the underwear! Rips them off head and runs away in his birthday suit. Put them on no one wants to see your bottom. Stops, stares at me and replies You TOLD me to take them off. See I'm listening. Runs away.

I am not sure who is winning this war at the moment. You know I would like to say me, but somehow somewhere I think he gained a few wins on me. The bright side to all this is that my debate skills are honed and I am ready to take on anyone who is not going to run around with underwear on their heads.