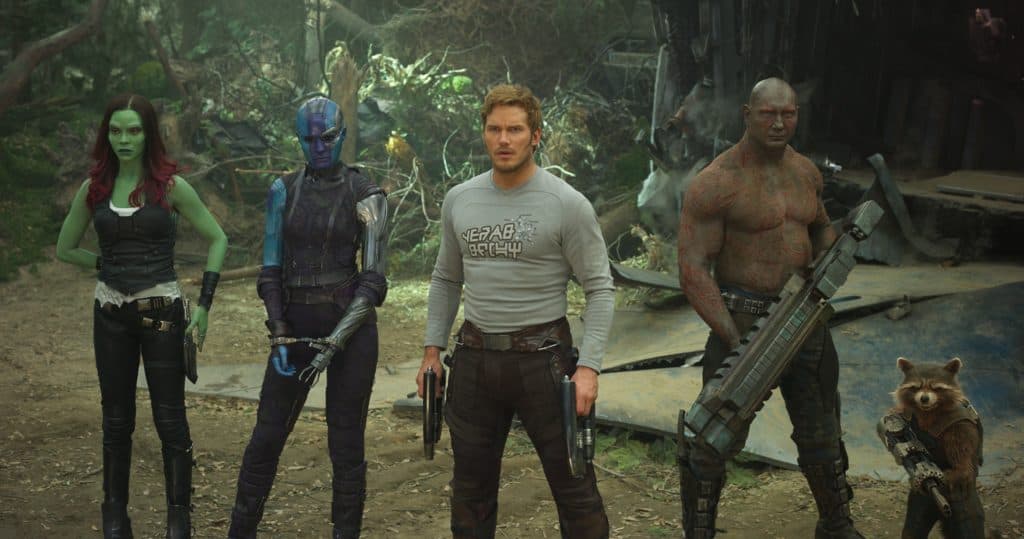 So we're saving the galaxy again?

Then the teasers started. The music, posters, and Kurt Russell as Peter's dad. Umm yes. All the yeses to yes. After the trailers and TV spots were released, I went into the theater confident that James Gunn was going to blow our minds a second time. And I was right. 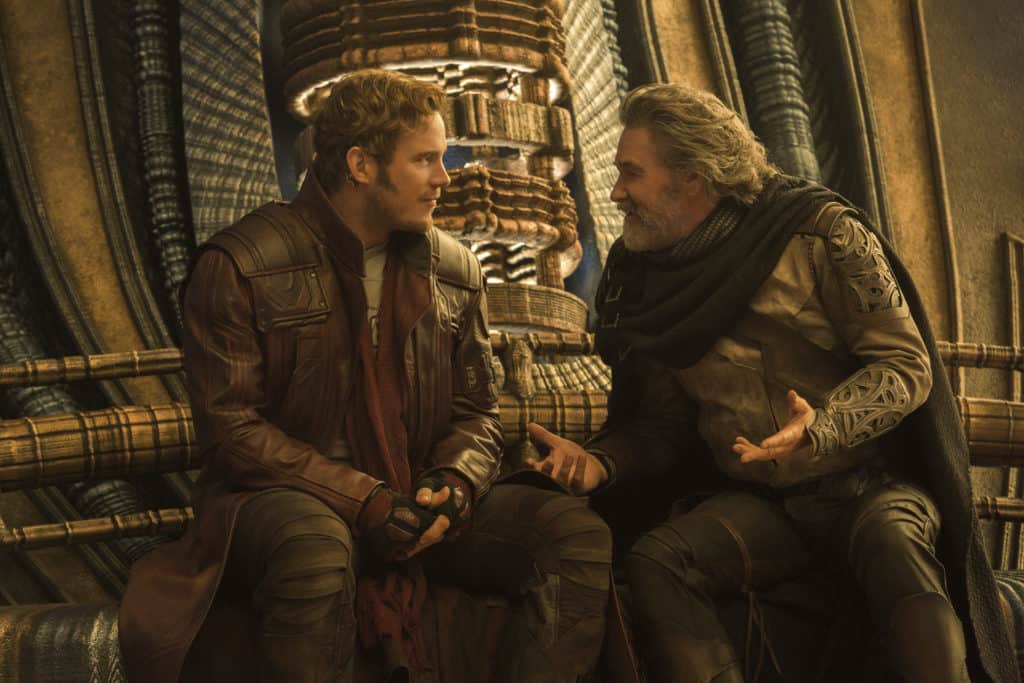 Do I dare say, I may even like this one better than the original?! Whaaaaaaaat?

Vol 2 picks up a few months after the first film ended. Peter Quill a.k.a Star-Lord and our favorite group of misfits are busy with mercenary work, patrolling and protecting the universe. Everyone wants to hire them after their famous save of Xandar.

“At the core of the film, the Guardians are a group of outsiders who come together and find a way to make it work.” – James Gunn

But Rocket gets them into trouble and once again they are being pursued all over the galaxy by some not so nice people. Along the way we encounter some familiar faces, new villains, heroes, Ravengers, and of course Ego, Peter's dad. 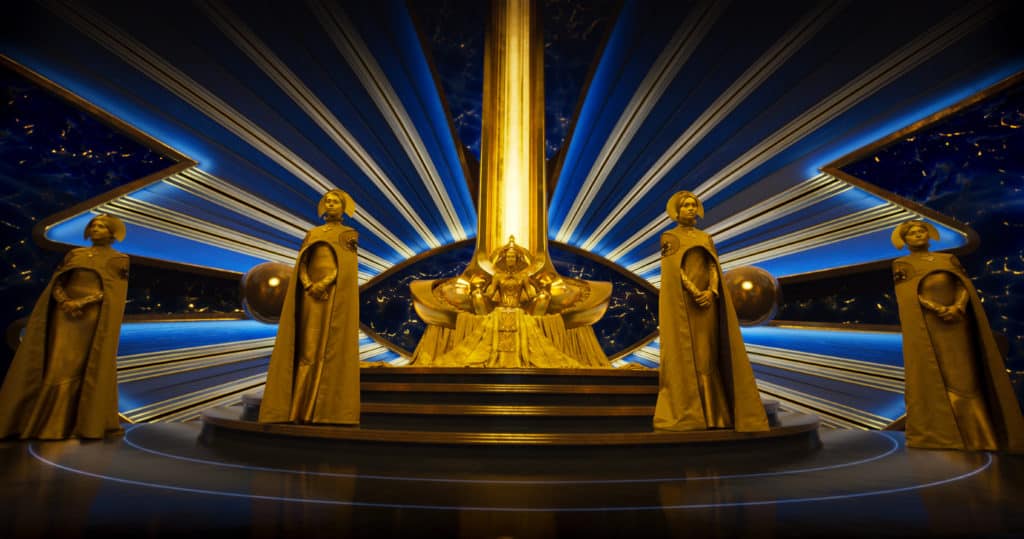 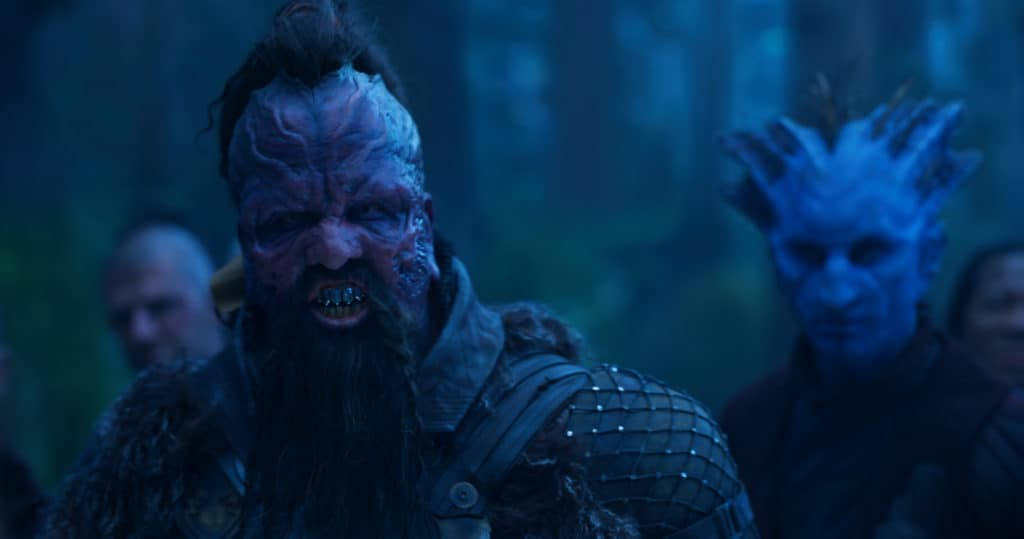 Psst… that is Toby from This is Us! A lot less friendly and funny here.

What I really loved about this movie, and even the first one, is that not only are they an epic, visually stunning, hilarious adventures, but they pack a lot of heart. Vol 2 hits you in the feels more than the original. Seriously, I was not expecting to cry during the first but then he read the note from his mom and boom, tears. 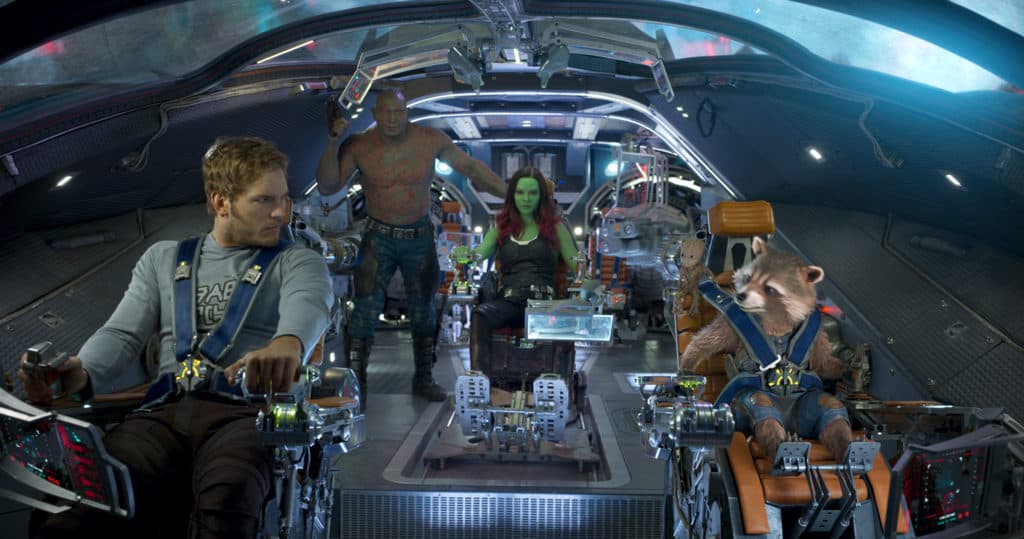 Vol 2 sees all the characters growing within themselves, and dealing with past demons. We learn a lot about them, why they made certain choices, and what they really wanted all along.  No long monologues, but conversations and a few quiet moments that show us more about the Guardians than ever before.

For Peter, he is coming to terms with who he thought his father was with who is standing before him. He feels abandoned, hurt, and ultimately relief at finally finding Ego and his home. 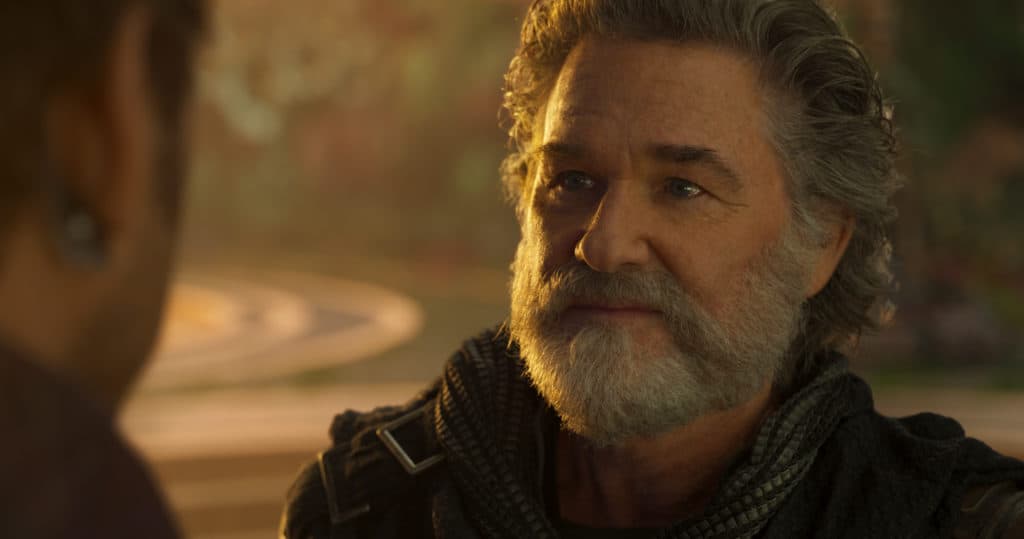 Gamora and Nebula. These sisters have a lot to work out, and anyone with a sibling knows, rivalries run deep. Do they want to kill each other? Is Nebula really such an awful person? Gamora also is trying desperately to hold her family together. Like a mom, she just wants them to get along and stop with all the fighting.

Drax and Mantis are pretty innocent, awkward, and dealing with their own inner sadness. Together they form an unlikely friendship that is actually pretty beautiful at it's core. 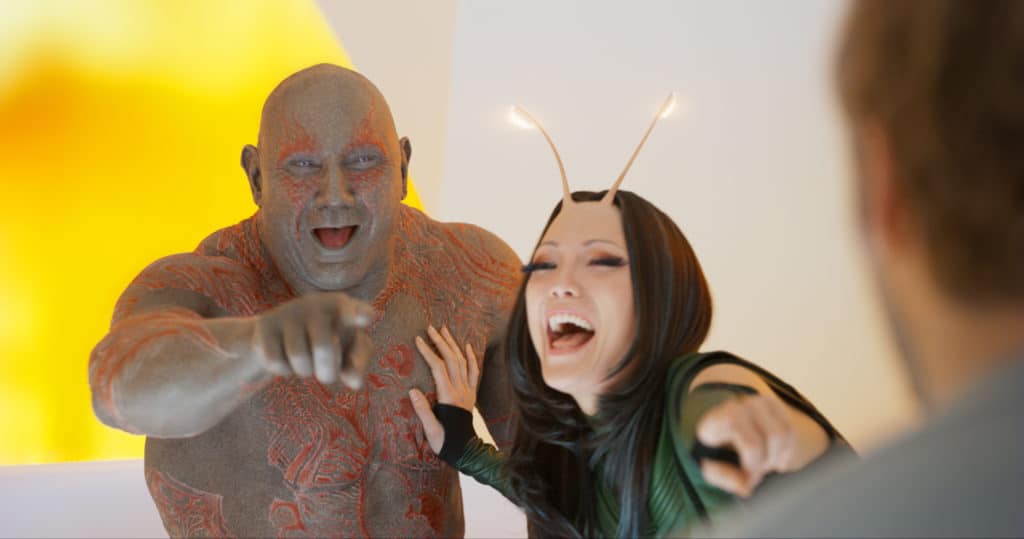 Rocket has always been a tough guy, er raccoon, but he learns that being a hard-a isn't always the best way to be. Ironically, it is Yondu who helps Rocket dig deep within himself. He goes through a lot of growing in this film and you can't help but want to hug him by the end. But watch out he does bite. 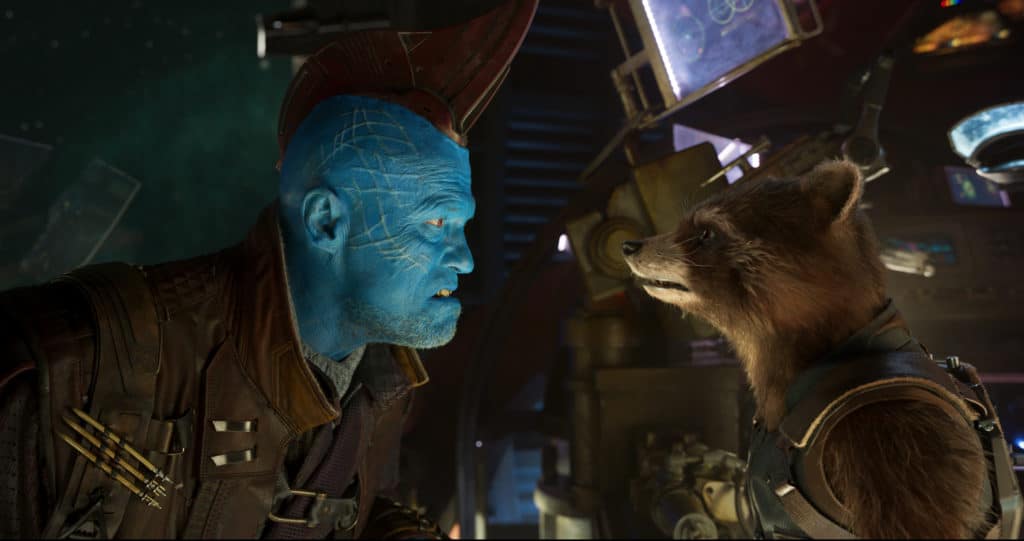 Baby Groot. I don't think I even need to explain anything about him. You're going to love him. He's a mischievous, endearing little toddler who is trying his hardest to fit in and make a good impression on the rest of the team.

It wouldn't be Guardians without an awesome throwback soundtrack. We finally get to hear and rock out to Awesome Mix Vol 2. Do not miss the opening scroll of the film, 2 words: Baby Groot. 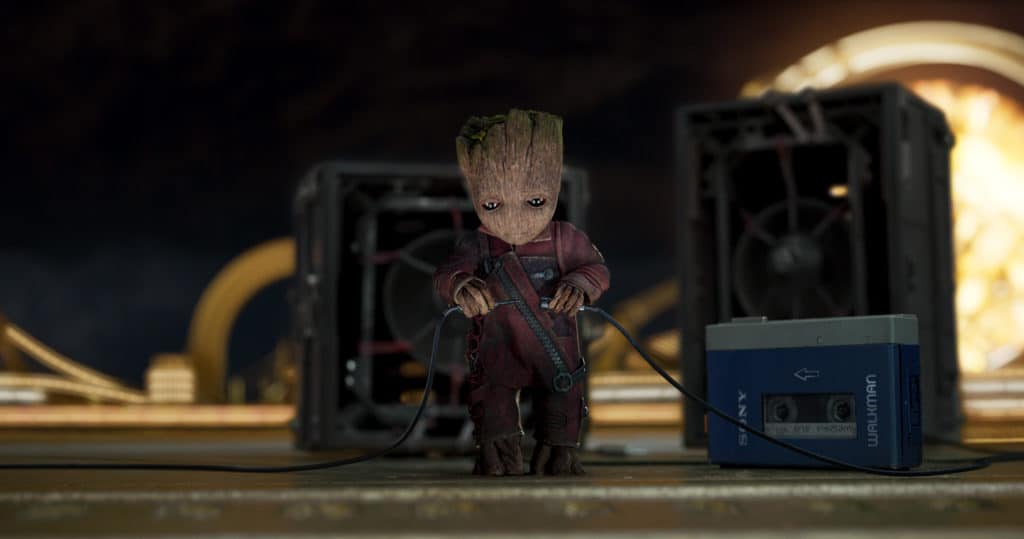 Never, NEVER leave before the credits are finished in a Marvel film. I figure we all know that by now but I saw some people get up so I thought maybe another PSA was needed.

Vol 2 has FIVE end credit scenes. Look for moving pictures, I AM GROOT, and other fun things in the credits.

Verdict: Guardians of the Galaxy Vol 2 delivers in every way possible.

At the core, Guardians is about family. In the first one, they are became a family. Becoming a family and staying together as a one are two different things. With such dominate personalities, there is a lot of head butting. Family is central and the exploration of just what it means to be a family is key. At the end of the day, your family doesn't have to be blood relatives, or even the same species. Family is about who is there for you, caring for you, and who will watch your back when a band of psychos is trying to shoot you out of the sky. 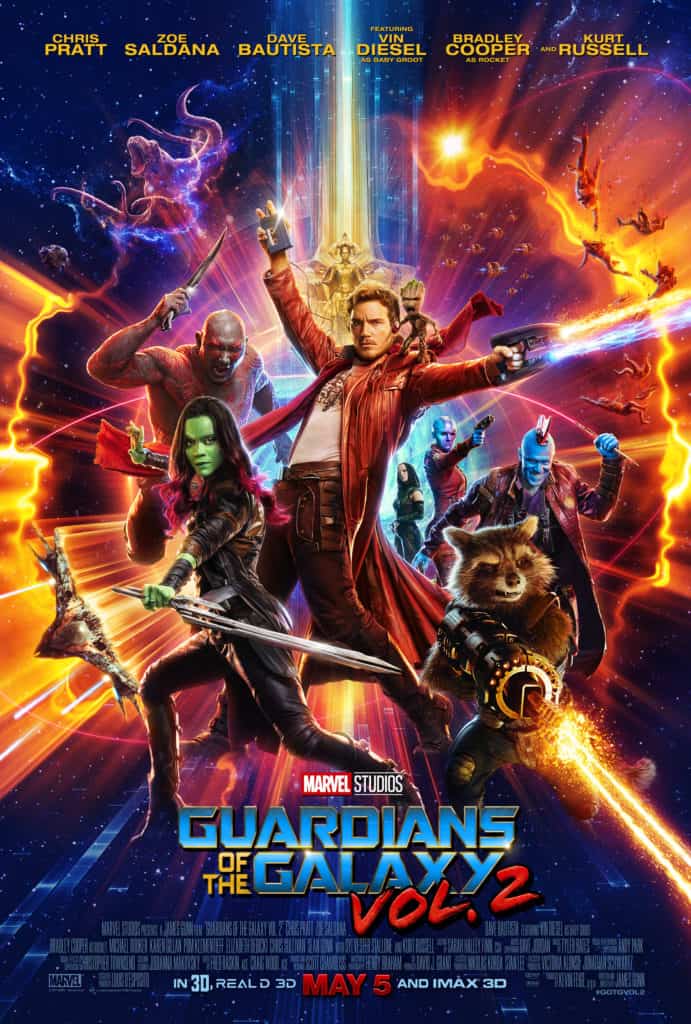 Go see Guardians of the Galaxy Vol 2 in theaters now!