I’m going to be real with you all. I screened The Last Jedi yesterday. And it was absolutely incredible. It makes this an exciting time to be a Star Wars fan. The Last Jedi just might be the best Star Wars movie since The Empire Strikes Back.

I don’t even know where to begin with this post. When the credits rolled, I looked at my friend and said how am I suppose to write about this? It was everything I thought it would be and so much more. How can I translate that into a spoiler free review?

The truth is I don’t think I can. No, I’m not going to write spoilers, I just have to approach this one differently than I usually do.  As you can see, I didn’t give this a fun title like 5 Reasons To See The Last Jedi or Lessons Learned From The Last Jedi. Nope. One, you’re going to go see it, you want to see it. And two I might give away something and I do not want to spoil this movie for anyone. So I kept it simple- Star Wars The Last Jedi Spoiler Free Review. Although how much of a review it is versus how much I’m just trying to work through everything I saw and felt remains to be seen. 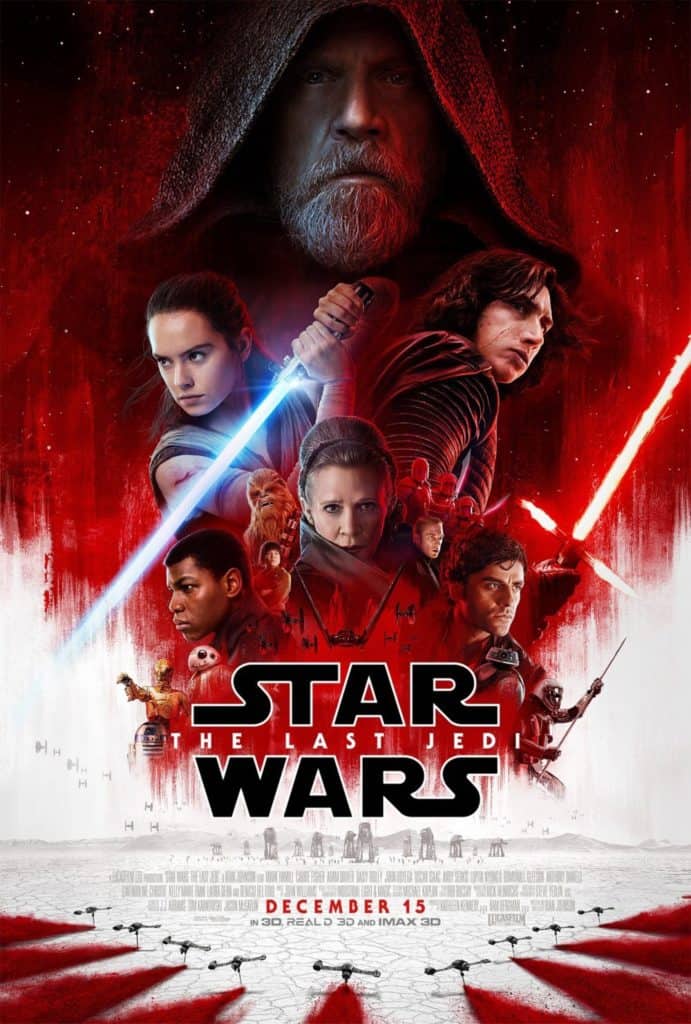 Okay, lets start here. It was an intense, emotional rollercoaster ride from start to finish. Pretty positive I didn’t exhale until the end. I was legitimately on the edge of my seat, holding hands with my friends. All around us you could hear gasps, woahs, sharp intakes of breath, OMGs, laughter, and cheering.

I could just end this here with a go see it and PM me later so we can talk about it. It feels like to say something, or even barely something says too much. I understand a bit of what the cast felt like, the burden of talking about The Last Jedi without giving anything away. It is difficult. Each scene of the film told us something, showed us things we needed to see, and held us tightly in the moment so that all other things melted away.

You came here for a review. And I’m going to try my best to pull my thoughts together and give you what I can.

The Last Jedi welcomes to the family Rose Tico, Vice Admiral Holdo, The Porgs, and BB-9E. Rose is a slightly awkward and endearing maintenance worker for The Resistance. She shows us that ordinary people can make a big difference. After all, the heroes wouldn’t have X-Wings to pilot if someone wasn’t repairing them. My interview with Kelly Marie Tran about Rose is coming later this week. 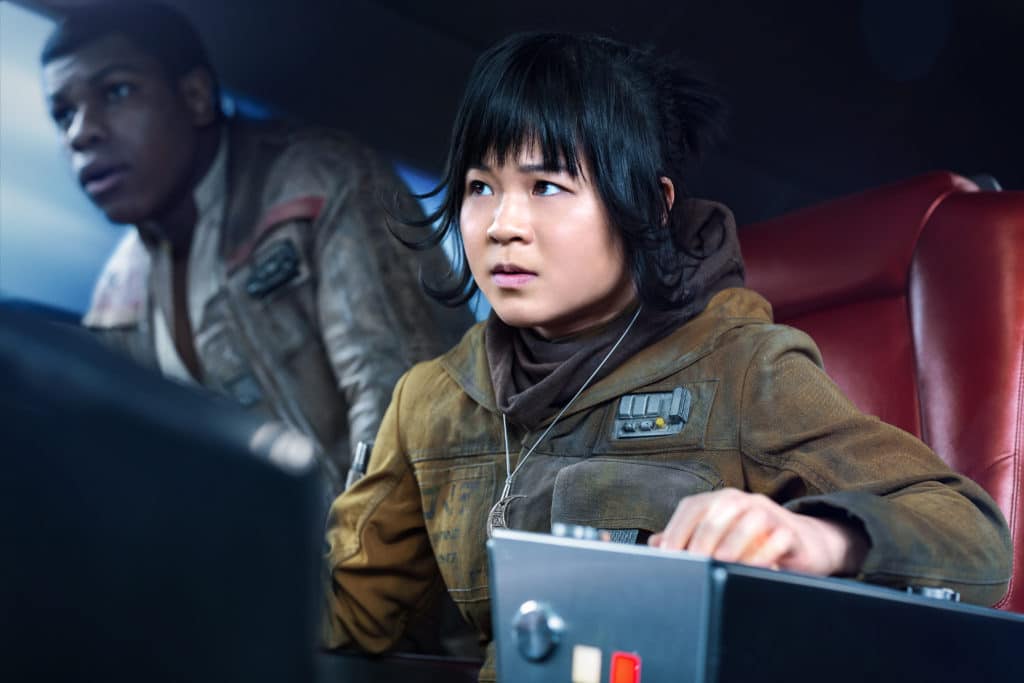 Vice Admiral Amilyn Holdo, is as formidable as she is intelligent. She’s in charge and is not afraid to remind you of that. Laura Dern shared her inspiration for the Vice Admiral in our interview. Holdo is a strong female character walking in the footsteps of the great General Leia. 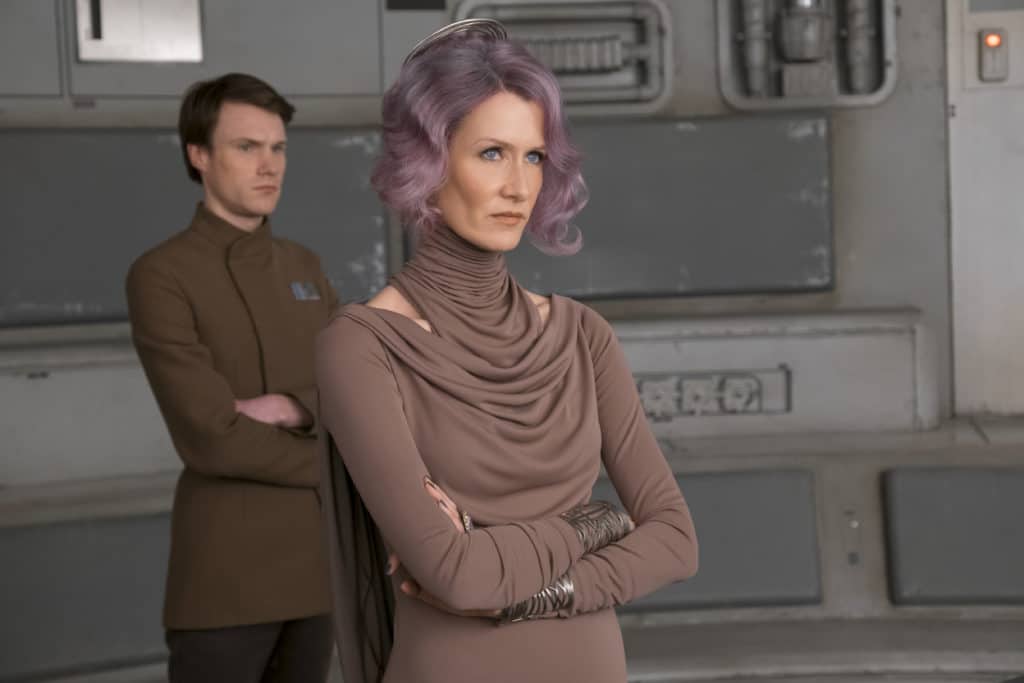 I loved the Porgs. They are cute and not at all nefarious like I thought they might be. My kids are definitely Team Porg.

BB-9E on the other hand is quite nefarious. But I kinda learned that when I met him during the press junket. We aren’t use to seeing Dark Side droids on screen, at least not long enough to glean some ideas of their personality. I hope we see more of him in the next film. He’s a sassy one. 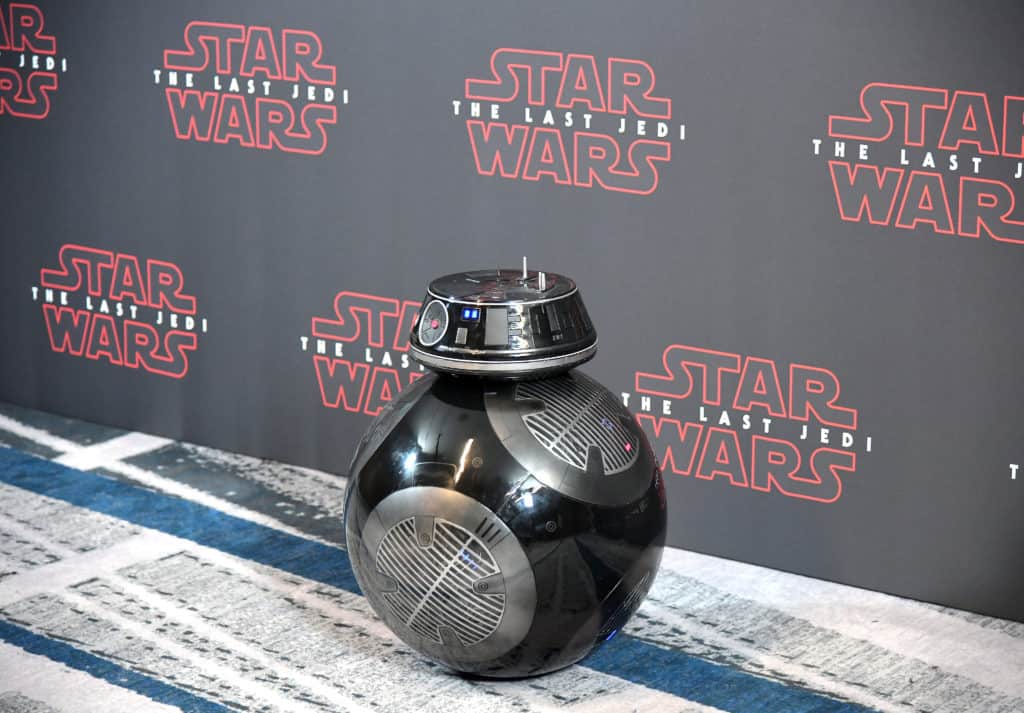 The Last Jedi is more Rogue One in tone than it is The Force Awakens. The film deals with war in a way that we haven’t seen in the prior Episodes. It explores the duality of the human spirit- we all have light and dark inside of us. Is anyone wholly one or the other? The humor sprinkled throughout really helps in lightening the emotional weight of certain scenes.

We see each of our main characters grow in this film, some for the better, others not so much. They all make choices that put them on the trajectory of who I think they will ultimately become. When The Last Jedi opens we find them each dealing with the consequences of The Force Awakens.

Rey has made it to Luke but our heroes are not always what we expected them to be. She is also working through the death of Han Solo and how to respond to the awakening of The Force inside her. Finn must discover what it means to be a real hero and decide once and for all if he is going to stand and fight or turn and flee. Poe is still the best pilot in the galaxy, but he must grow in his instincts beyond his flying abilities, to become a true leader. Kylo Ren and General Hux are nursing their wounds both physical and mental from their last encounter with The Resistance. Sure The First Order is powerful, but these two still struggle under the weight of Supreme Leader Snoke.

I think every fan is going into this film with a certain anticipation and maybe even anxiety about what is going to happen to Leia. There is something intense about watching Carrie Fisher’s scenes. Knowing that Carrie poured her heart into this role, and unfortunately passed away too soon, places monumental importance on those scenes that might not have been there otherwise. We will never know, but I do know she will forever be our Princess.

Rian Johnson shared that The Empire Strikes Back is his favorite of the Star Wars films. You can see that inspiration in The Last Jedi. No it is not a copy of Empire. I could feel it in the lighting and the gravity of the overall story. Like Empire, The Last Jedi is a turning point for our characters and the entire galaxy. 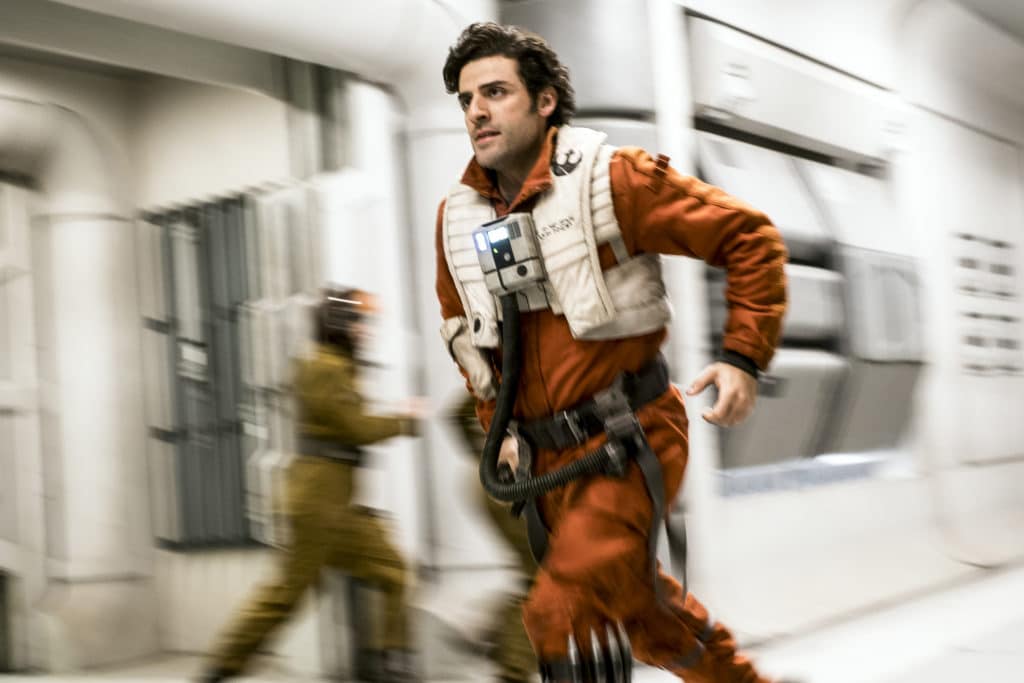 There is nothing at the end of the credits, but I think you should sit through them. If only to give yourself time to process what you saw. 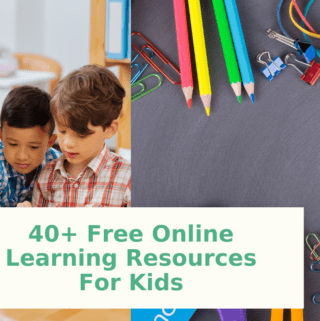 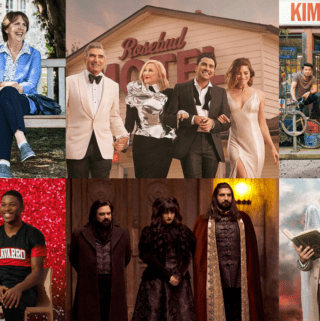