What the hell are you? I am Venom. Okay, I'm not Venom but I do have a pretty sweet giveaway for you and that symbiote you picked up the other day. Keep reading to enter my Venom Blu-ray and shirt giveaway.

I received an advance copy for the purpose of this post. This post contains affiliate links. All opinions are my own. 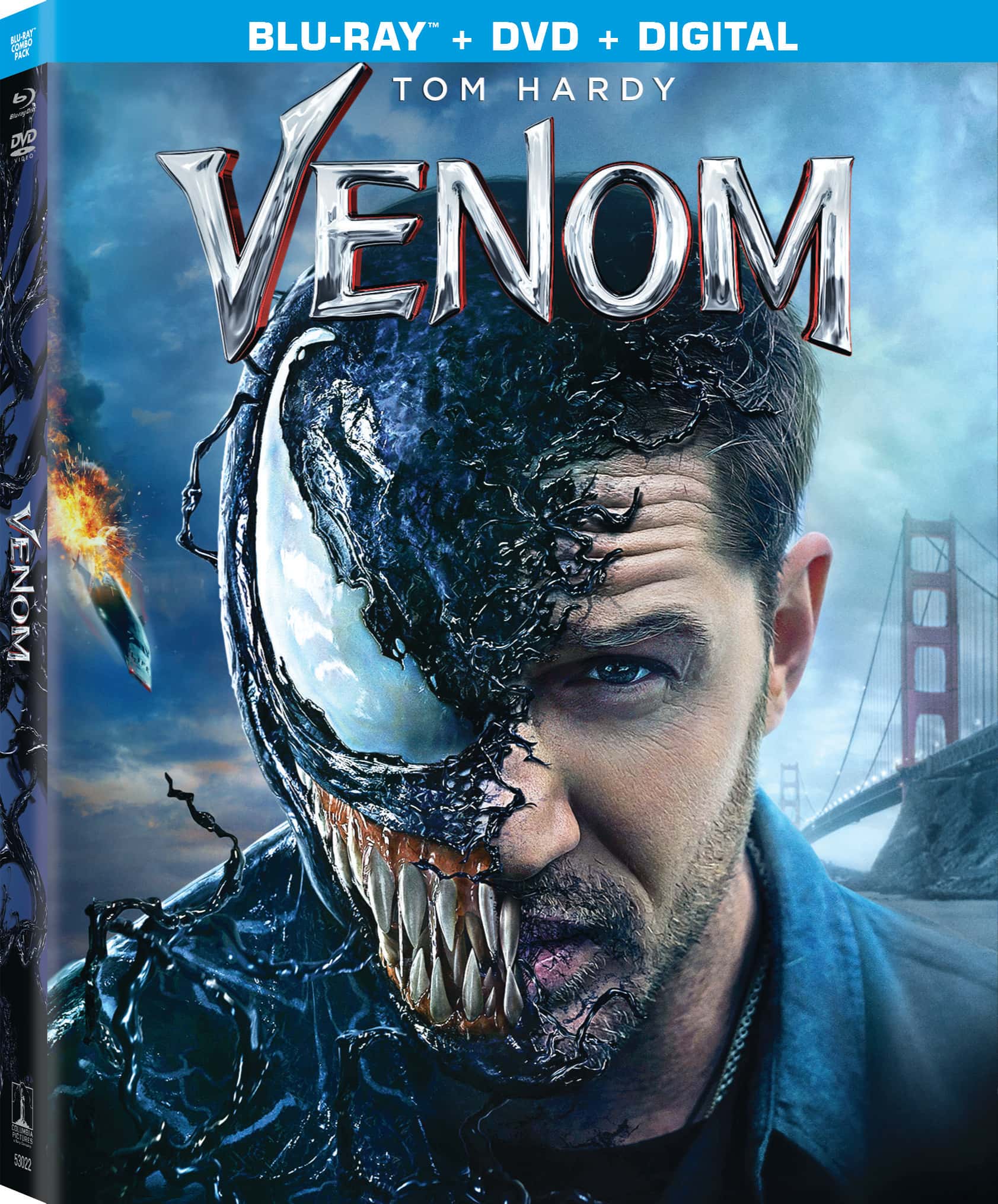 I was one of those people a little hesitant going into the theaters when Venom was released but Tom Hardy brought it in his performance of Eddie Brock/Venom. Venom almost felt like a best friends comedy and I'm not mad at that. Eddie and Venom are now ready to come home with you and bring their crazy adventures and organ eating tendencies with them. 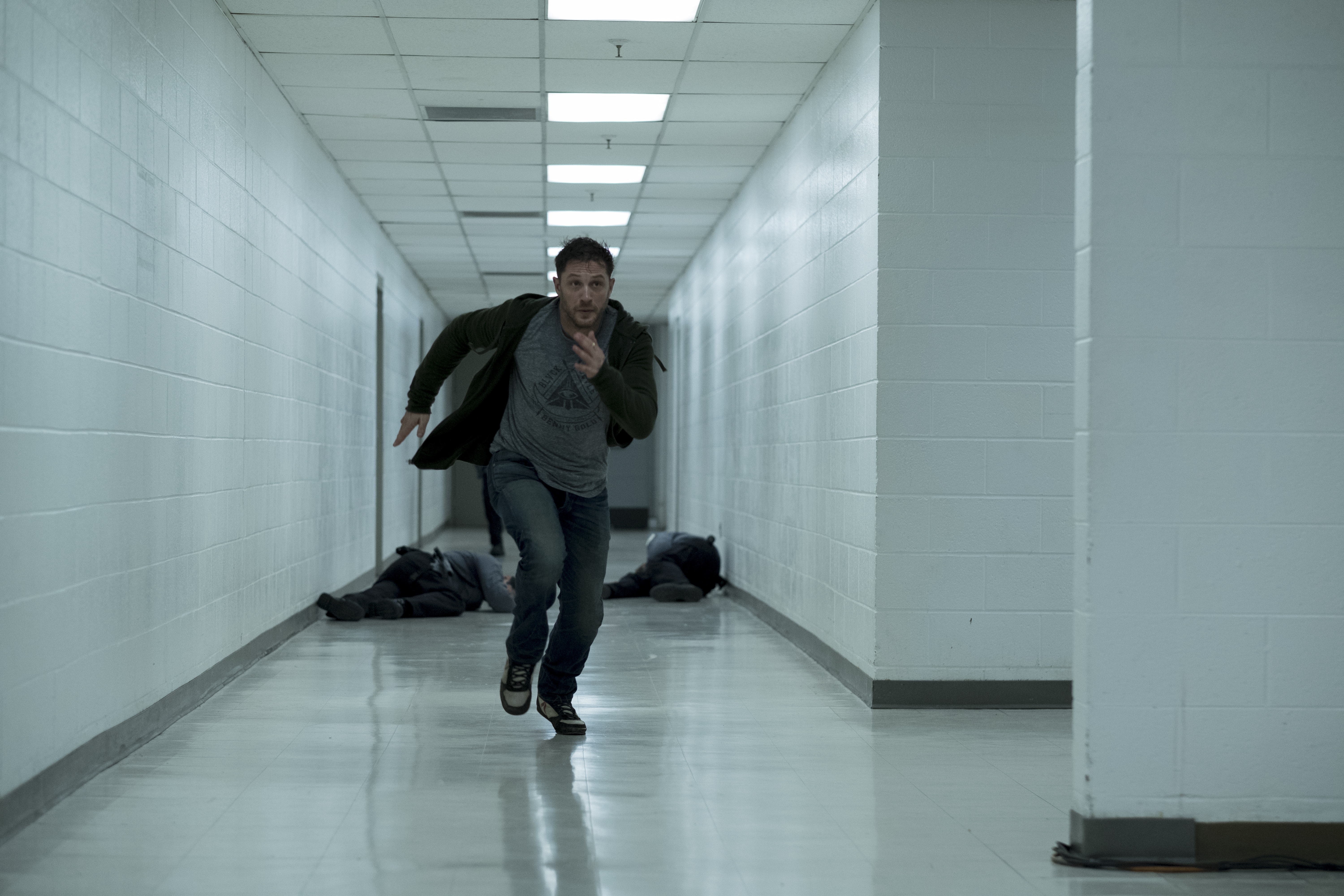 Venom Mode: When selecting this mode the film will engage informative pop-ups throughout the film to provide insight on the movie’s relationship to the comics, and to reveal hidden references that even a seasoned Venom-fan may have missed!

You have gotta watch Venom in Venom mode. Trust me, it's pretty awesome.

Deleted & Extended Scenes: These deleted and extended scenes will give fans even more of the Venom action they loved in theaters!

From Symbiote to Screen: A mini documentary about the history of Venom in comics and his journey to the big screen. Interviews with Avi Arad, Matt Tolmach, Ruben Fleischer, Oliver Scholl, and Director and Comic Fanboy Kevin Smith. 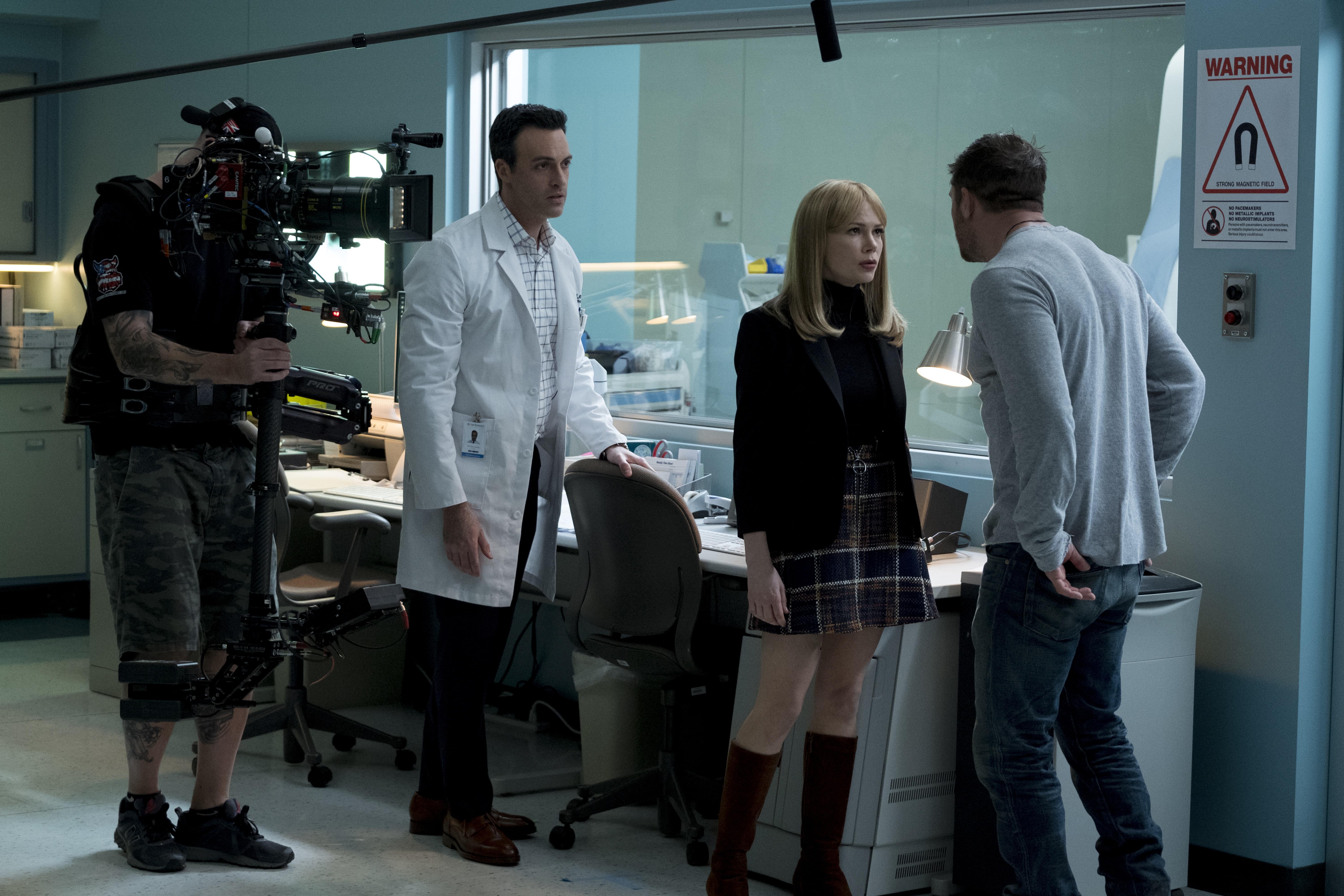 The Lethal Protector in Action: Go behind the scenes with the production crew and learn the secrets behind the awesome Motorcycle stunts, wire stunts, and drones.

Venom Vision: A look at how Ruben Fleischer came to the project, gathered his team, and made Venom a reality. Utilizes interviews from cast, crew, and producers as well as Fleischer himself.

Symbiote Secrets: Blink and you may have missed it! Enjoy the hidden references throughout the film.

8 Select Scenes Pre-Vis sequences: See the progression of the visual effects, storyboards and fight chorography compared to the finished film.

“Sunflower” by Post Malone, Swae Lee (From Spider-Man: Into the Spider-Verse)

Spider-Man: Into the Spider-Verse Sneak Peek: Meanwhile in another universe… 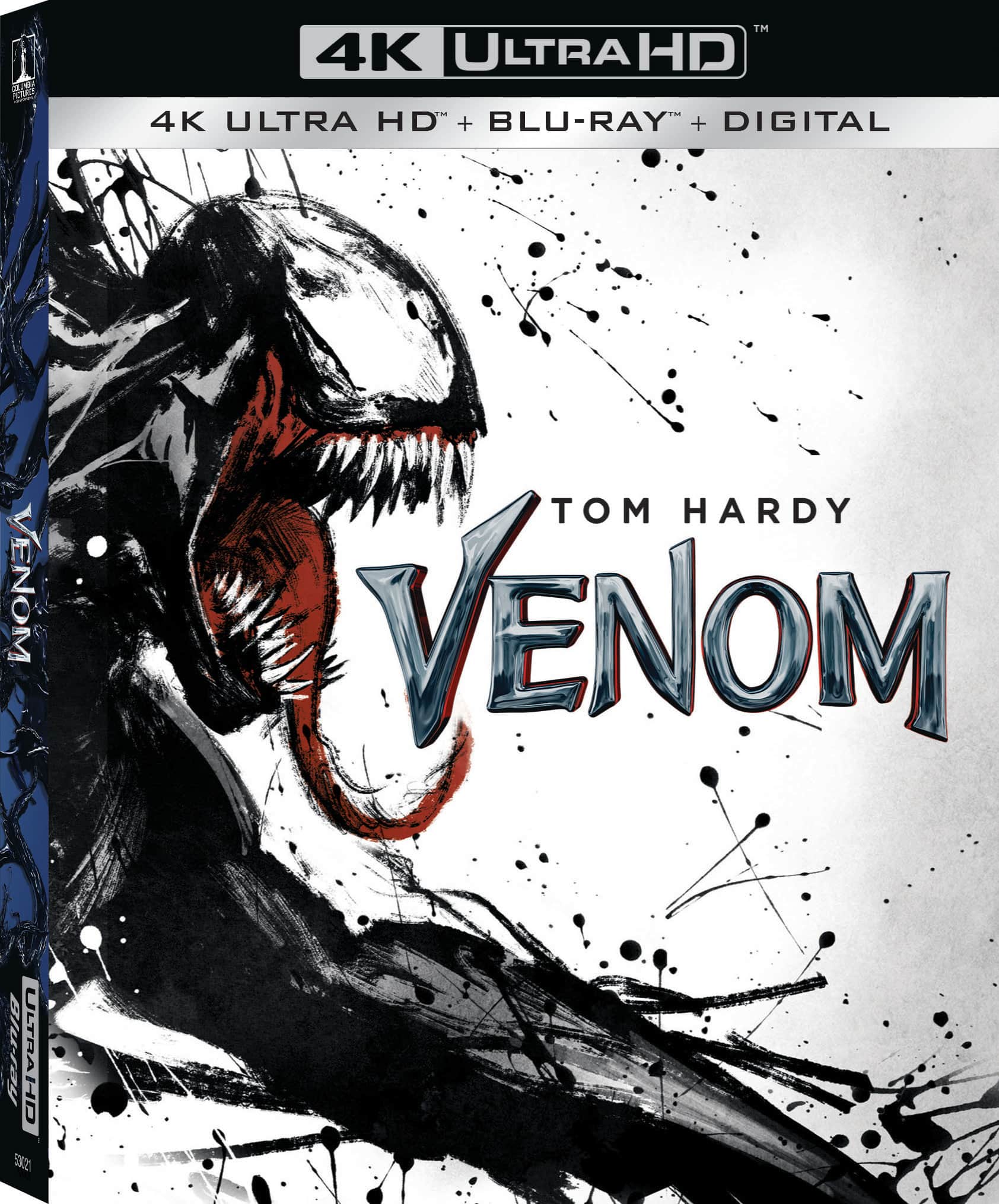 VENOM Blu-ray combo Pack and We Are Venom T-Shirt Giveaway! 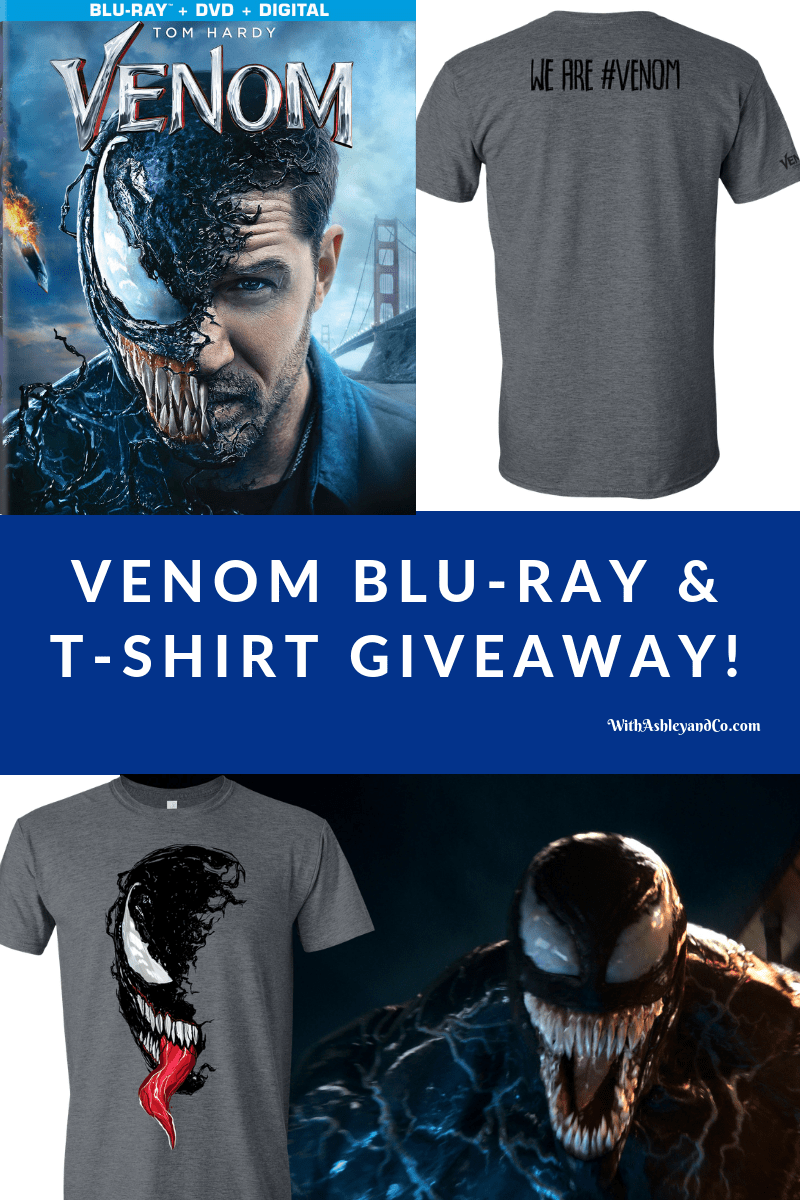 Marvel's Venom is now available on Blu-ray, Digital HD, and 4K! Get your copy today!

Hey #Venom fans! I have a pretty sweet giveaway for you and your symbiote 🖤 . . Enter for your chance to win a VENOM Blu-ray combo pack & a We Are Venom T-Shirt! Details are on the blog. (Sony Partner) 🖤 . . #VenomMovie #wearevenom #marvelmovies #geekgirl #geekedup #marvelgiveaway #movieblogger #marvelgirl #marvelgirls #eddiebrock #santahat #marvelmovie #marvelcomicbooks

713 shares
Previous Post: « Family Movie Night: How I Survive The Chaos Of The Holidays
Next Post: Practically Perfect In Every Way | Mary Poppins Returns Review »