I'm so excited I can finally share one of the most amazing moments that happened during my Ralph Breaks The Internet trip. I told you all how I would get to sit in a drawing class with legendary animator Mark Henn to learn how to draw Vanellope. But what I couldn't share, was that I would also get to learn more about Ariel to celebrate the release of The Little Mermaid in the Walt Disney Signature Collection. If you haven't already, download it now on Digital HD! Wait! First finish this story, then go do it.

What I wasn't expecting was to be able to watch Mark sketch Ariel right in front of me. I'm pretty sure I sat with my mouth open in awe the entire time. As a big Disney kid, huge Ariel fan, and wannabe animator, this was a moment I will never forget. 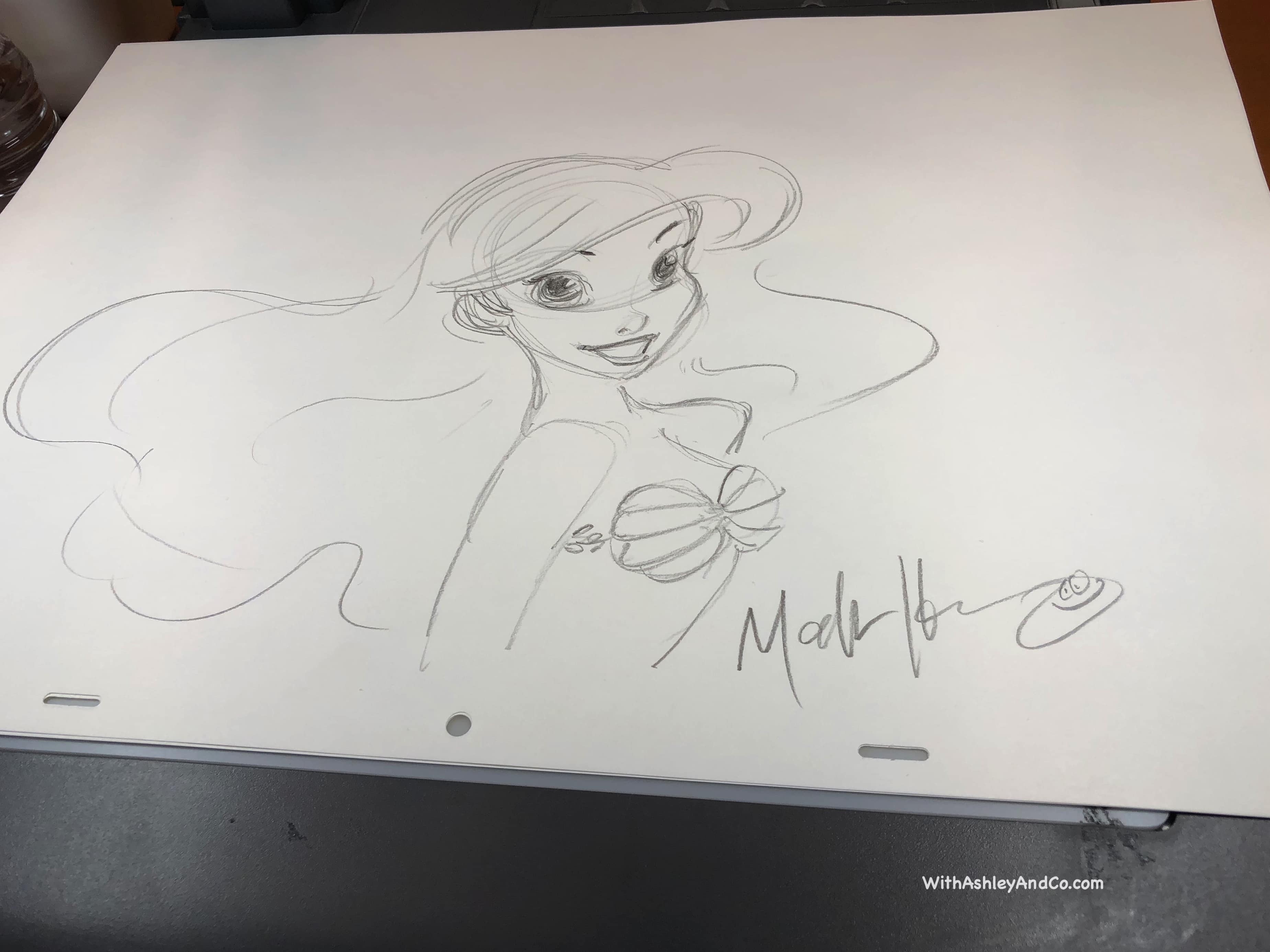 Mark is affectionately labeled “The Princess Guy.” He has animated Ariel, Belle, Jasmine, Mulan, Tiana, and Pocahontas. He also animated Young Simba and so many more characters throughout his 38 years at Disney.

Ever wonder what it is like to be a top animator? Or where they come up with their ideas for the iconic characters we know and love? Come with me under the sea for this exclusive interview with Mark Henn. 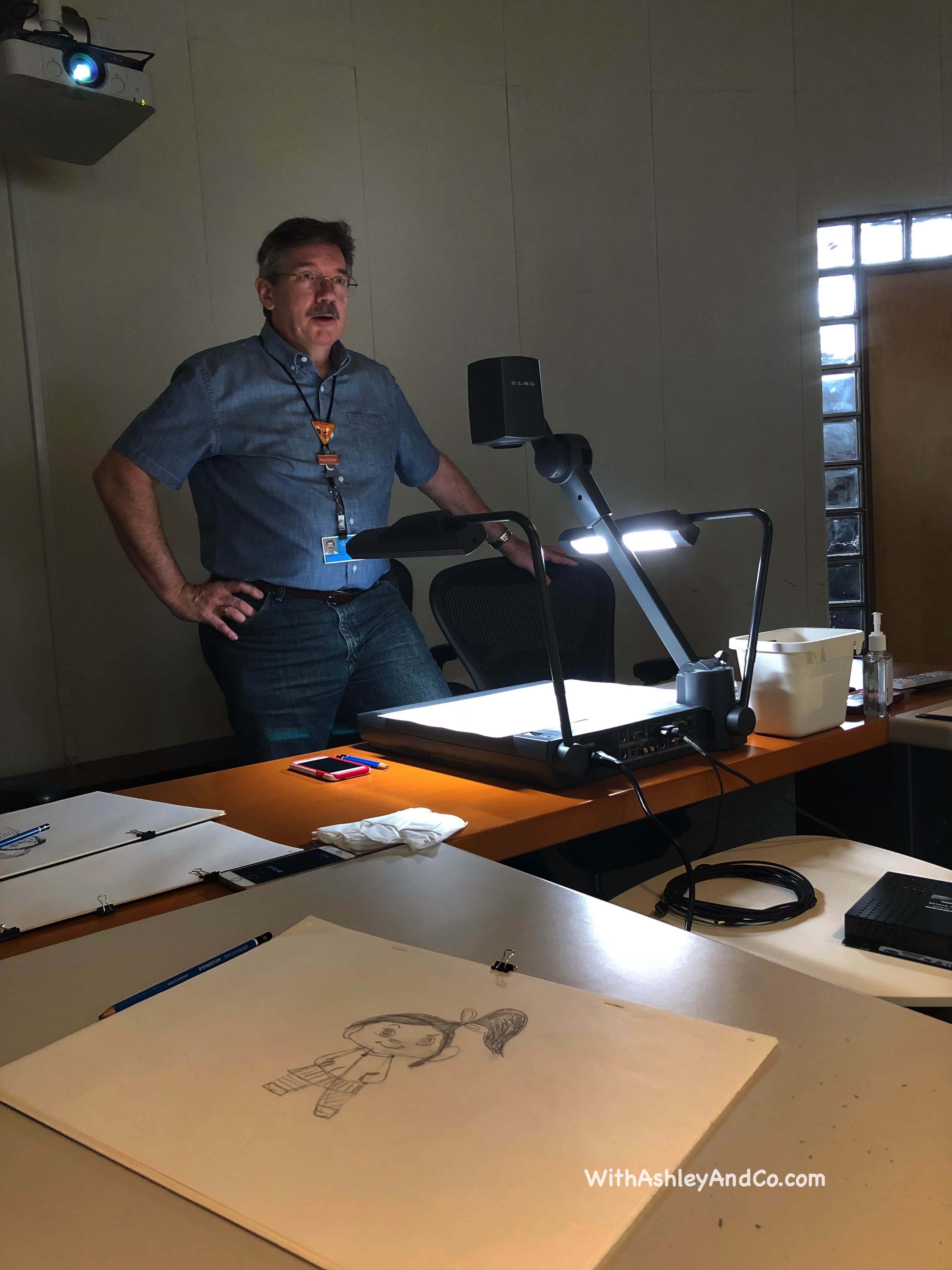 Under The Sea: An Exclusive Interview With Mark Henn

What was the hardest part about animating Ariel?

Getting her hair right was one of the trickier aspects. You could’ve easily gotten loss in endless movement. We tried to simplify the hair design and handle it in a way that made it as easy as possible.

Besides Ariel who is your favorite character the draw from The Little Mermaid?

Sebastian was a lot of fun. He’s the only other character I got to animate in the movie.

Originally it was just that they [the seashells] were just stuck on. (Laughter) We ended up putting the seaweed strap on there. 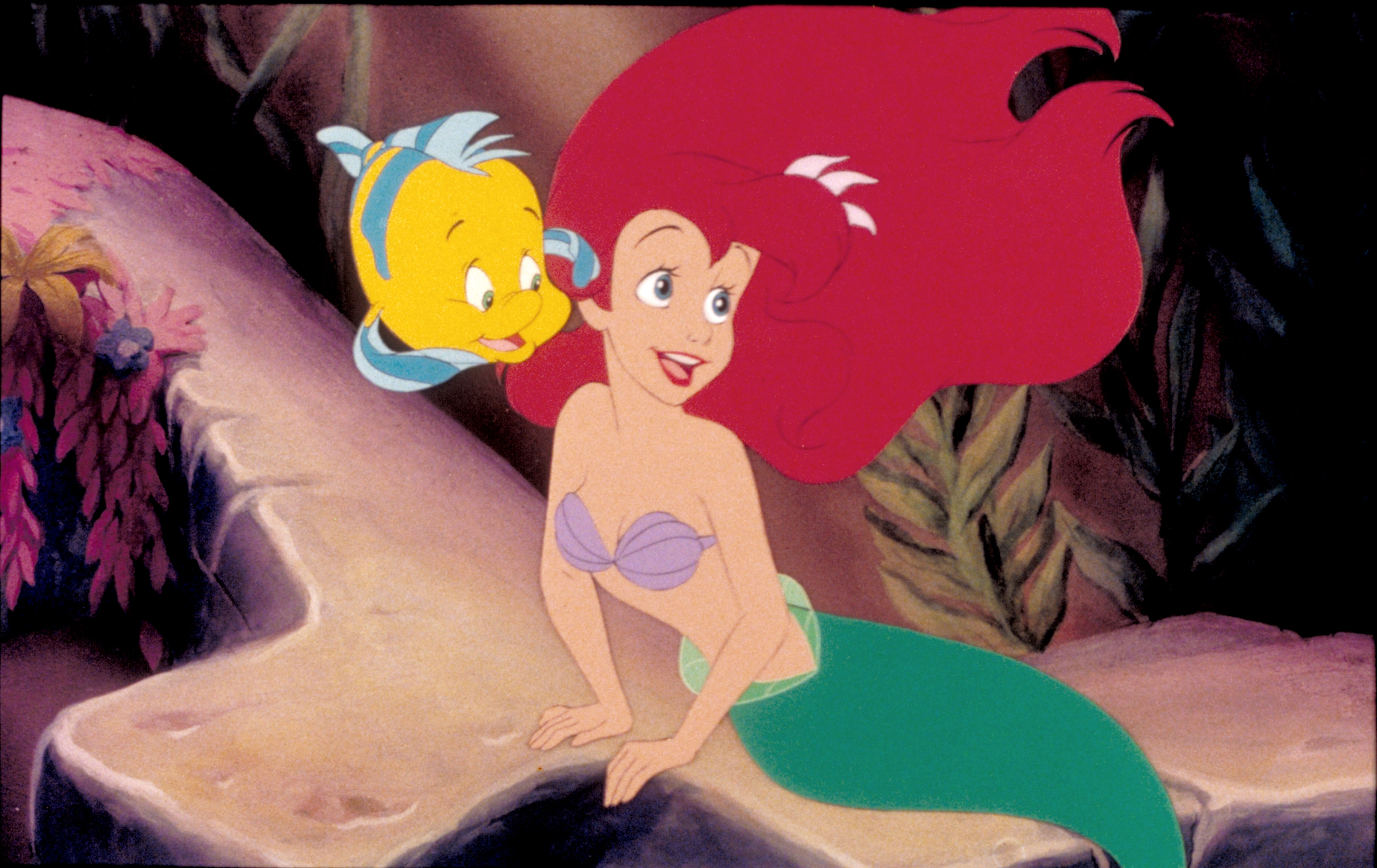 What makes these new Princesses different from their predecessors? What can we expect from the next generation of Princesses?

What makes this generation of Princesses different from the Cinderellas and the Snow Whites? My theory is that the stories are a lot more involved and their roles in those stories are more proactive. Ariel set the mold for the new style of Princesses. She was very different.

A lot of those early Princesses are reactionary. Things happen to them and the story propels them. Whereas Ariel set a mold of a more proactive heroine that drove the story. She made decisions good or bad that advanced the story.

I think that’s going to continue. 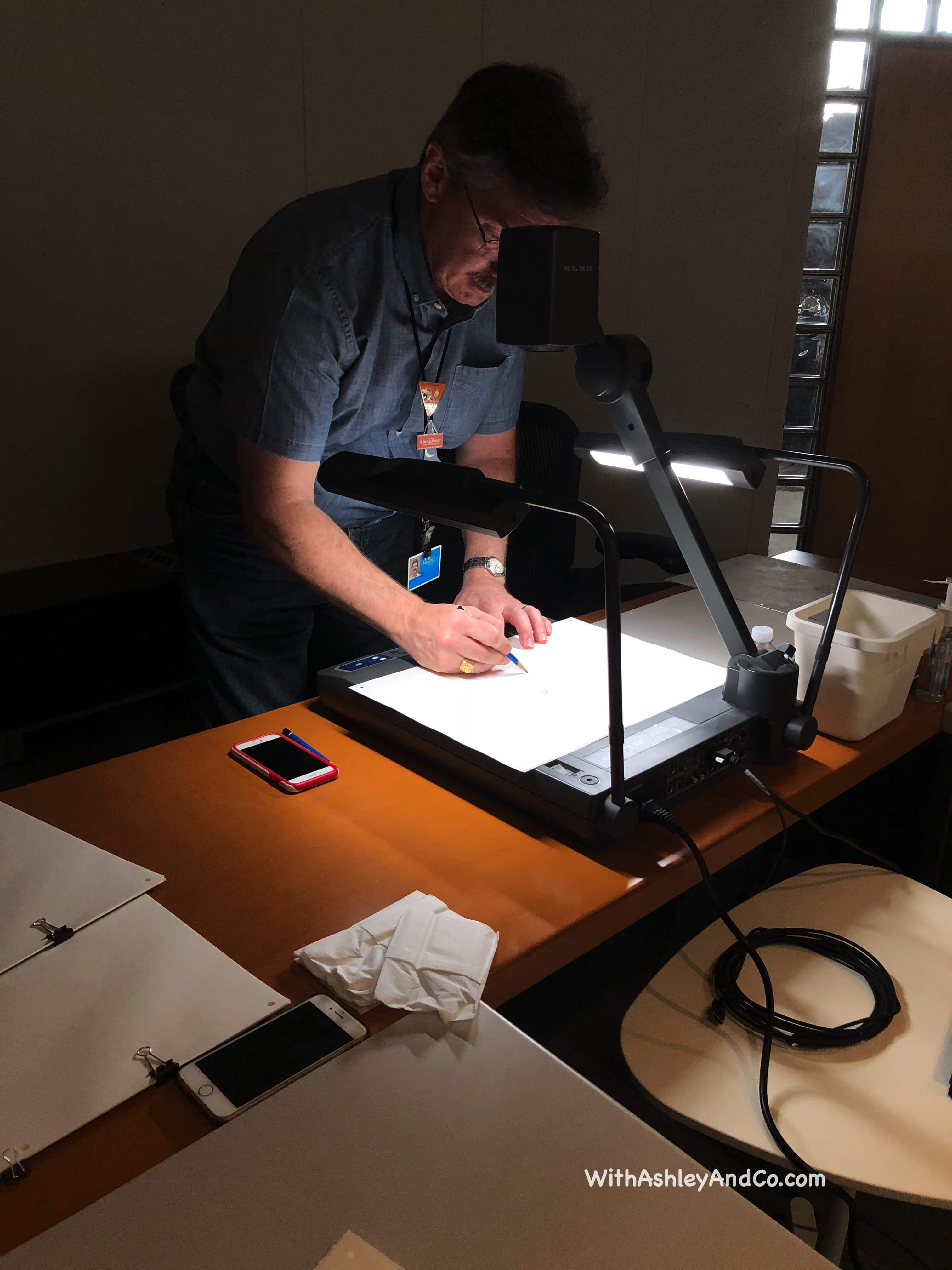 How long does it take you to come up with a character design?

It all depends. There is a group of artists that start on any production that are called the Visual Development Artists. They are kinda the blue sky, anything goes artists. They start early and create artwork that answers questions. What could the character look like?

We come in a little later, and start looking at that artwork and have a lot of meetings. Art by committee.  Then at a certain point I’ll start doing tests to see if the shape will work. Is the voice a good match with the design?

Simba, was actually one that came quickly. I started doing drawings and sketches, next thing I know I was in a meeting and we put them all up front. They all went “yeah good.” It could be that fast. (Laughs)

What aspect of your career has been the most challenging?

Animating the Princesses. Creating unique characters and not just leaning on something I did before is a challenge from an animator’s point of view. Thank goodness I had a few mice, dogs, cats, and a lion cub along the way. (Laughs)

As an artist, just getting better at what I do. Directing was a ball. I thoroughly enjoyed that. I would love to do that again. I’ve always been involved in team type things, collaboration is very exciting to me.

At this point in my career, it’s challenging because I want to make sure that I’m able to be a help and support the next generation. I’m taking what I learned from Walt’s original animators and I’m passing it on. I find that very gratifying. Knowing that I maybe contributed an idea or helped an animator with an idea or thought to make a scene better, that’s my satisfaction right now.

When creating new characters, have you ever used a muse?

I don’t know that I ever had a muse per say. I’ll tell you a story.

I animated Ariel and Belle, then I was given Jasmine. I hit a bit of an artistic block on Jasmine. The design was a bit of a hassle. I thought, I gotta find Jasmine.  I remembered in my hip pocket I had my younger sister’s graduation photo. I got to thinking, Jasmine is about 18/19 years old, she’s got dark hair… I pulled out my sister’s picture and went “yeah that could work.” (Laughs). I made a copy of it, blew it up and stuck it on my desk. And that got me over that artistic hurtle. Jasmine is largely physically based on my younger sister Beth.

Turning Tiana into a Frog was a bigger challenge. (Laughs)

Do you ever get to give your opinion on storylines?

That’s generally open to the whole studio. Basic practice is to have a screening and everybody who has an opportunity to see a screening has a way of sending in notes. They listen to those notes. I don’t sit in on the actual story meeting as much as I used to.

What is it like seeing your original animated creations come to life in the new live-action, reimaginations?

It’s kinda weird I guess. I just saw the rough cut of Aladdin. It was a lot of fun. If you liked our version you’re going to like this.

We had a chance to meet with the animation crew on The Lion King. We did a session where we talked about the characters and answered any questions they may have had. The big encouragement I had for them was to make their version their own. It’ll be the same but still be different enough that they need to take ownership of it and make it theirs as much as the original was ours. 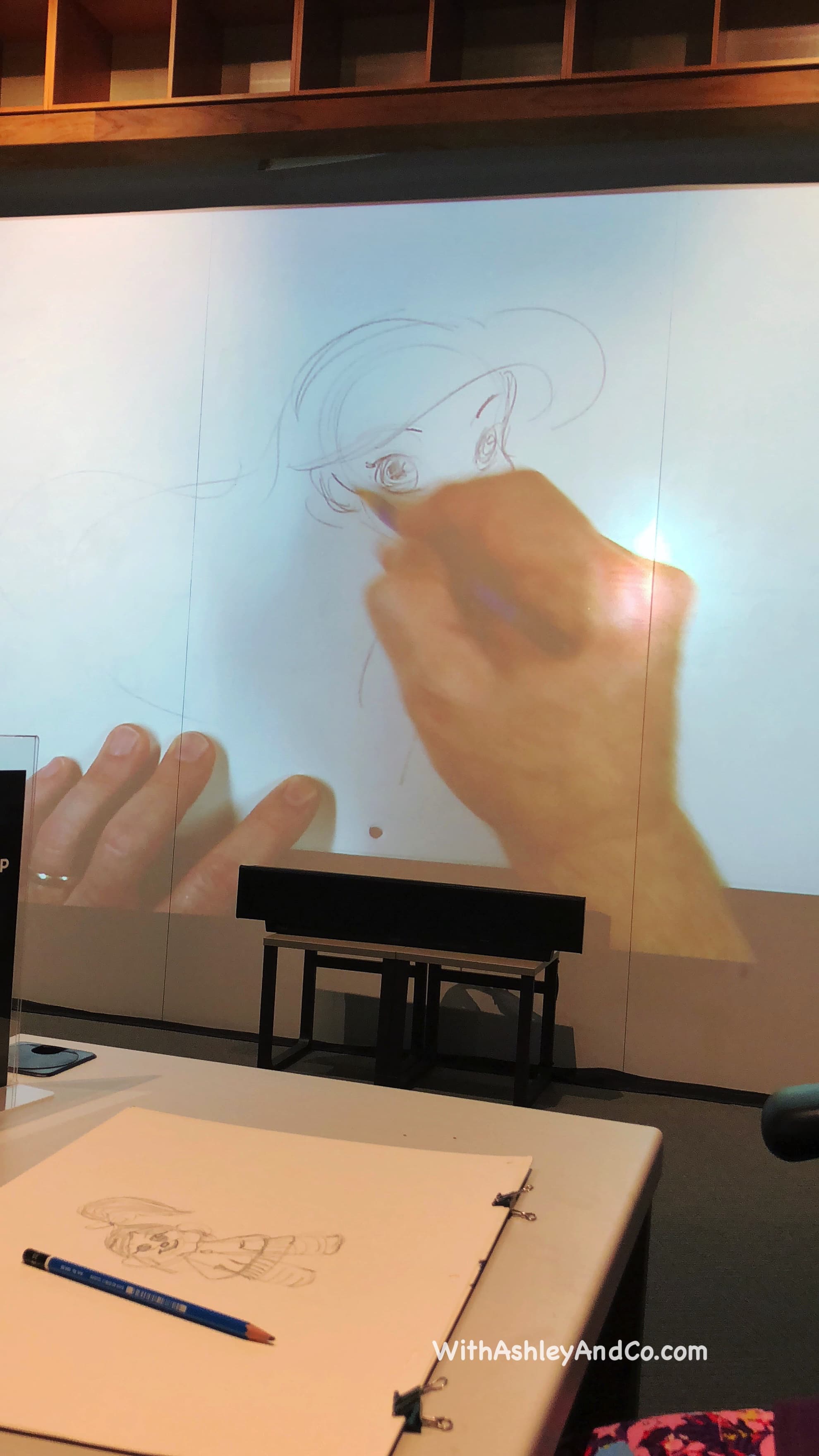 Mark Henn is a Disney Legend. And he has some great advice for everyone dreaming of one day becoming an animator.

If someone has artistic inclination I would encourage them to keep developing their artistic skills. Picking up some computer skills are going to be important. But, it’s just a tool though. If someone wants to paint they are going to need to know the same color theory, [how to do] design and composition as if they were painting with acrylics or oil on canvas. Even if you’re doing it with PhotoShop you need to have that same artistic eye and thought process.

That’s the tricky thing, blending traditional approach with new tools. As much as I love hand drawn animation, the truth is the bulk of the industry is computer based. But if you’ve got somebody that knows design, color, composition, and art fundamentals that don’t change, that will make them a much stronger artist. He complimented my Vanellope drawing and was gracious enough to take a photo with this big Lion King fan. Dreams come true you guys. 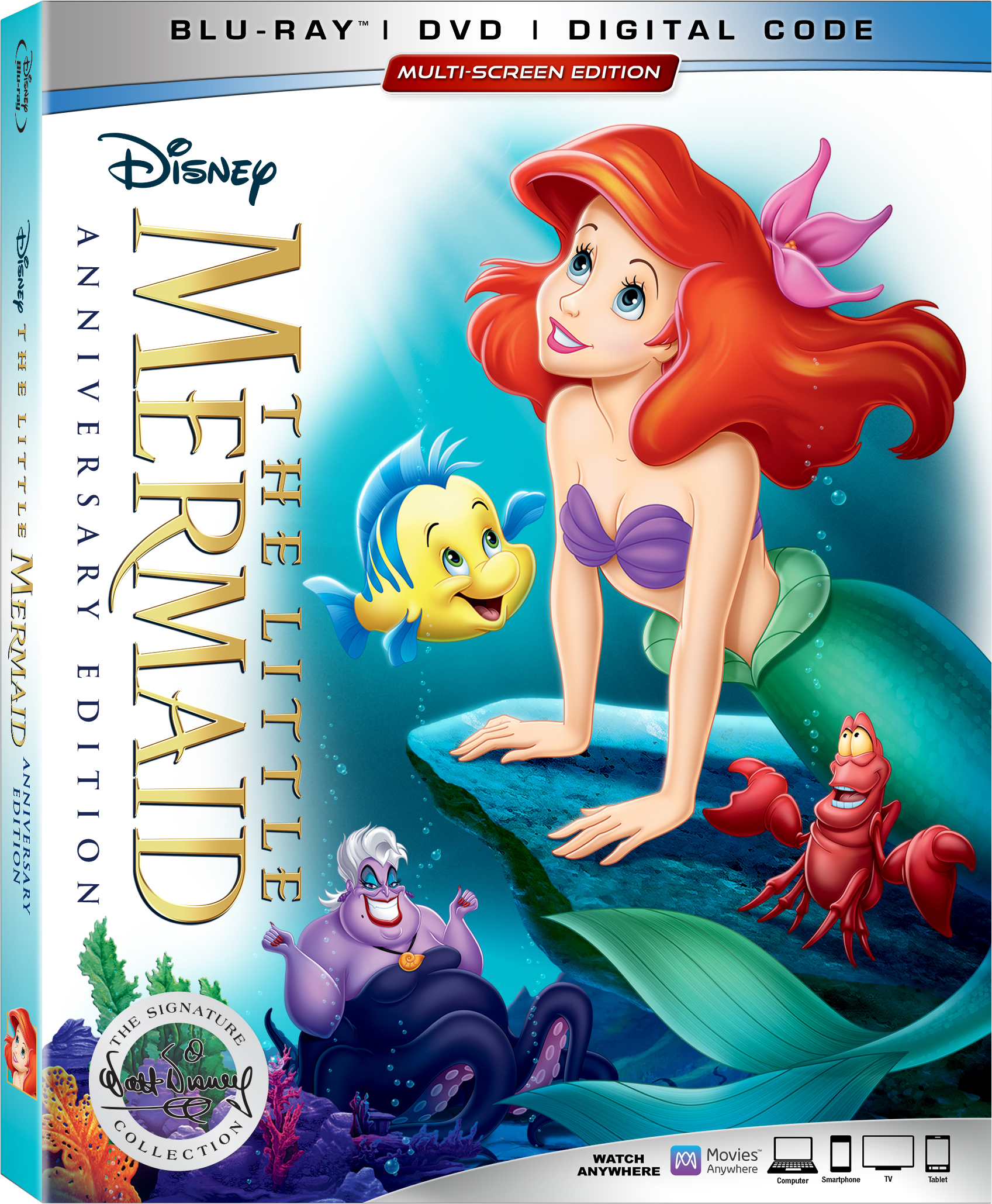 One more O. M. Disney moment…Mark sent over his sketch and I cannot wait to frame it! 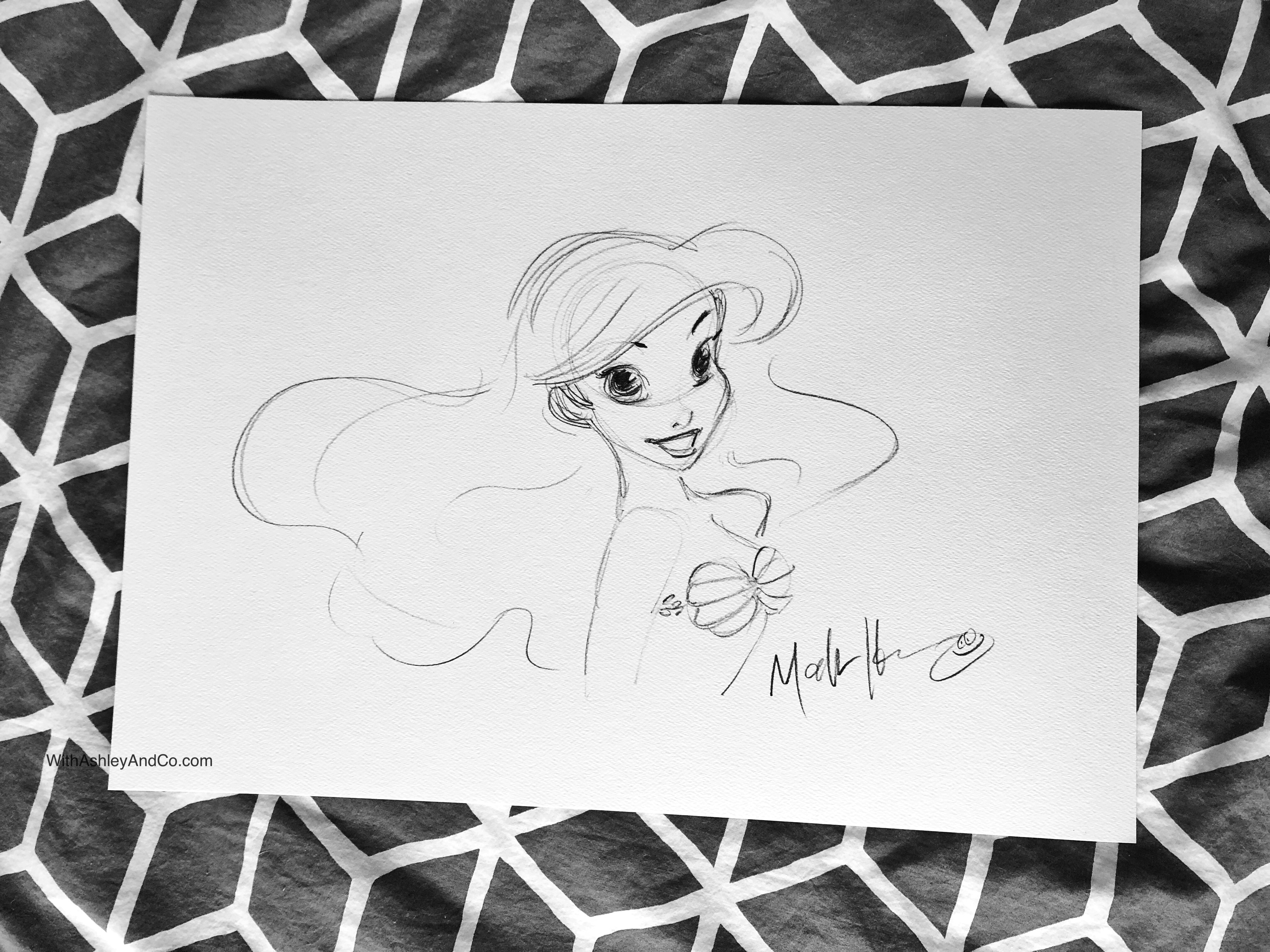 A year ago I was enjoying Castaway Cay with some o

Who wouldn’t want a super powered squirrel as a

Did you hear? The Jungle Cruise is getting a much