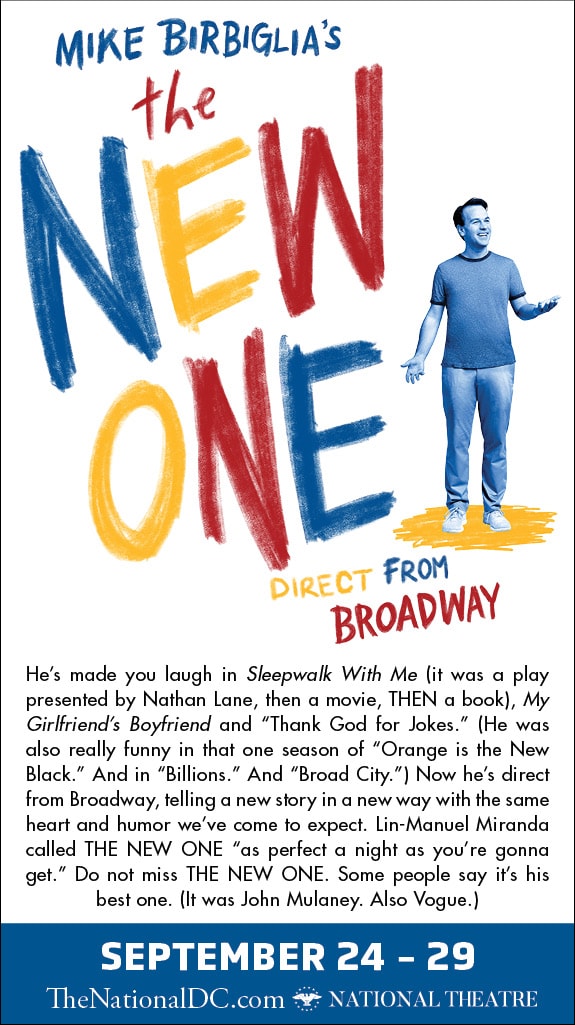 He’s made you laugh in Sleepwalk With Me (it was a play presented by Nathan Lane, then a movie, THEN a book), My Girlfriend’s Boyfriend and “Thank God for Jokes.” (He was also really funny in that one season of “Orange is the New Black.” And in “Billions.” And “Broad City.”) Now he’s direct from Broadway, telling a new story in a new way with the same heart and humor we’ve come to expect. Lin-Manuel Miranda called THE NEW ONE “as perfect a night as you’re gonna get.” Do not miss THE NEW ONE. Some people say it’s his best one. (It was John Mulaney. Also Vogue.)

Run time: Approximately 1 hour, 20 minutes, no intermission. Recommended for ages 13 and up. Children under the age of four are not permitted to attend the show.

For more information on the show visit The National Theatre.

How to get to The National Theatre

The National Theatre is located downtown on 1321 Pennsylvania Avenue, Washington, DC, 20004, facing Pennsylvania Avenue and Freedom Plaza. There is a parking garage right next to the Theatre, which you can use Spot Hero to reserve a spot. The closest Metro stop is Metro Center.

The New One at The National Theatre Giveaway

One lucky winner will receive two tickets to see The New One at The National Theatre on September 25 at 7:30 PM. Winner will be chose on Monday September 23 at 10am EST.

Previous Post: « Hobbs and Shaw Movie Review: Better Than The Fast and The Furious?
Next Post: Mixed-ish Review | Why You Should Be Excited For This Black-ish Spin-off »