Jumanji The Next Level takes us back to the jungle, bringing new laughs, standout characters, and some sensible clothing for Ruby Roundhouse. While it does follow the formula of Welcome to the Jungle, Jumanji The Next Level offers enough action and humor to keep the audience entertained the full 2+ hours. 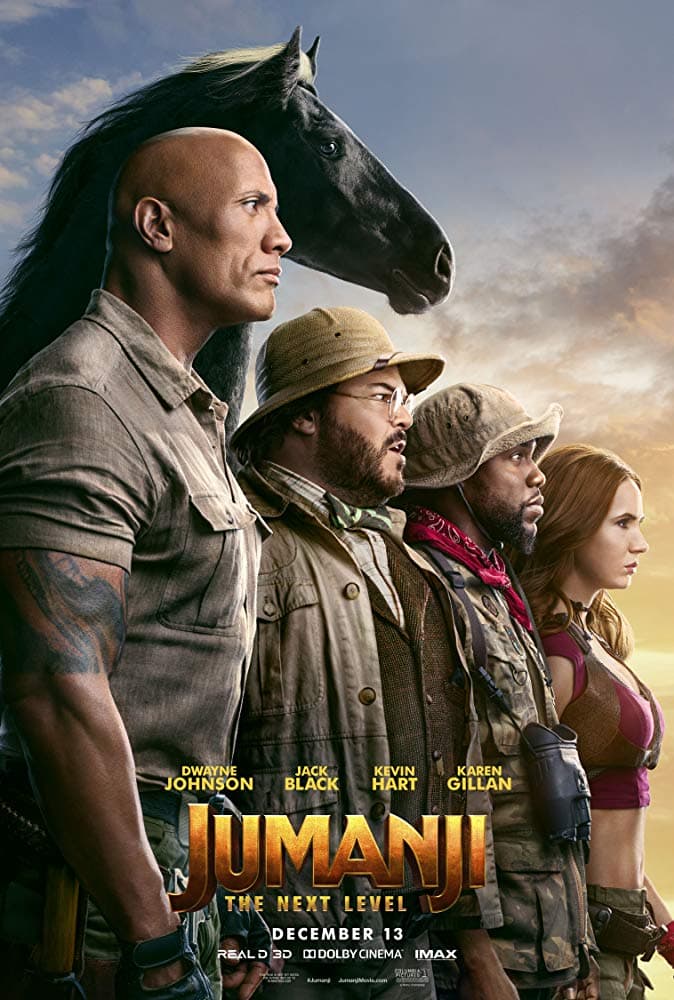 Jumanji The Next Level Review

Jumanji: The Next Level picks up two years after the events of the film film. The four main characters have now graduated high school, starting their new lives in various locations, although they remain friends- sorta.

It is clear from the beginning of the film that Spencer is struggling to find his place in the world. He continually ignores the group text and ditches on brunch with his friends Fridge, Bethany, and Martha. The latter is no longer his girlfriend but the reasoning is unclear. When they all realize that Spencer has grown distant since graduation they decide to confront him at his house.

Once there, they find that he has somehow fixed, or tried to fix, the Jumanji game and has been sucked back in. After some arguing, the three agree to go in the game to save him. However this won't be like the last time they played. Unfortunately, Jumanji has other plans for them.

Inside Jumanji they discover that one, they could not pick their avatars and two, Bethany was left behind and instead Spencer's grandfather Eddie and his former best friend Milo Walker have been pulled into the game. Bethany scrambles in the real world to try to get to her friends, while the rest set out to find Spencer and conquer the latest level of Jumanji. 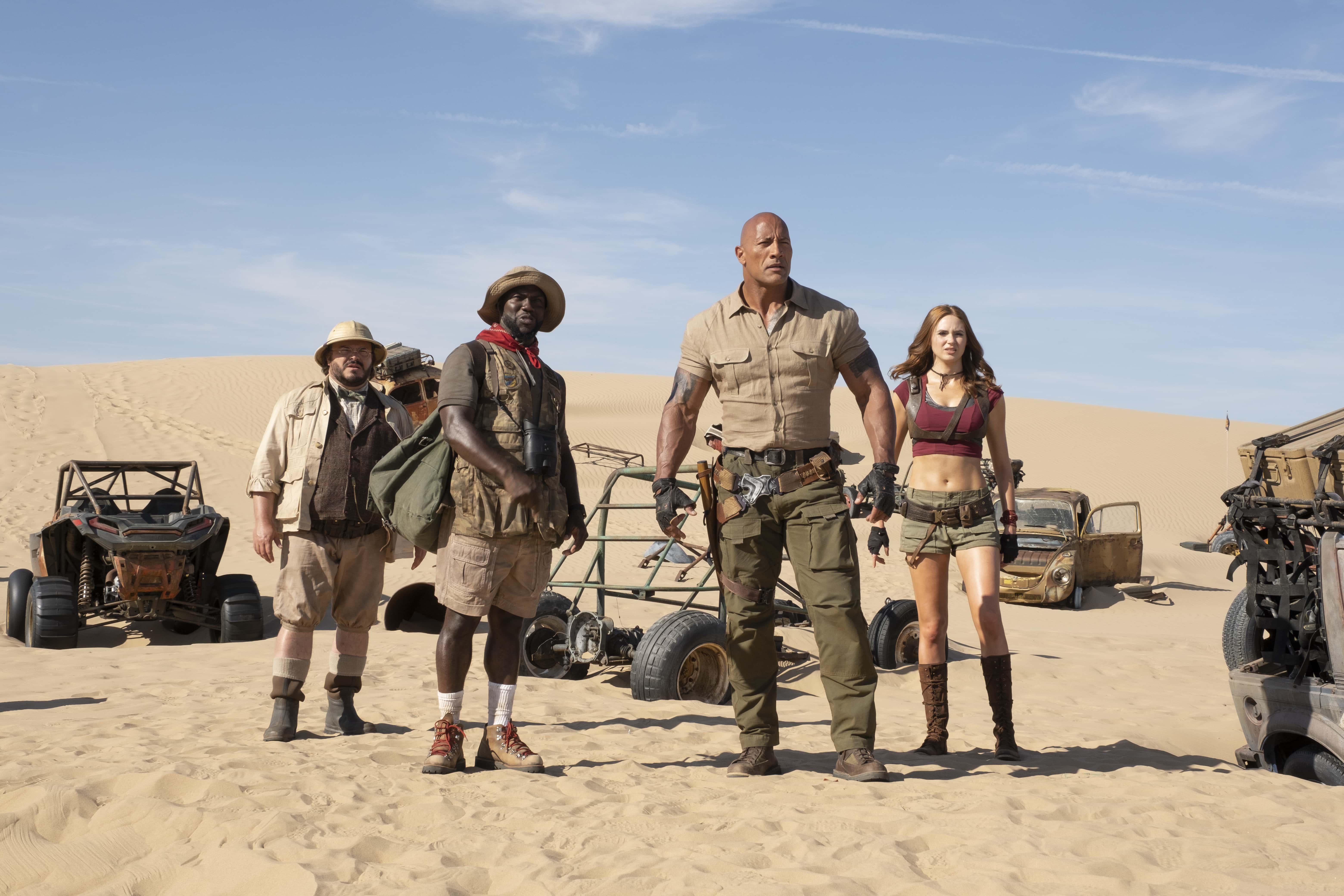 Running alongside the “save Spencer” plot is the Jumanji needs help again storyline. Another jewel needs to be returned, Jumanji's name needs to be called out, and to do that the team has to fight a big bad. Like the first, this plot line isn't the main draw of the film although fans of a certain HBO show will be happy to see it play out. The heart of this story is once again friendship, albeit this time around it is more about Eddie and Milo than Spencer and his friends.

Like the title suggests, The Next Level takes us into new terrains like the desert, a jungle oasis, and up into snowy mountains all while dealing with the consequences of a broken game. The scenery combined with the addition of Milo and Eddie means more opportunities for Kasdan to show off his film making style- one that takes viewers into the scene for an immersive experience.

We get a lot of heart racing, fight-for-your-life moments, which one expects with these style of Jumanji films. The monkey chase in particular is stunning while the ostrich stampede is visually incredible and comedic gold. Stakes are high and everyone knows it. Although the overall tone echoes that of the first film, the in-game deaths are more violent, with several eliciting shocked responses from audience members.

Other than the violence, the language and crude moments also were kicked up a notch which is something parents should be aware of going into this one. The PG-13 rating is well earned and I would caution against bringing younger children until you have seen the film yourself. 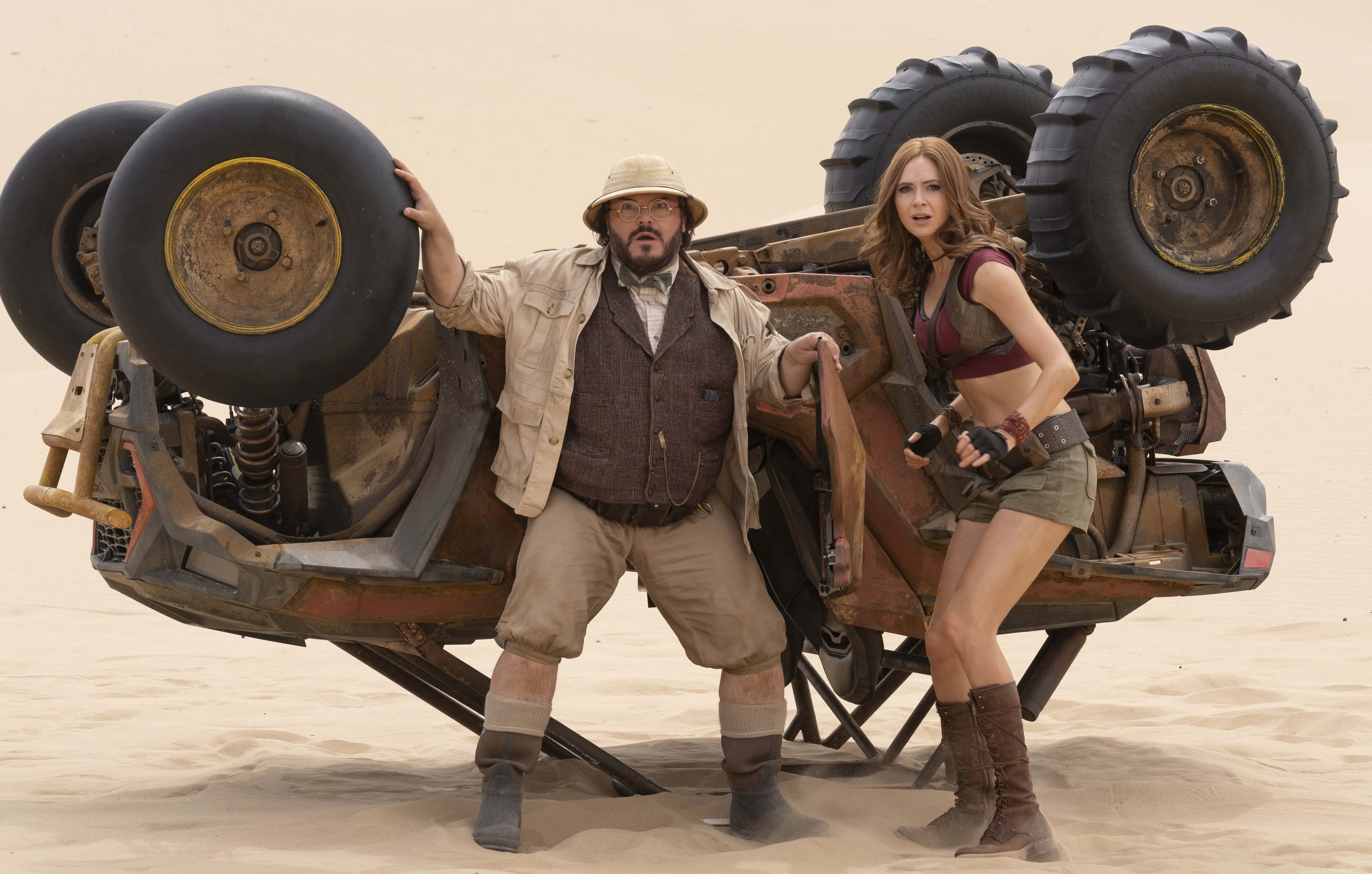 Kasdan once again balances the intense with a lot of laughter. The comedy is mostly fed by The Rock embodying the grumpy, spit-fire Danny DeVito and Kevin Hart becoming slow-talking, calm Danny Glover. However, one does a better job at accomplishing this than the other.

Playing a grouchy old Jewish man does not come naturally to Johnson but fortunately it seems this weak point was noted by the filmmakers. For most of the film, he took a step back allowing Jack Black, Karen Gillan, and Kevin Hart to take the spotlight and carry the majority of the scenes. All three do an amazing job, and it was nice to see Gillan's character take charge and get more time showing off her fighting skills. 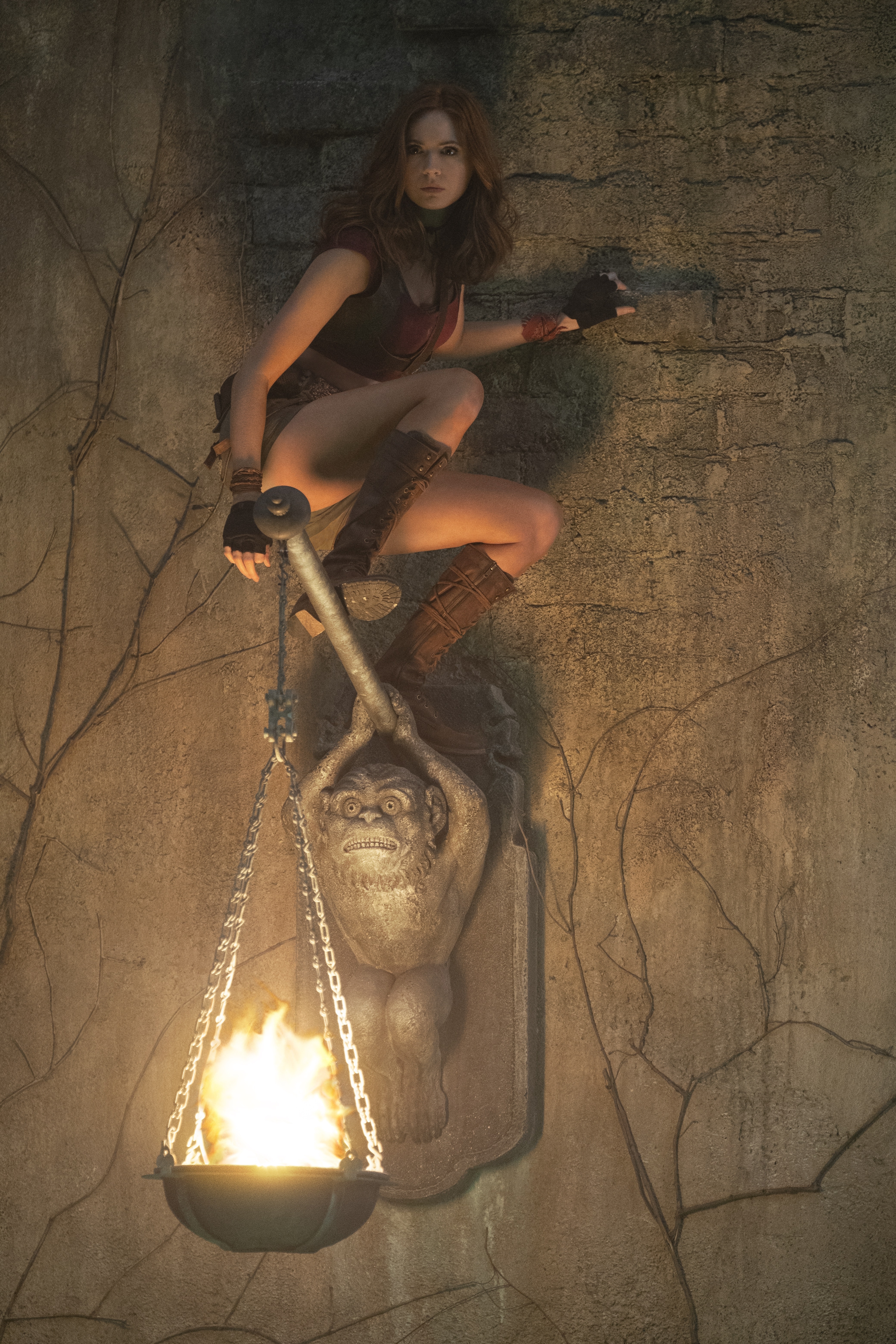 Another standout character was Awkwafina's Ming Fleetfoot. She always manages to bring something memorable to any character she plays and Ming is no exception. Awkwafina is a scene stealer and proves she has the range to take on any character type thrown at her. If Ming Fleetfoot is not in the third film (or fourth if you count the original 1995 Jumanji) it would be a disservice to the fans.

The chemistry with this group of actors is one of the best things about the rebooted Jumanji and one of the reasons the first film did so well. Awkwafina and Nick Jonas show that they belong in this franchise just as much as The Rock and Kevin Hart. 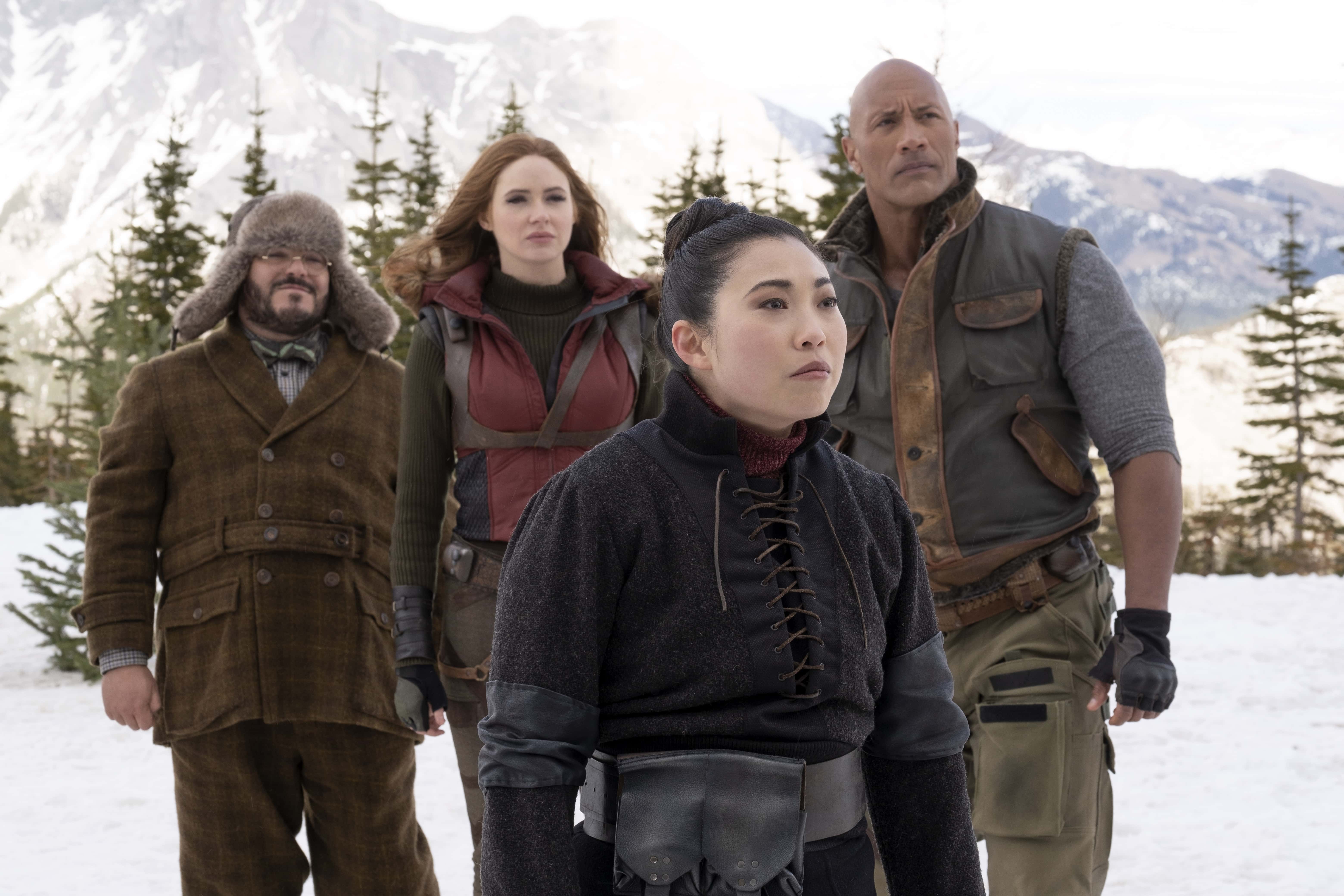 Despite the fact that Jumanji The Next Level retreads on the last film, it a must-see for fans of the franchise. It is an overall exciting journey, full of laugh-out-loud moments with surprising truths about friendship and self-esteem.

Whether The Next Level proves to be as successful as Welcome to the Jungle remains to be seen. However the Jumanji The Next Level post credit scene offers a glimpse into where this film trilogy may be headed in the future. It is something that will have audiences invested in this new trilogy and clamoring for the final film. And for fans of the original, it feels nostalgic in all the right ways. 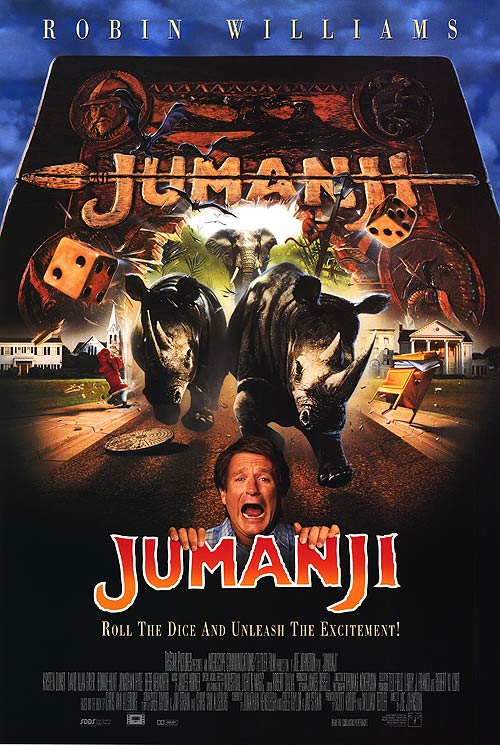 Jumanji The Next Level is in theaters now. It is rated PG-13 for adventure action, suggestive content and some language. 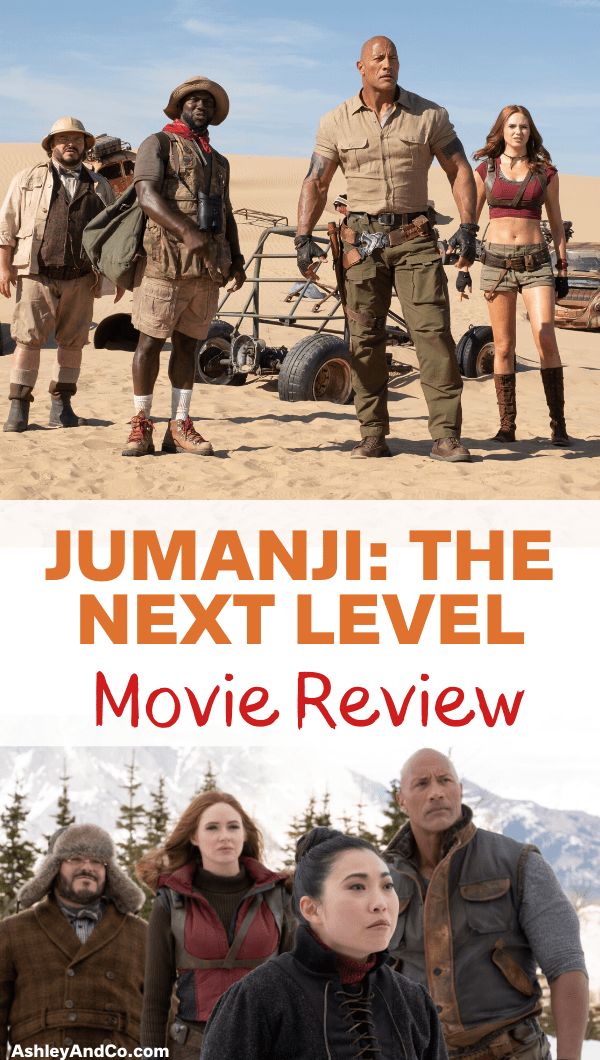 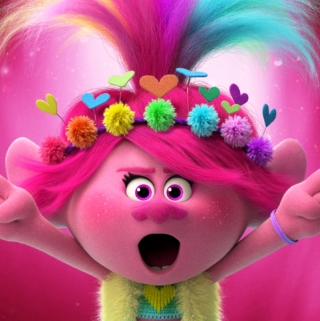