A new Disney Pixar movie means one thing, well two: a fresh set of tears and looking for Easter eggs. We love movie Easter eggs aka hidden references around here, and Onward did not disappoint. From Dungeons & Dragons to the always faithful Pizza Planet truck, there were a lot of Onward Easter eggs to find! 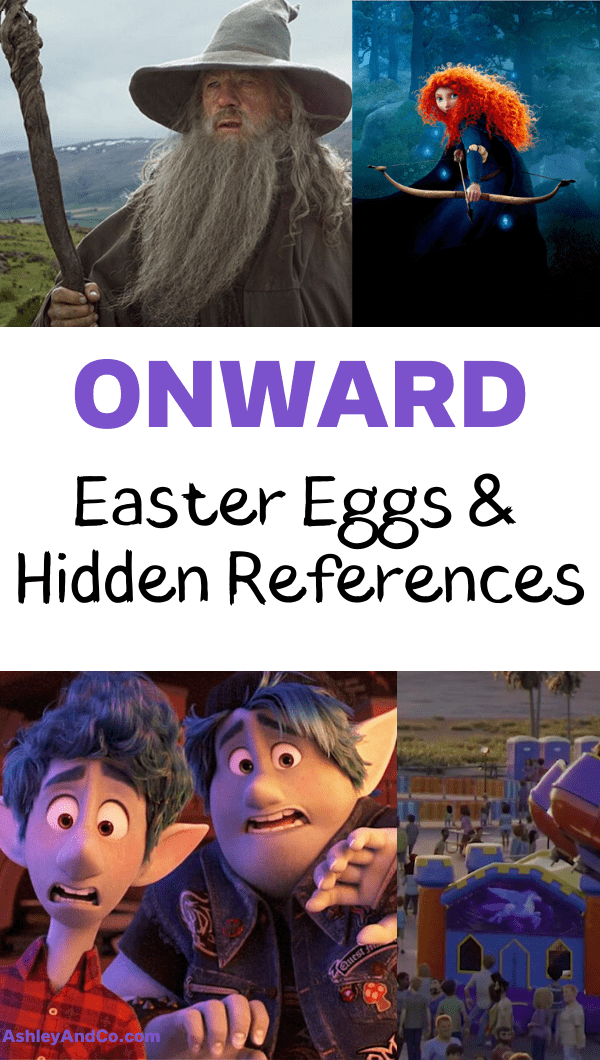 Before getting into the movie, it should be shared that the Toy Story 4 Onward Easter egg has finally been found! In the post credit scene, there is a unicorn on top of the bounce house castle. It is the same unicorn featured on the side of Barley's van Guinevere. 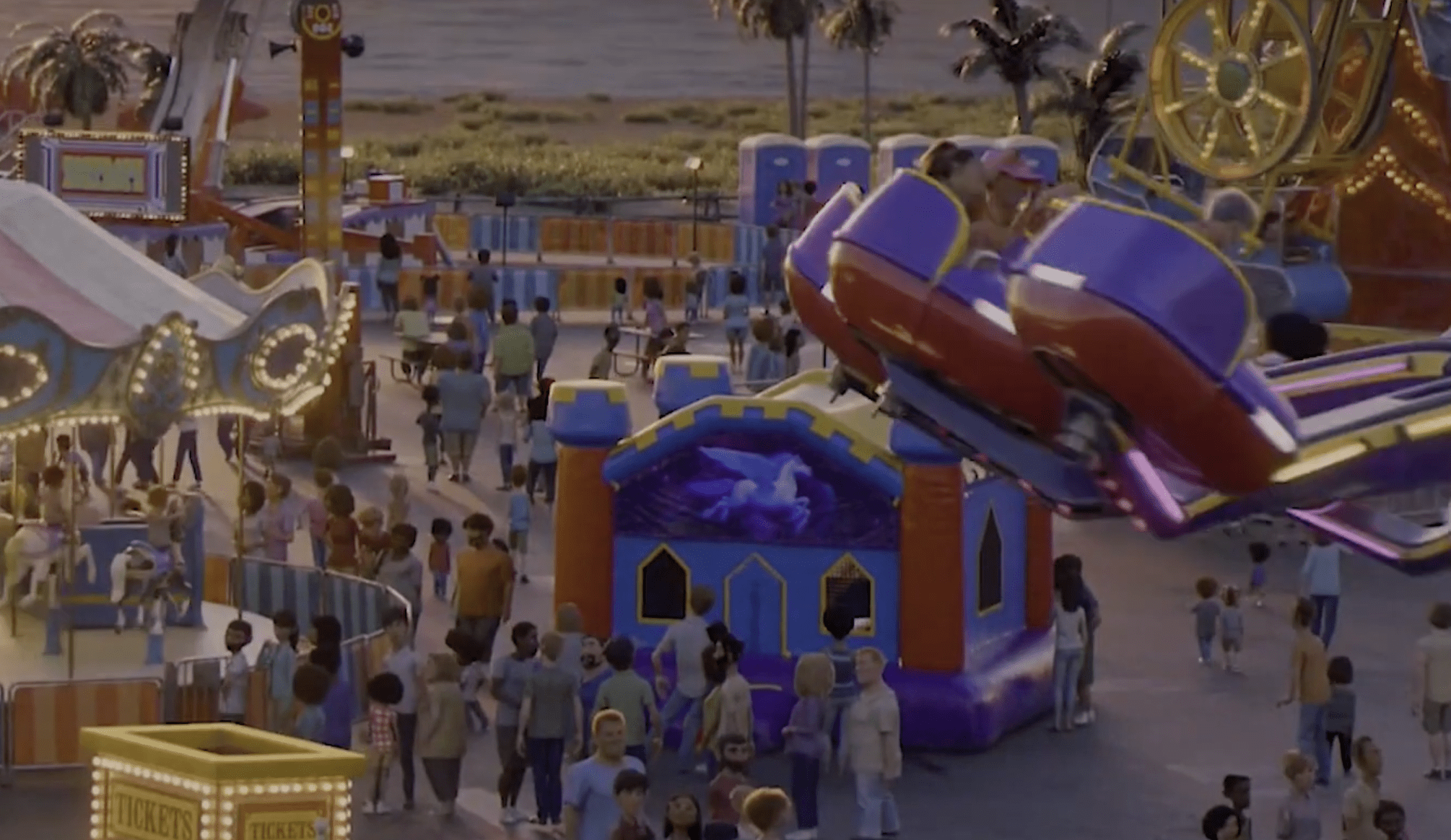 As of right now, we do not know what the Pixar Soul Easter egg in Onward is, but I will update this post once we do know.

I don't know about you but when I think wizards I immediately think Lord of the Rings and Harry Potter. Right off the bat, Onward opens with a tale of how the world use to be magical but then it got lazy along the way. Electricity is way easier than mastering a spell.

During that story, the wizard we see doing magic looks just like Gandalf standing in the gorgeous fields of Middle Earth or The Legend of Zelda: Breath of the Wild. The wizard's staff also resembles his from Lord of the Rings. 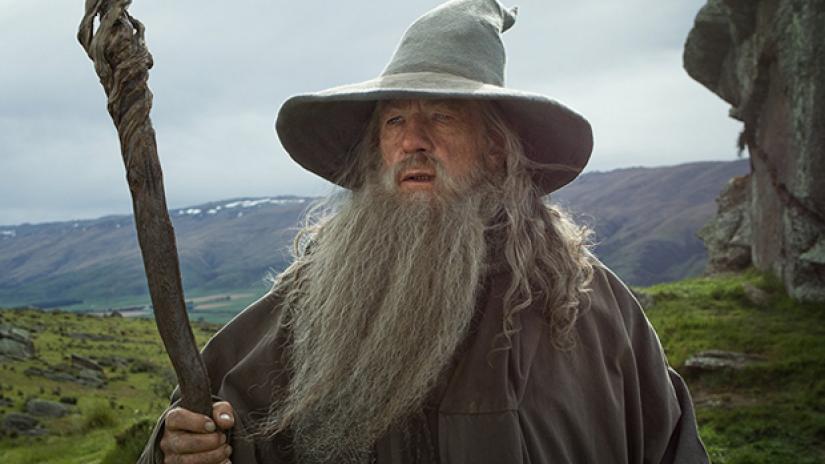 All around Gandalf, err Elf Wizard, the hillside is full of other magical creatures watching him. Lookout for Bonnie from Toy Story 3 & 4 in the audience.

A hidden Mickey is in the fireworks spell.

Now in present day, Barley is obsessed with a magic quest game that looks a lot like Dungeons & Dragons and Magic the Gathering, complete with dice, cards, and a book of instructions. 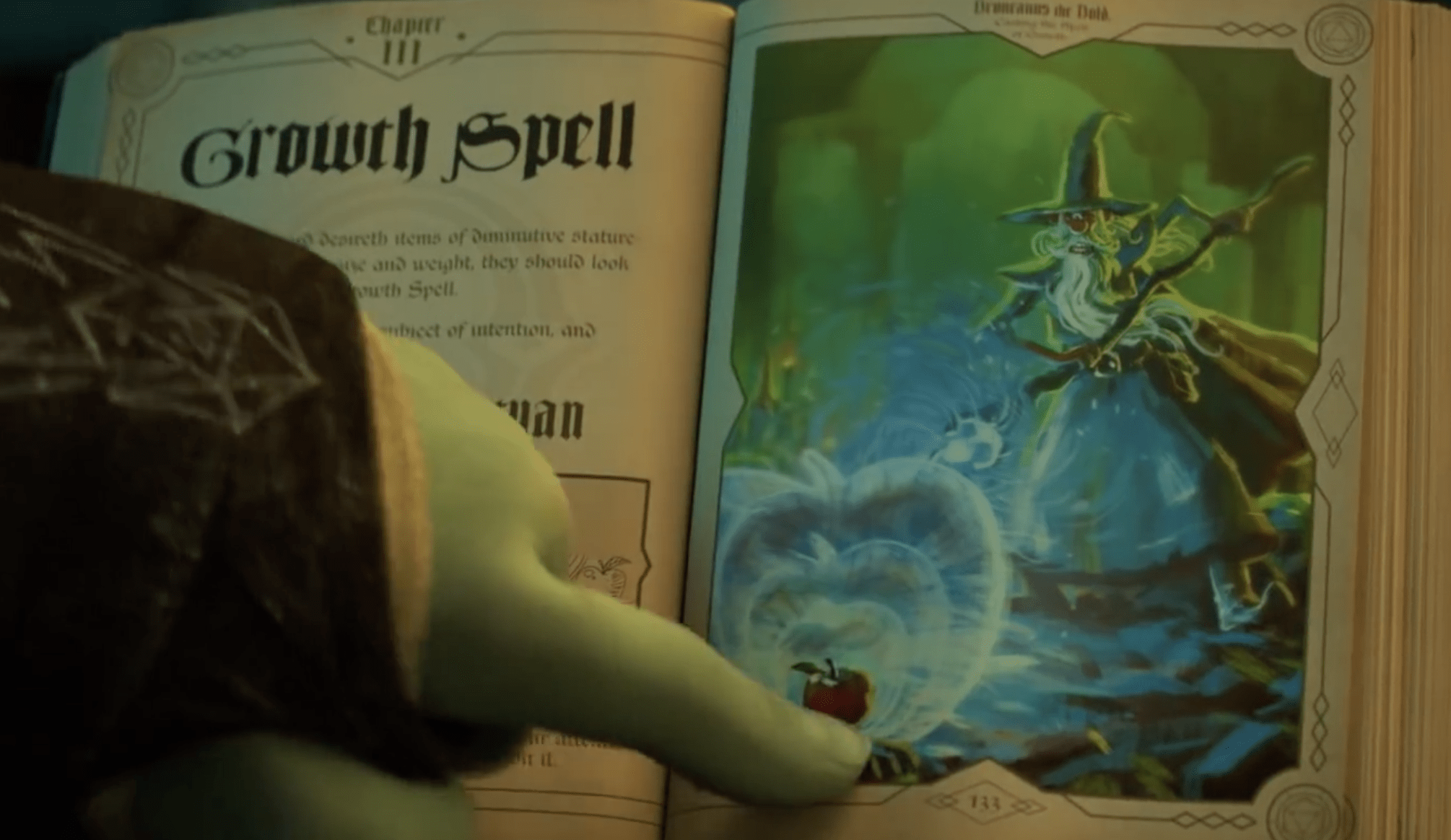 It is Ian's 16th birthday. The calendar he is using features a picture of the woods Merida finds herself in with the Will-o'-the-Wisps.

On the wall Ian has several pictures and posters. One is for a band called Muddle of Mush, or as we might know them, Puddle of Mudd.

At the restaurant Burger Shire, it says “second breakfast” on the sign. Second Breakfast is a nod to The Lord of the Rings: The Fellowship of the Ring.

Also at Burger Shire, Ian meets an old friend of his father, Gaxton who is voiced by Wilmer Valderrama aka Handy Manny.

Ian's awkwardness with his friends at school mirrors Peter Parker in Spider-Man Homecoming, down to the standing with his arms wrapped around himself.

Before Ian is unable to finish the spell, their Dad's shirt becomes partially visible. It is decorated with the Trinity Knot symbol. It can mean many things including the link between mind, body, and soul, or can denote a strong connection between three things. 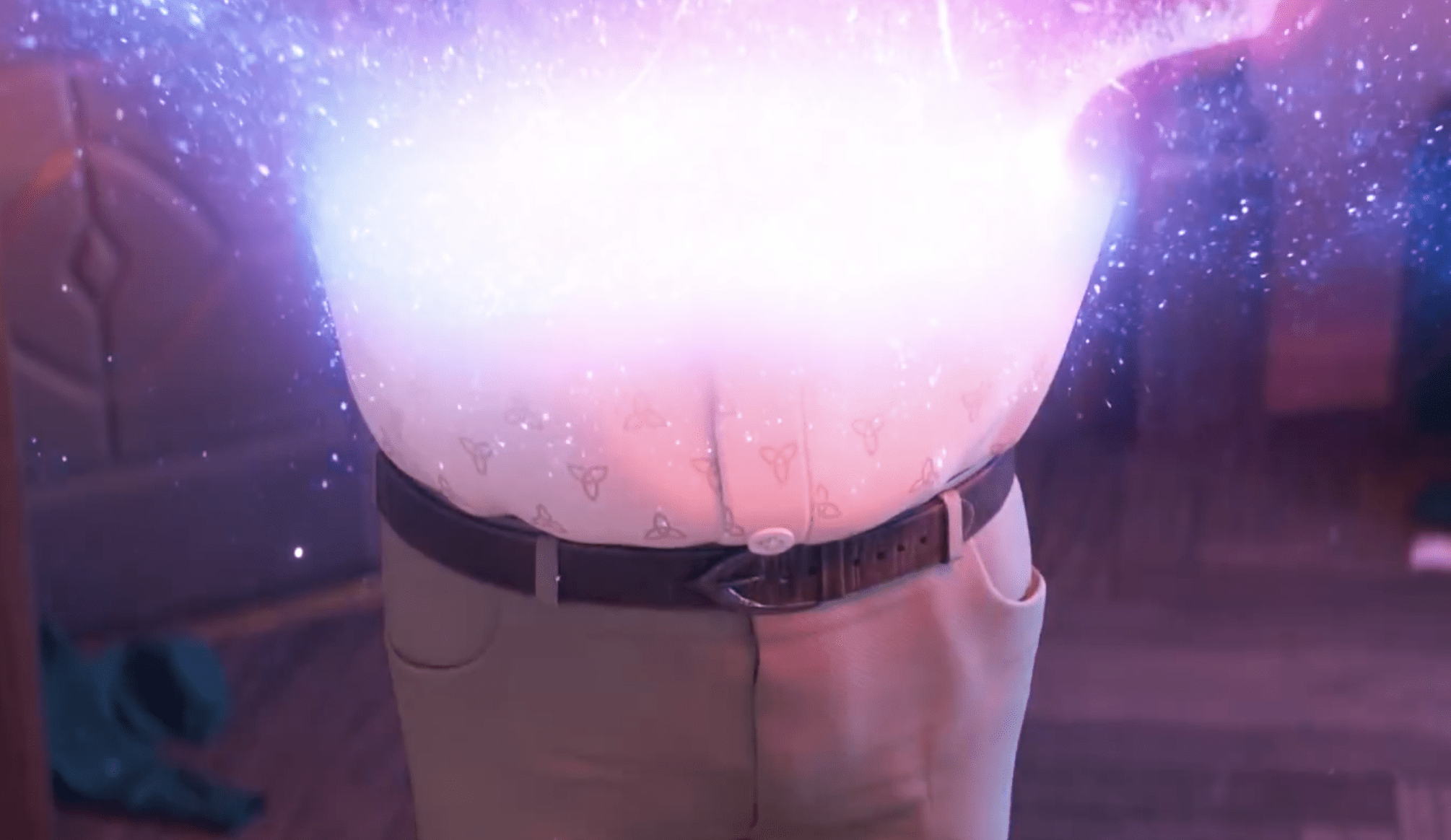 Ian disguises Dad to look more like a real person and not just half a body. It is a very Weekend at Bernie's kind of thing to do, complete with sunglasses!

As the brothers drive down the freeway they go through a toll booth which is manned by a Troll for the Under Bridge Transportation Authority.

Look to the right to spot the Pizza Planet Truck. There are also Cozy Cones from Cars and Toy Story.

Barley puts in a Quest Mixtape. In Guardians of the Galaxy, Peter Quill listens to Awesome Mix Vol. 1. 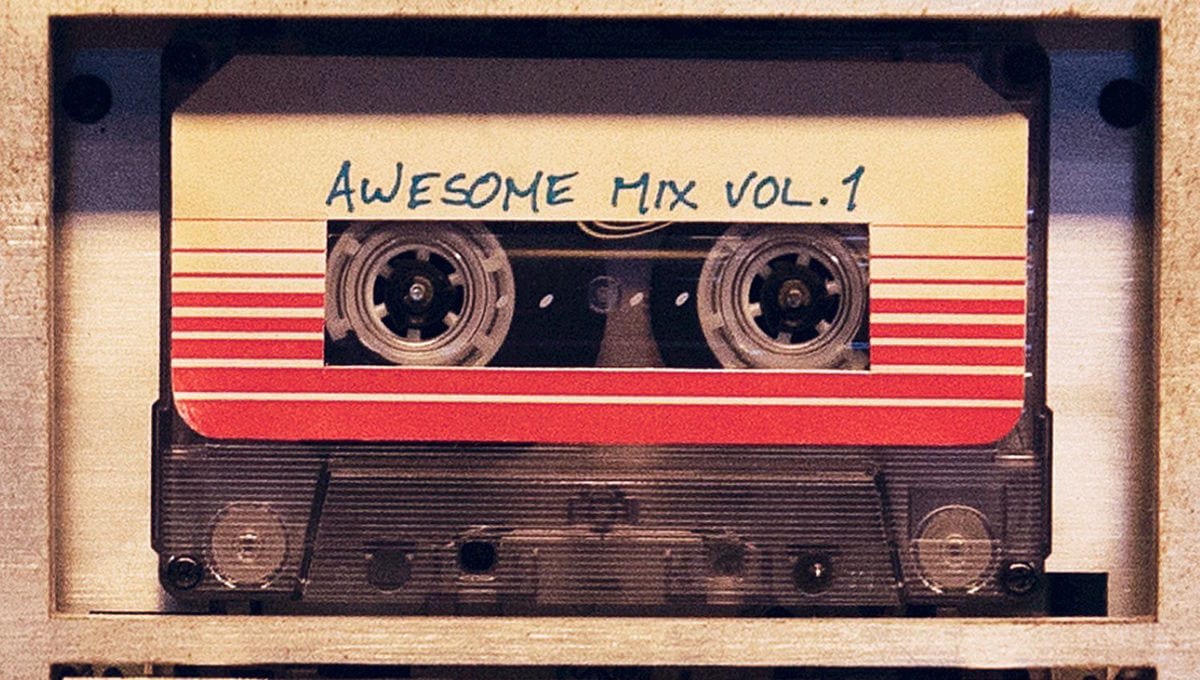 Inside the Manticore's tavern, look for Remy from Ratatouille cooking up all those kid meals.

The wait staff of the tavern are wearing Sorcerer Mickey Hats. On the wall is a shield that features the Pixar Ball design.

Look in the prize area for the frogs from Toy Story 4. Looks like they need Ducky and Bunny to come bust them out.

Related: All The Toy Story 4 Easter eggs You May Have Missed

When Barley and Ian are checking the map for their path to the gem, look for the Brave Wilderness and Lock Lake. The former is a nod to Brave while the later is from The Ballad of Nessie. 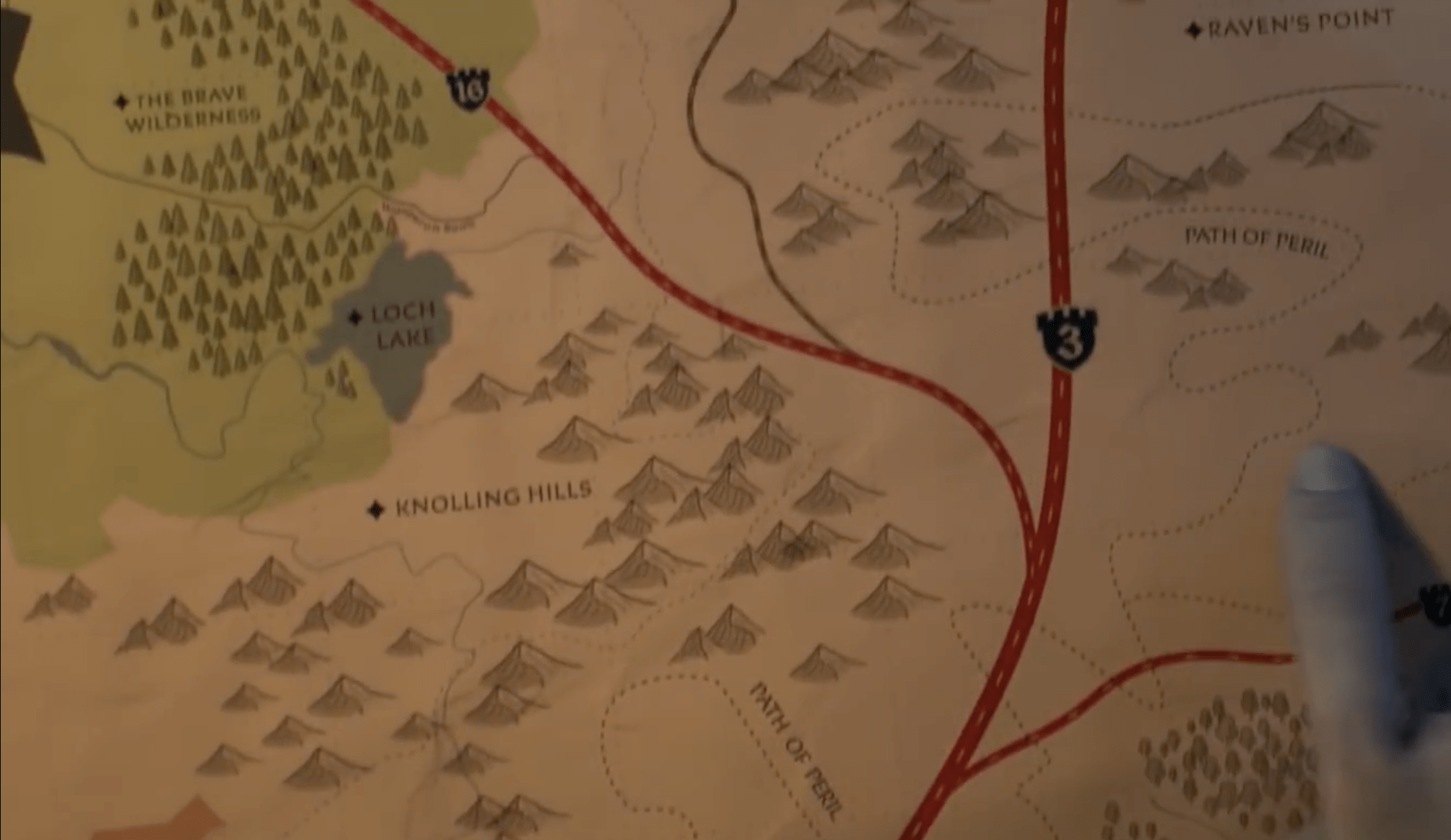 The wizard featured on the growth spell page looks like Yensid, the Sorcerer from Fantasia.

TripleDent Gum from Inside Out, Toy Story, and Cars pops up a couple of times. Ian has a pack in his room and the gas station also sells it. You can see it when the Pixie's are trashing the place. 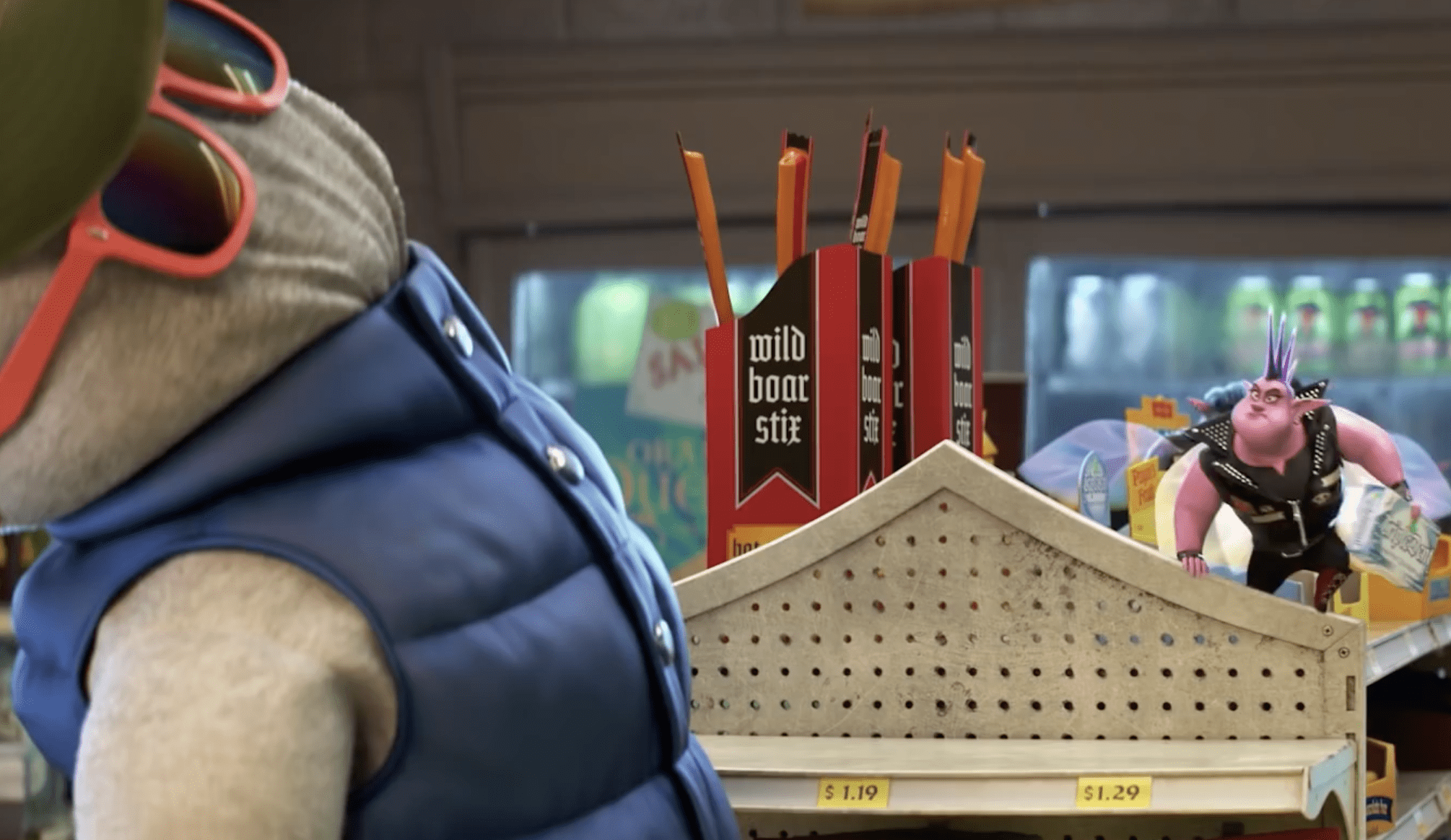 A lot of the brand names are plays on brands we all know like: Z90 Fit, Cloak & Cola, Prance Prance Revolution, Mount Doom, Mr. Mist, and Trollios to name a few.

Ian says: “Whatever it takes, I am gonna meet my dad!” Tom Holland and Chris Pratt starred in Avengers Endgame, where Captain America and Iron Man set out with the same whatever it takes attitude to fix the destruction Thanos has caused.

The Pawn Store clerk literally has a forked tongue.

The police call in a Code A113. A113 is the famous classroom at the California Institute of Arts.

Guinevere's last ride is a dramatic one. Barley wishes her goodbye and to be accepted into Valhalla. Valhalla is where the fallen warriors of Norse mythology go.

John Ratzenberger voices Construction Worker Felix. He is the guy trying to stop Barley at the end.

In D&D, one of the final quest options a lot of players choose is to fight a dragon. Ian and Barley are setup to do the same.

Officer Colt Bronco embraces his centaur ways and takes off for a run. He whips off his helmet to reveal Fabio style hair underneath.