Jinkies! The new Scoob movie is here and packed with easter eggs for classic Scooby-Doo shows and Hanna-Barbera cartoons! Could this mean a bigger cinematic universe is coming? This Saturday morning cartoon loving millennial sure hopes so.

We love movie Easter eggs aka hidden references around here, and Scoob did not disappoint. From the classic show opener to Quest Labs, The Jetsons, Jabberjaw, and more, there are a lot of Scoob Easter eggs to find! Who said watching all those classic cartoons on Cartoon Network was bad for me? 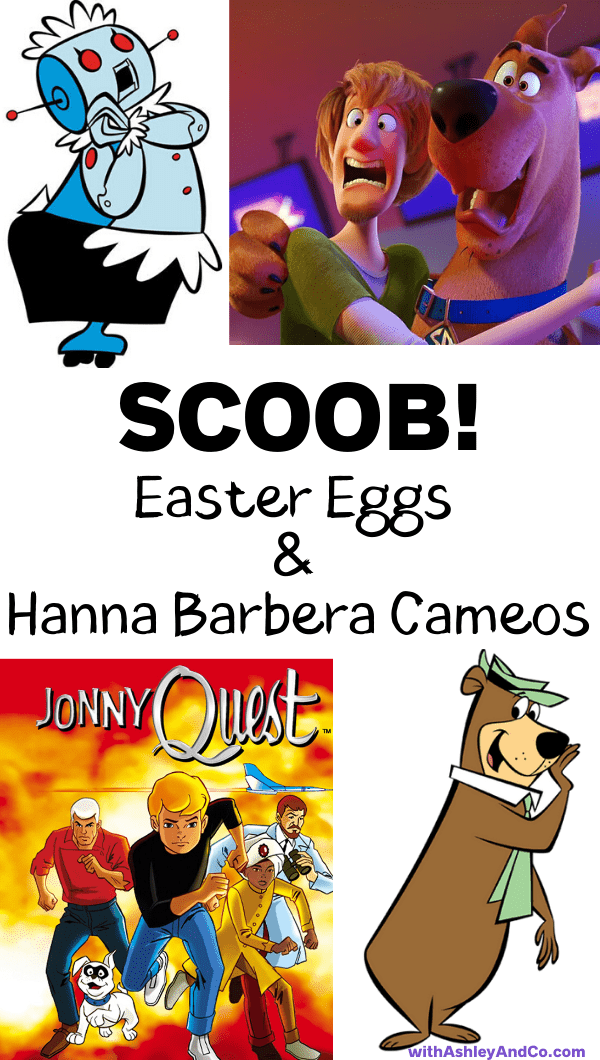 Young Shaggy is shown in front of Casey's Creations. The original voice of Shaggy is Casey Kasem.

Does the design for young Scooby look familiar? If you were a fan of A Pup Named Scooby-Doo that is why!

Silhouette portraits of Fred and Wilma Flintstone from The Flintstones are seen on the wall of the haunted house.

The montage of the Mystery Inc's adventures is almost a shot-for-shot replica of the opening credits of Scooby-Doo Where Are You!

The original voice of Fred, Frank Welker, is now the voice of Scooby. 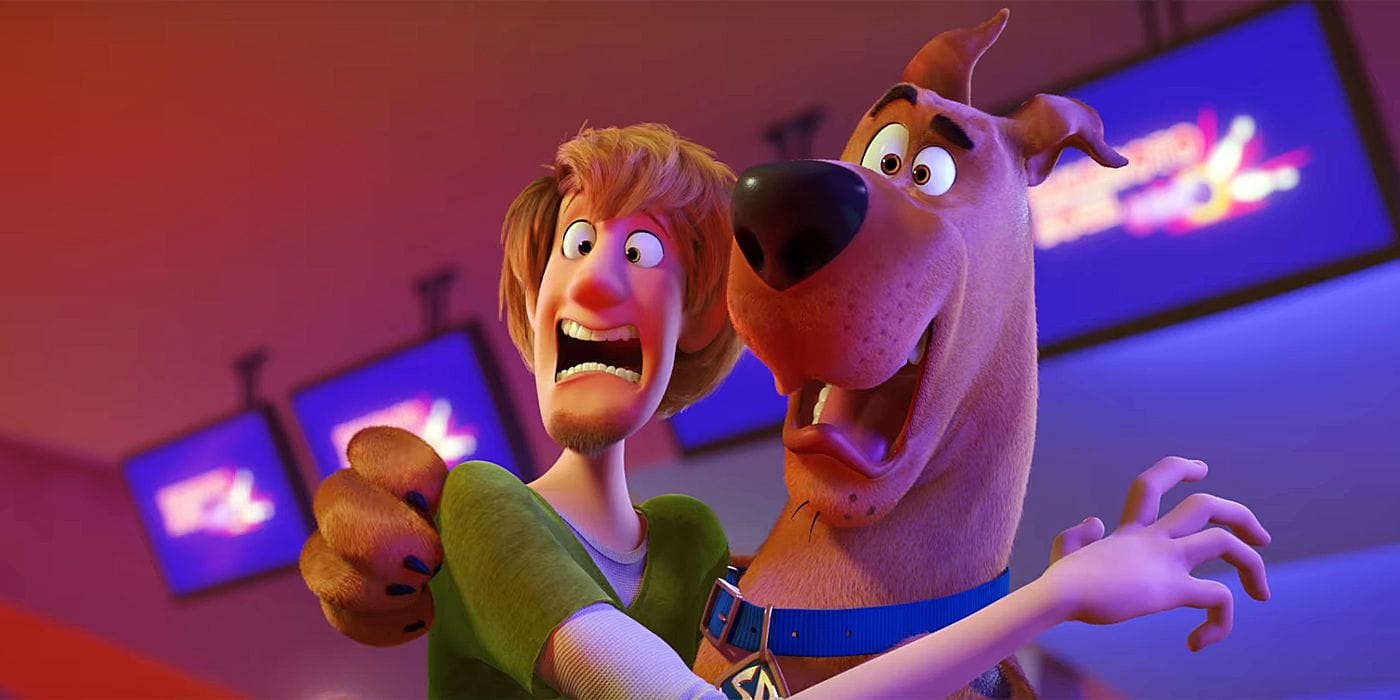 The bowling alley is modeled after the exterior of the original Hanna-Barbera Studio building.

The Rottens, the sometimes cute robots Dastardly uses for his schemes, are named after the Really Rottens, the evil team of cheaters from the series Laff-A-Lypmics. 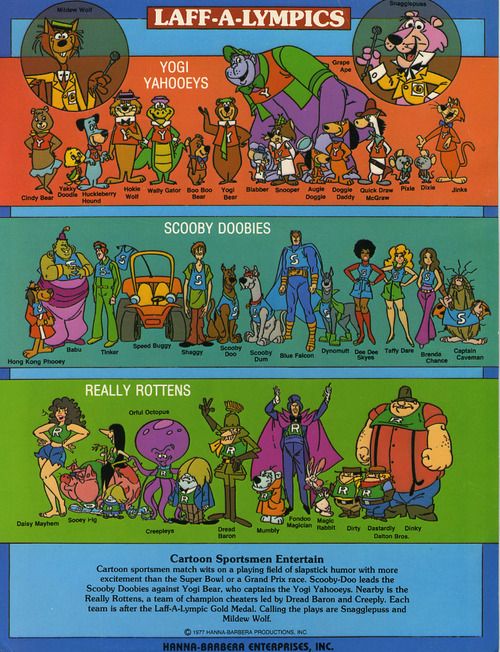 Blue Falcon and Dynomutt first appeared in The Scooby-Doo/Dynomutt Hour. Only the Blue Falcon was the smart crime fighter and Dynomutt was his bumbling robotic assistant. In Scoob, it's the reverse. Blue Falcon is actually the son of Radley Crown and Dynomutt is the crime-fighting genius.

Dick Dastardly first appeared int Wacky Races. One of the things on his rap sheet is being caught buying black market car parts.

Billy West is the original voice for Muttley.

That picture of Muttley sporting all those medals? That is a callback to Dastardly & Muttley in Their Flying Machines, where Muttley frequently had to save Dastardly but would only do it for a medal.

In Dastardly's layer, there is a picture of the classic Dick Dastardly and Muttley. 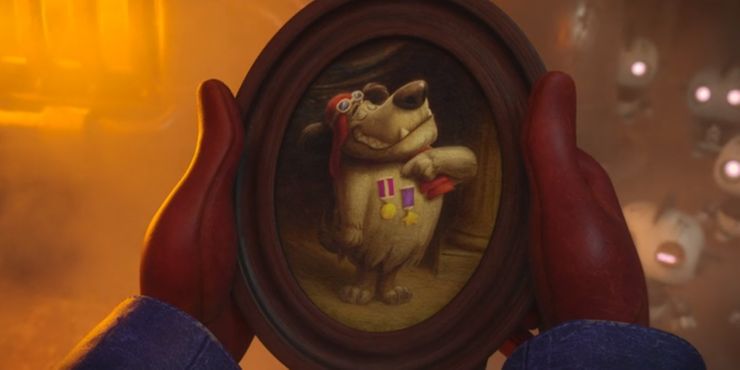 While the gang is out looking for Shaggy, they pass Peeble's Pet Shop. Peeble's is the home of Magilla Gorilla.

Out on the road, look for a billboard featuring Squiddly Diddly saying come see me at Bubbleland. Bubbleland was the park Squiddly lived in a performed his music.

The Yankee Doodle Pigeon that Dastardly and Muttley kept chasing around is seen in this movie as a stuffed animal.

Funland– not just a creepy amusement park, it is also home to the Funland Robot who is seen during the theme song.

While Scooby and Shaggy try to hide inside the arcade of Funland, look for a game featuring the number one super guy, Hong Kong Phooey. 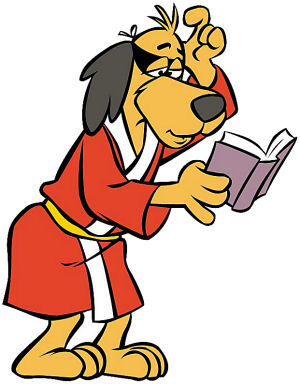 Also in the arcade are posters for The Banana Splits' Adventure Hour, The Hex Girls, and Underdog.

Look for a game called the Laff-a-Lympics. This is from Scooby's All-Star Laff-a-Lympics, which included 3 teams of various Hanna-Barbera's characters competing in Olympic style matches.

Space Stars is also seen as a game and is a nod to a short series of the same name.

Another character from Wacky Races, Penelope Pitstop, has her logo featured on another arcade game.

Frankenstein, Jr. and The Impossibles are seen on a pinball game.

Back out on the road, Fred, Daphne, and Vilma drive by another billboard sign, this one is for Jellystone National Park. This is the home of the picnic basket stealing, Yogi Bear. 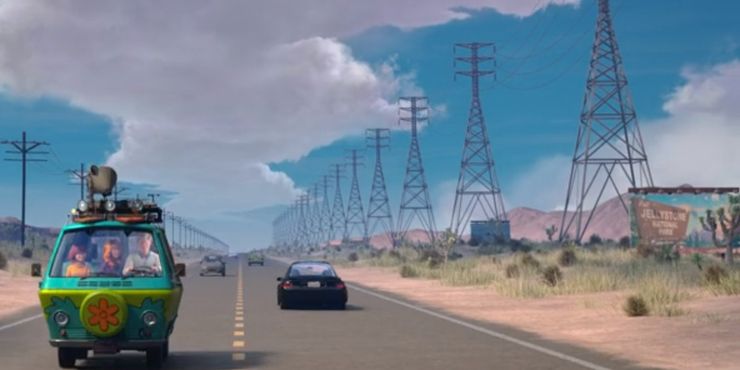 Another Flintstone's nod is the signal Captain Caveman uses for the fight to begin. The turtle makes the same whistle which was used in the opening theme of The Flintstones when it was time for Fred to get off work.

Eyeballs in the dark. Classic Scooby and really any older cartoon scene.

Fred gets his ascot.

The chase scene with Cerberus is reminiscent of every episode I ever watched of Scooby where they get chased by the bad guy.

In the final scene, the logo on the back of Velma's laptop is a Q, the symbol of Quest Labs from Jonny Quest. 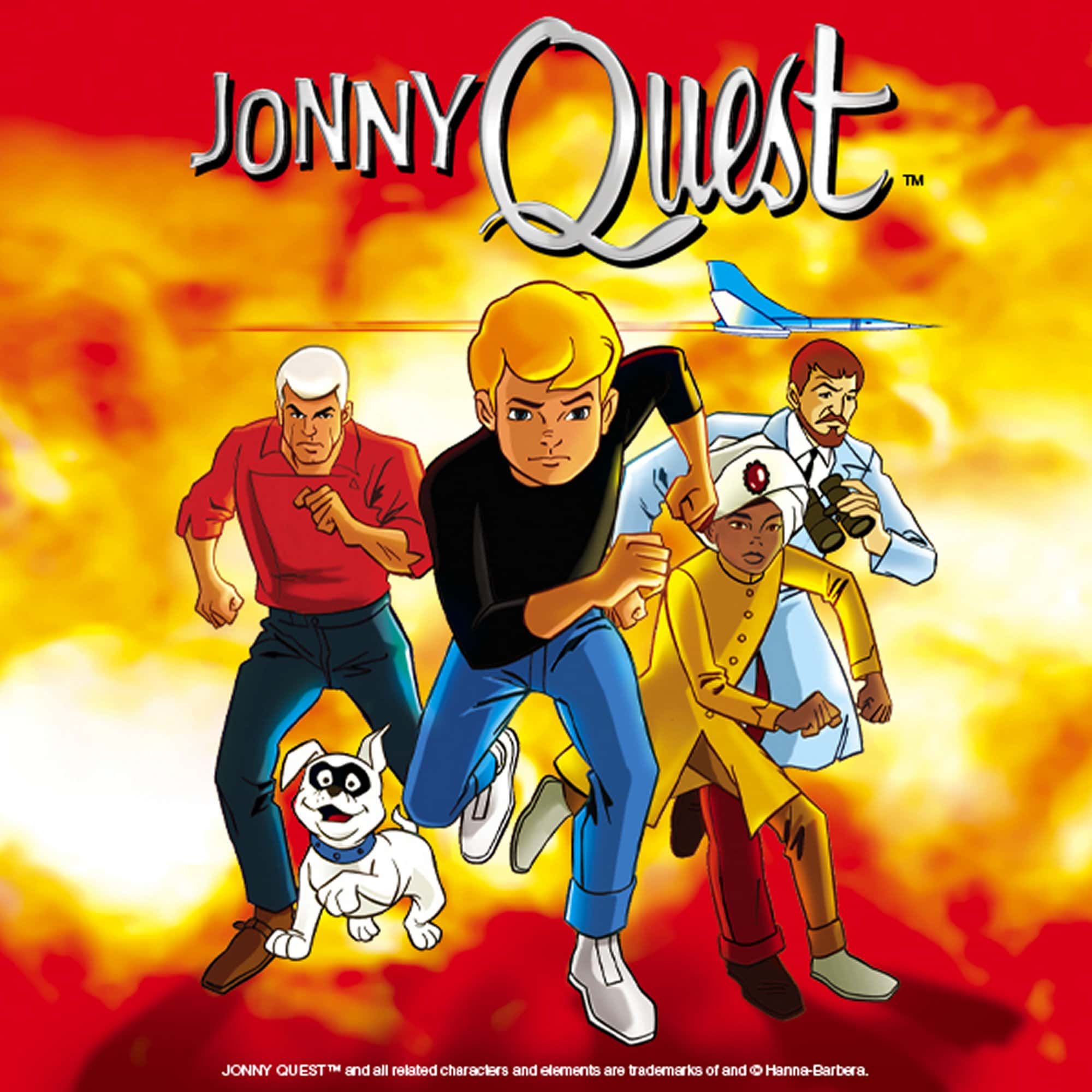 No there is not. But there are more Easter eggs to be found during the beginning of the credits.

Vilma is looking for her glasses

Atom Ant appears in a comics collage showing what happens after Scoob ends. It appears that Blue Falcon has assembled his own Avengers. Atom Ant naturally is this cinematic universe's Ant-Man.

Dr. Quest takes the Mystery Inc crew around Quest Labs. Look in the back right corner to see a high-tech Frankenstein Jr.

In the lab there are specs for Rosie the Robot, the famous housekeeper from The Jetsons. 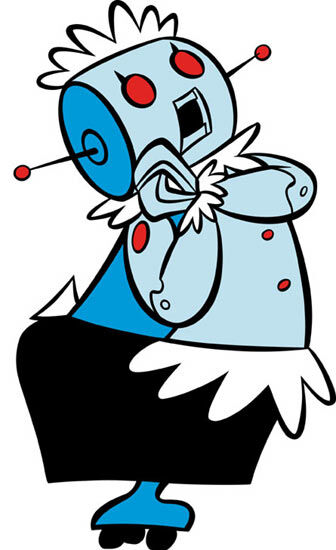 Dastardly escapes from prison with the help of Muttley.

At the very end you can hear a werewolf howling. Could this be the next adventure for Mystery Inc?

119 shares
Previous Post: « How To Create a Study Space For Kids
Next Post: Scoob Movie Review | Scooby- Doo Is That You? »