Looking for a film that will get the whole family laughing and may inspire a harmless prank or two? The War With Grandpa is now available to own on Digital and coming December 22 to Blu-ray and DVD! Keep reading to see the fun pranks our children played and enter The War With Grandpa Giveaway! 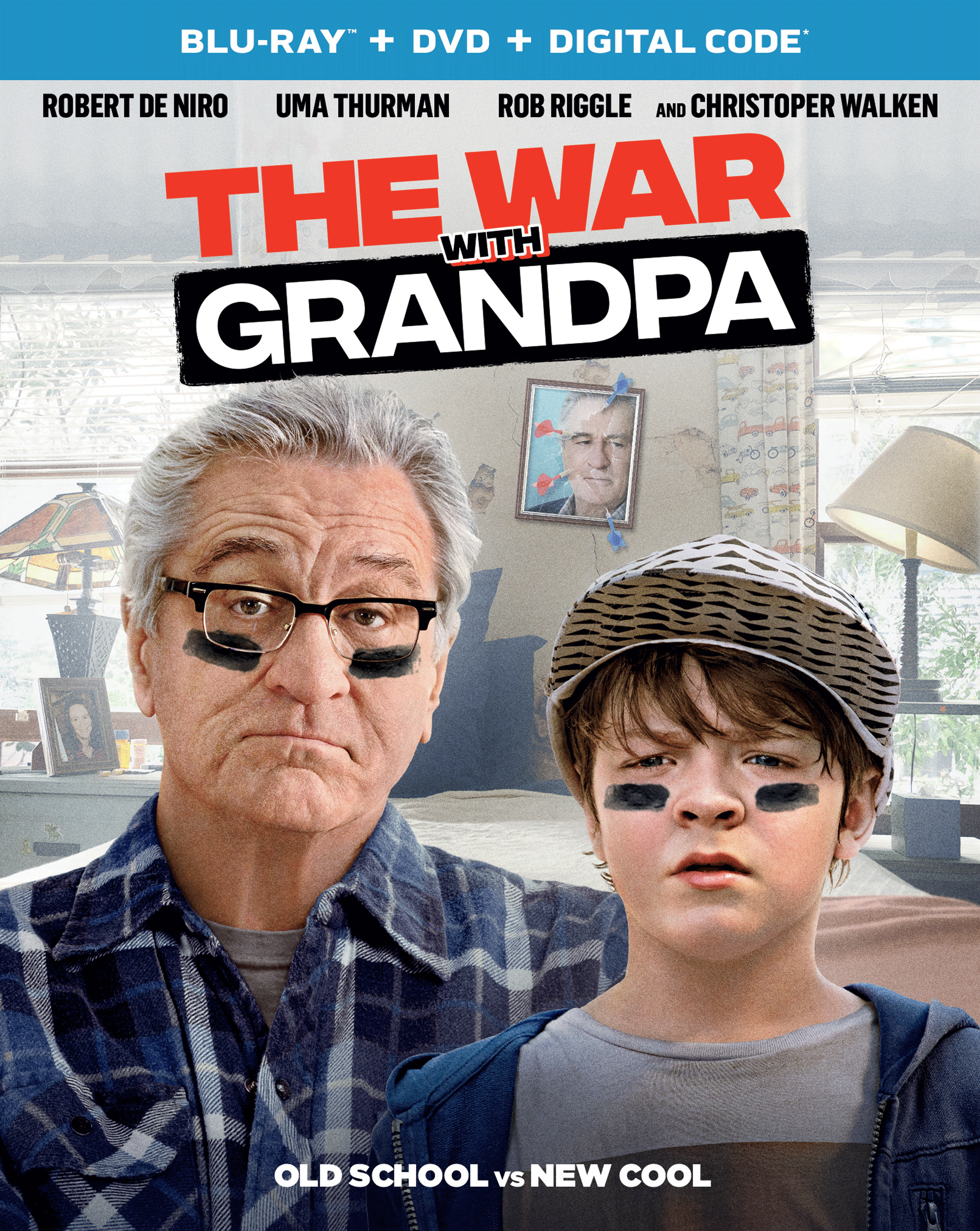 The War With Grandpa

Sixth-grader Peter (Oakes Fegley) is pretty much your average kid- he likes gaming, hanging with his friends, and definitely not living in the attic. But when his recently widowed grandfather Ed (Robert De Niro) moves in with Peter's family, the boy is forced to give up his most prized possession, his bedroom. Unwilling to let such an injustice stand, Peter declares war on his Grandpa and the two engage in increasingly elaborate pranks in an attempt to win. But as with all war, there are some consequences and a lesson to be learned.

Based on the book by Robert Kimmel Smith of the same name, The War With Grandpa will make the while family laugh-out-loud.  And as I said before, it might inspire a prank or two. But nothing too naughty, after all we don't want to get coal in our stockings!

The War With Grandpa Unboxing and Prank Challenge!

Our friends from The War With Grandpa and Universal Pictures sent over a massive box full of goodies to celebrate that The War With Grandpa is now available to own  just in time for those holiday movie marathons with the fam. My son decided it would be a great idea to get his sister involved after he found some super sour candy and not-so-tasty jelly beans!

The War With Grandpa Giveaway

One winner will receive a Blu-ray Combo Pack of The War With Grandpa!