Go back to where it all started for Link in The Legend of Zelda Skyward Sword HD now available for the Nintendo Switch. It surpasses its Wii namesake to deliver both enjoyable and incredibly fun gameplay. 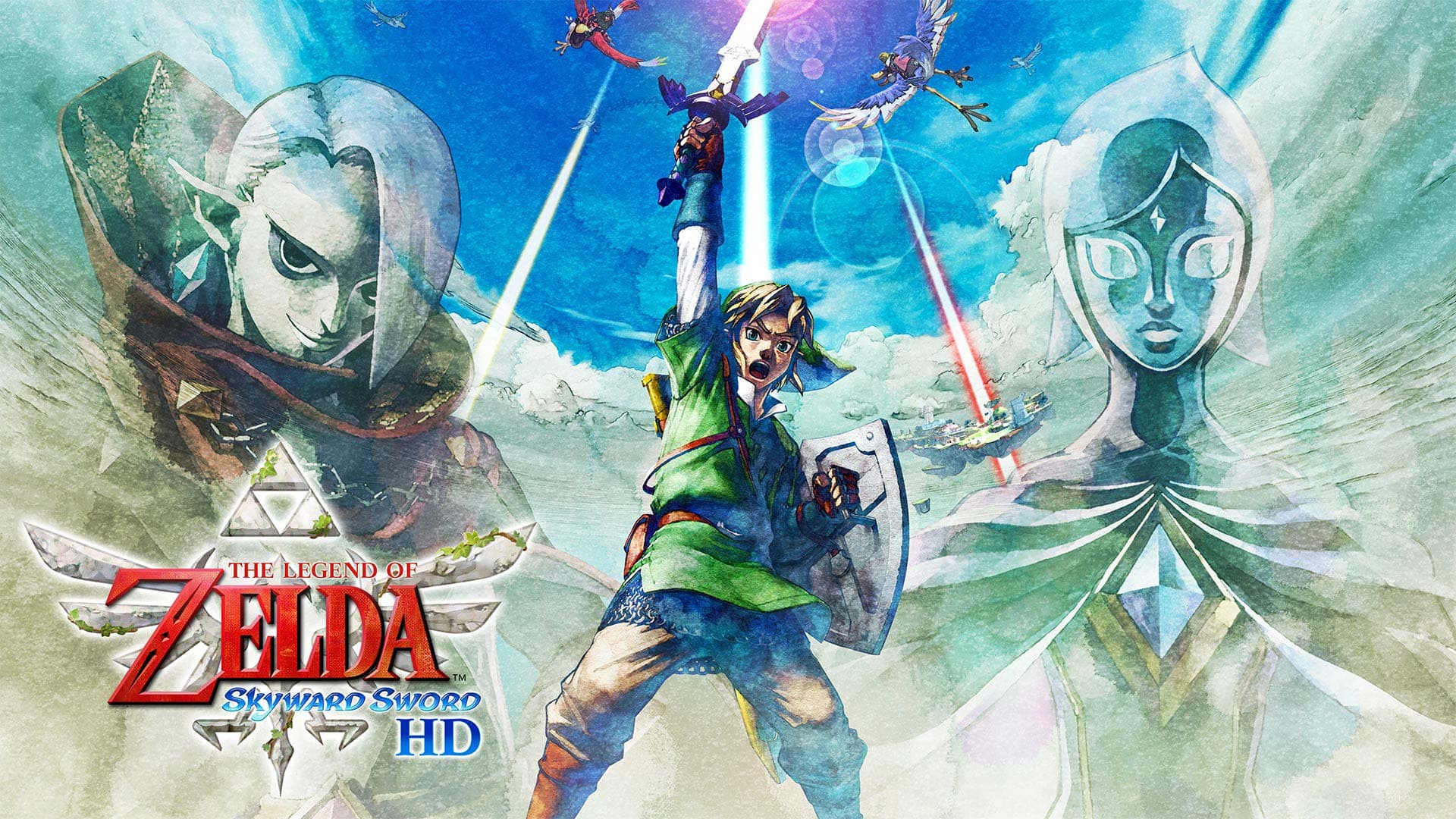 We received a review copy of the game from Nintendo. All opinions and the original Wii version are our own.

Although this is not the first The Legend of Zelda game, Skyward Sword HD takes place in the earliest parts of the franchise's timeline. In a floating village called Skyloft, Link and Zelda live peacefully. Everyone rides around on gigantic birds called Loftwings while the world below is covered in clouds no one has ever ventured through. On the very day Link passes his exam to become a Knight, chaos occurs. Zelda is dragged beneath the clouds and Link with the help of the mysterious spirit, Fi, learns how to travel beneath the clouds in order to rescue Zelda.

The original version of Skyward Sword was played on the Wii using the MotionPlus controllers and that is part of the original appeal of the game. Using the Wiimote made the player feel as if they were Link, swinging his sword, throwing ropes, and soaring on the back of a Loftwing. Skyward Sword HD brings that back to the Zelda game world, with the option to use motion controls through the Joy-Cons. To this gamer, it is one of the things I have sorely missed in the newer game Breath of the Wild. Having it back was definitely welcomed.

But for those who are less than thrilled about motion controls, this version of the game also allows the user to toggle between the motion and button controls. Either way gets you to where you need to be and it all comes down to comfort. The motion controls may take some getting used to as they are opposite to how any of the newer Zelda games work, but once you get a feel for them they become second nature. 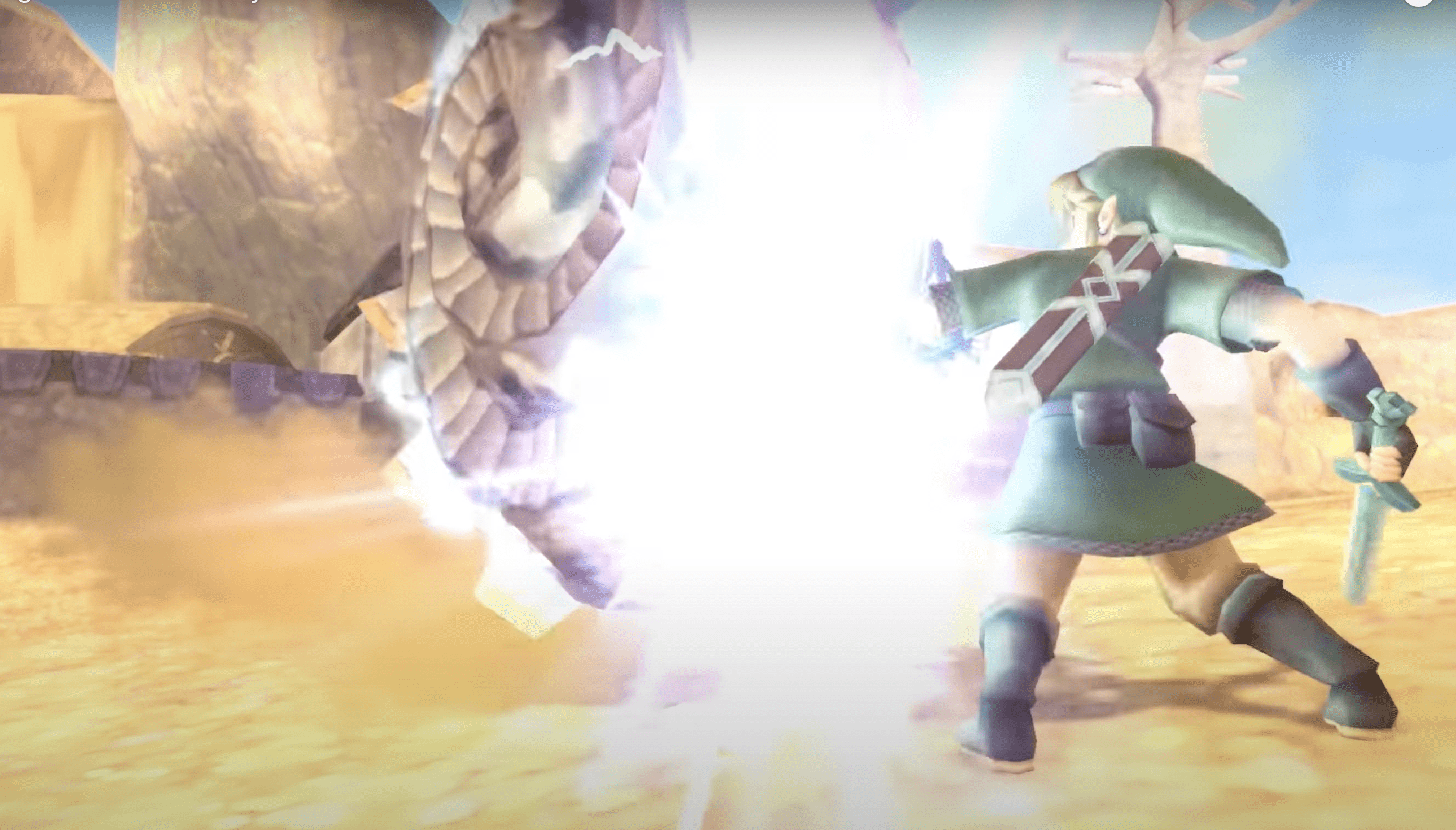 Like the Wii, it isn't just the sword and shield that require players to get into the game with the motion controls. A lot of the new items are meant to require a physical response like throwing out the whip and hearing that satisfying snap and swinging the bug net around. As I mentioned though, you don't have to use the motion controls which again is a win for fans of all skill and patience levels.

There are many other improvements in Skyward Sword HD beyond the controls. For one, the visuals of the game have been upgraded. The original ran at 30 fps with the new one doubling that to 60 fps. The clarity and crispness of the details are evident everywhere you look in Link's world. Another positive change is the ability to skip cutscenes and speed up lengthy dialogue. Probably the biggest improvement after the graphics from the original is Fi. She is Link's helper but was very annoying in the Wii version, constantly popping in to comment on anything and everything. In Skyward Sword HD players can call on Fi when they need her, making her pop-ins few and far between.

Repeated item descriptions, another monotonous thing of the past are also gone. I don't need to know what the Hylian Shield is every time I pick it up. Another favorite feature is the auto-save. Sure I'm still programmed to make my way to a save area (that's what happens when you've been a gamer since the 90s) but at least if something prevents me from getting there the game will save my progress.

As someone who played the original, Skyward Sword HD has won me over with its much needed improvements that add to and do not subtract from the gameplay. The sword play in this Zelda game is the best in the franchise, there is something about being in control of Link with the motion controls that really pulls you in. It's not about spamming the swing button, but rather you're asked to think about how your swing will hit the opponent and when the right moment is to use your shield. Although the dungeons might not be the hardest ever, looking at you Ocarina of Time water temple, they are incredibly detailed and thrilling to traverse.

Skyward Sword HD managed to level-up the original Wii version without losing any of what made the game so special in the first place. Beautiful visuals, epic fight scenes, and a whole lot of fun await you beyond the borders of Skyloft. 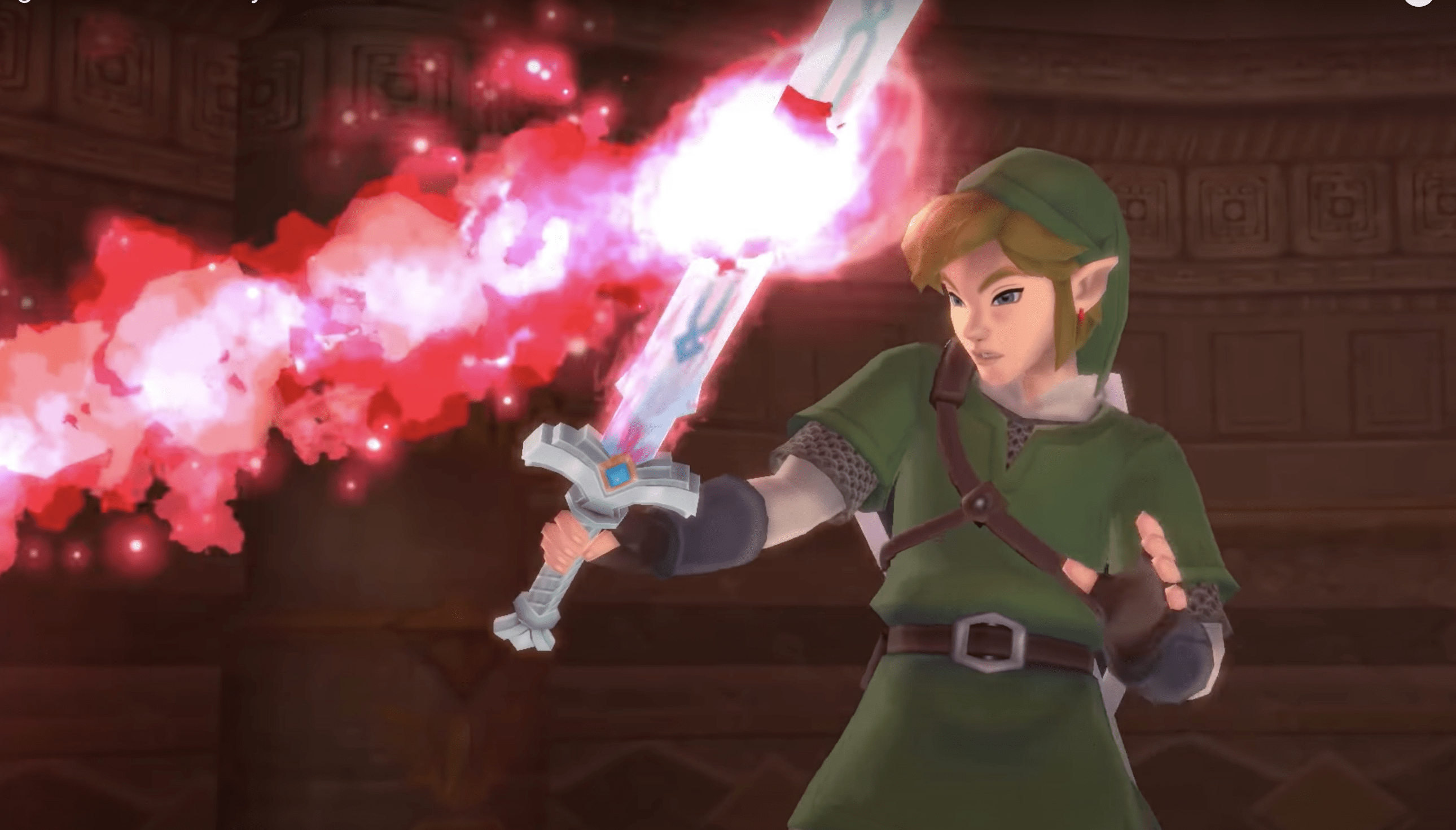 The Legend of Zelda Skyward Sword HD is now available wherever games are sold.

Previous Post: « 10 Reasons Why We Love The Cabanas at Hersheypark
Next Post: Shang-Chi and the Legend of the Ten Rings Movie Review: MCU Does It Again »