The highly anticipated trailer of the first Marvel Studios show of 2022, Moon Knight has officially debuted and it has fans talking all over the internet. Who is Moon Knight? Is Ethan Hawke the main villain or is someone else lurking in the dark? Let's get into this Moon Knight trailer breakdown and see what clues Marvel left us to find, including some fun easter eggs. 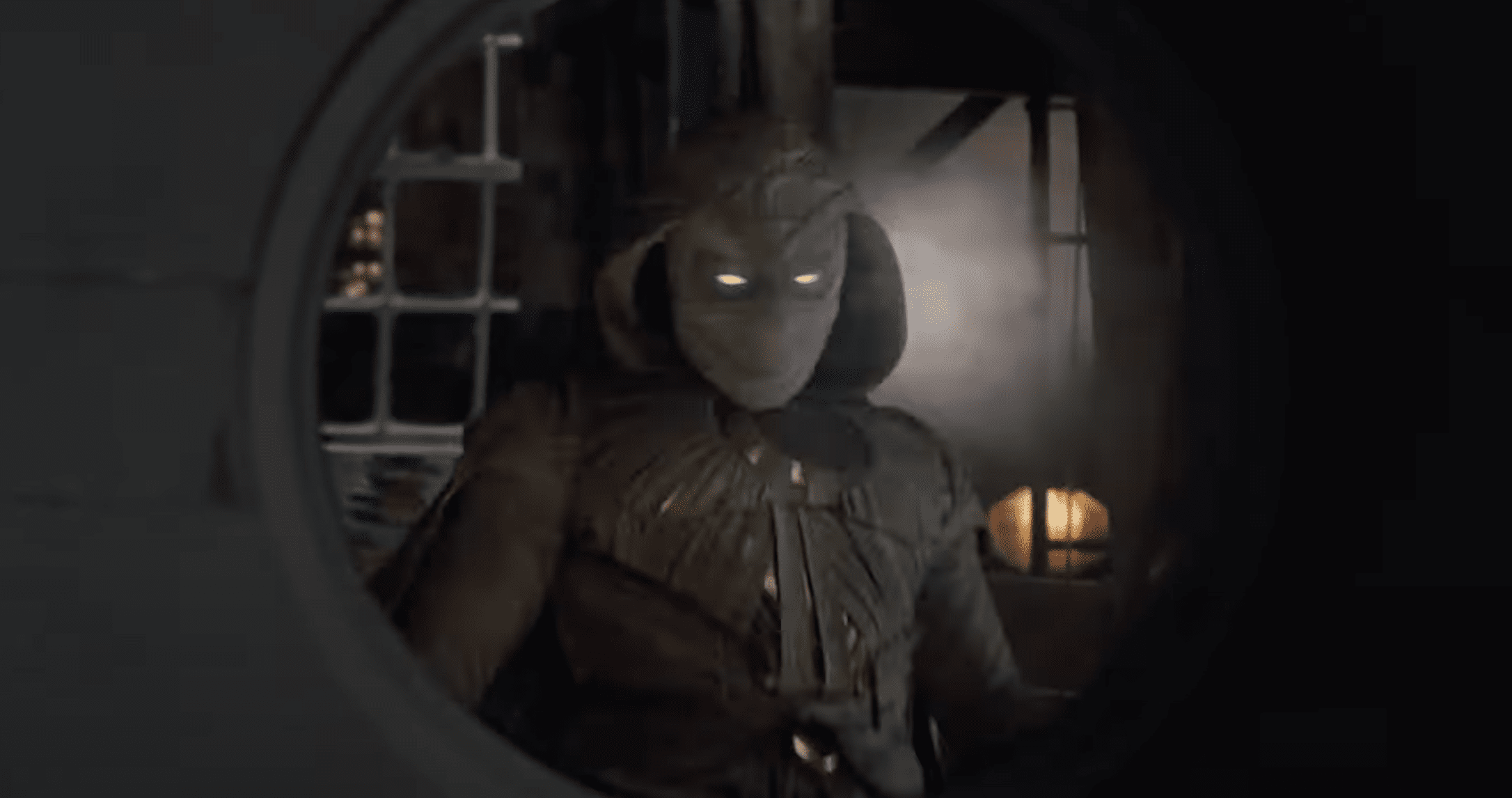 Steven admits he has a sleeping disorder and that he cannot tell the difference between his waking life and when he is asleep. He is shown locking the door, taping it, and tying himself to the bed. In Agent Carter, Dottie Underwood chained herself to her bed following her training and life in the Spy program run by the Leviathan (which was the show's version of the Black Widow program.)

In the comics, Moon Knight suffers from dissociative personality disorder, where each aspect of his personality fights to be the one in control.

When he jumps up screaming from his bed, one of the books on the coffee table is the “Adventures of the Soul: Journeys Through the Physical and Spiritual Dimensions” by James Van Praagh.

RELATED: All The Eternals Easter Eggs and Cameos You May Have Missed

The song playing throughout the trailer is Day ‘N' Night by Kid Cudi which is a track on his Man on the Moon album.

At the museum, Donna tells him he is useless and calls him Stevie. He corrects her saying his name is Steven. Donna Kraft is Marc Spector's publicist. This Donna appears to be a co-worker or a superior of his at the museum.

Steven Grant is one of his personalities.

Looking in a mirror, Steven catches a glimpse of himself in the Moon Knight outfit.

In the elevator a mysterious, albeit terrifying figure looms in the darkened hallway. That is Khonshu, god of the moon. Despite looking scary, Khonshu is an ally or at least he does not mean Steven harm. In the comics, Marc Spector was a mercenary. But on one trip, he was left for dead and taken inside the temple of the moon god Khonshu who spares his life and charges Marc with protecting the innocent. 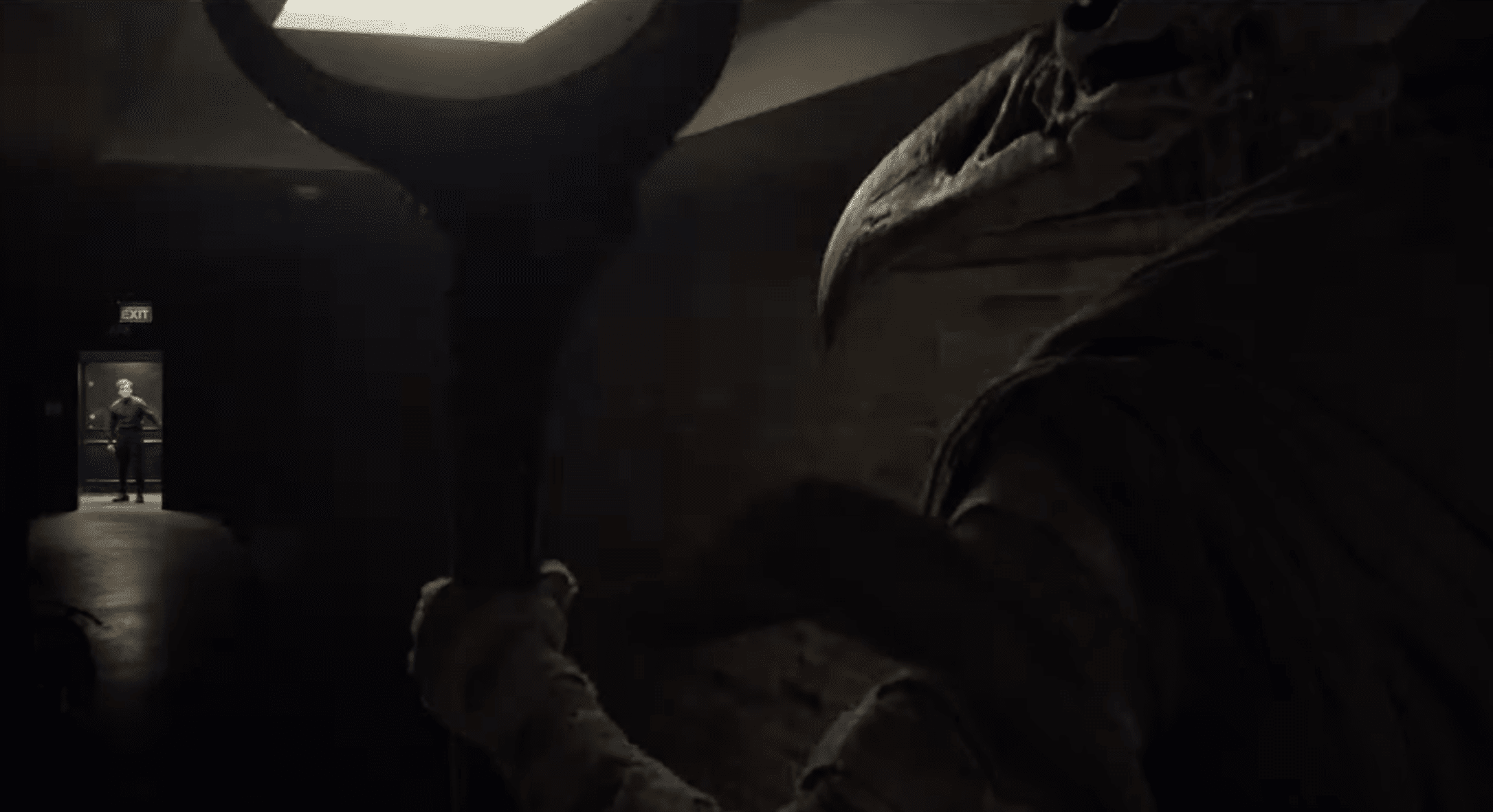 Another shot of Steven in the museum is shown. The statues shown here are Horus, a pharaoh, and Set. Horus is a symbol of the hero, while Set is the evil side of mankind. However, both sides were to be embraced and used by Pharaoh in ancient times.

In the same scene as he walks away from the mirror, two versions of his reflection remain. This likely is another hint at his other personalities, in this case Marc and Jake Lockley.

Inside of a triangle shaped hole, Steven finds a phone and a key. The image on the flip phone screen, is a crocodile, a nod to the god of the Nile, Sebek. This is a god that represented fertility and military prowess, the latter useful to a mercenary like Marc Spector.

The woman on the phone is named Layla and she refers to him as Marc. Steven seems confused that she is calling him by another name. It is unclear whether or not Layla will be a stand-in for Marc's wife Marlene Alraune or if she is Layla Miller, a mutant, like some rumors have suggested. The way she sounds upset with him on the phone makes me lean towards wife or girlfriend.

Ethan Hawke is playing Arthur Harrow, a cult leader and the obvious villain of the show. In the comics, Harrow is a genius scientist and surgeon. There are also theories that Harrow could also be the Sun King (Patient 86) in the MCU. The Sun King is a ruthless killer who maintains a calm exterior. He at one point was committed to Ravencroft, the same mental asylum Cletus Kasady was also kept at. Hawke has mentioned he is basing his performance off  the infamous cult leader David Koresh. 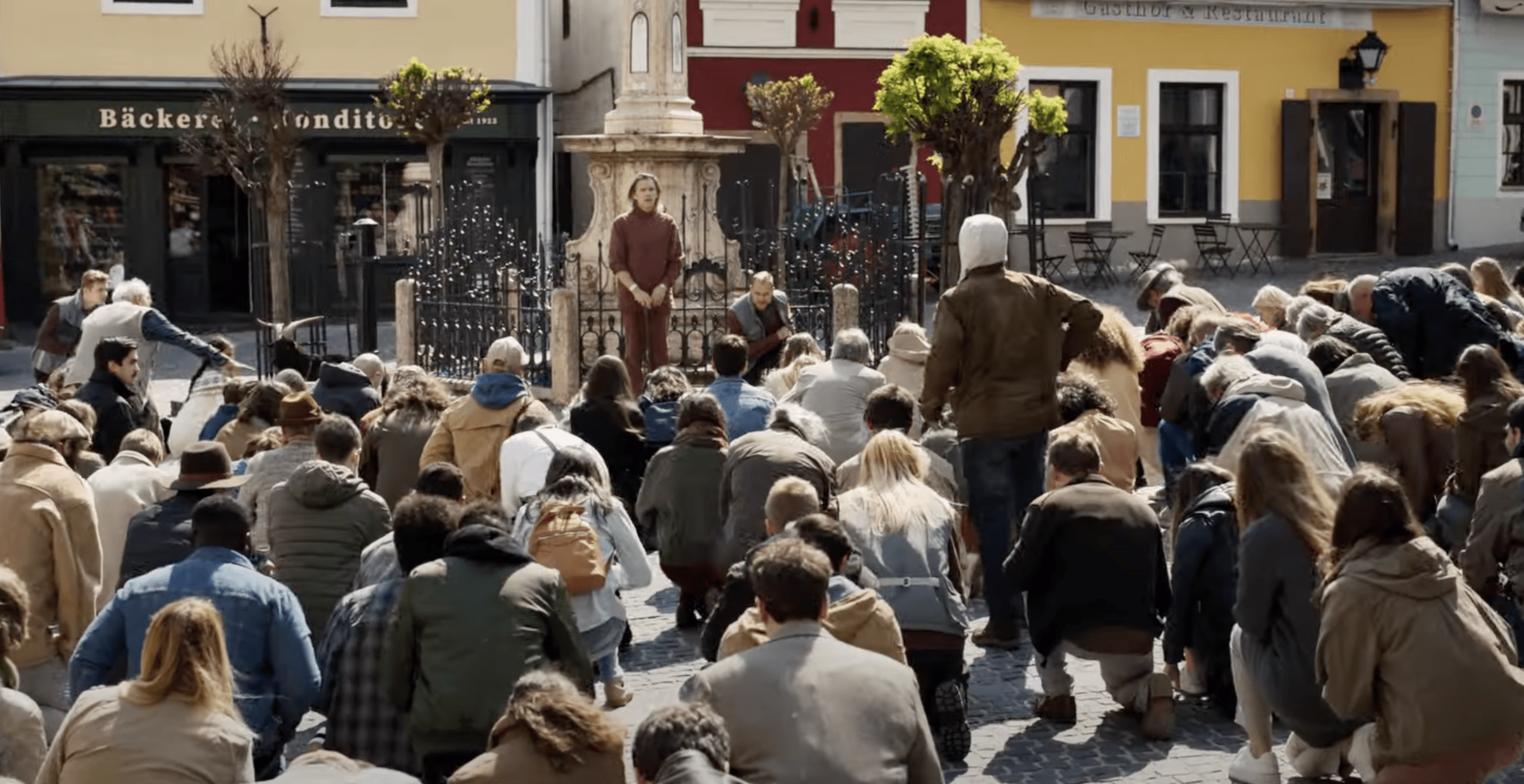 Marc is shown yelling at his reflection. I have a feeling not only the accents but the use of mirrors in the show will help the audience track which one of Marc's personalities is in the driver's seat.

In the next scene, Steven looks shocked to be driving around holding a gun.

Another shot of the Great Pyramids.

A shadow of the crescent moon is seen on the floor as Steven runs from something.

Harrow is heard saying Embrace the Chaos as the Moon Knight suit wraps around Marc like a mummy.

In the bathroom, Marc is beating up a creature that appears to be a Jackal. In Ancient Egyptian culture, the god Anubis has the head of a jackal.

Then there is the full reveal of the Moon Knight costume which looks amazing. 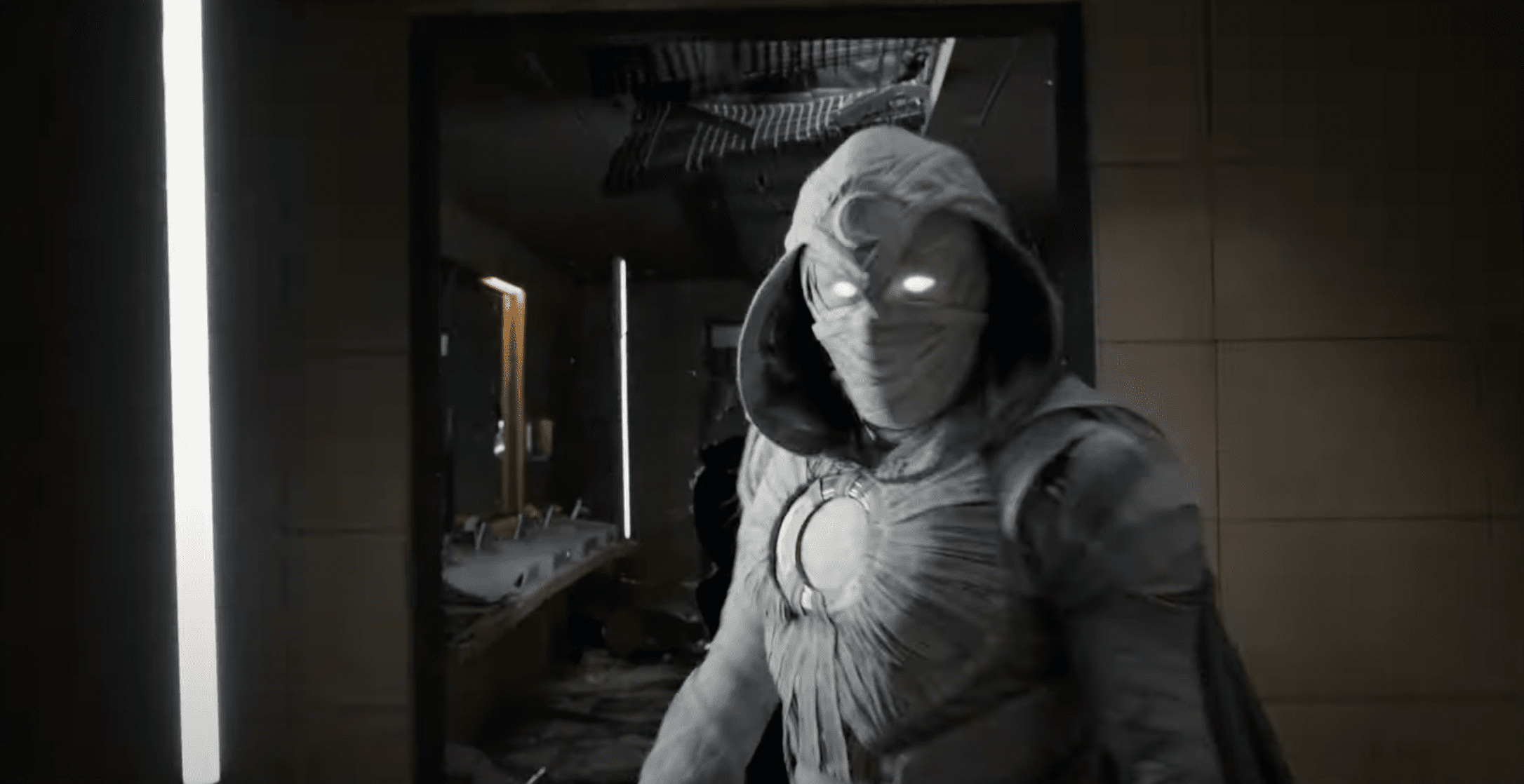 Eternals tie in: The post credit scene of Eternals takes place inside a museum in London although it is not the same one we see in this trailer. However, given Marc Spector's work with Blade and the Black Knight in the comics, it could further point to the fact a supernatural team is forming in the MCU.

Throughout the comics, sometimes Khonshu is a real presence, other times it is just Marc dealing with the effects of his dissociative personality disorder. However, Marc is alive thanks to Khonshu, who saved his life when he was left for dead after a fight with fellow mercenary, Raoul Bushman. In the comics, Bushman teams up with the Sun King to attempt to kill Moon Knight.