Now available to own on Digital and coming soon to Blu-ray, 4K, and DVD is the award-winning musical West Side Story.  Director Steven Spielberg helms a film that features some of the best choreography and visuals from the 2021 slate. Read on to find out more about the West Side Story bonus features. 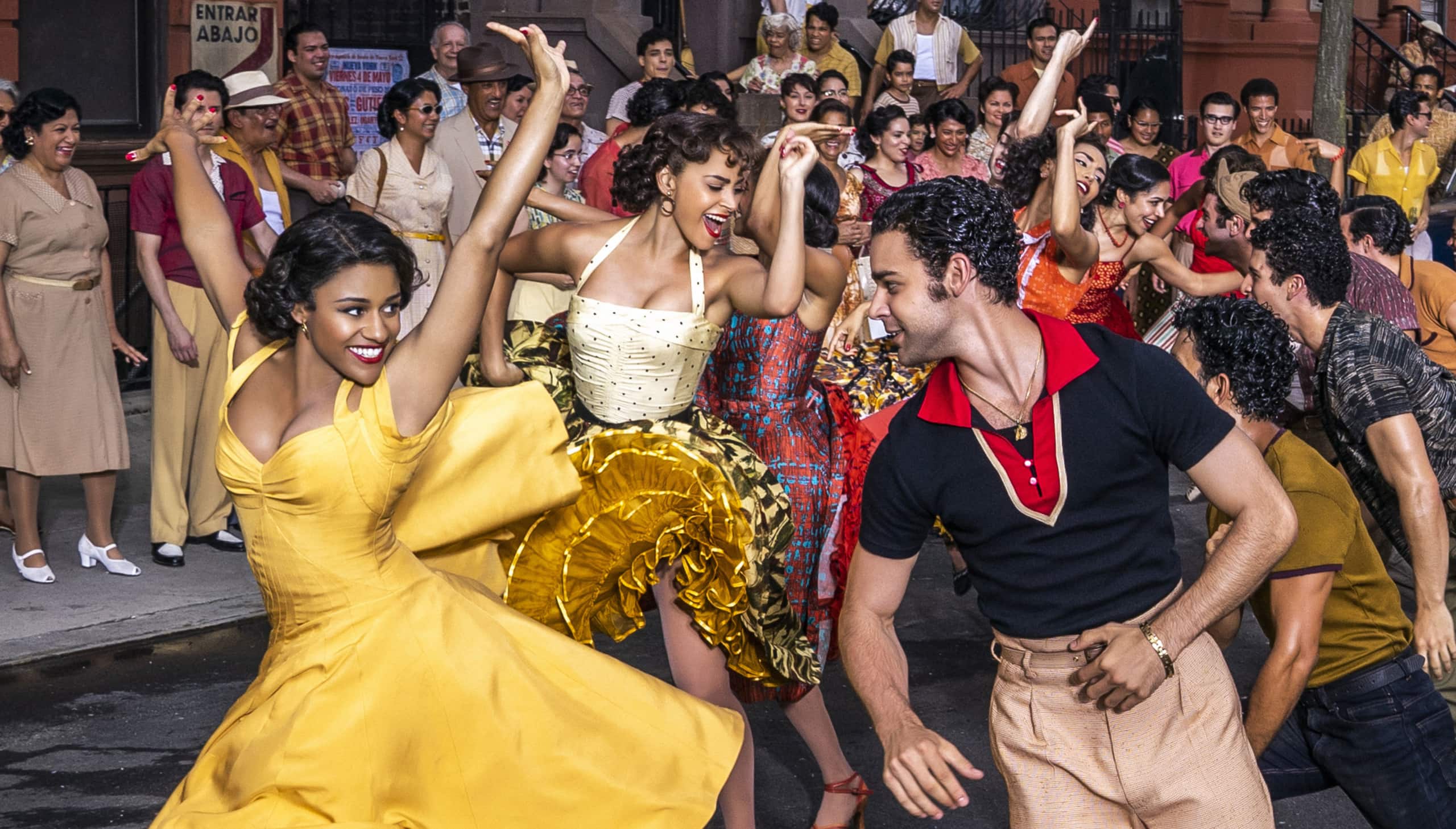 West Side Story follows the Jets and the Sharks as they constantly confront each other over their street territories. The Jets, embolden by racism, consistently make the situation worse and the two gangs are on the verge of an all out war. Riff (Mike Faist) the leader of the Jets wants former leader Tony (Ansel Elgort) to join them when they fight the sharks. Fresh out of prison for brutally beating someone, Tony refuses. Sharks leader, Bernardo (David Alvarez) and his girlfriend Anita (Ariana DeBose) are trying to set up Maria (Rachel Zegler) his 18-year-old sister with a nice guy who is not involved with the gang at all. But when Maria and Tony meet during a dance and fall in love with one another, the tensions between the Jets and the Sharks boil over and the result is devastating for the young lovers.

To make this film work, Director Steven Spielberg had to tackle updating West Side Story while still staying true to what made it resonate with audiences when it was first released in 1957 on Broadway. The result is a musical packed with gorgeous visuals, stunning choreography, and some standout performances. 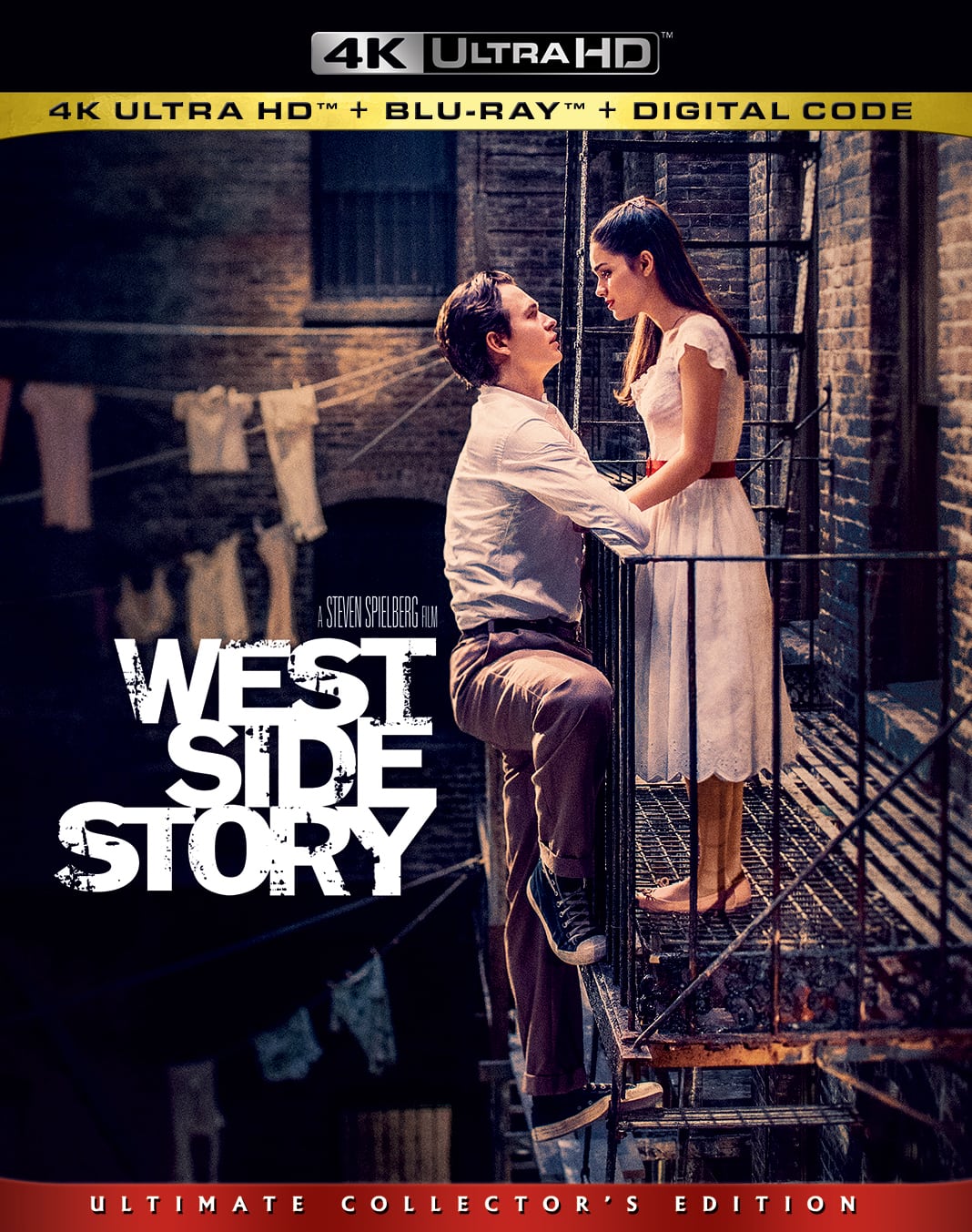 The Stories of West Side Story

Opening – Director Steven Spielberg begins the journey of one of his career goals – to direct his own cinematic version of the iconic musical. Doing so means he will embrace enormous challenges.

Prologue – From the iconic finger snaps to the complex choreography, we are introduced to the film’s opening scene and explore its setting. We begin to see Spielberg's vision take shape.

Sharks & Jets – Meet the actors who play the Sharks and the Jets. Go behind the scenes of “La Borinqueña,” the song of the Puerto Rican Revolution, which was added into this vision of the story. Discover the deeper meaning of “Jet Song.”

Dance At The Gym – Mambo your way through “The Dance At The Gym” and Justin Peck’s choreography, as it leads to the pivotal moment when Tony and Maria meet for the first time.

The Romance – Explore the budding romance of Tony and Maria with the songs “Maria” and “Tonight” as Rachel Zegler (Maria) and Ansel Elgort (Tony) talk about the casting process, and what led them to this career-defining film.
America – During a sweltering New York heat wave, the cast and crew take the production to the streets for one of the biggest dance numbers in the film, “America,” featuring Ariana DeBose, who plays Anita.

Gee, Officer Krupke – Spielberg and the Jets make “Gee, Officer Krupke” their own through a new setting, vocal direction and choreography, while they explore the meaning of Stephen Sondheim’s lyrics. Get to know Iris Menas (Anybodys) and the significance of their role.

Cool – During the first week of production, Spielberg and the cast nervously jump into filming on the elaborate and challenging set of the musical number “Cool.”

From Quintet to The Rumble – Spielberg and his team navigate the intertwining scenes of “The Quintet” and “The Rumble.” Once there, they take a scene that is traditionally stylishly choreographed, and instead bring a more visceral authenticity to the fight between the two gangs.

I Feel Pretty – Screenwriter Tony Kushner sheds new light on “I Feel Pretty.” We see how, in Spielberg’s film, the beloved song by lyricist Stephen Sondheim is given new vision, as it is set and performed within Gimbel’s department store.

Somewhere – Hollywood Legend Rita Moreno, who won acclaim for playing Anita in the 1961 film, returns as Valentina, a shopkeeper’s widow, as well as an executive producer. She brings extraordinary experience and emotion to the film and sings the song “Somewhere.”

Finale – In a moving testament to the talented cast and crew of WEST SIDE STORY, Spielberg reluctantly wraps “one of the best filmmaking experiences” of his career.

Tribute – The late Stephen Sondheim reflects on his career and experience making WEST SIDE STORY in this dedication to the esteemed lyricist.

Go directly to your favorite musical numbers from West Side Story.

* Bonus Features may vary by format.

West Side Story is available on now on Digital and coming to Blu-ray March 22.