Now available to own or rent on Digital and coming to Blu-ray and DVD October 18 is Paws of Fury: The Legend of Hank! Included in the bonus features are behind the scenes featurettes with the voice cast, drawing lessons with the director, and more. Read on for your chance to win a digital copy of the film in our Paws of Fury giveaway!

Paws of Fury: The Legend of Hank

Paws of Fury tells the story of Hank (Michael Cera), a loveable dog with a head full of dreams about becoming a samurai. Down-on-his-luck, Hank finds himself in a town full of cats who need a hero to defend them from a ruthless villain's (Ricky Gervais) evil plot to wipe their village off the map. With help from a reluctant trainer (Samuel L. Jackson), the underdog must assume the role of fearsome samurai and team up with the felines to save the day.

Anyone who has ever watched Blazing Saddles will find familiar humor and plenty of references in the more family-friendly Paws of Fury. For kids it is a colorful, fun samurai movie romp while the adults will catch themselves recognizing and even chuckling at the meta humor. It's a Mel Brooks film without being a Mel Brooks film, although he is in it. Plus the all-star voice cast is clearly enjoying spoofing themselves and their own iconic lines, toned down in the case of SLJ for ratings purposes. 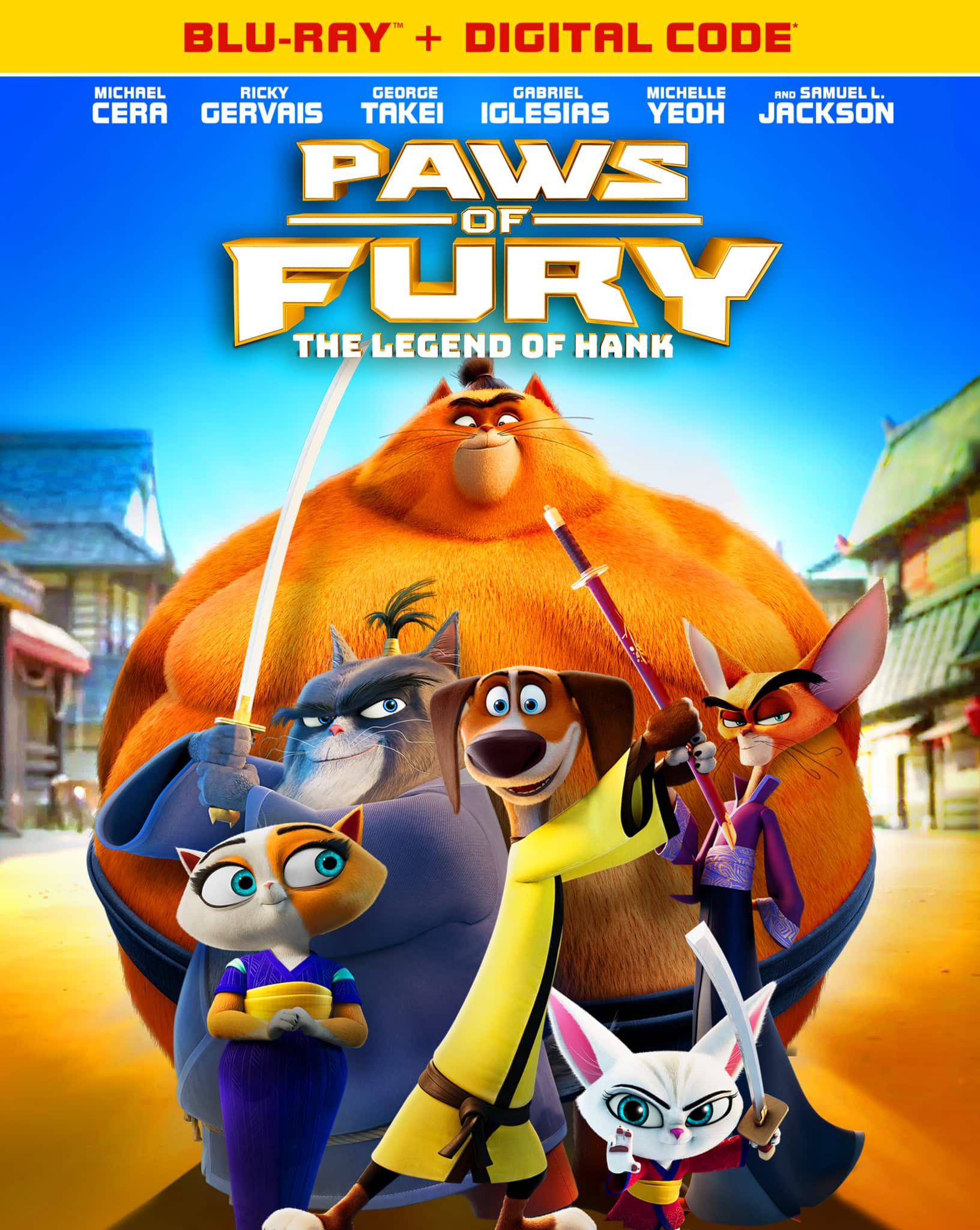 Available on Digital and Blu-ray formats.

PAWS OF FURY: The Legend of Hank DVD Bonus Features:

One lucky winner will receive a digital code for Paws of Fury: The Legend of Hank. Winner will be contacted via email and have 24 hours to respond before another is chosen.