Now available on Digital HD as well as Paramount+ and coming to Blu-ray, 4K, and DVD August 9 is the funny, action-packed adventure Sonic the Hedgehog 2. This is a must have for any Sonic fan, just check out these Sonic The Hedgehog 2 bonus features including a brand new short!

Sonic 2, set sometime after the events of the first movie, finds Sonic (Ben Schwartz) living happily ever after in Green Hills with his new family, Tom aka Donut Lord (James Marsden) and Maddie (Tika Sumpter). Sure he sneaks off sometimes to help fight crime as Blue Justice (trademark pending) but that's what he feels Longclaw wanted him to do. When Tom and Maddie head to Hawaii for Rachel's (Natasha Rothwell) wedding, they leave Sonic at home where he promises to behave. He basically lives out his Home Alone fantasy until his fun is interrupted by the not-so-shocking return of Dr. “Eggman” Robotnik (Jim Carrey) and his new ally, Knuckles the Echidna (Idris Elba). Both are after the Master Emerald, a powerful artifact that can destroy worlds if in the wrong hands. Sonic, along with his new friend Tails (Colleen O'Shaughnessey), must find the Emerald before his enemies and save the world.

Sonic the Hedgehog 2 takes the funny, heartwarming, and action-packed moments from  the first movie and levels them up into something that is entertaining from start to finish. Jim Carrey once again steals the show as the evil and deranged Robotnik. But he has some competition from Elba when Knuckles appears, another one to add to this franchise's perfect casting list. Once again director Jeff Fowler has delivered a film that both fans of the games and non-gamers alike will equally enjoy. 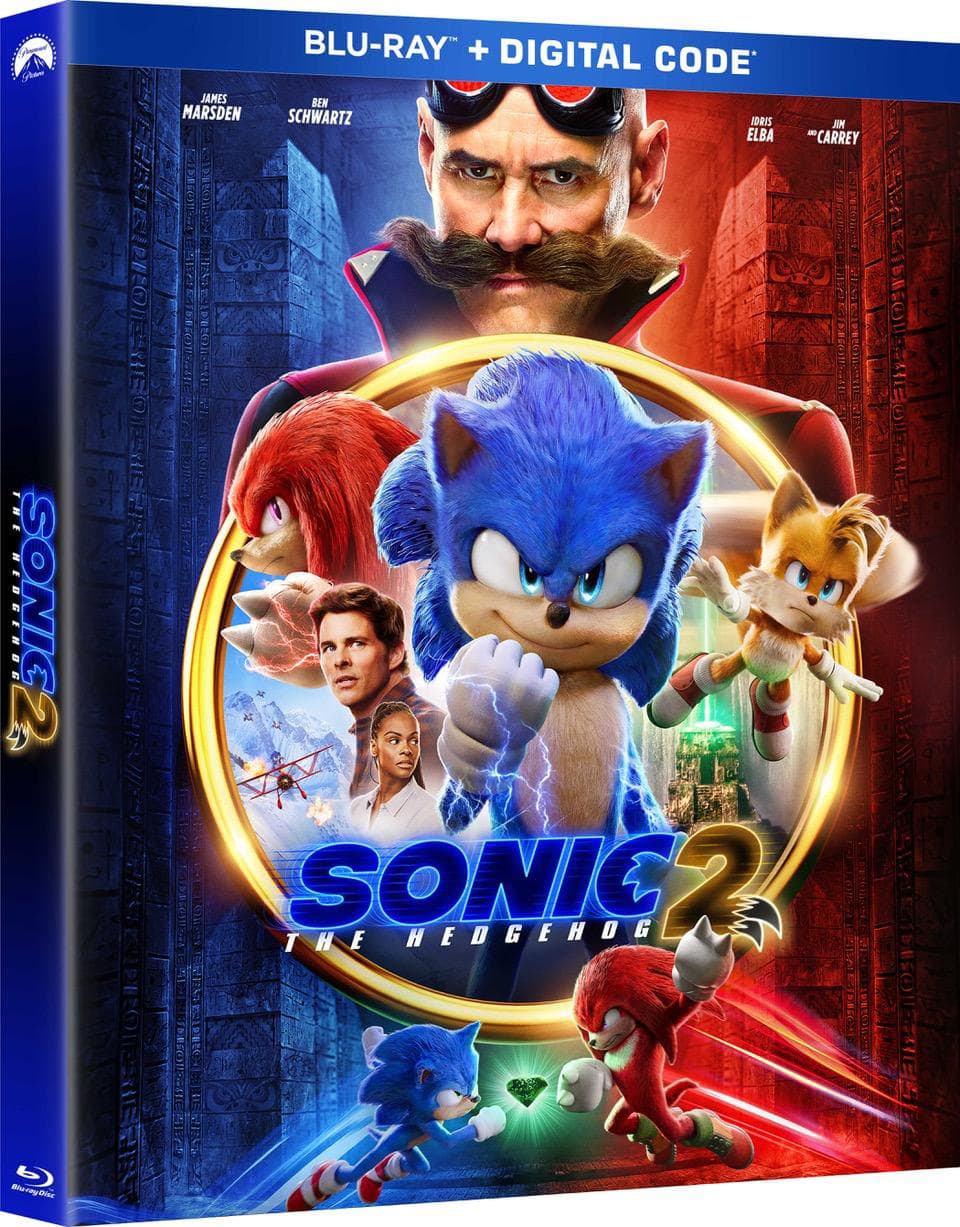 Previous Post: « Luck Movie Review: A Colorful Take On What Being Lucky Truly Means
Next Post: I Am Groot Review: Chaotic Fun With The Youngest Guardian of the Galaxy »