The Goldbergs are back with season 10 and a new addition is set to make his or her way into the family. I had the chance to sit down and talk to Wendi McLendon-Covey and Hayley Orrantia about Erica's pregnancy and what that means for the Goldbergs. 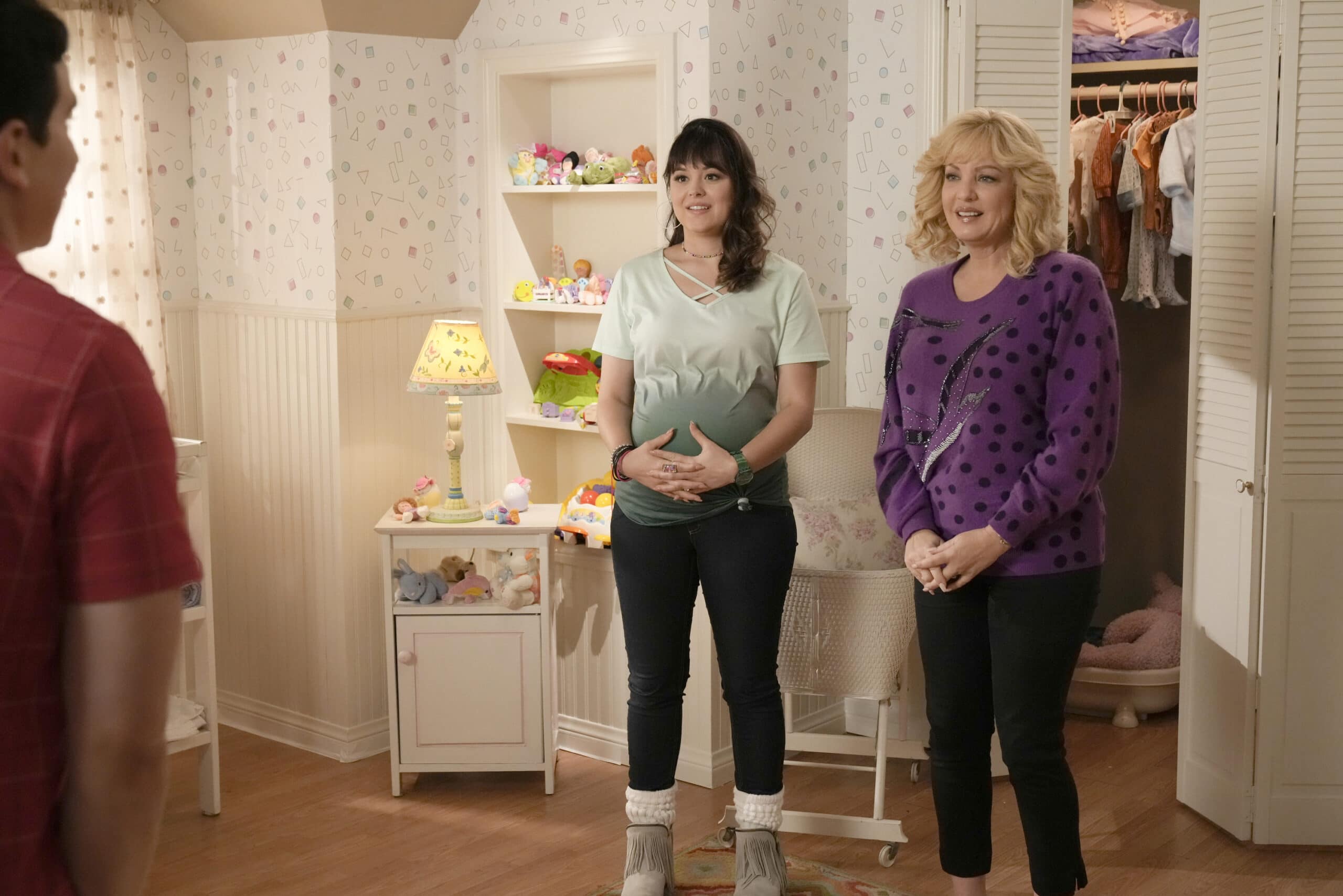 Debuting tonight on ABC, episode 5, “Uncle-ing” sees Erica (Hayley Orrantia) getting fed up with being pregnant and all of Beverly's (Wendi McLendon-Covey) mothering. She wants to get away from everyone and enjoy a baby moon. Meanwhile her brothers, Adam and Barry, decide it's time to figure out how to be uncles. Having no idea what that means, they seek our advice about uncle-ing from some unexpected sources.

Erica having a baby is set to change a lot of things in the Goldbergs world. In a season of changes that included the death of Murray, this is something that will bring them joy. But that also means dynamics might change and Beverly and Erica need to find their way on this new path of life. But since this episode is all about learning to “uncle” and we all have crazy family stories, I had to ask Wendi and Hayley about their own uncle experiences.

Wendi shared what it was like growing up with her uncles and aunts. “I had some crazy Aunts and Uncles, who used to throw us in the air and do dangerous things with us as infants. Always [saying] ‘oh your mom doesn't want you to do that, well I'll help you do it.' They were my favorites and that's how it should be. Your parents should always say no and your aunts and uncles should always get you into trouble,” she laughs. “Or at least show you how to hide your troublesome things.”

Hayley may not have had any crazy uncle stories but she did have some very fun Aunts. “I don't remember any dangerous things that they would get me into. But, have you seen the Divine Secrets of the Ya-Ya Sisterhood? That's probably as close as it gets to that southern witchy dynamic. All I remember growing up is I had a couple of Aunts that would throw what we called diva parties. Which is probably why I'm such a diva now,” she joked. “We would put on shows on the fireplace and we would have flashlights as spotlights.”

Family members aside, having a baby is a pretty big deal for Erica and Beverly. Hayley has some thoughts on what kind of mother she thinks Erica will be. “I think that Erica's natural tendency is to be selfish. So I think you're going to see her going through a phase realizing that a lot of attention is going to be on the baby. But I think that growing up with Beverly as a mom, I have a feeling we are going to see smothering tendencies.” Wendi believes Erica will end up like Beverly. “I think she's going to be exactly like her mother while denying that she is exactly like her mother. [All] while telling her mother she is totally wrong.” Hayley chuckles because she agrees with Wendi.

What about Beverly? How is she going to adapt and change now that there is a grand baby in the picture? “Well, you can expect a spoiled grandchild. Beverly is now a widow so she is trying to find her place in the world again without a husband. What is she going to do? She's babysitting all the time. Is she going to drag the baby off on some of her adventures? Yes! Because that's just good grandmothering and she wants to show off the baby.”