Imagine a world  of possibilities. A world where nothing is impossible, dreamers and thinkers combine their talents to make an amazing place you and I can not fathom. Wanna go? 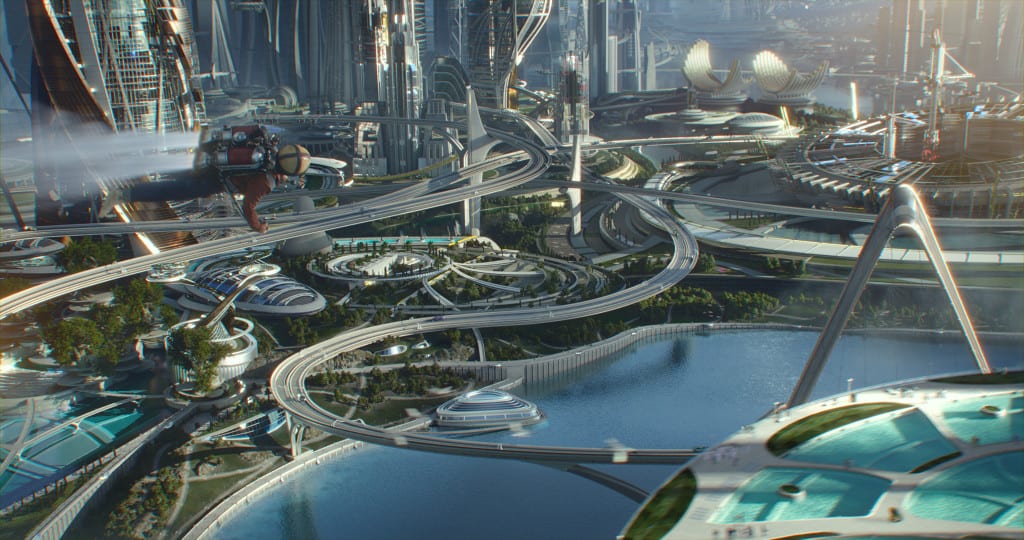 Tomorrowland is that place. Once a beautiful idilic world, it now needs the help of Casey, an optimistic, curious, science loving teen and the somewhat grumpy, former boy-genius Frank. Bound together by a shared destiny they could not foresee, they embark on a daring mission to unearth the secrets of this “Tomorrowland.” And they find that what they must do there will change the world -and- them forever. 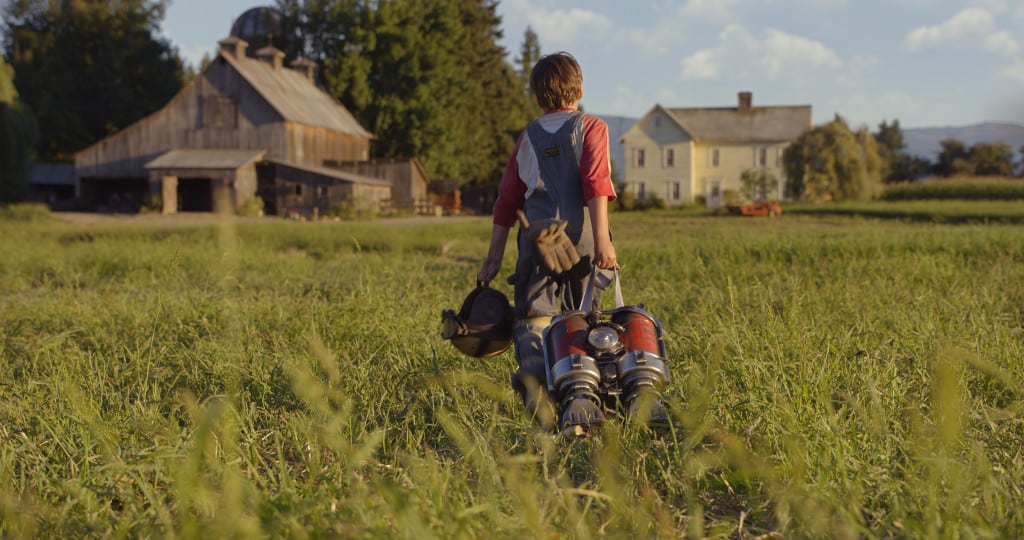 As a young boy, Frank was determined not to give up on his dreams. When his jet pack invention is deemed too “fun” and not useful in making the world a better place he retorts that seeing someone using a jet pack would make him believe that anything was possible.

Athena believes in Frank and offers him a special pin. He could not have imagined what taking that pin would mean for him or the world as we know it. 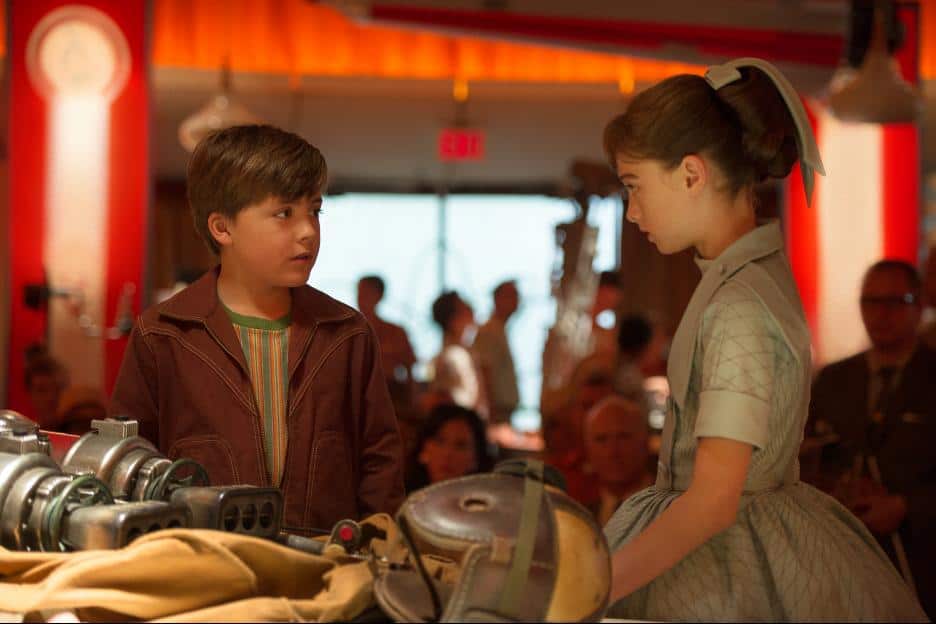 We learn Frank is back in our dimension, disillusioned and very grouchy. But it's George Clooney so you still like him, a lot… okay moving on 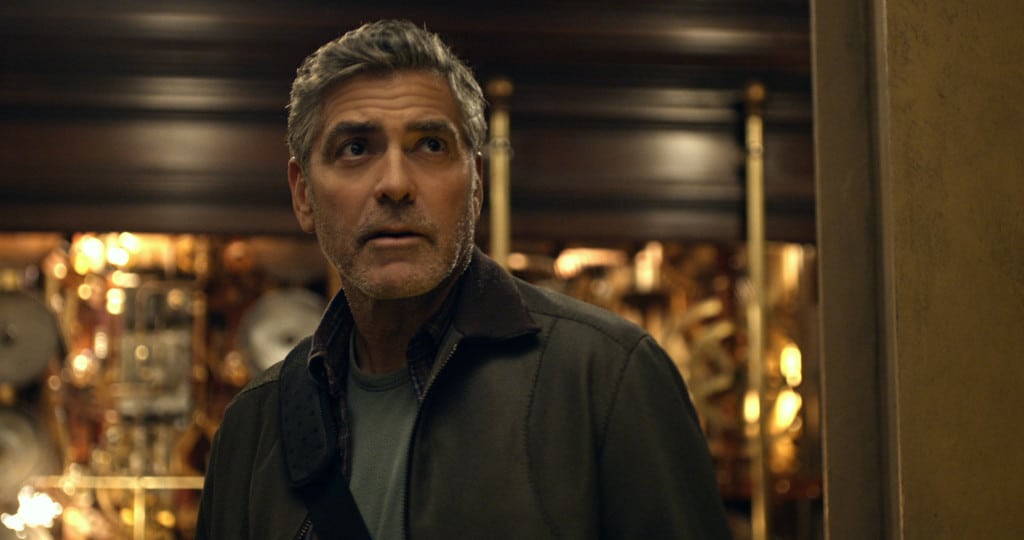 Casey is a very bright, scientific, adventurous girl who happens to be caught attempting to tamper with government property. Oops. She finds amongst her belongings at the police station a pin. Weird right? It gets better when she touches it and is transported to a whole other place in time. I'm pretty sure the other people in the police station thought she was on something! 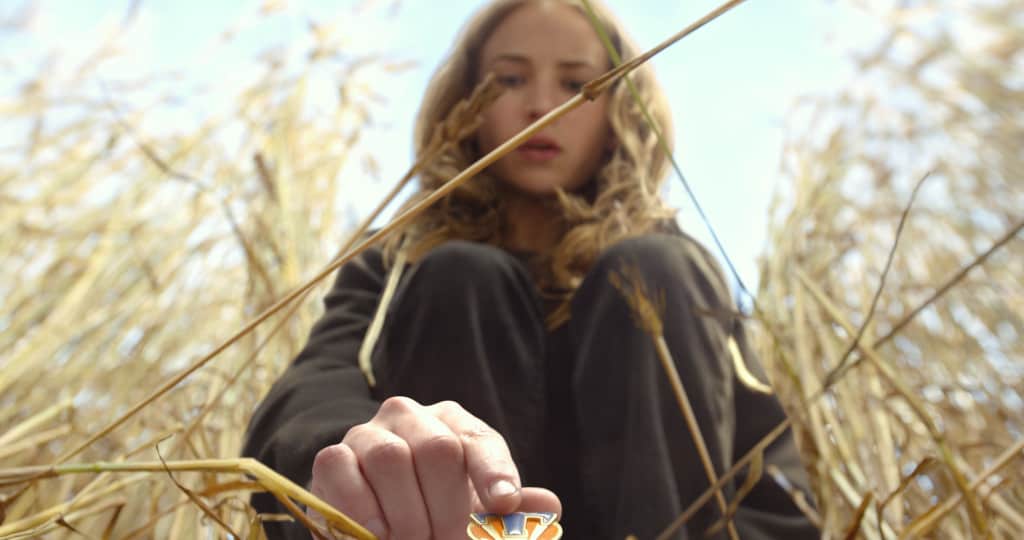 Frank and Casey eventually team up to save Tomorrowland and our world, but can they do it in time. As you see in the trailer there is an ominous countdown clock. From experience in movie watching, those are never a good thing. Even if they can save it, will Tomorrowland ever be what it was meant to be again?

I sat in awe of this film. It has action, heart, humor, not to mention really cool gadgets and gizmos aplenty. Being the big Disney fan that I am, the nods to Walt Disney's visions, Tomorrowland of the Disney Parks, and It's a Small World just made my heart happy. I think Walt would love this movie and seeing his grand ideas bursting onto the screen.

The film is perfect for the science, Tomorrowland loving members of your family. I would caution younger ones since the audio-animatronics look very life-like, they might not understand they are just robots getting beat up in battle!

Walking out of the theater I felt inspired to dream bigger and encouraged to do something to help better the world.

Tomorrowland is in Theaters Today!

Free printables for the dreamer in your family 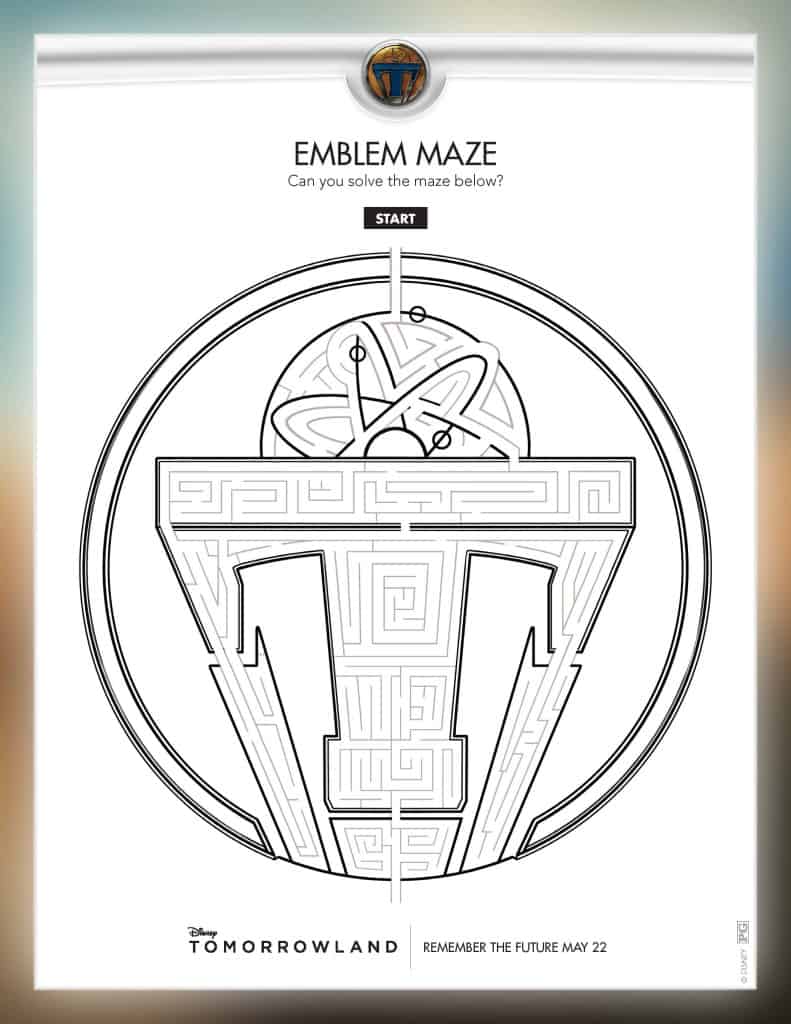 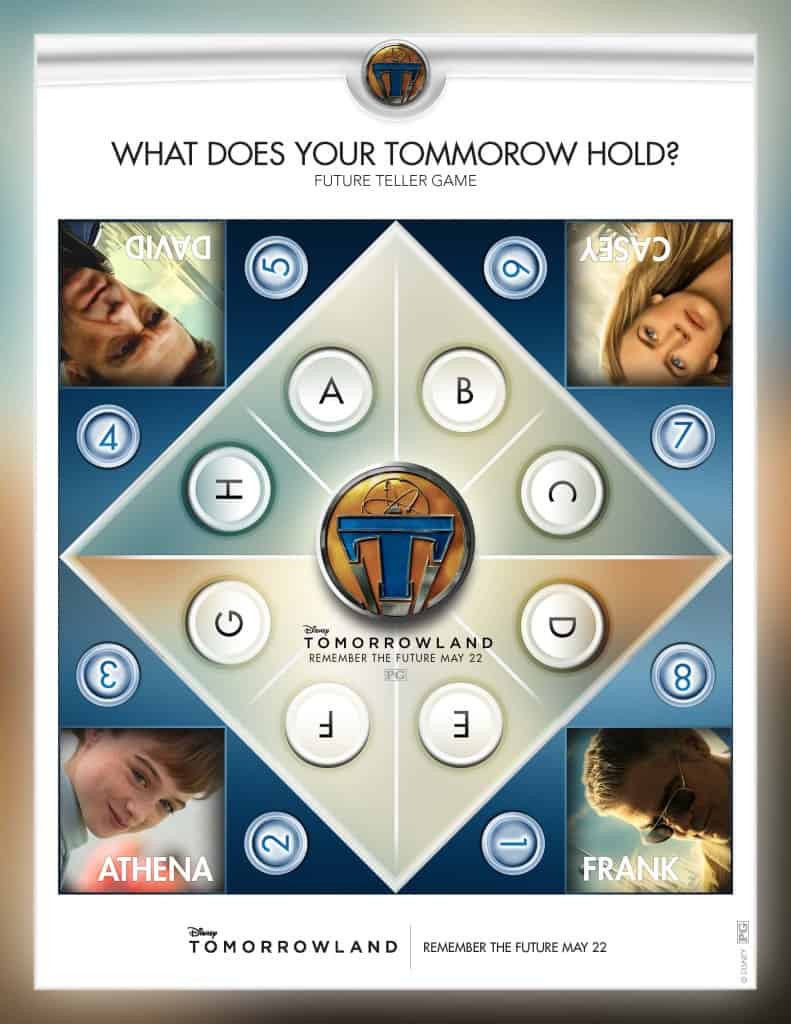 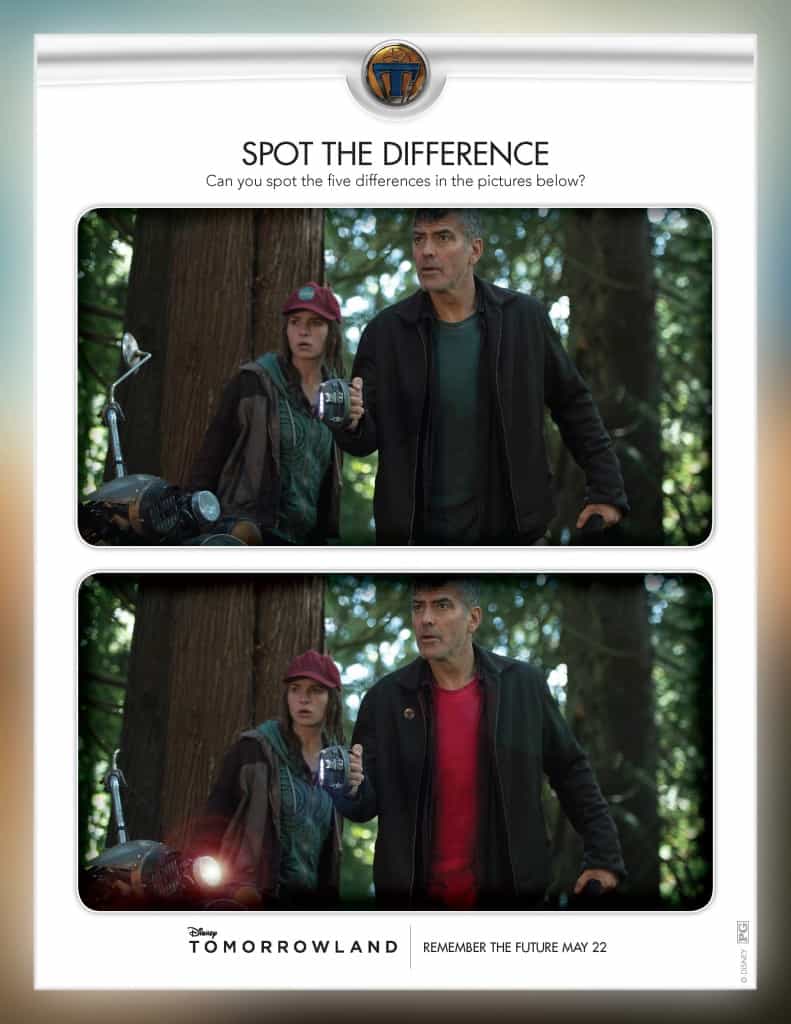 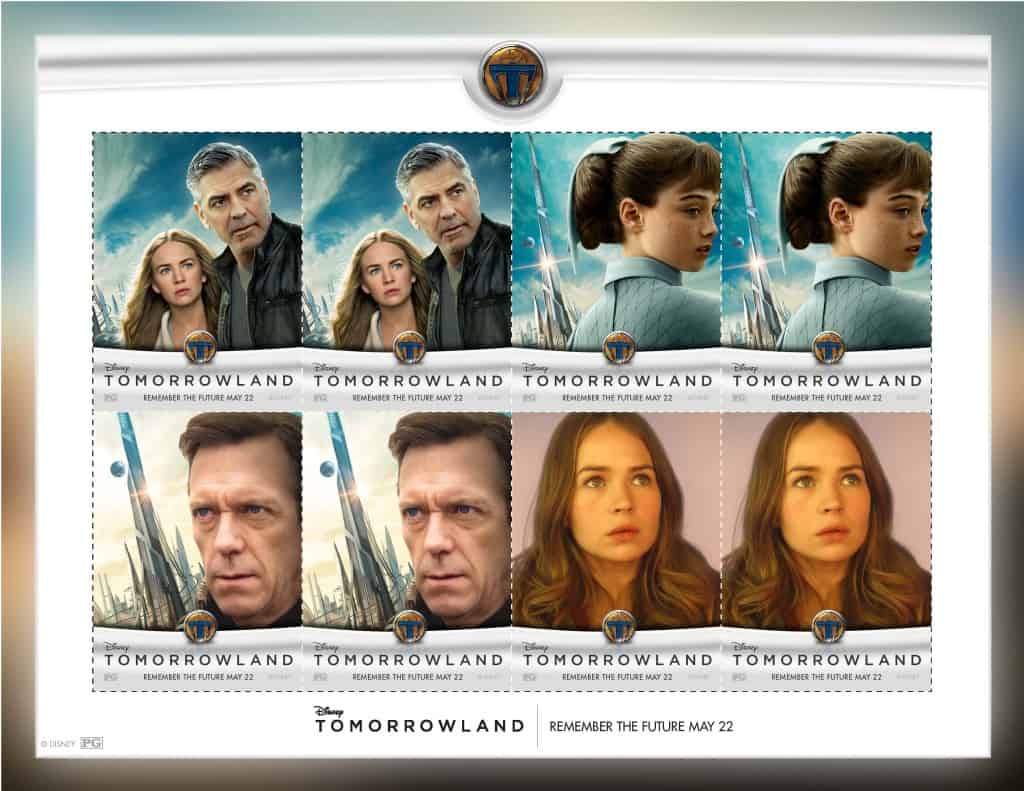 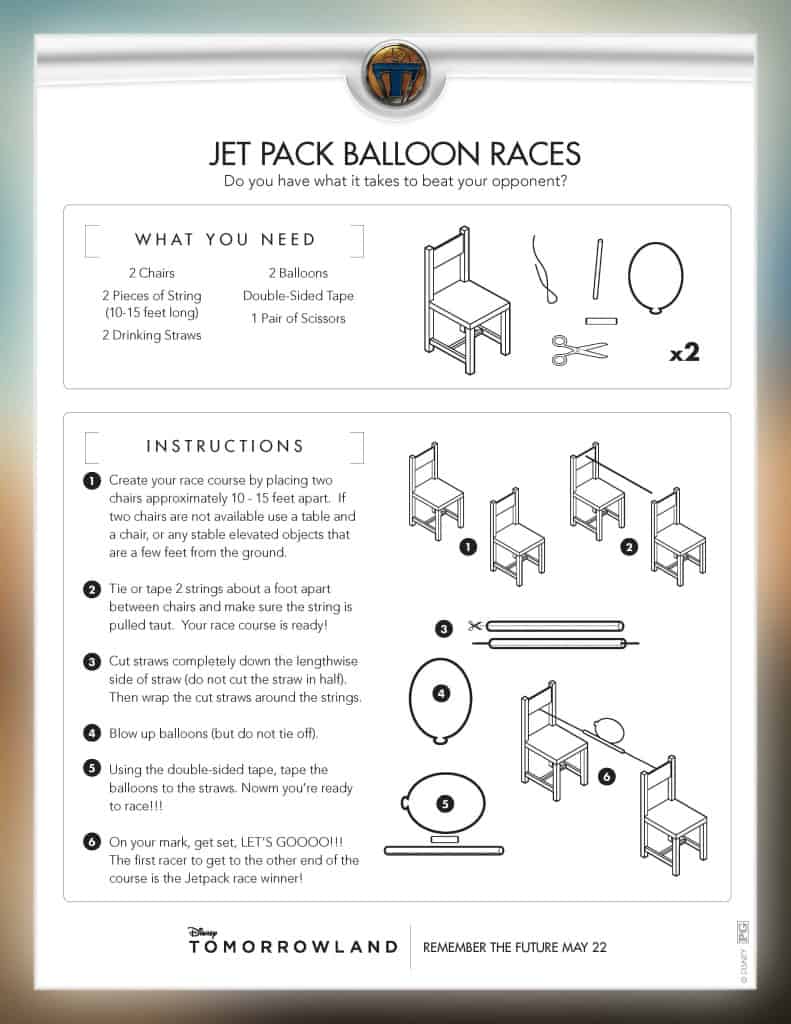 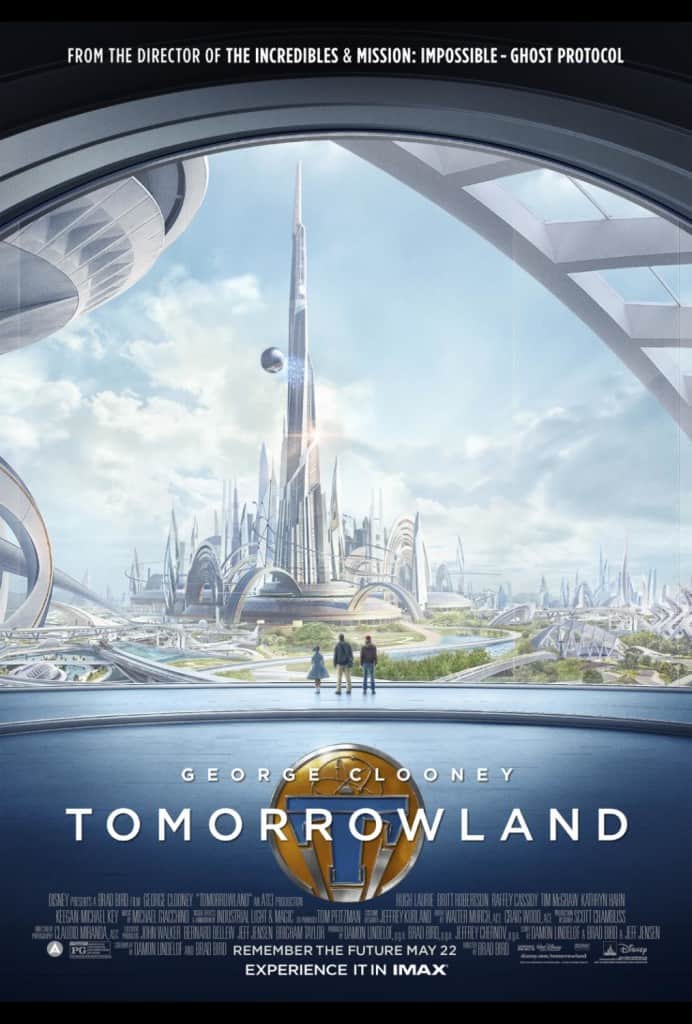 In Disney’s riveting mystery adventure “Tomorrowland,” a jaded scientist and an optimistic teen embark on a danger-filled mission to unearth the secrets of an enigmatic place somewhere in time and space.