Disney Infinity 3.0 Toy Box Takeover bring a whole new adventure into your Toy Box. Watch out because the Villains are unleashed! Syndrome is back and ready to take his revenge on all the would be heroes in Disney Infinity. I had to laugh when he mentioned the fact he is the only villain and then there are the “gray area” ones like Maleficent and Wreck-it-Ralph. 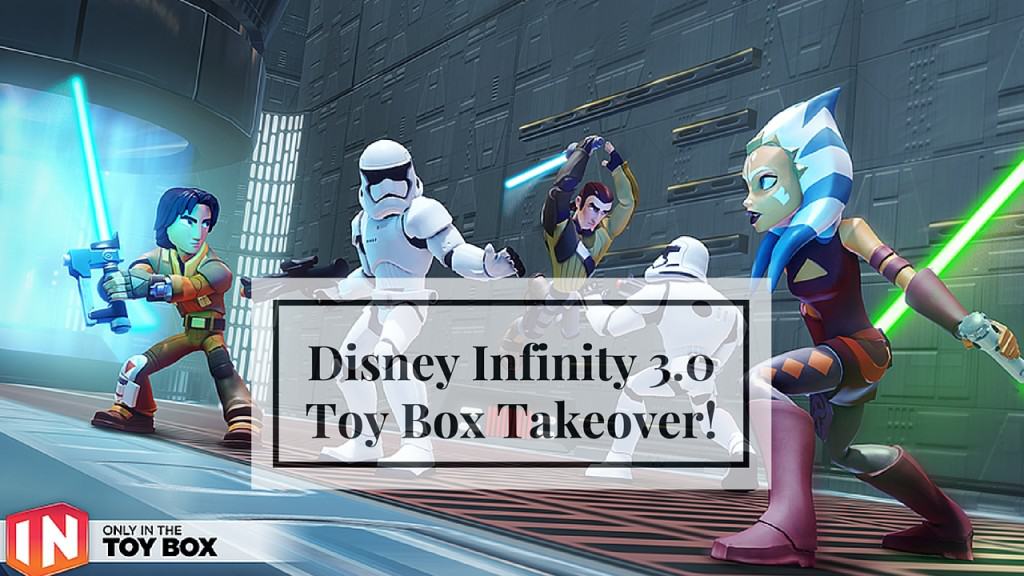 We also learn that he made that Swirly Guy (see my info about this one in the Toy Box). Yes the Swirly Guy still can't be defeated but I found some tricks. One if you place a character on your Disney Infinity base that you don't mind getting defeating Swirly goes away after your character is defeated. Or if you're like me and refuse to let Swirly get the better of you, avoid it as much as possible and get to the end boss. Then it goes away. Also, it will take out all the bad guys in the area so just keep using Force Jump if you are a Jedi and you'll be fine. It's a lot like leap frog.

This expansion pack is a lot of fun to play. In the Toy Box Takeover all your favorite characters can work together to defeat a plethora of baddies in a variety of lands. I had Ahsoka battling Davy Jones in the Pirates area. Lets just say those pirates couldn't handle the lightsaber action!

Collect coins and other items for your sidekicks throughout the boards. They aren't always obvious to spot, so take your time and look around. Collecting all three star coins will unlock a new toy for your Toy Box. Once you have defeated the Boss Baddie, you can go back to explore the board and pick up anything you might have missed. 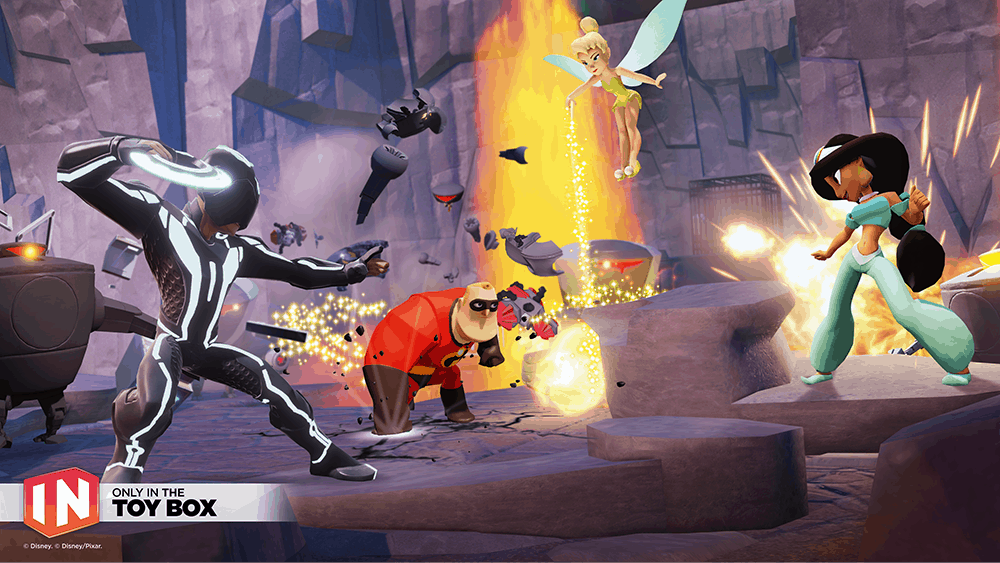 Drones, Frost Giants, the Kraken, Stormtroopers, and more await our heroes inside the Takeover! 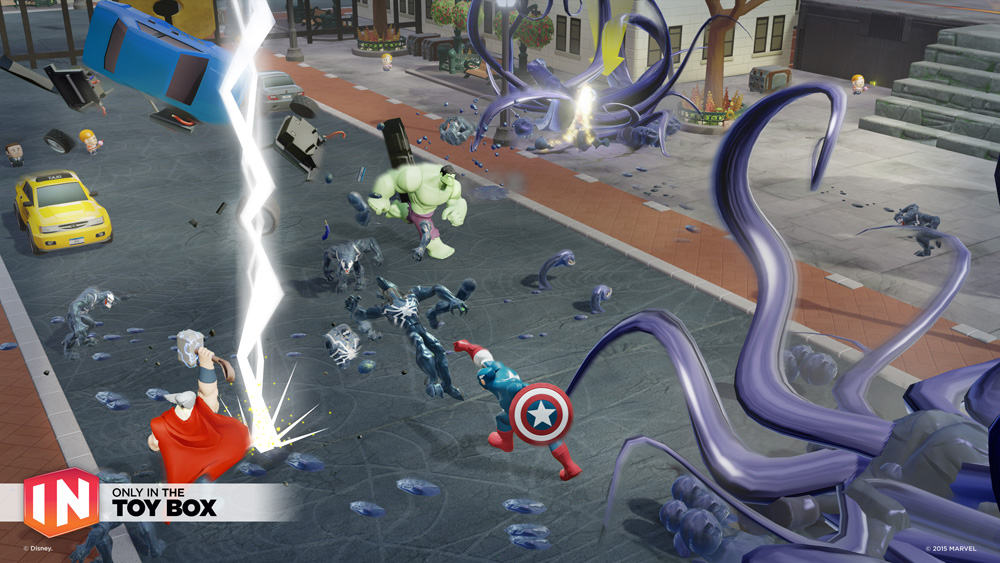 Before heading into the Toy Box Takeover take some time to run through the Sidekick Tutorials available in the Toy Box Hub. You will definitely need these little heroes to help you out a long the way!

This is the opening storyline and the first board inside the Toy Box Takeover. As you will see I missed 2 of the coins. Being the gaming completionist that I am I had to go back and find the other two!

Thank you to Disney Infinity for sending over the Toy Box Takeover. All opinions are my own.