Unless you have been living in a cave on Hoth, you know that Solo is coming to theaters May 25th 2018. Well this Star Wars fan was lucky enough to screen Solo yesterday and woah. That's right, I'll say it: I had a blast watching Solo. Read on for my Solo a Star Wars Story review. First off, I think we should talk about the giant Bantha in the room. 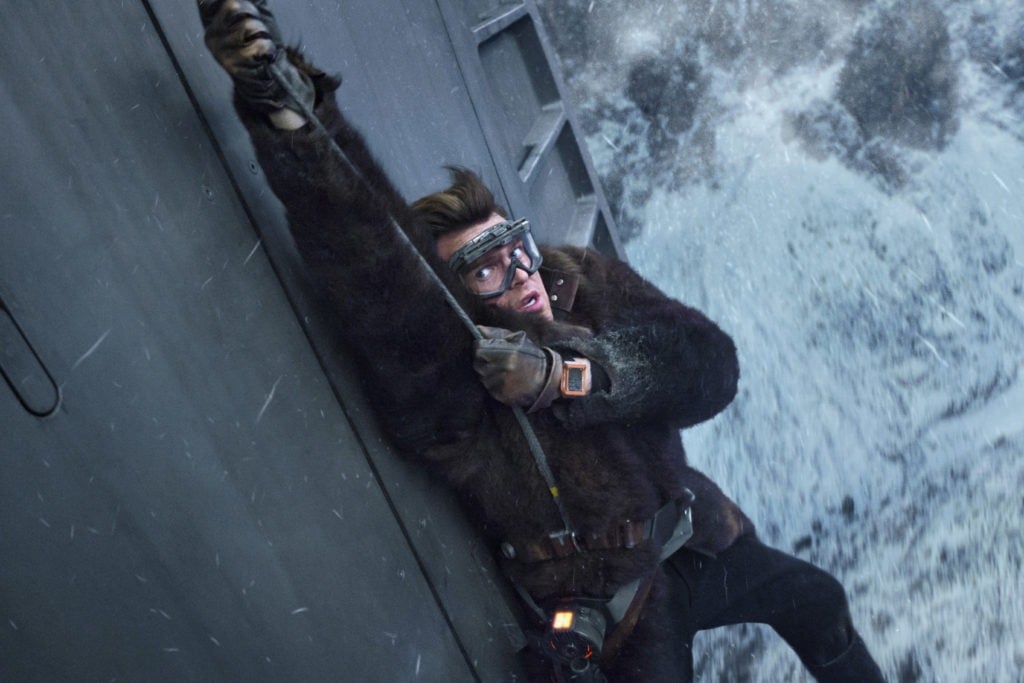 Worried about Solo? Don't Be.

I will be the first to admit I wasn't above worrying about this film. Just like you, I saw the rumors flooding Twitter and since Han is one of my favorite characters I was cautiously optimistic about this film. Once Ron Howard took the helm I breathed easier. Ron is a legend, he's got this under control. As we began to see more of the film and I pulled myself from the Infinity War rabbit hole, I thought, Solo is looking better and better.

After screening the movie I can tell you it was great. A true love letter to Star Wars fans that honestly didn't feel like your typical Star Wars movie. This film focuses on the mob, gangsters, and seedier individuals you find hanging out in the Cantina. Solo is not just great, it is heck of a lot of fun for everyone in the family. 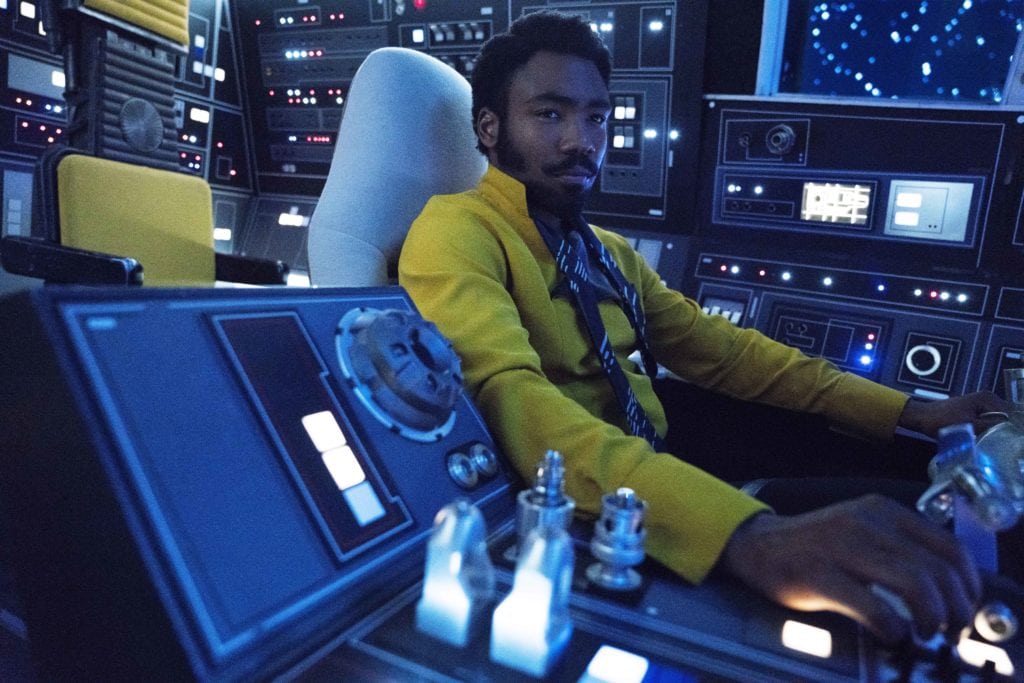 Alden Ehrenreich stepped into some big shoes and he delivered. He had the mannerisms, the swagger, everything we love about Han from the originals down. If Alden's portrayal of Han has you biting your nails, stop gnawing. I loved him as Han and that's high praise from someone who swore no one could ever pull off a performance even close to Harrison's original.

He is playing a younger Han Solo than what we are accustomed to. Going by the time period of the film and Han's age, Han was born toward the end of the Old Republic. That puts him in his late teens/early twenties in this film, whereas he is 29 in New Hope. So while New Hope Solo is an arrogant scoundrel who only does nice things when he thinks no one is watching, this Solo is unsure of himself and his place in the world. But underneath it all he maintains a good heart and some serious cunning. 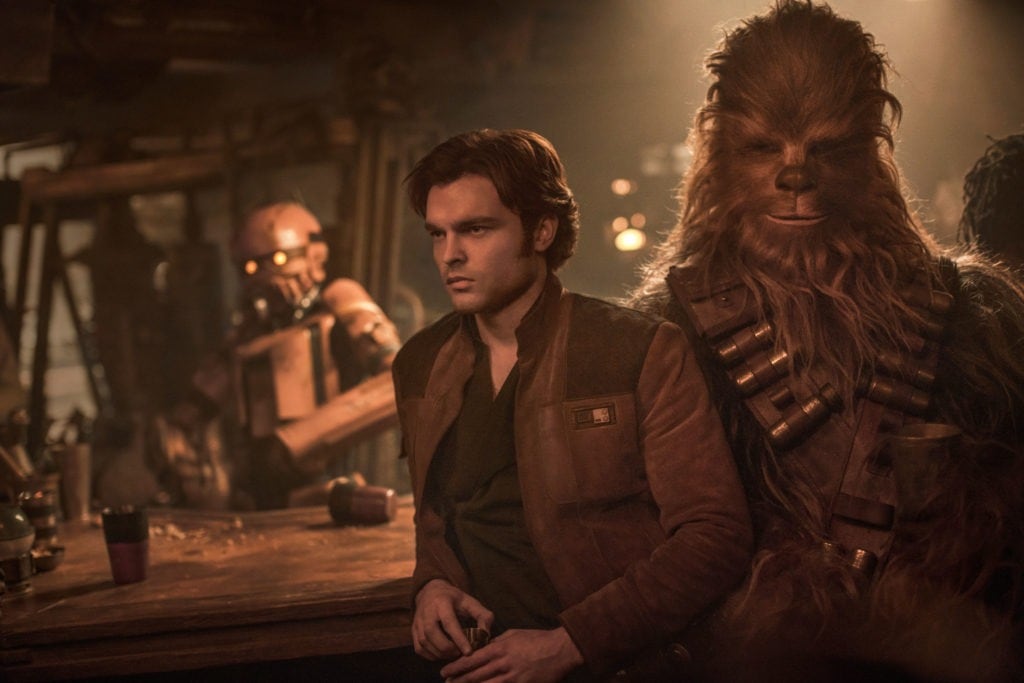 The Extended Universe (EU) back in canon

When the sale of Star Wars took place the EU was pretty much thrown out. Bits and pieces have made their way back into the canon over the years. I was curious if Solo would address any of Han's EU backstory and now we know as much as I think we will ever know, officially, about him.

In the original EU, Han was an ex-Imperial soldier who rose through the ranks thanks to his pilot skills. He then left the Empire because they are evil and Han is a good guy. That story is changed slightly to better service the film. Han wasn't always a smuggler, but he did grow up on the mean streets of Corellia learning how to take care of himself. He dreams of becoming a pilot but finds himself stuck on Mimban as a ground trooper. 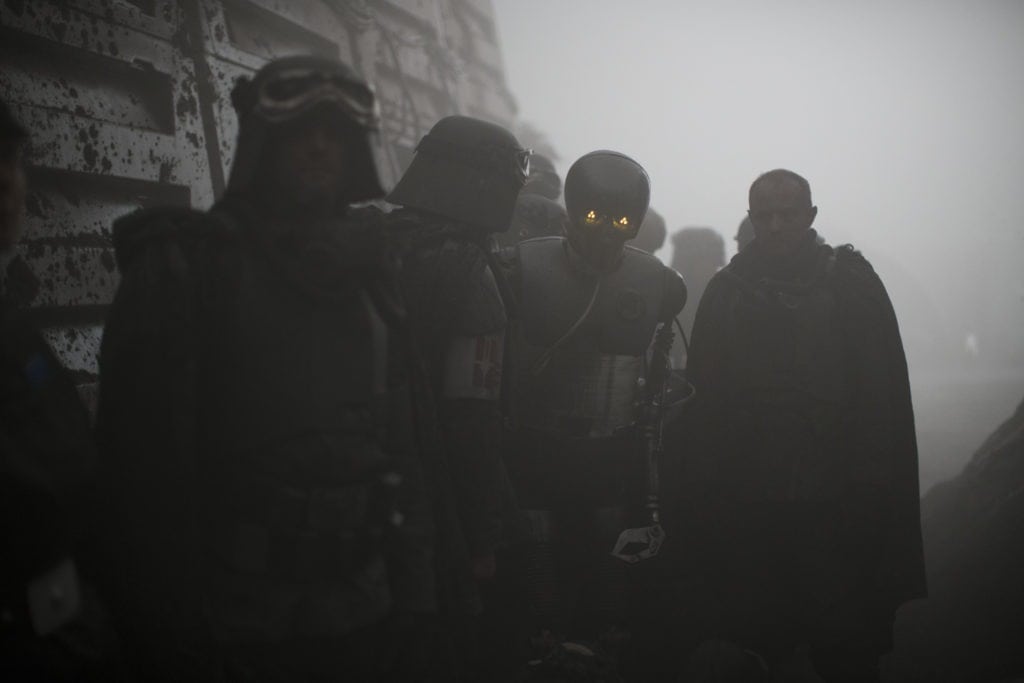 This is where he meets Tobias Beckett and his crew. Seizing the opportunity to make a better life for himself, he joins up with Beckett. After ditching the Imperial life, Han goes on to meet Chewbacca. The two form a “life-debt” bond that sees them become the best of friends for the rest of Han's life (RIP).

Also from Star Wars Legends days comes Enfys Nest on their Swoop Bikes, Tag and Bink, and Han's first love interest Qi'Ra. The interesting thing to note about her, is one it is pronounced Kira and two, that is the original name for Rey. Could she end up being tied to Rey in the future? Maybe.

Every Star Wars fan knows Han wins the Falcon from Lando Calrissian in a game of Sabacc, which Lando claims may not have been a fair game. In Solo, we finally get to see the infamous game go down and what really happens at the Sabacc table.

The other big Falcon moment we have all waited to see: The Kessel Run. No one ever wants to believe it, but Han maintained the Falcon made the Kessel Run in less than 12 parsecs. Does the run live up to the hype? I would say so. The third act of Solo is an awesome ride which naturally includes the Kessel Run and a mint condition Millennium Falcon.

Behind the Scenes “Scoundrels”

Other Things Worth Noting

Chewbacca stole every scene he was in. The Wookie sass, prowess, and loyalty make him a stand out character now as much as he has ever been.

Donald Glover as Lando. I swear if I didn't know any better and couldn't see the screen, I would have bet money that Donald was Billy Dee. The inflections in his speech, swagger, and style all screamed Billy.

The other question I was asked besides is it good, is it kid-friendly? Rogue One was a deep, emotional ride and one that I have yet to let my kids see. Solo on the other hand is perfect for the family. It has some parts in the beginning that might drag a bit for the younger crowd-what backstory/origin film doesn't have these moments? but a quick promise that soon Chewie will be doing what he does best and the falcon will jump into light speed should hold them over.

For a more in-depth explanation for the kids in the audience, my friend Patty has a great review: Is Solo: a Star Wars story kid friendly? 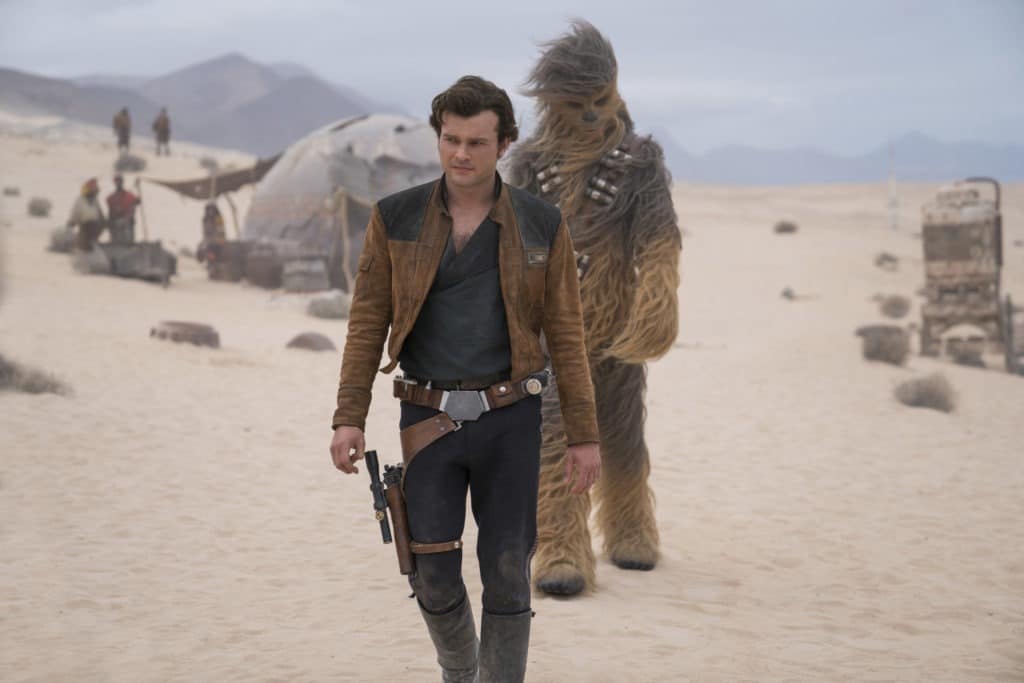 Solo: A Star Wars Story is in theaters everywhere May 25th 2018! 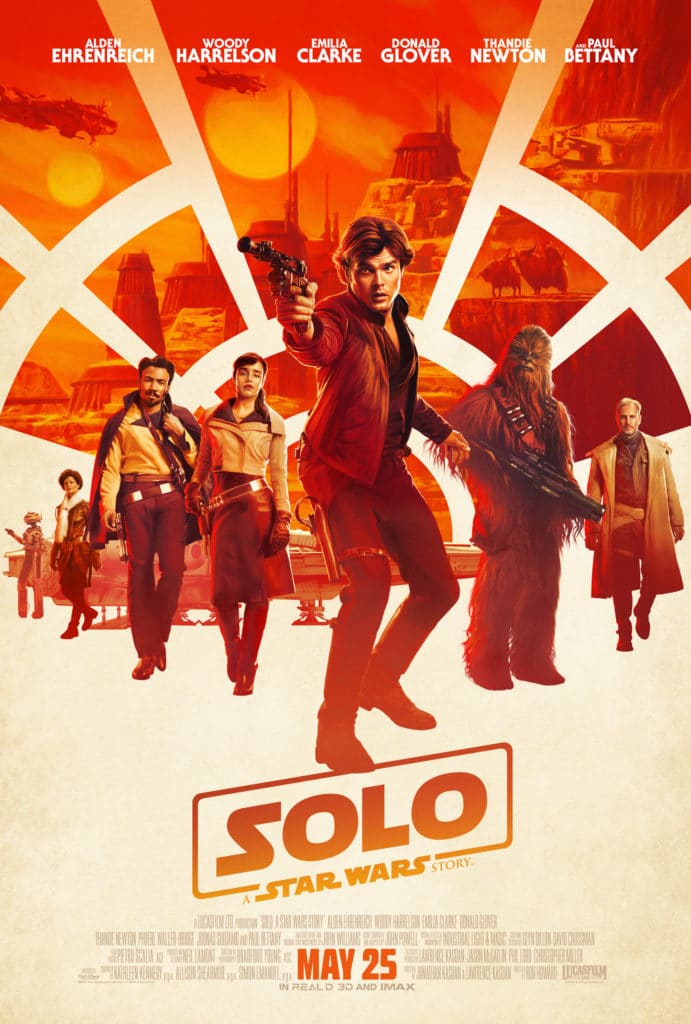