We are believing in the impossible and using our imaginations today as well celebrate Mary Poppins Returns coming home on Digital HD. 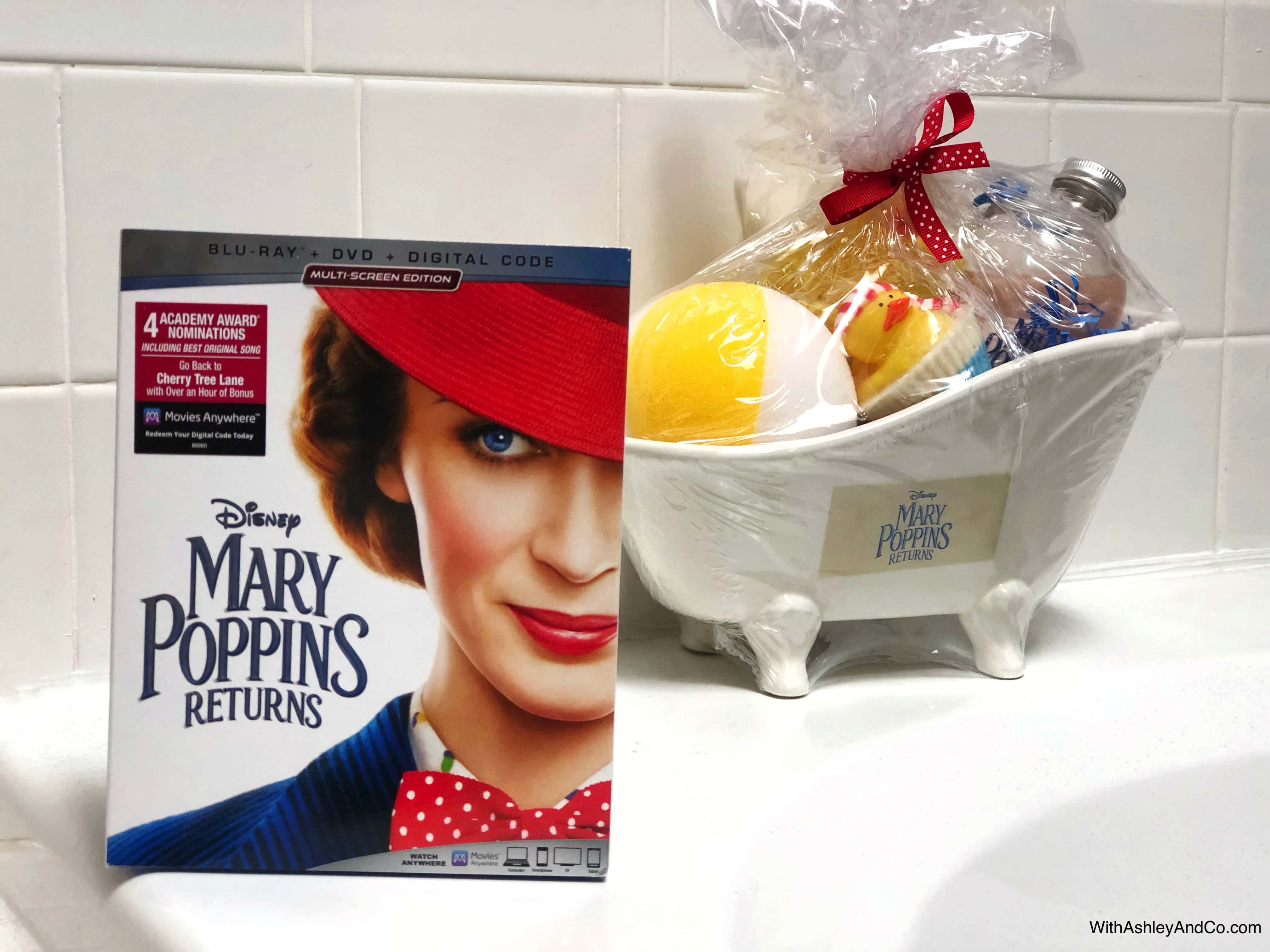 Thank you to Disney for this fantastical surprise in the mail. All opinions are my own.

One of the kids' favorite moments in the film was when the Banks' Children and Mary go for an adventure in the bathtub. They couldn't wait to recreate that moment, much to the detriment of their bathroom floor. At least we have lots of towels! 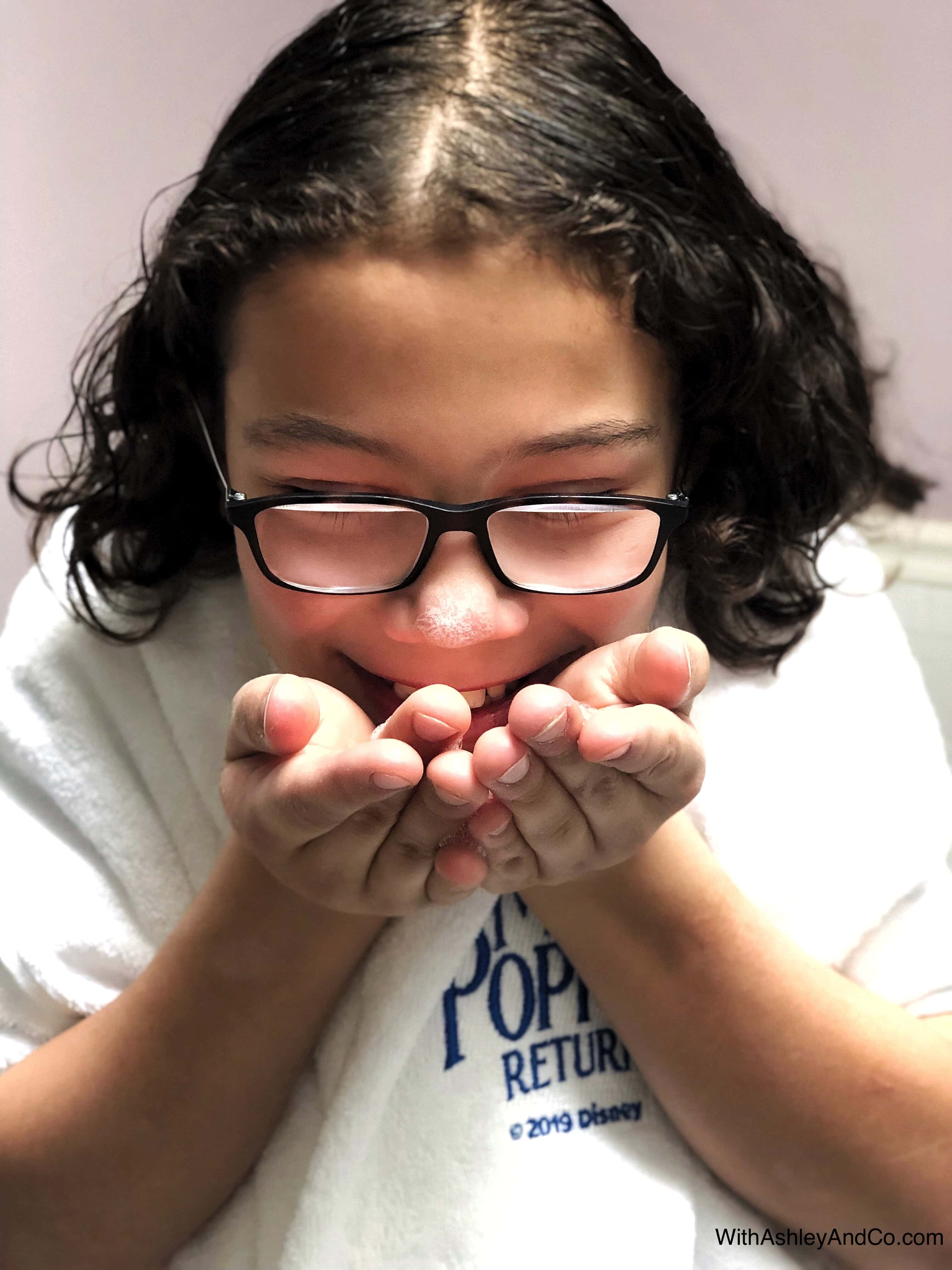 What always struck me about Mary Poppins, even as a child, was that feeling of fantasy. That anything is possible if you could believe it to be. Like the song says “Choose the secret we know before like makes us grow. There's nowhere to go but up.” Now as a mother, I try to encourage my kids to dream big and remind myself not to stop believing. I don't want to become a crotchety adult. 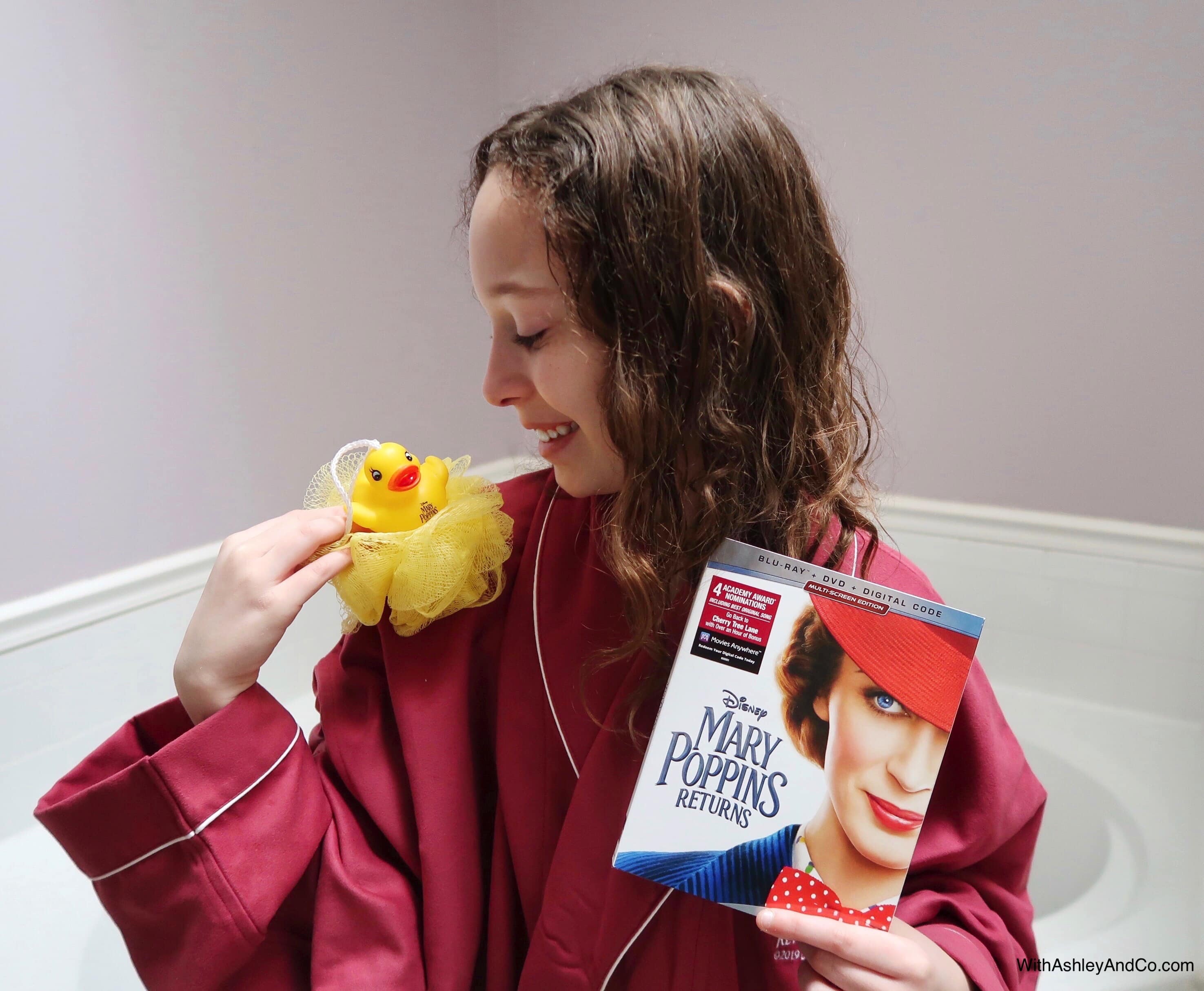 And I think it's safe to say, that these two are on the right track, with nowhere to go but up. And when bath time is over, movie night can begin! 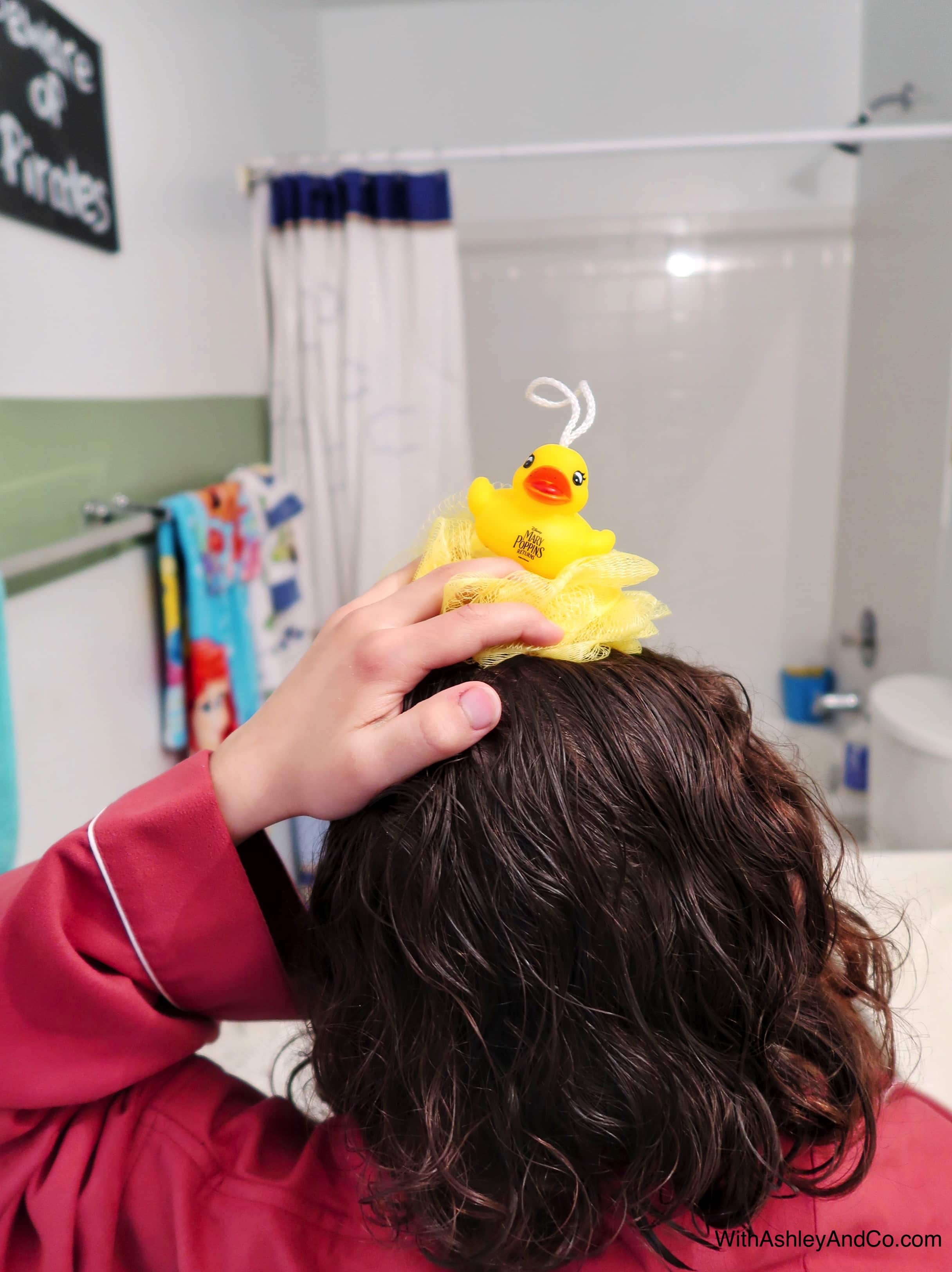 I think of all the Mary Poppins Returns bonus features, we are most excited for the sing-along and all the behind the scenes extras. I love seeing how films like this come together and hearing from the talent involved in front of and behind the camera.

Related: Mary Poppins Returns Easter Eggs You May Have Missed 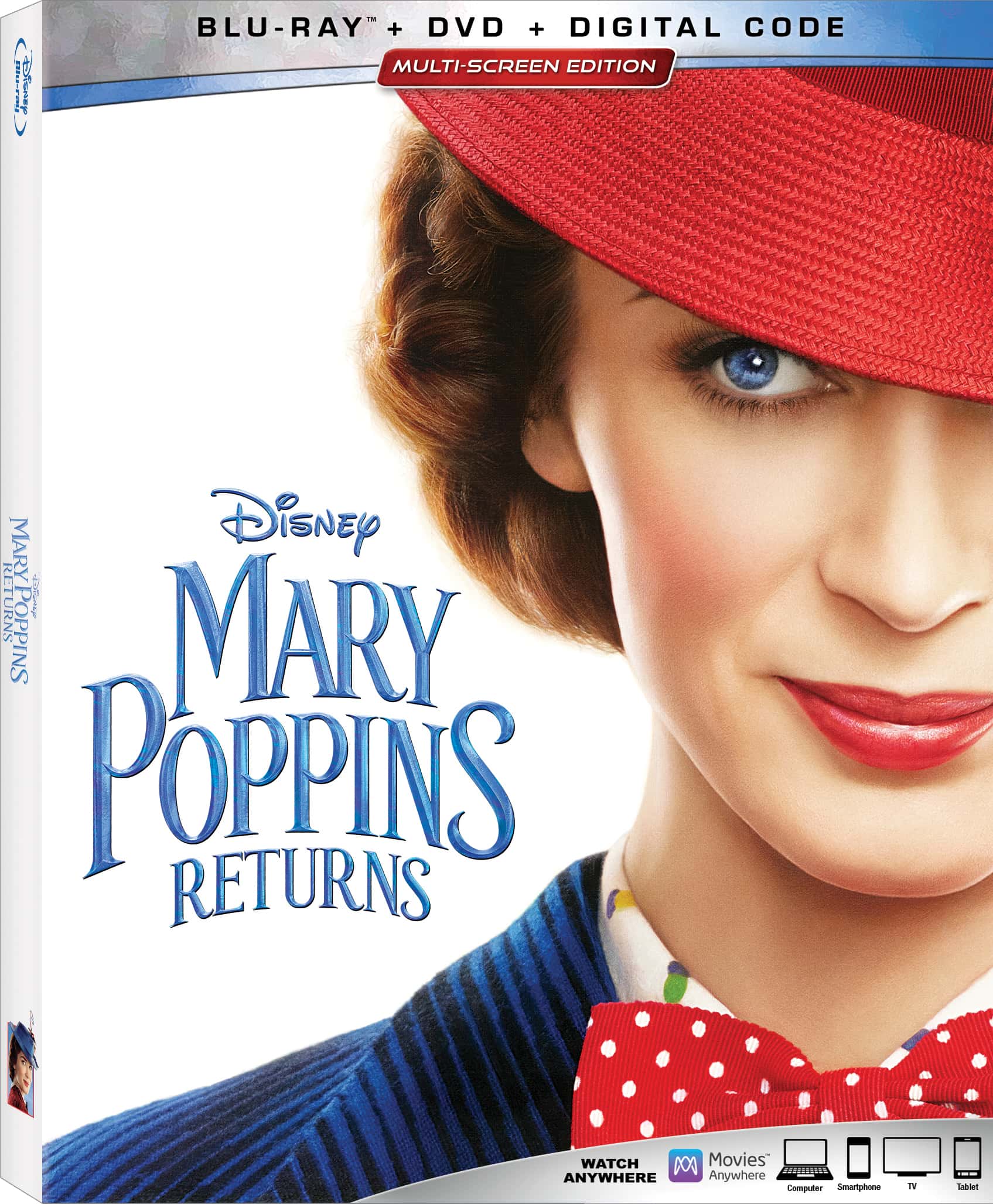 Deleted Song- “The Anthropomorphic Zoo”
In this early song sequence, Mary Poppins and the children visit a very special zoo where the humans and animals trade places.
The Practically Perfect Making of “Mary Poppins Returns”
Join filmmakers and cast on an amazing journey to embrace the legacy of the original film while making a fresh modern sequel. Seeing Things From a Different Point of View – The Musical Numbers of “Mary Poppins Returns”
Go behind the scenes and experience the film's production numbers from a new angle.
Back to Cherry Tree Lane: Dick Van Dyke Returns
Dick Van Dyke, who played Bert and Mr. Dawes Sr. in the first film, returns after 54 years to
Cherry Tree Lane as Mr. Dawes Jr.
Practically Perfect Bloopers
There's nowhere to go but up with the cast and crew in this lighthearted collection of flubs, goofs and prop fails!
Related: Practically Perfect In Every Way | Mary Poppins Returns Review
Deleted Scenes 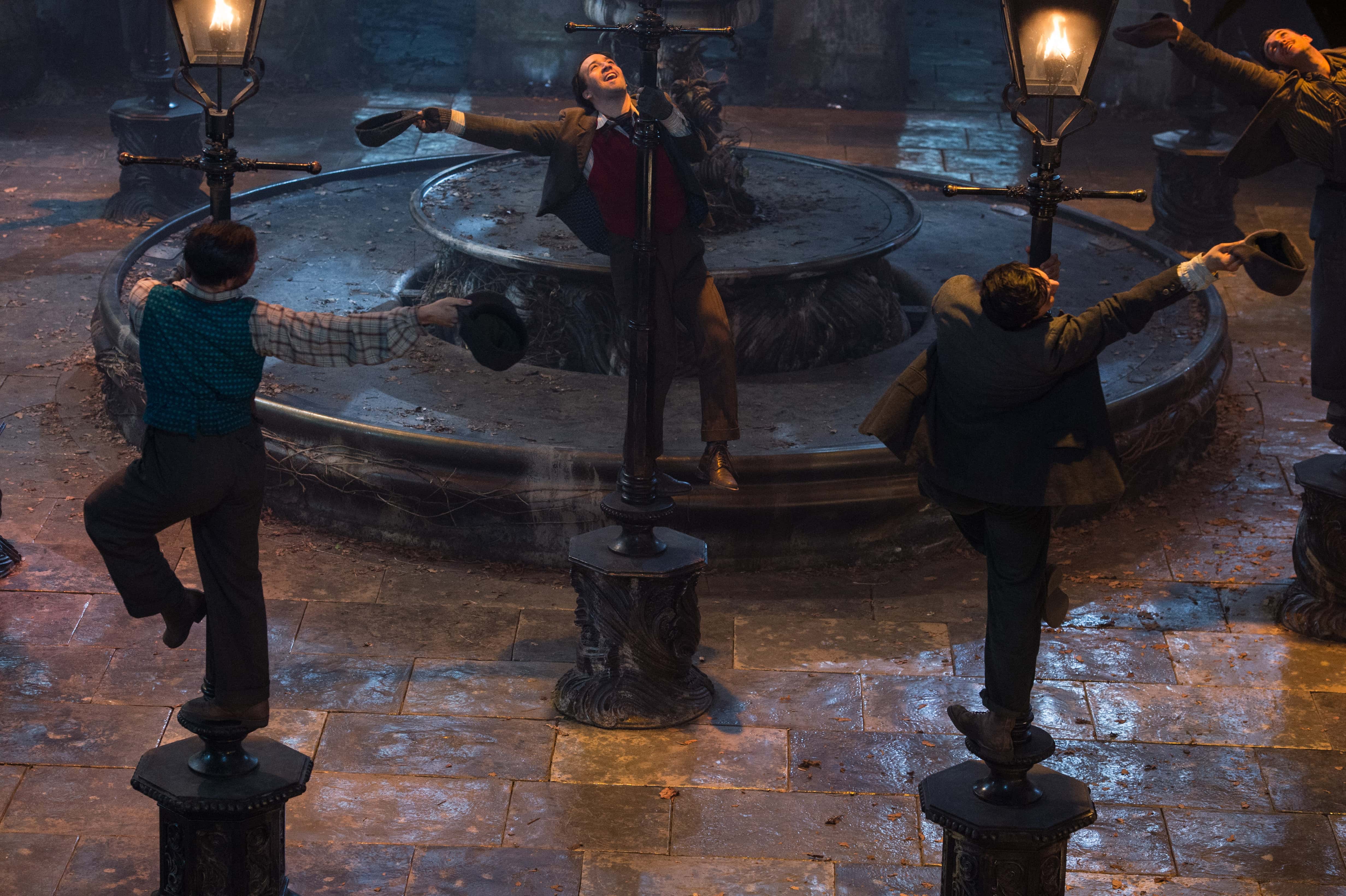 Sing along with all your favorite songs as you watch the movie. 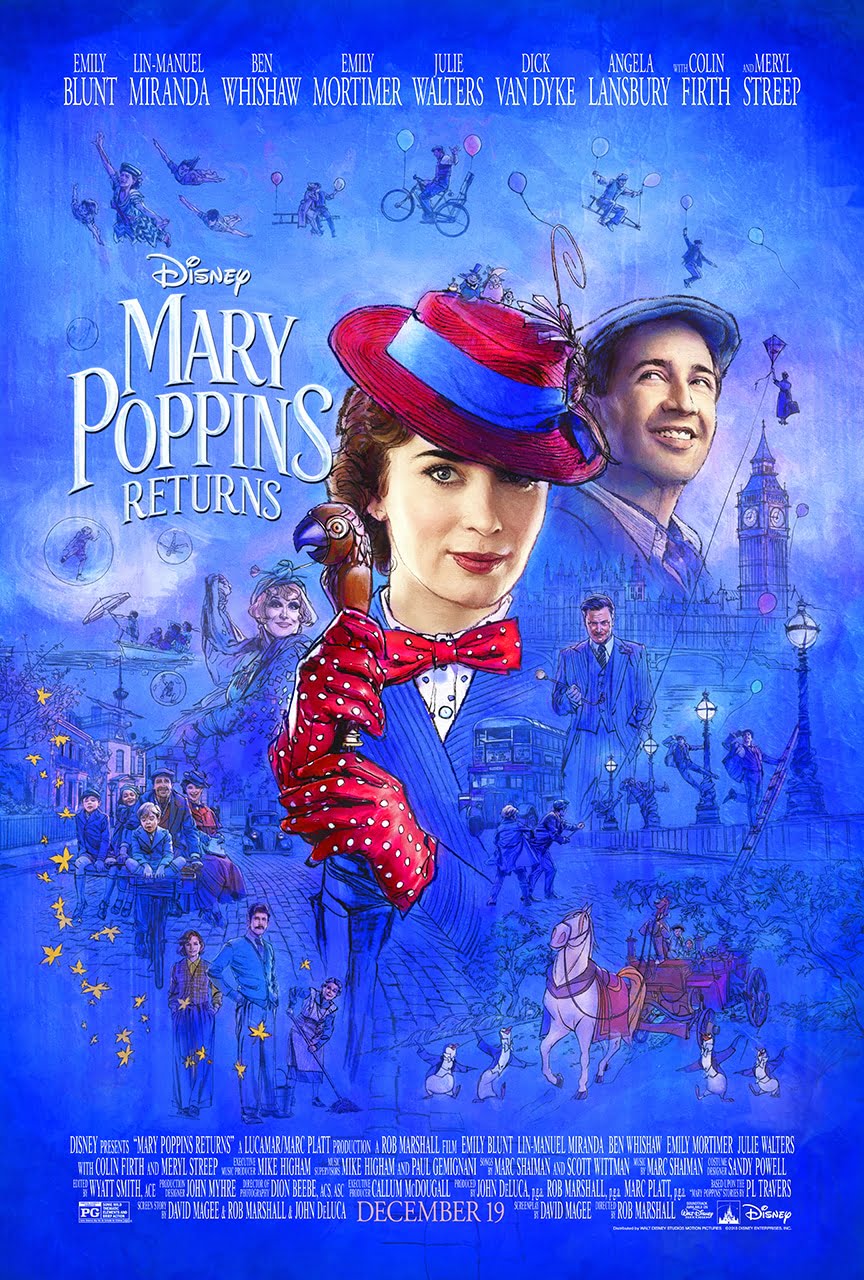 Previous Post: « All The Captain Marvel Easter Eggs & Cameos You May Have Missed
Next Post: New Aladdin Trailer and Poster Revealed »