Looking for a tasty Keto friendly chili recipe? After trying several variations this is the one we landed on and it is a crowd pleaser. No beans and made with beer, this Texas style keto chili is a winner. 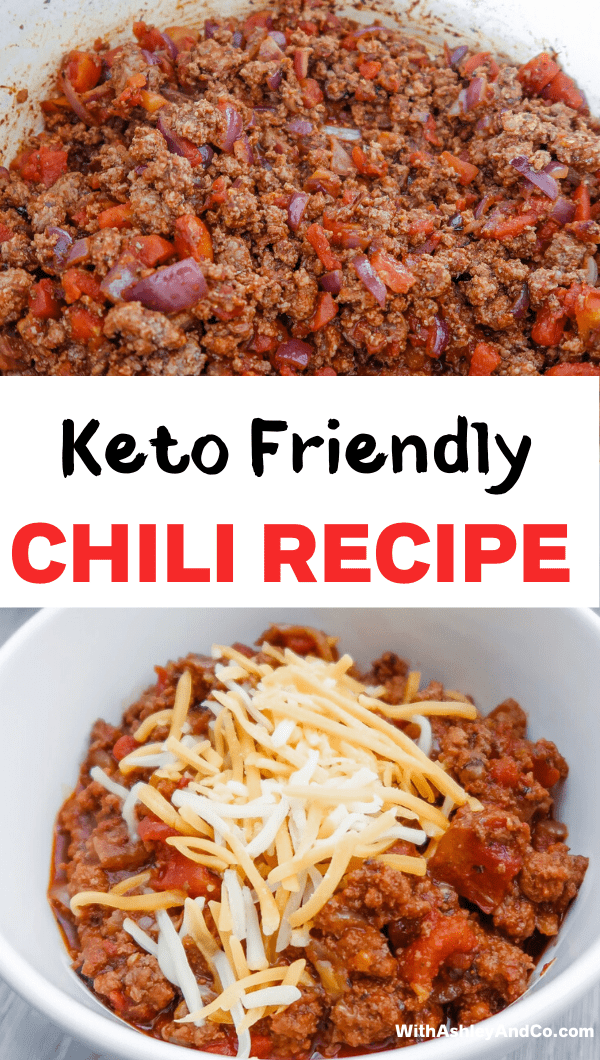 Chili is one of my favorite comfort food recipes. I grew up eating it during the winter, football games, and even at cookouts on hot dogs. Sometimes I would make it and throw it in a slow cooker, other times a giant stock pot on the stove. Either way it was coming out just the right level of spicy and delicious.

At least until we decided for a more Keto friendly diet. The first thing I did when my husband and I decided on keto was figure out which of our favorite recipes could we modify to make them low carb. Taco night was easy- cheese shells instead of flour ones check. Pasta based meals- grab those zoodles and check. Need rice? Cauliflower rice is where it is at.

Has any vegetable had a glow up quite like cauliflower? I don't think so. I use it in so many recipes but not in chili so lets get back to it.

Chili… well that was my hard one. No beans?! Less tomatoes?! But isn't that what makes chili chili? It was so I thought but I was about to learn there was a whole world of chili this girl had never seen. 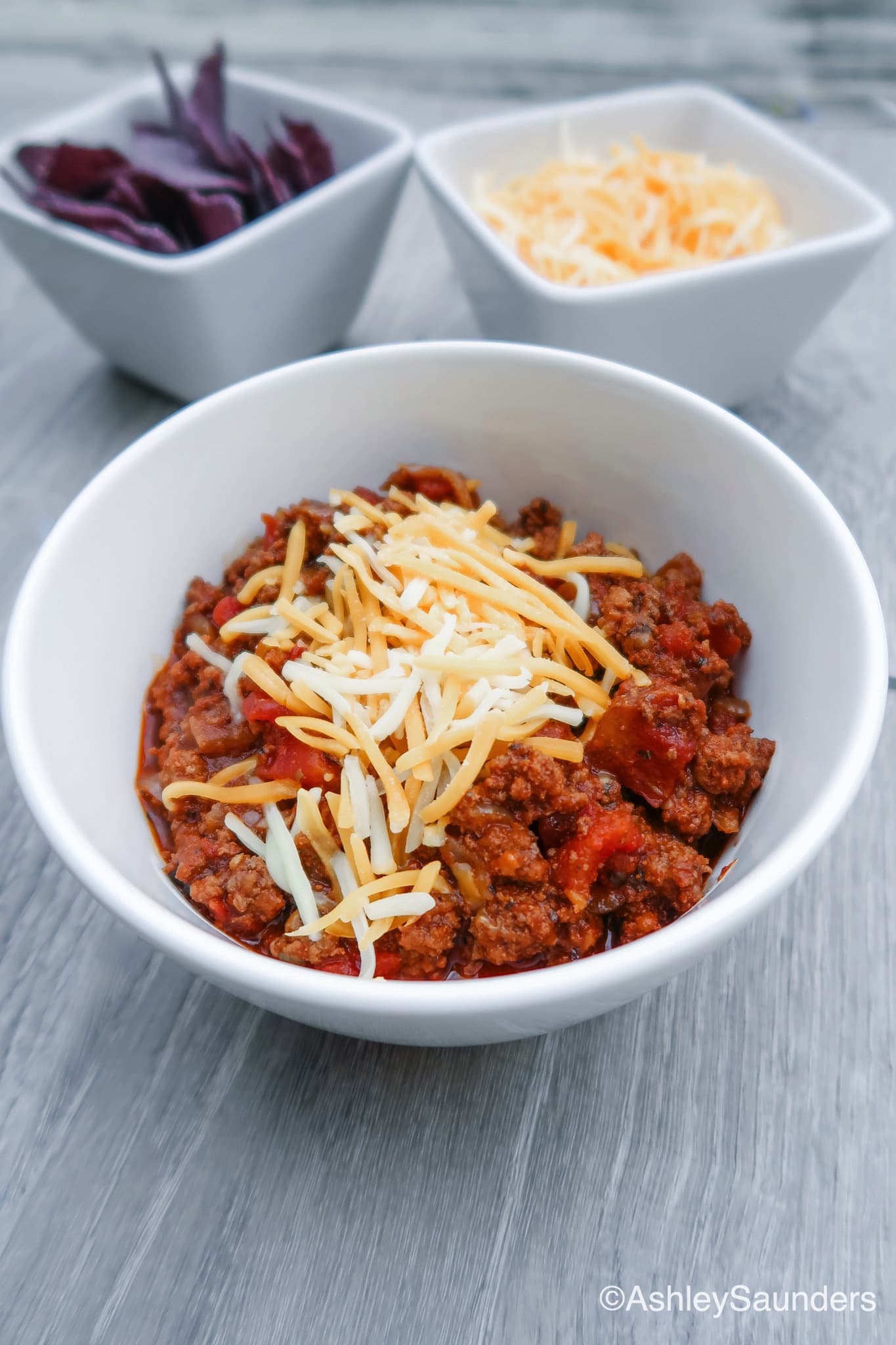 Texas style chili is unique from other chilis because it does not contain beans, tomato sauce, or any tomato product. It is more like a thick stew than a saucy chili. Our keto friendly chili is Texas inspired. It contains some tomatoes but the consistency is definitely more stew-like than soup.

Like I mentioned, I struggled with the no bean thing. I tried making several chili versions without beans but they all felt like they were missing something. This recipe is the work of 2 years of trying and failing to find something we all liked and didn't make me miss the beans! 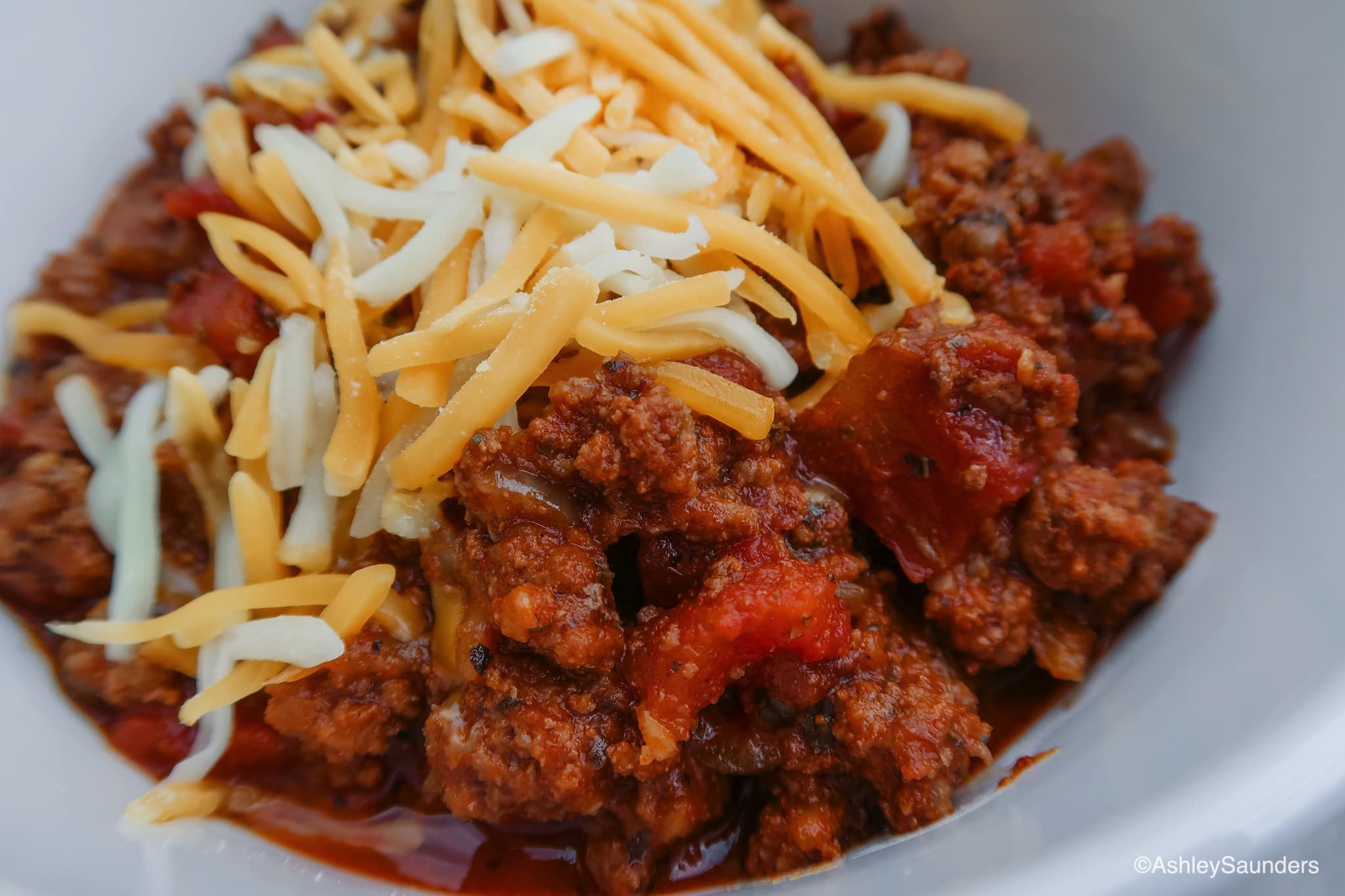 Chili with beer, that was a new concept to me as well. But after researching it seemed it was another chili practice that chefs use a lot. I personally have never cooked with beer, wine yes, beer no. I was intrigued to add it into the mix along with the stock in order to achieve that perfect chili flavor.

Why should you use beer in chili? Beer adds a rich, earthy flavor to chili and other meals. It is an ideal component to recipes that have a longer cooking time. Water occurs naturally in a lot of foods, by adding water you are essentially diluting flavor. Beer on the other hand adds a depth to the flavors while keeping the spices intact. 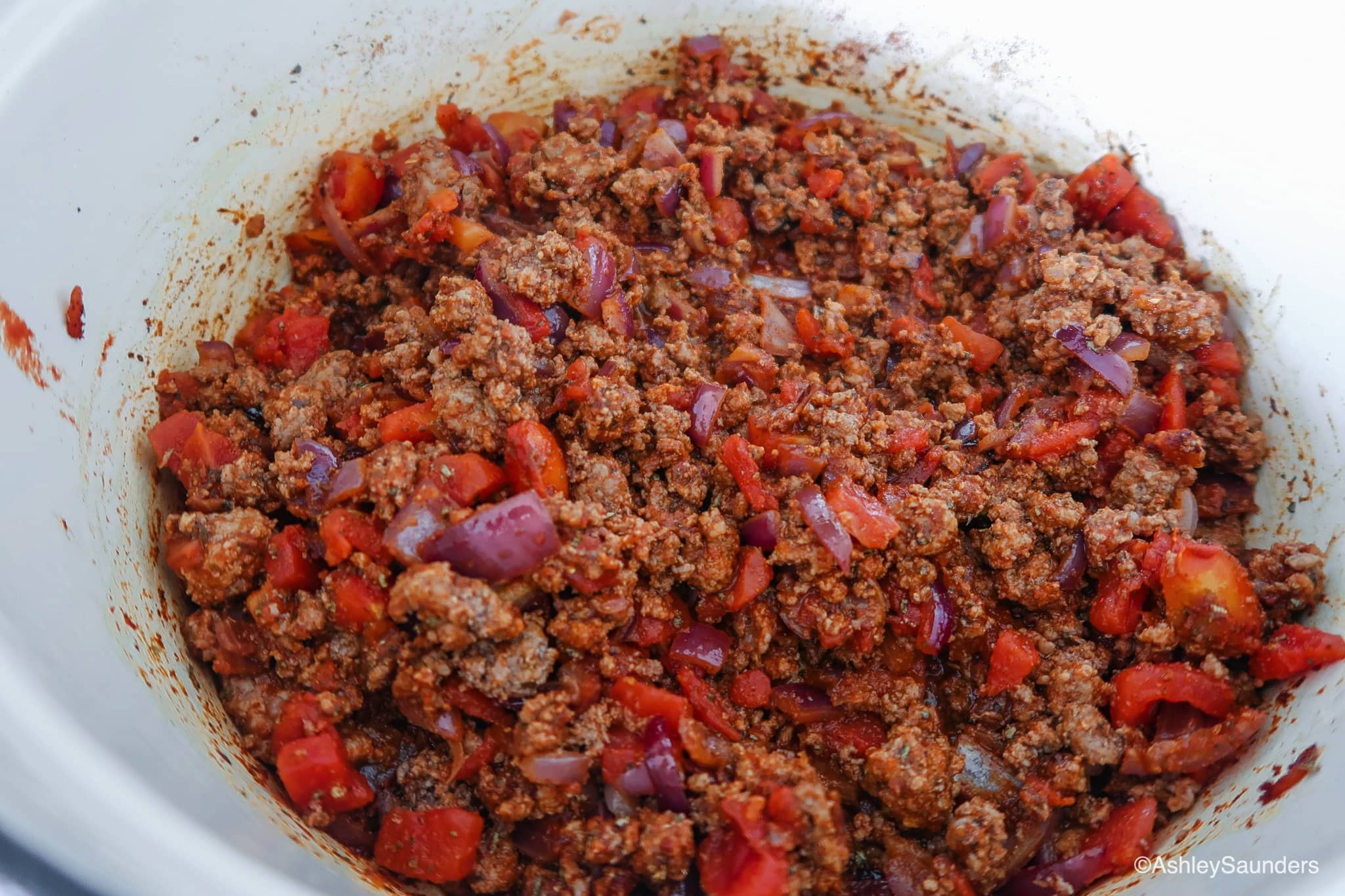 * The Chile Ancho and Cayenne Pepper can really give your chili a kick. If you are not a fan of spicy, lessen both of these by 1/2. You can always add more in later.

*You can make this recipe all in on pot if you want. I like to drain the grease from the ground beef before adding it into the dutch oven. If you choose to cook it all in one, add the ground beef to the pot after step 2.