Now streaming on Netflix, is the cat-tastic show Gabby's Dollhouse. We had the chance to sit down for an interview with Laila Lockhart Kraner, star of the show. Laila shared about what it is like filming the show, her favorite cat friends, if there are plans for a season 2 of Gabby's Dollhouse, and more. 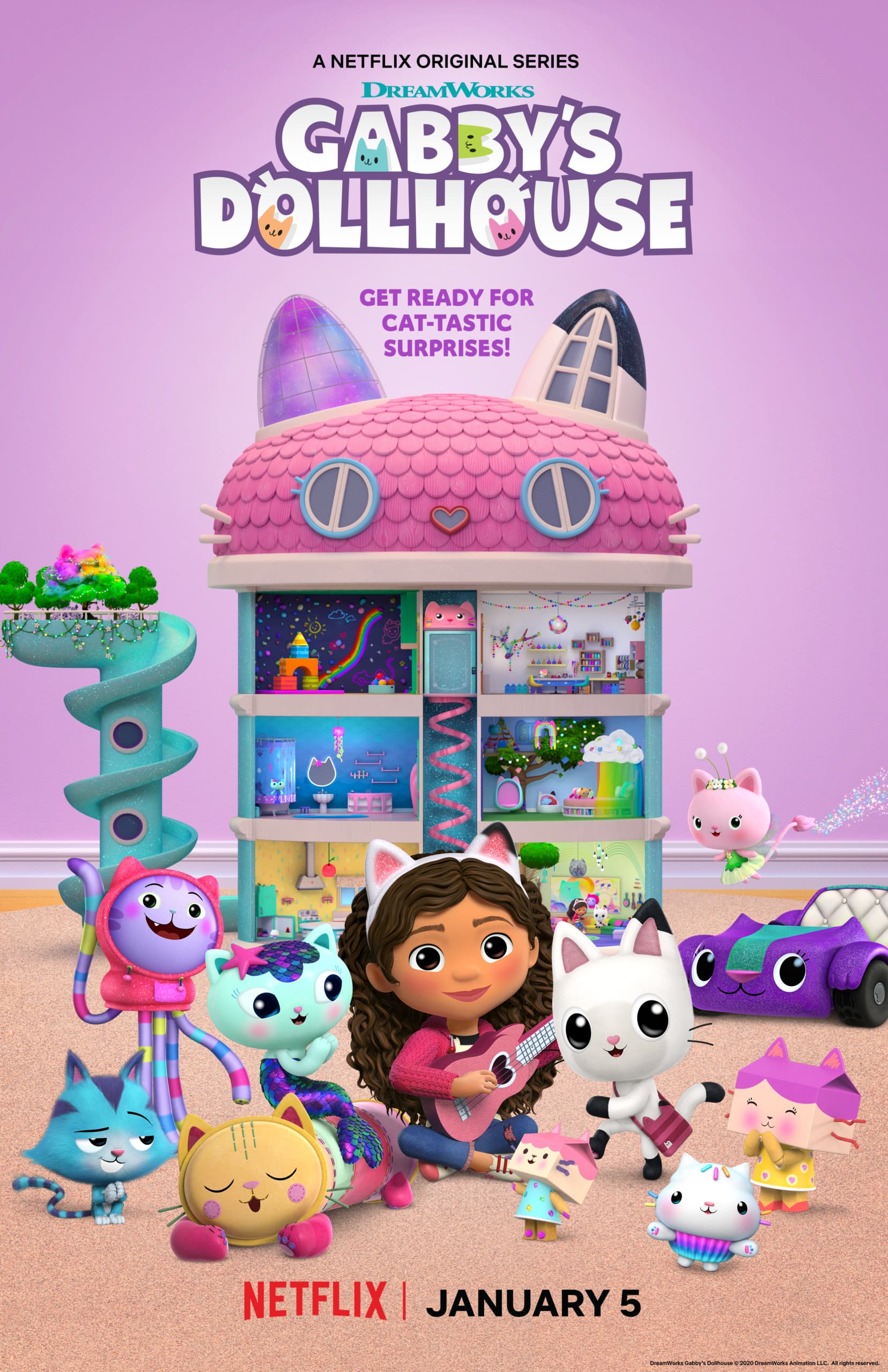 Gabby's Dollhouse follows the adventures of Gabby as she unboxes a surprise before jumping into a fantastical animated world full of adorable cat characters that live inside her dollhouse.

This show emphasizes a growth mindset, inspiring kids to turn their missteps and mistakes into something creative and beautiful. True to Gabby’s signature phrase “we failed fantastically,” every episode encourages flexible thinking and imaginative problem-solving through resilience and resourcefulness. Through DIY crafting projects, baking recipes and brain games, every room of Gabby’s Dollhouse is filled with exciting activities and magical adventures to keep kids engaged and entertained. Gabby goes on so many adventures in the show. Which one is your favorite?

Laila: I really like the pirate adventure. It was so cool how they got to go to this whole new world from MerCat's bathtub.

There are many different types of cats that live in Gabby's dollhouse. Laila shared that her favorite is CatRat. But what if she could create her own cat? What kind of cat would it be?

Laila: I might make an art cat. Baby Box makes crafts but maybe this cat could be more into paints and there would be a paint room. And maybe whatever they paint could come to life. When it comes to songs, Gabby's Dollhouse has a lot of them! Each cat gets their own unique song that is showcased at the end of each episode. Which one is your favorite?

Laila: I really like MerCat's “Cat of the Day.” I just really like how it sounds. I also like CatRat's cause I think it is really funny how it's all about CatRat. I like them both a lot, I don't think I could choose a favorite out of those two.

And what about Season 2 of Gabby's Dollhouse? Laila couldn't share a lot but she did share that yes Gabby and her adorable cats will be returning for Season 2.

Watch the video to learn more about Gabby's Dollhouse with Laila Lockhart Kraner! Born in Boca Raton, Florida, Laila loved entertaining and performing from an early age. Her interest in acting became apparent at the age of six when her family moved from Florida to Los Angeles. After attending acting classes to perfect her craft, Laila decided she wanted to pursue a career in acting. Currently, Laila stars as “Gabby” in DreamWorks Animation’s hit Netflix original series Gabby’s Dollhouse. It combines live action with animation. In each episode she unboxes a surprise before jumping into a fantastical animated world full of adorable cat characters that live inside her dollhouse.

Previously, she appeared as “Young Rainbow” on ABC's hit-show Black-ish as well as “Kai” in the crime drama series Shots Fired. When Laila is not acting, she enjoys playing electric guitar, dancing, singing, taking her dog Milo for long walks, and cuddling with her cat Apollo.

Season 1 of Gabby's Dollhouse is available now on Netflix.