The onscreen chemistry of the Jungle Cruise cast is one of the reasons the film is so fun to watch. It was apparent during our interview that this jungle crew is just as tight offscreen. Dwayne Johnson, Emily Blunt, Jack Whitehall, and Edgar Ramírez shared what it was like behind the scenes of Jungle Cruise as well as their favorite puns and how Emily ghosted Dwayne. From what they shared, it sounds like everyone had a hard time trying to keep a straight face. 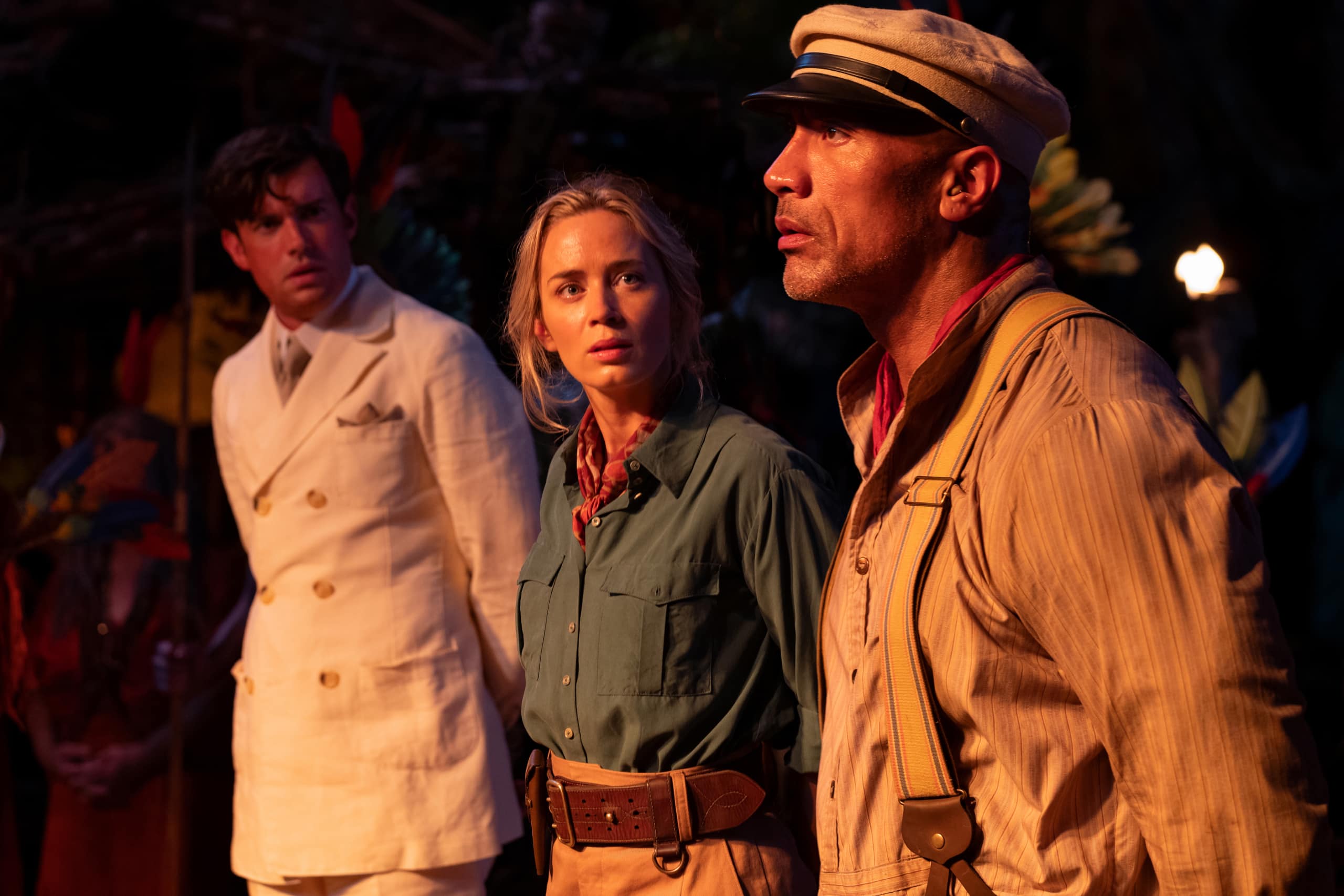 Emily may be the only person on the planet to ghost Dwayne Johnson. Dwayne really wanted her to play Dr. Lily Houghton but definitely took some convincing.

Blunt: Has anyone ever ghosted you for real before?

Johnson: No. Only you. (Laughter)

Blunt: I just wanted to play a little bit hard to get, and that's fine.

Johnson: Our director, Jaume Collet-Serra was flying to New York to meet Emily and hand-deliver the Jungle Cruise script. I said, “Listen, I'm gonna send you a video, and just give her the video from me.” So I gave her this video. Maybe a minute, two minutes.

Johnson: It was 25 minutes long, guys. (Laughs) I said, “Emily, you are the only one who can do this movie.”

Blunt: I was very touched. But Jack, attest to this as a British person. If someone comes on too strong…

Johnson: I wasn't too strong.

Blunt: It's better to just tone it down.

Johnson: No, I get it. So that's a British thing, is that it? Well, a humanity thing is you respond. (Laughter)

Blunt: I did love your video.

RELATED: All The Jungle Cruise Easter Eggs & Puns You May Have Missed 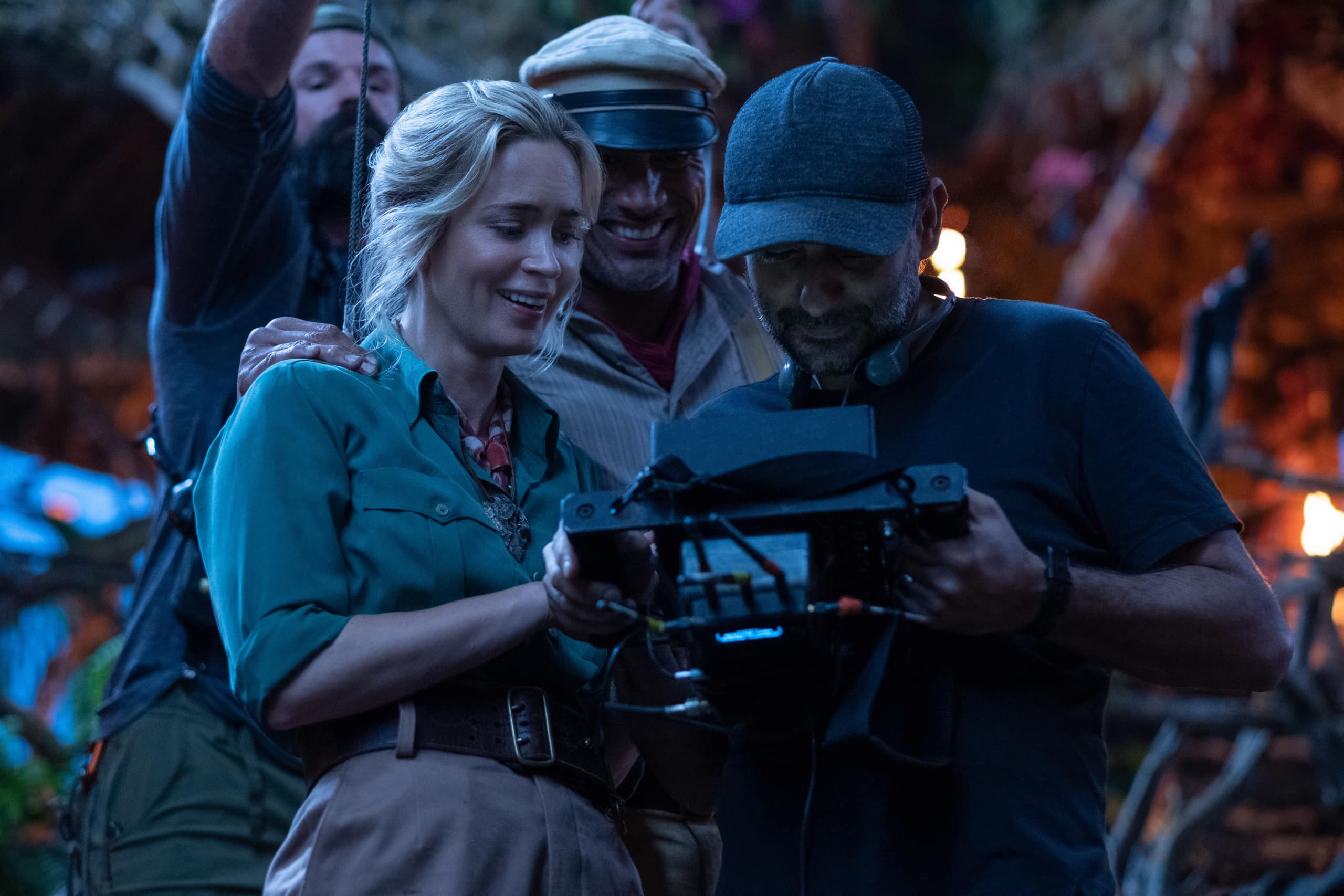 Clearly the chemistry is strong both on and offscreen. How instant was that connection when you met?

Blunt: It was instant. We were pals for life. I knew when we met. We had this rapport like ping pong, back and forth so quickly. And I just thought we're gonna have a good time. I knew it.

Johnson: You hope to get lucky with your cast, and you try to have some chemistry. Emily and I have been talking a lot about chemistry these past couple of weeks and a lot of times you fake it, you know, 'cause you're acting, but…

Blunt: He's been faking it for years. (Laughter)

Emily may have needed to be persuaded to join the film but Dwayne, you said yes right away. Why is that?

Johnson: Well, the script was in a really good place, and I immediately just saw the potential of the opportunity. And that opportunity was to take a beloved and iconic Disney ride, since 1955, Walt Disney's baby [and make a movie]. I said yes, I will come on board, I'll partner with you guys, and we will develop this thing.

We got it to a really great place. The next step after finding our director, Jaume, was finding my co-star. The female Indiana Jones over here.

Jack had his one and only line cut from Frozen, so this was his opportunity to go all out with a role. And the results are some great one liners.

Whitehall: Post the Frozen experience of having my one line cut, I felt like this was just a case of throwing enough stuff at the wall and something sticking. ‘Cause I was just desperate to not be cut from it completely. The fact that there's even a single line is an improvement from the Frozen debacle. I'm so excited to actually be a speaking part in a Disney film.

I have a feeling there was a lot of improv.

Whitehall: I mean, there was a fair amount of improv. The script was amazing, but we were also given the space to kind of improvise and add stuff to it, and these two created this environment where we were able to do that. You know, there were probably a few jokes that ended up on the cutting room floor for the right reasons. (Laughs)

Some of the great moments that you see in the film are genuine moments that we sort of came up with in the moment, and Jaume was so good at encouraging that as well.

So several cuts of the movie could exist then from all the riffing?

Ramírez: One is the red band. (Laughter)

Edgar, this is your first Disney movie. What was it like seeing yourself for the first time after the effects were all finished?

Ramírez: I was very happy. I was very happy that those snakes weren't anywhere near me during the shoot. (Laughter) ‘Cause I'm super afraid of snakes. We shot in real locations and we dressed them to look like the Amazon. It's incredible. I come from an Amazonian country, and I saw the movie for the first time two days ago at the premiere. And guys…I'm so happy. I loved it.

Blunt: I remember when we were shooting and you were like, “My mother is gonna be so upset when she sees me…”

Ramírez: It was just the snakes, because she's super afraid of snakes. She said, “Why didn't you tell me? I missed half of your performance because I couldn't…”

The Jungle Cruise has incredible stunts and action sequences throughout the entire runtime. What did you find most difficult?

Blunt: The vine swing. It was the most challenging because he would not let me get one straight take in. He pushed it so far every time to try and make me laugh on that vine swing. We shot that all day. We didn't get one straight one. Every time, I was like, just tell me what you're gonna say this time, just so I can be prepared. And…

Johnson: I wouldn't tell her.

Blunt: Every time he'd throw in some awful improv that would make me laugh.

Lets talk about the scene where MacGregor comes out to Frank. It was an important moment for the character and something special to watch as an audience member. What was filming that like?

Johnson: I felt that the scene was exactly what it was, two men talking about what they loved and who they loved. And it was as simple as that, and we were sharing a drink.

Whitehall: It was a scene that we really wanted to get right. I think what's so great about this movie is that all of the characters feel so fleshed out, and all of them have interesting backstories and are fully realized. I think it's so great that we get to understand so much about each of these characters and it makes you invested in them, and it makes you care about them.

Being that it is such an iconic and beloved ride, what about the attraction spoke to you and made you want to work on the film?

Johnson: I would say nostalgia. I had ridden the ride when I was a kid. Many moons later I went to Disney World for the first time and road the ride there too as well. So, it had a nostalgic element to it when it was first presented to me. But also, the opportunity that we had to create something that was unique and special.

Whitehall: The element to the Jungle Cruise ride that I like the most, is that it doesn't take itself too seriously and that is definitely something that we took over into the movie. It has such ambition and scale, it's beautiful, and the sets are incredible. It's got all of that, but at the heart of it, it's not a movie that takes itself too seriously. It has wit, it has humor. It's got some of the best puns I've ever heard.

Speaking of puns. I have to know, what are your favorites?

Johnson: I once had a girl…no, I'm not gonna tell that.

Blunt: I heard that one. I like the juice one.

Johnson: I once worked at an orange juice factory. They fired me because I couldn't concentrate. (Laughter) They also had to put the squeeze on me.

Whitehall: When Frank says, “I was seeing a cross-eyed girl, but it didn't work out. We couldn't see eye to eye. And I'm pretty sure she was seeing someone on the side.” (Laughter) It's better when [Dwayne] does it. 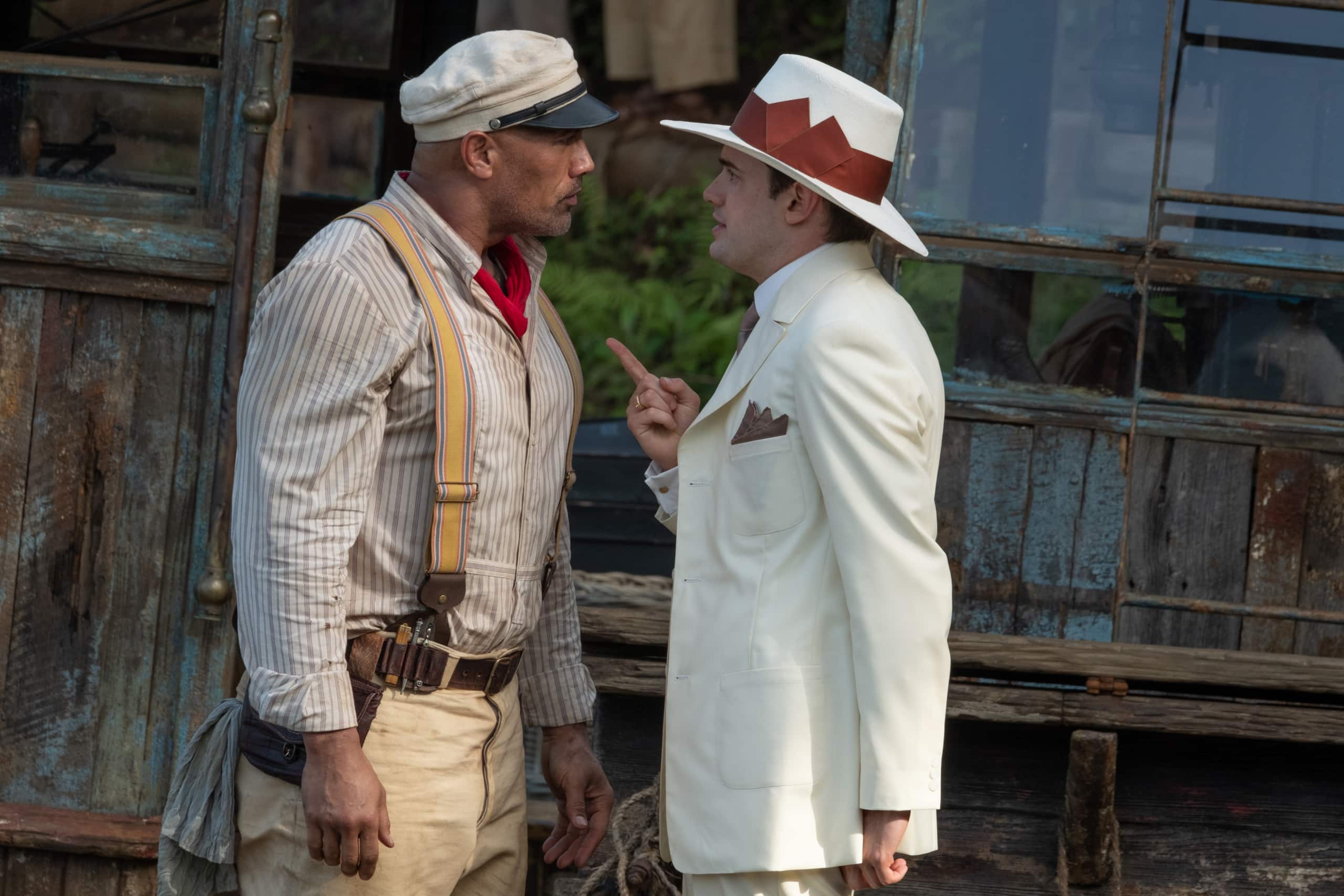 Jungle Cruise is now in theaters and on Disney+ Premiere Access.

382 shares
Previous Post: « The Bad Batch Episode 14 Easter Eggs & Breakdown
Next Post: Are You Afraid Of The Dark Giveaway! »