Spoilers ahead if you have not watched The Book of Boba Fett episode 2. 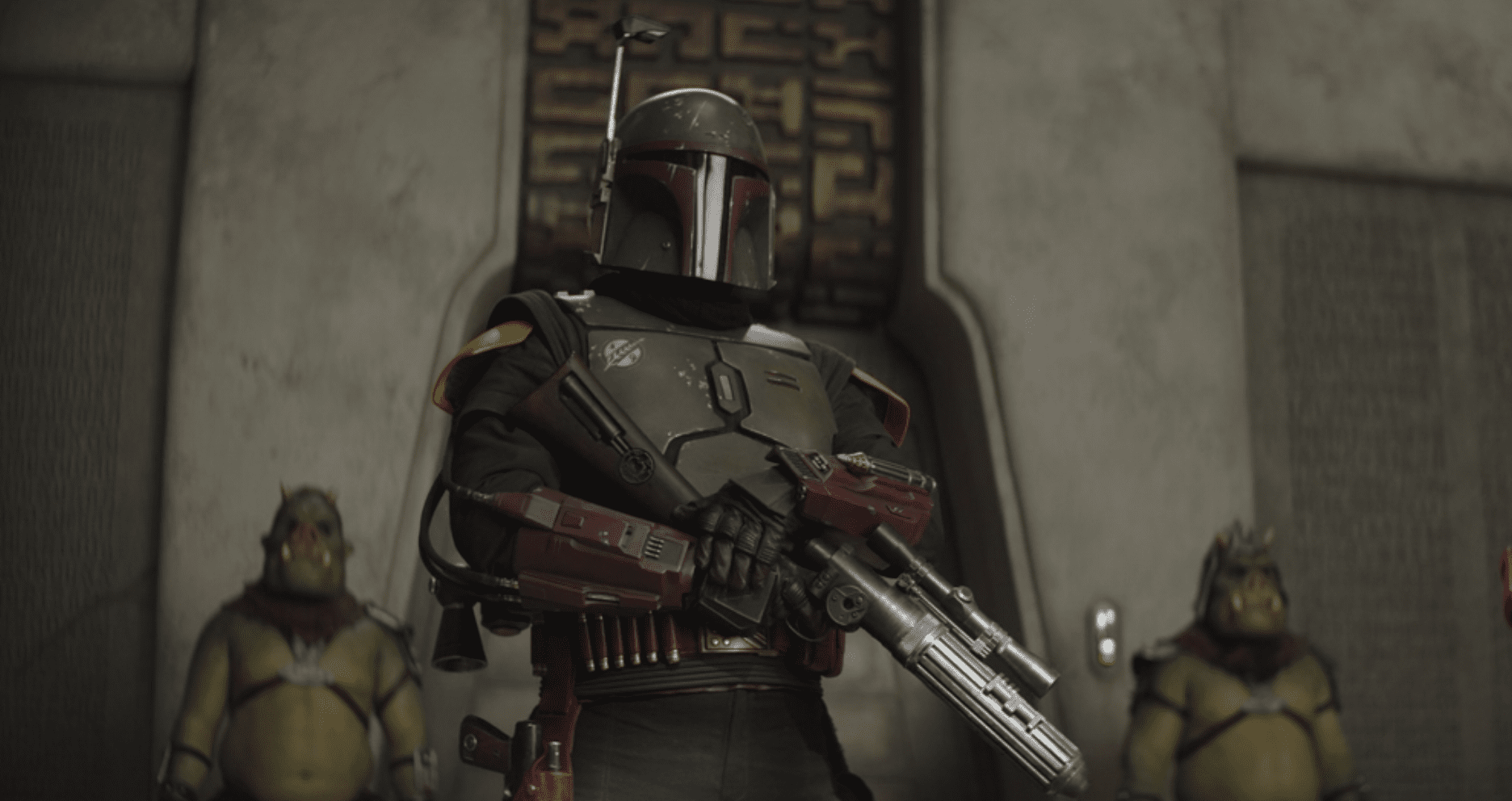 Fennec brings back the assassin she took prisoner last week. When he is questioned he reveals nothing but curses Boba in Huttese. 8D8 says he is from the Order of the Night Wind. After being thrown in the Rancor Pit he finally says the mayor hired them.

Order of the Night Wind and the Night Wind Assassins are not found in previous Star Wars properties. But it is interesting to note that the way they are dressed is similar to that of Deathstick, an assassin hired by Crimson Dawn during the days after Empire Strikes Back.

Boba and Fennec take the prisoner back to the Mayor, Mok Shaiz, an Ithroian. He is voiced by the co-showrunner and director Robert Rodriguez.

The Mayor shrugs off Boba's accusations that he sent the assassins and tells the Majordomo to reward Boba for turning in the man. He also has the man killed. Mok Shaiz knows a lot about Boba. He offers Boba advice and a little warning, to find out who really sent the assassins and that running a family is more difficult than bring a Bounty Hunter.

Fennec, Boba and the Gamorreans go back to Garsa's Sanctuary on the advice of the Mayor. Garsa warns Boba about the Hutt Twins who are after Jabba's throne.

In the cantina is a better shot of the droid known as R-3X (aka Rex and RX-24). His first on screen appearance came on Star Wars Rebels. Before that he was voiced by Paul Reubens for Star Tours. Now he is DJ Rex (still voiced by Reubens) can be at Oga's Cantina in Star Wars Galaxy's Edge at both Walt Disney World and Disneyland. 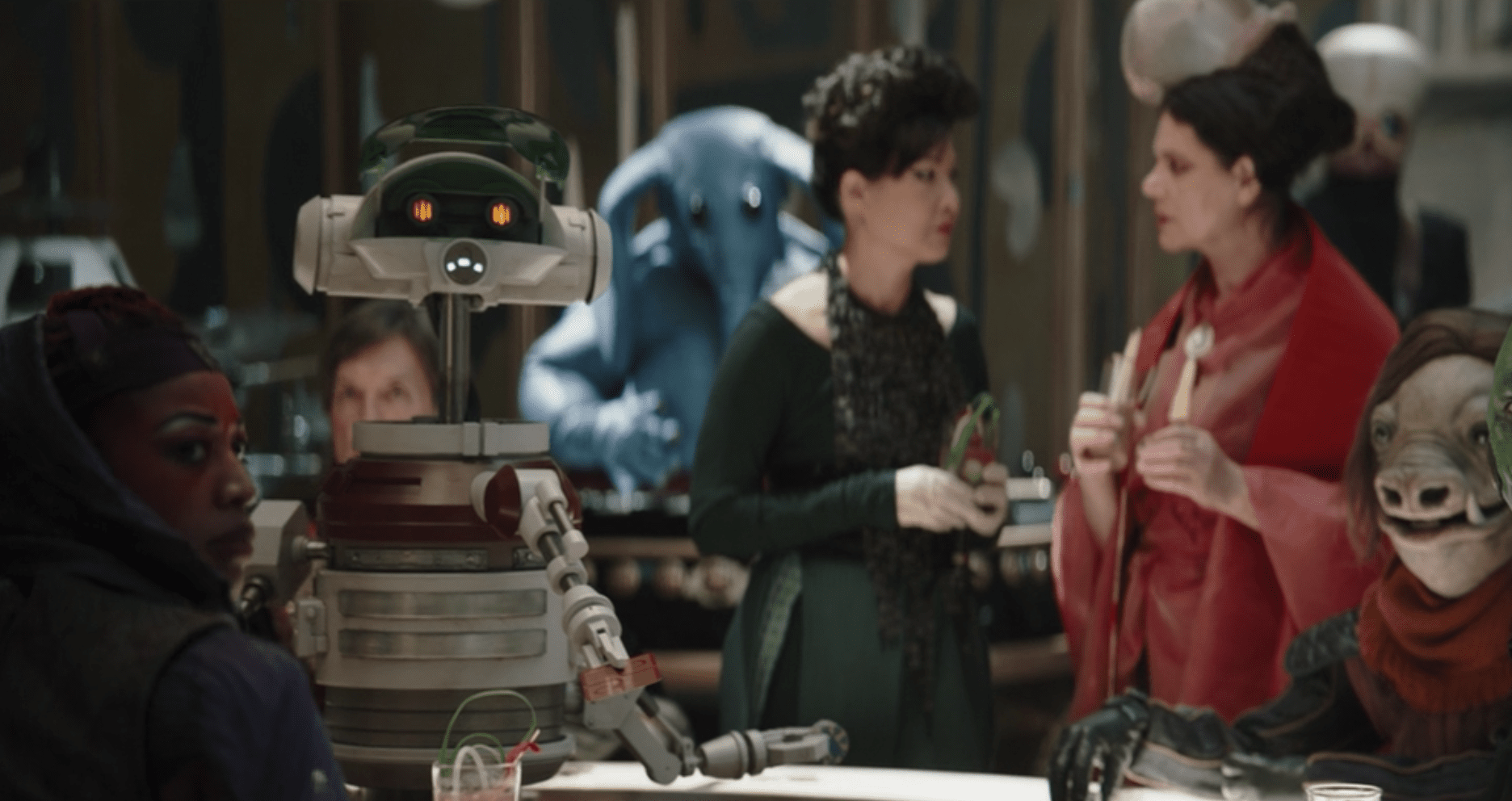 Boba and Fennec face the Hutt Twins being carried around the city on their litter. They lay claim to the territory and Boba shrugs them off, despite them coming to Mos Espa with Black Krrsantan, aka “Santy,” “BK,” or “Black K,” a Wookiee bounty hunter.

Fett doesn't care who they brought, this isn't the Death Pits of Duur and he isn't a sleeping Trandoshan. He tells them to go back to Nal Hutta, the home planet of the Hutts. They leave but not before warning him to watch his back.

Back at the palace, Boba Fett is in the Bacta Tank, remembering more of his time with the Tusken Raiders. He is being trained to fight with their weapons. Suddenly a train that looks like a sand version of the 20-T Railcrawler conveyex transport, appears and begins shooting at the Tuskens as it makes its way through the desert.

After helping bury the dead on the pyre, Boba notices speeders driving across the desert. He figures out where the speeders went, and speaking Tuskenese, promises to stop the train and be back by morning.

Cami and Fixer are being attacked inside Tosche Station by a rowdy alien speeder bike gang. Boba arrives, beats them all in a fight, and takes three of the speeders to bring back to the Tusken camp. These two are friends of Luke Skywalker. These characters were originally in a deleted scene from A New Hope. 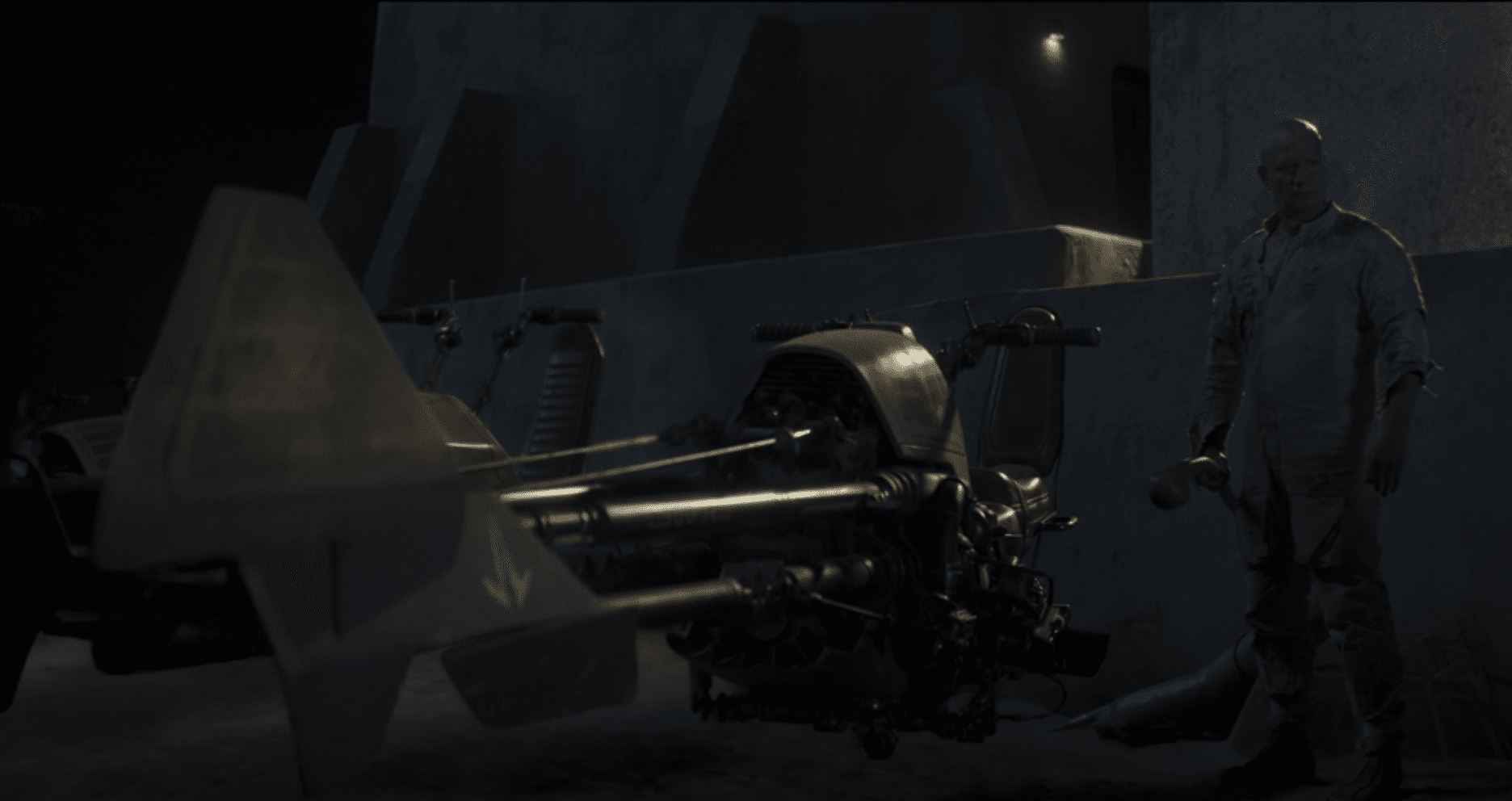 He teaches the Tuskens how to ride the speeders. Boba helps them make a plan to stop the train. He tells the young Tusken from episode 1 to signal when he sees the train.

After an intense fight for the train, Boba finally makes it to the engine room. The spider-looking droid leaps from the train. Once it is stopped, they take what the train was carrying, including weapons.

Boba confronts the leader of the train and asks if they are carrying Sansanna Spice from the slave mines on Kessel. This spice made its debut in The Clone Wars. Many of the prisoners resemble those of the Pyke Syndicate whose leader Lom Pyke was obsessed with Spice.

The Pyke Leader is voiced by Stephen Stanton who has voiced Admiral Tarkin among other Star Wars characters in the past.

Fett tells the leader this desert, the Dune Sea, is claimed by the Tuskens and as such if they want to travel through it with their cargo they will pay a fee. The name itself (already in canon) is an homage to Frank Herbert's Dune series, which also has spice and is said to have heavily influenced George Lucas.

The leader of the Tuskens gives Boba a gift, a lizard that will guide him from his mind. The lizard crawls up his nose and Boba precedes to hallucinate. He breaks free of the dream tree and makes it back to the camp where the lizard crawls out of his nose.

He presents them with the branch that he broke off from the tree. They in turn, wrap him in the garments of a Tusken Raider. The branch is used to form his own gaffi stick. After a coordinated ritual around the fire, Boba is officially a member of the Tusken tribe. 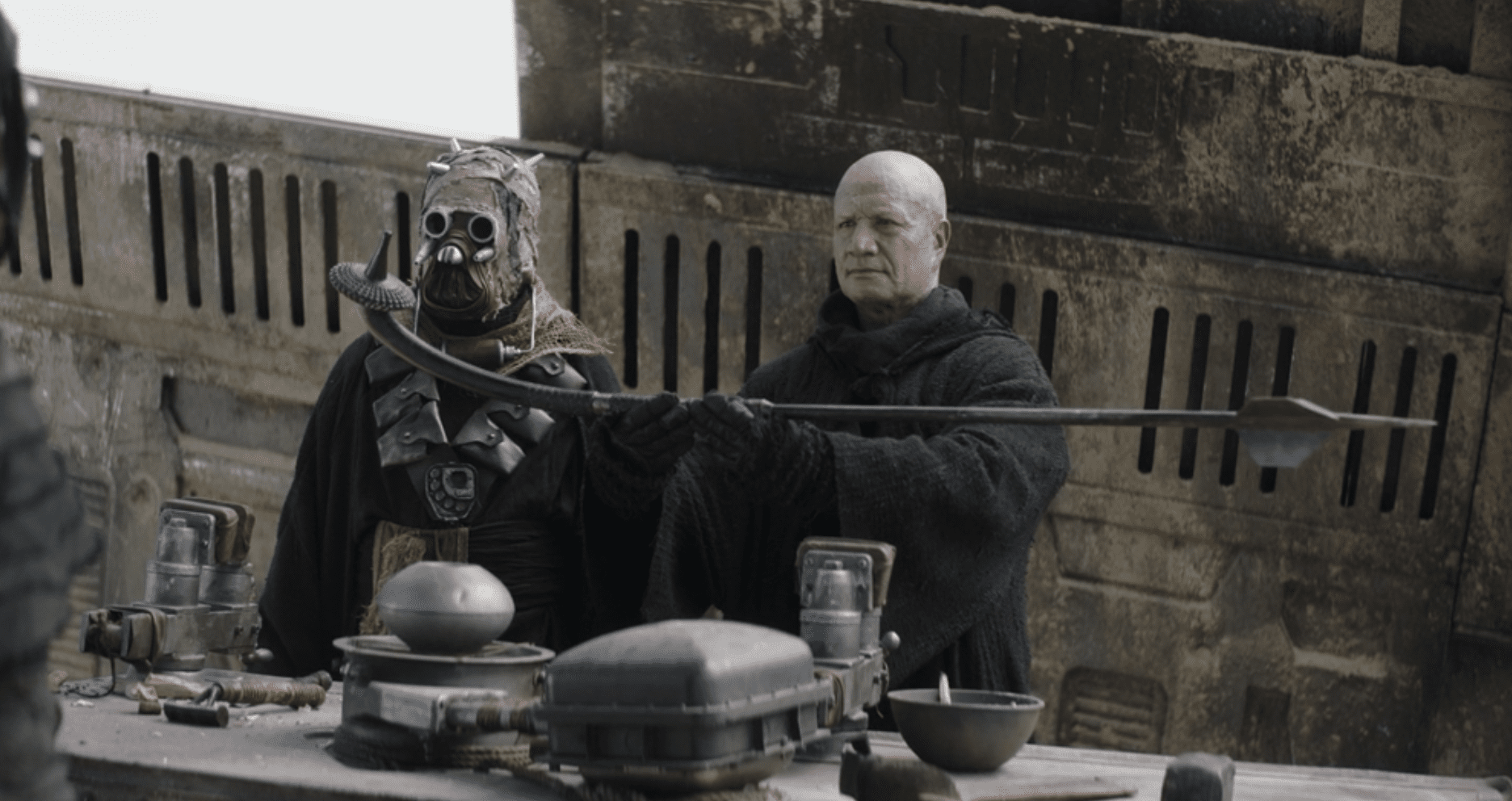 Episodes 1 and 2 of The Book of Boba Fett are now streaming on Disney+.