Earth Day 2020 is April 22, but Earth Month can be celebrated all April long. From basic lessons like reduce, reuse, and recycle to trying out composting and learning about nature, there are plenty of opportunities to learn more about the great big beautiful world we live in. 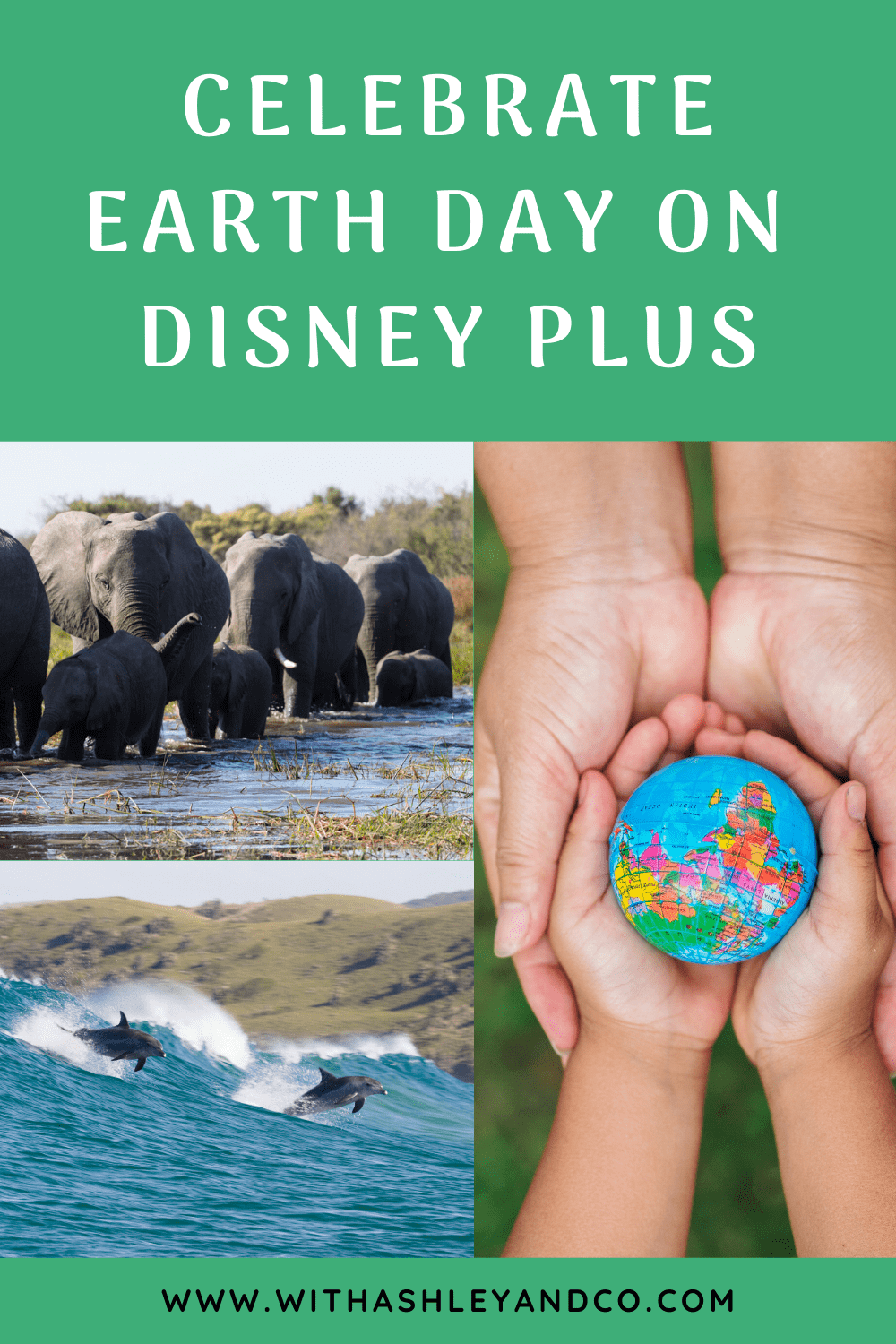 Celebrate Earth Day on Disney Plus

Disney Plus is celebrating Earth Month with an entire section dedicated to the wonders of nature. Featuring titles from both Disneynature and National Geographic, there is something for every member of the family to enjoy.

read more: What to Binge on Disney Plus Right Now

Some of my favorite classic Disneynature films are now on Disney Plus including African Cats and Born in China. From National Geographic, my picks are Tree Climbing Lions and Kingdom of the White Wolf.

Nature specials are typically rated G for everyone but if you have sensitive kids I would recommend watching these first. Because while these animals are adorable they are out in the real world and drama does happen.

Have you signed up yet? If not , click here to try Disney+ for free!

Disneynature’s Dolphin Reef, narrated by Natalie Portman, tells the story of Echo, a young Pacific bottlenose dolphin who seems far more interested in exploring the coral reef, and its intriguing inhabitants, than learning to survive in it.

Echo seemingly doesn’t comprehend that soon he will play a vital role in both his own survival and the survival of the colorful, living, breathing city that he and his family call home. The reef is an intricately balanced ecosystem in which each citizen contributes: from the millions of plants and creatures which inhabit the coral to the gardener fish and the predators, like Echo. 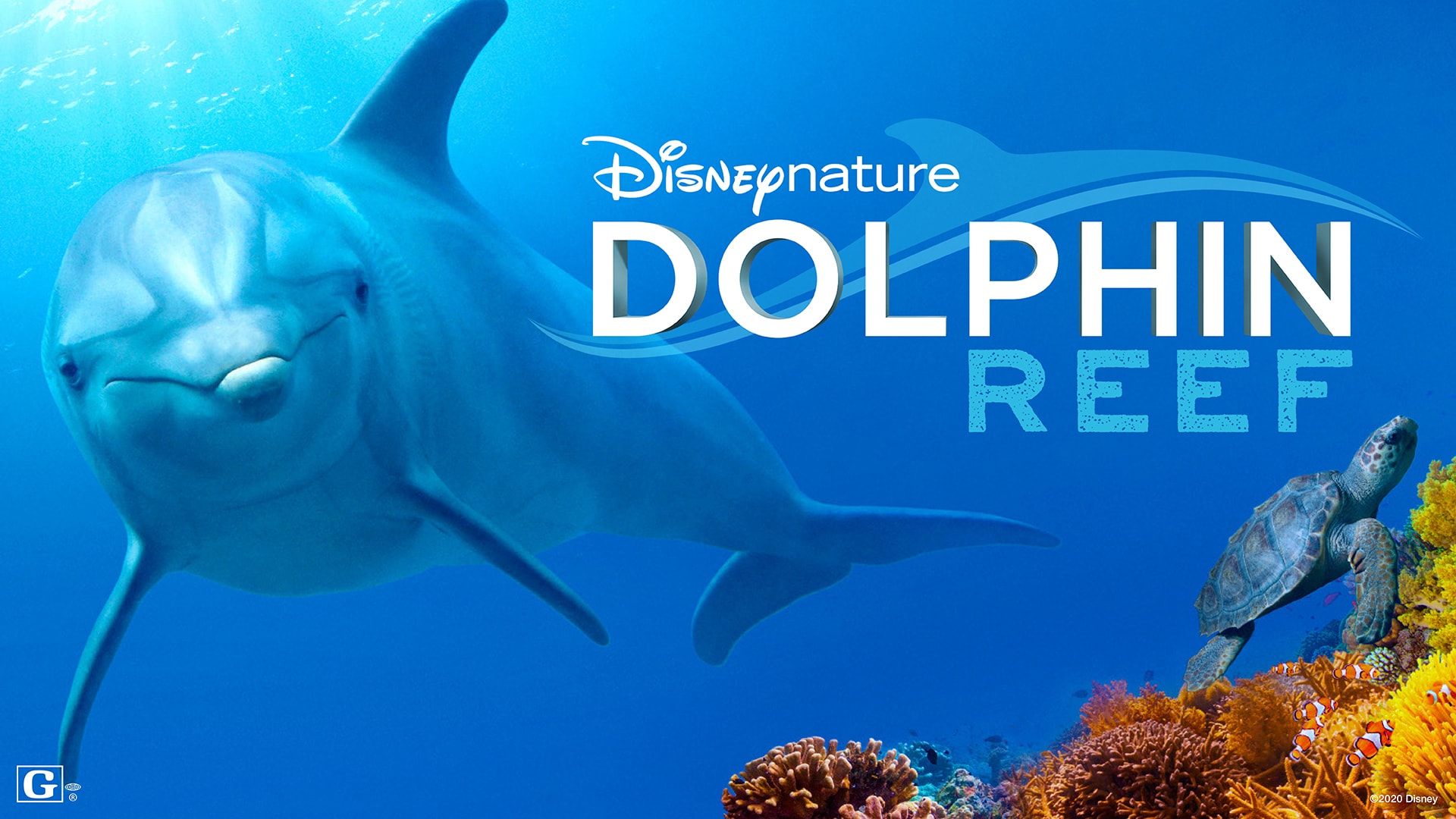 At three years old, Echo has relied solely on his mother, Kumu, to feed and protect him. Now he’s weaned off mother’s milk and it’s time to catch his own meals and develop the essential skills needed to thrive in his underwater world. However, the teachings of his mother tend to go unnoticed by Echo, who’s distracted by more enjoyable pursuits.

Echo often can be found balancing a shell upon his rostrom or investigating the many fascinating residents of the reef, such as the fastidious peacock mantis shrimp or the bumphead parrotfish, with a face only a mother could love. He’s particularly distracted by a 40-foot humpback whale and her newborn calf, who create a massive wake that’s hard to resist.

As Echo gains more independence, he discovers that even a giant creature like the humpback whale has something to fear in the deep blue. The pod must sleep with one eye open with the ocean’s greatest hunter, the orca, nearby. Orcas prey upon bottlenose dolphins and whale calves.

Even as predators themselves, Echo and his family must also be wary of creatures such as the giant stingray and the shark that even reef sharks fear: the tiger shark. But there’s power in numbers and Echo and his pod rely upon one another for safety and comfort. The key to their survival is teamwork.

Kumu is determined to make Echo a contributing member of the team and has been encouraging him to use echolocation, a highly sophisticated sonar, to find fish buried in the sand. Now it’s time for a master class. Mother and son set out on a journey to the pod’s favorite group hunting grounds, the legendary muddy shallows, where she’ll teach Echo her high-speed technique for corralling fish.

If Echo can master this skill, he’ll become both self-sufficient and a valued member of the pod. 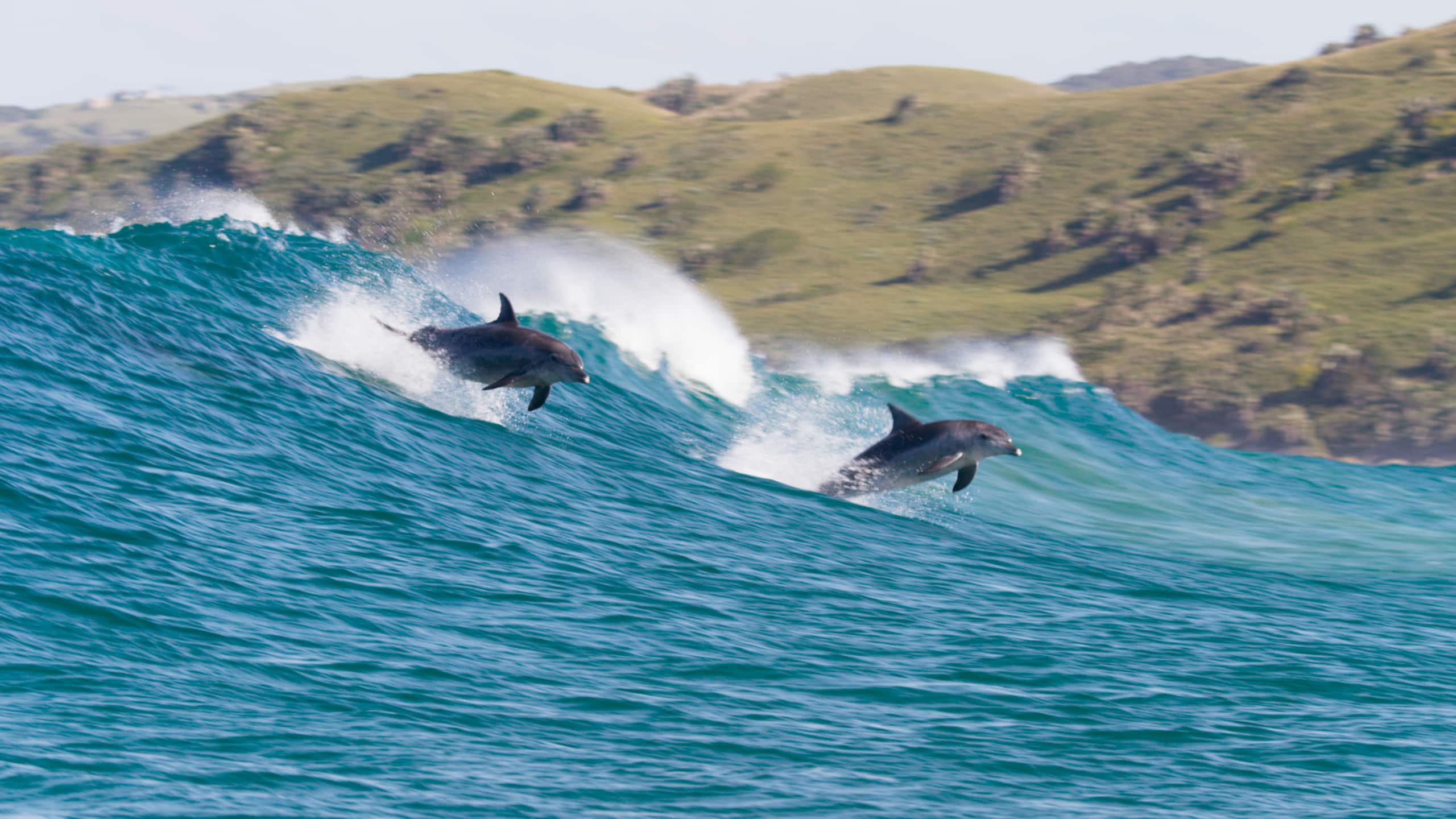 Disneynature's Elephant, narrated by Megan Markle, The Duchess of Sussex, follows African elephant Shani and her spirited son Jomo as their herd make an epic journey hundreds of miles across the vast Kalahari Desert. Led by their great matriarch, Gaia, the family faces brutal heat, dwindling resources and persistent predators, as they follow in their ancestor’s footsteps on a quest to reach a lush, green paradise.

Shani and her family are among the last elephants on earth to make these lengthy migrations. She’s mother to wide-eyed, one-year-old Jomo, who has yet to experience a migration, and at 40 years old, she is next in line as herd matriarch, a position currently held by her older sister Gaia.

Gaia’s herd is among countless species, from hippopotamus to lechwe to baboons, that rely upon the life-giving water that flows from the mountains and transforms the heart of the desert into a green oasis known as the Okavango delta. But the season’s end is near and soon there will be a mass exodus. 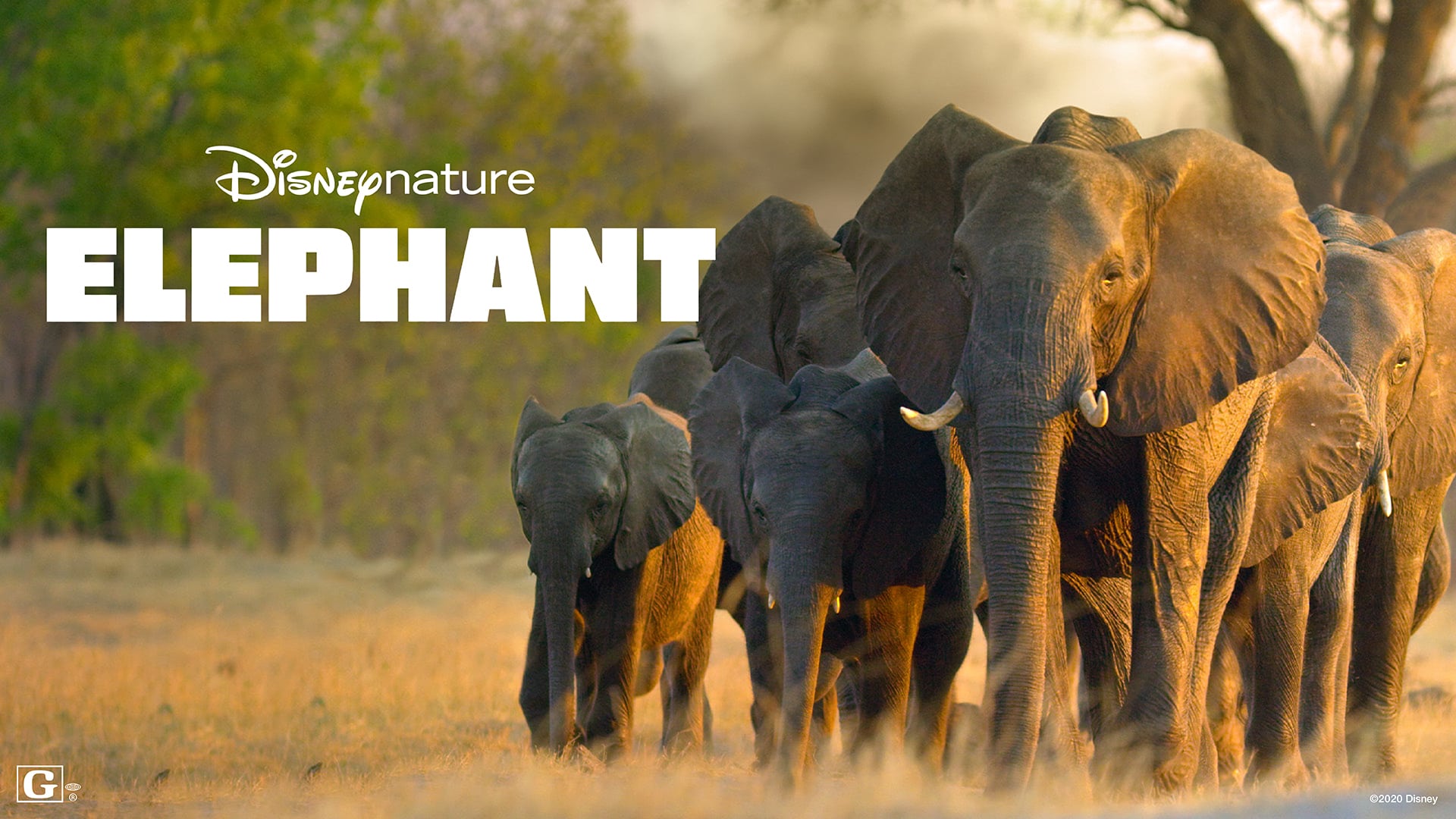 Nothing on Earth is more precious to life than water. And perhaps nowhere is this more apparent than the Kalahari desert in southern Africa, one of the driest places on the planet. The water is receding and paradise will soon turn to dust as the delta becomes a series of vanishing pools.

Gaia instinctively knows she must lead the herd directly into the baking Kalahari desert, before the remaining water holes dry up. The herd’s success will depend on her experience and wisdom, which has been handed down over many generations. Just as the saying “an elephant never forgets” implies, these massive mammals have a deep connection to their past.

Along the way, they’ll seek nourishment from sources such as moisture-rich mopane leaves and baobab tree trunks filled with rainwater. As they near their destination, the herd must cross the mighty Zambezi river to reach the safe haven for which they’ve been searching.

Fortunately, the herd has the strength and stamina to succeed and can rest while enjoying unlimited water and all the palm nuts they can shake from the trees. But within a few short months, food is scarce and the water begins its voyage back to the Okavango delta. The family must traverse the wilds of Africa, yet again.

The march back to the delta will be no easy task, as the Angolan flood waters are early this year and the herd will need to make quick time. However, the emotional bonds between elephants are as strong as those between humans and the strength of family has gotten them this far. Together, Gaia, Shani, Jomo and family dare to take the shortest route … through lion country. 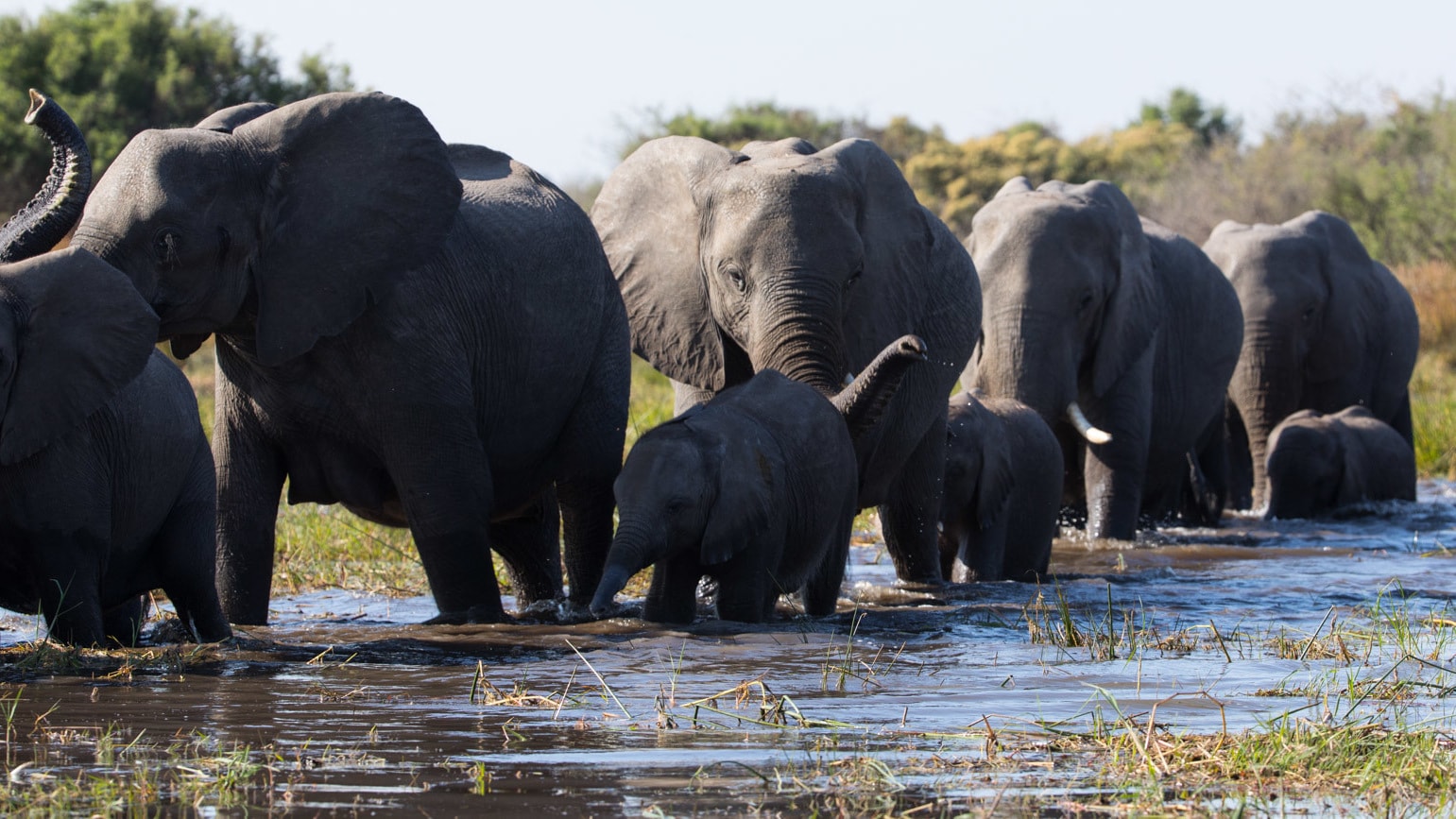