It's time to rock ‘n' roll and dance like no one is watching, Trolls World Tour Dance Party Edition is here! This musical adventure is available now on Digital HD and coming to Blu-ray, 4K, and DVD July 7. This is a dance party your whole family does not want to miss, just look at all these awesome bonus features. 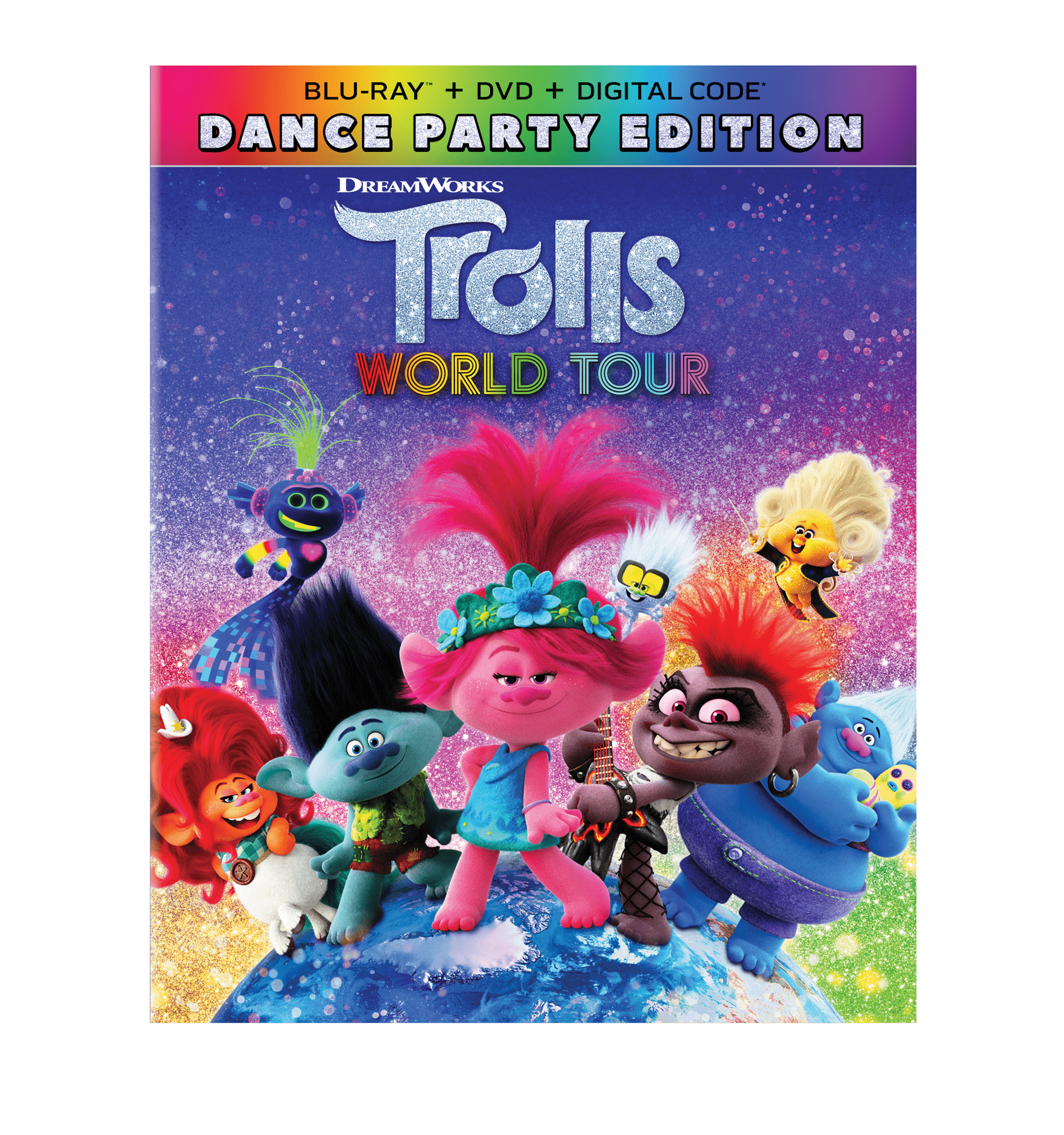 In this sequel to Trolls, Poppy and Branch discover that they are but one of six different Trolls tribes scattered over six different lands. Each tribe is devoted to six different kinds of music: Funk, Country, Techno, Classical, Pop and Rock. Their world is about to get a lot bigger and a whole lot louder.

Trolls World Tour is a radiant bright light in a time when everything feels dark. It looks great, sounds amazing, and delivers exactly what the world needs right now- a kaleidoscope of color and hope.

Before you get the party started, grab these Trolls World Tour Free Party Printables. Then pick out the most colorful outfits you can find. Finally, pop in the dance party edition of the film and get ready to move it, shake it, and dance your heart out.

This special dance edition includes an interactive dance party mode that invites viewers to learn dance moves while get watch the film, lyrics to sing-along with your favorite songs, and even special surprises too! We are all about learning the moves, because if you haven't already tried to dance along with this soundtrack are you even a human? Only robots could not get caught in the infectious melodies of Just Sing, Crazy Train, and my fave- Don't Slack.

Dance Party Mode – As Queen Poppy makes her way across the lands, this on-screen experience encourages the viewer to sing and dance along as they customize their own musical journey. With sing-along and dance elements, interactive pop ups and more, it’s sure to be a world of fun!

Tiny Diamond Goes Back To School – In this exclusive original short film, journey back to school with Tiny Diamond as he tries to figure out how to be the cool kid and ‘fit in’.

Trolls Perfect Harmony– Hear from the star-studded cast of Anna Kendrick, Justin Timberlake, Anderson .Paak, George Clinton, Kunal Nayyar, James Corden and the filmmakers about the history of music featured in the film. From classical to country to rock, pop and techno, the cast and filmmakers reveal their favorite types of music.

Trolls World Tour Backstage* – A behind-the-scenes making of featurette showcases Anna Kendrick, Justin Timberlake, Rachel Bloom, Ron Funches, George Clinton, Mary J. Blige, Sam Rockwell and Kenan Thompson as some of the talent behind the Trolls and the process of bringing the them to life.

Where to buy Trolls World Tour

Trolls World Tour is available on Digital NOW and on Blu-ray, 4K, and DVD July 7 wherever movies are sold. Get your pre-order in now so you don't miss out on any rocking moments.

51 shares
Previous Post: « Artemis Fowl Movie Review | Entertaining or A Jumbled Mess?
Next Post: Marvel Battleworld Game Review | A Must Have For Kids and Funko Fans »