Chapter 11 The Heiress, picks up right where The Passenger left off with Din, The Child, and The Frog Lady making their way to Trask. Somehow the ship makes it to the landing area and everyone goes about their business. Nothing is ever as it seems and soon The Mandalorian and Baby Yoda find themselves in some deep water. Lets breakdown The Mandalorian Chapter 11.

Spoilers ahead if you have not watched The Heiress.

The recap included the Krykna Spiders, so thanks for that Disney+.

The Razor Crest made its entry into Trask in the same way as Apollo 13. Bryce Dallas Howard directed this episode and it was an homage to her father, Ron Howard's film.

Trask features a lot of alien species. The first Din meets is a Mon Calamari. The most famous of this species is Admiral Ackbar.

An old Imperial AT-AT has been repurposed into a crane and lifts the Razor Crest out of the sea.

Inside the pub, Din interacts with a squid-like species called the Quarren. They are also native to Mon Cala, like the Mon Calamari. They have appeared in Return of the Jedi, Episode II, Episode III, and The Clone Wars.

Baby Yoda had karma come knocking when the Mamacore swallowed him whole. Now he knows how those eggs felt.

Clan Kryze might be one of the most exciting things to happen on The Mandalorian since the DarkSaber was revealed. The leader of The Mandalorians that saved The Child and Din from the Quarren was none other that Bo-Katan. 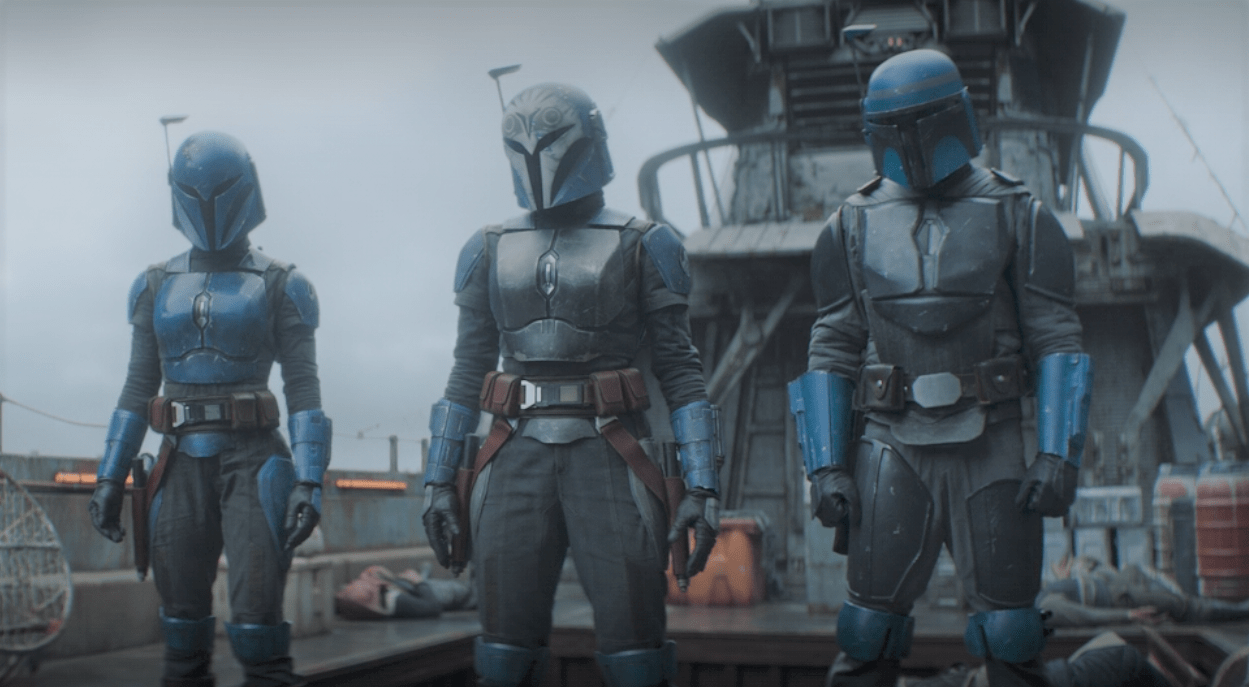 Katee Sackoff, the original voice of the character from The Clone Wars, plays Bo-Katan.

Sasha Banks from the WWE played Koska Reeves. This could be a nod to a female captain from the Rebel Alliance name Reeves mentioned in the magazine Valkyrie back in 1994.

Simon Kassianides, an Agents of S.H.I.E.L.D. alum, is the quiet third member of the crew Axe Woves.

Bo-Katan calls Din a Child of the Watch, explaining that The Watch was a cult of religious zealots that were bent on restoring the old ways of Mandalore. This is a reference to The Death Watch, a faction of Mandalorians that opposed the Mandalorian government, led by Satine of Clan Kryze during The Clone Wars. 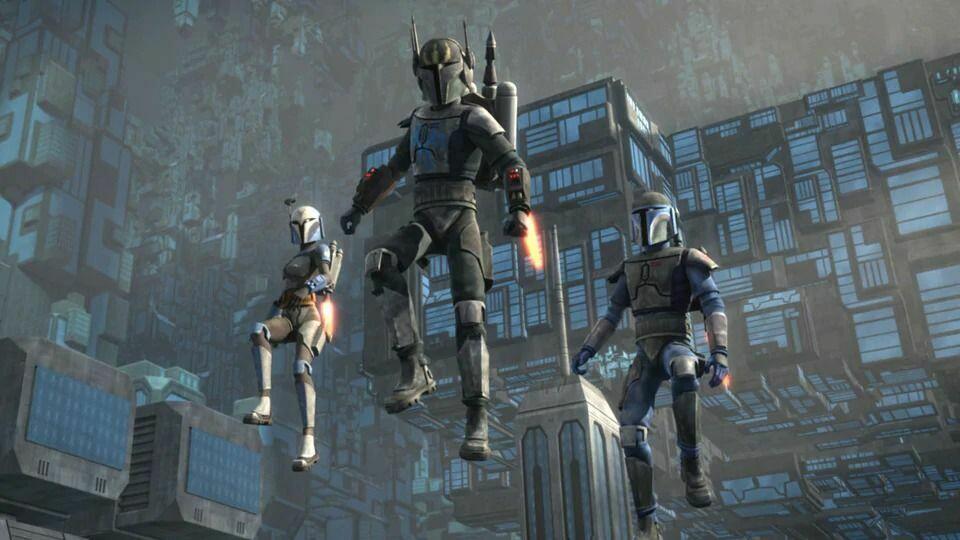 Moff Gideon is shown for the first time this season. He signs off from his transmission with “Long live the Empire.” And what follows is something similar to Captain America The First Avenger when the operative says “Hail Hydra” before taking cyanide. The Imperial Captain kills the other officers then attempts to crash the ship before being caught. But he still has the fake tooth and takes himself out before he can be interrogated about the whereabouts of the DarkSaber.

Bo-Katan wants the DarkSaber to unite the clans of Mandalore and retake the planet. Mando claims it is a fool's errand, that the planet is not suitable for life. She reminds him not to believe everything he reads. At the end of Star Wars Rebels, Bo-Katan received the DarkSaber from Sabine Wren.

After their mission is complete, Din is instructed by Bo-Katan to visit Calodan on the forest planet of Corvus and look for Ahsoka Tano. It's been rumored for months we would see her show up this season along with who could possibly play her. Since they got Katee to play Bo-Katan, fingers crossed for Ashley Eckstein to bring Ahsoka to life, even if it means her voicing a CGI character.

The Mandalorian is streaming now on Disney Plus.