In what seems like the longest week ever, The Mandalorian and Baby Yoda arrived to save us. Chapter 10, The Passenger, finds Din continuing his search for more Mandalorians. In order to get some information he promises to ferry a passenger and her precious cargo from Tatooine to Trask. Trouble arises and we have one nightmare inducing scene. Lets breakdown The Mandalorian Chapter 10.

Spoilers ahead if you have not watched The Passenger.

On his way back from Mos Pelgo, Din and The Child are ambush by several aliens. One of those is a Nikto, a race that hails from the planet Kintan. Kintan is in Hutt Space territory. Their species first appearance was in The Star Wars Holiday Special and later in Return of the Jedi and The Clone Wars.

Back at Mos Eisley he comes across Peli Motto playing Sabacc with Dr. Mandible. He first made his debut last season in The Gunslinger episode. While he may remind fans of the Yam'rii who hangout in this cantina in A New Hope, he is actually a Killik.

It also seems that they are playing this game at the infamous Han Solo table. 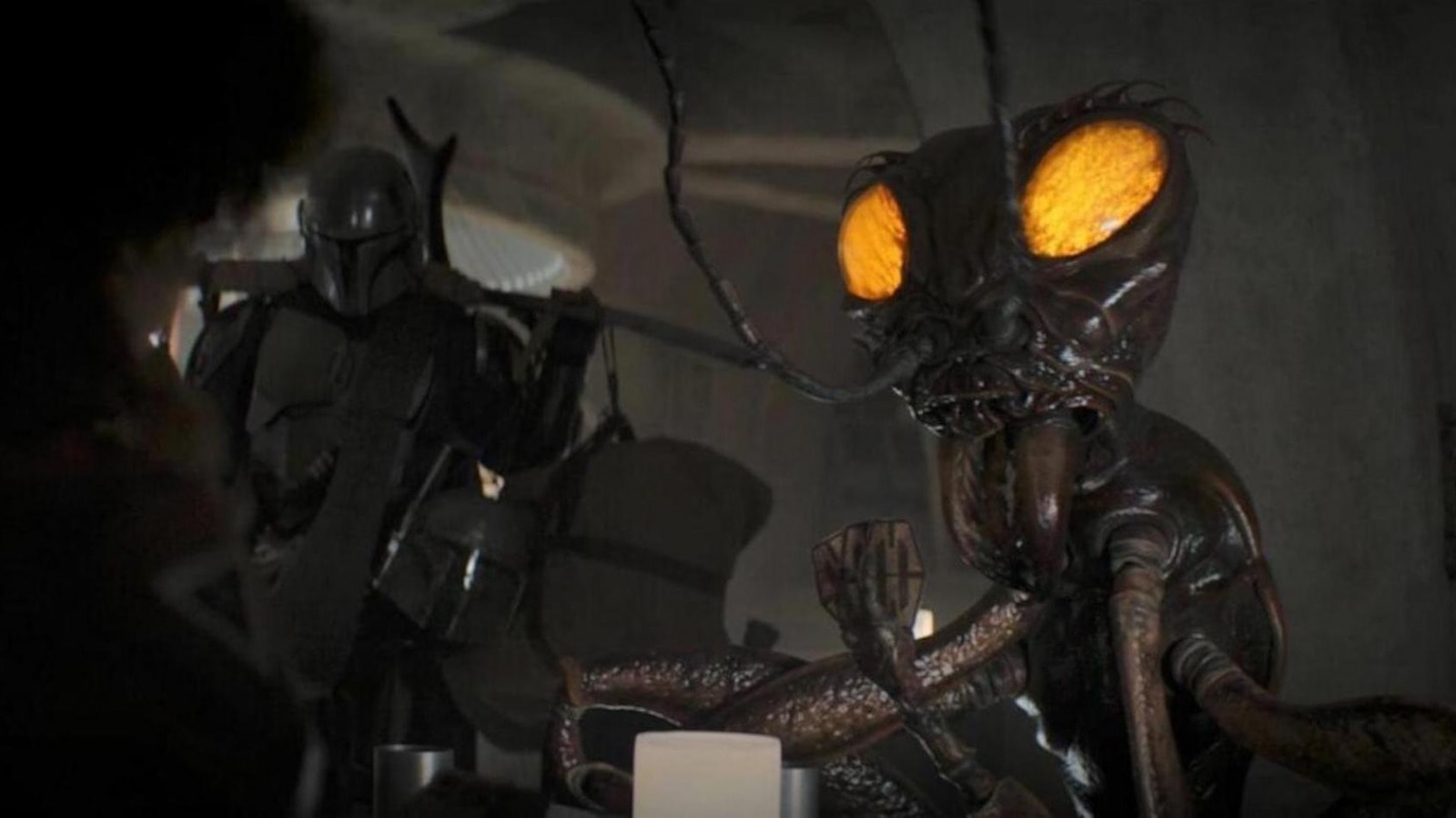 Peli Motto continues to show off her impressive droids of Star Wars past collection. This week Treadwell from A New Hope is helping roast Krayt Dragon meat in the docking bay.

While in flight, two x-wings appear, asking for identification. One is piloted by Trapper Wolf (Dave Filoni) and the other by newcomer Carson Teva (Paul Sun-Hyung Lee of Kim's Convenience). 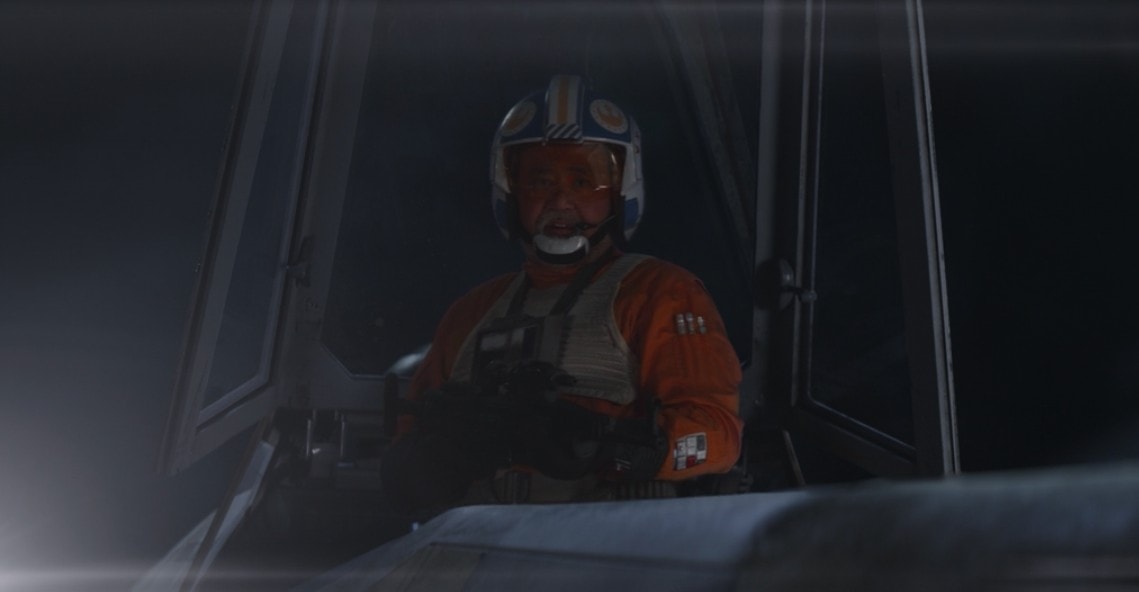 The Razor Crest lands roughly on an icy planet we assume to be Maldo Kreis that was introduced in the series premiere.

Q9-0 aka Zero is still around and in pieces in Mando's ship. He was formerly apart of Ranzar Malk‘s crew who betrayed Din in the first season. Good thing too, since Frog Lady and Mando do not speak the same language.

It's not just cold down in that cave, it also happens to be full of spiders that look very similar to the Krykna Spiders from the planet Atollon in Star Wars Rebels.

Baby Yoda manages to trigger all the eggs to hatch and instantly becomes the stuff of nightmares if you, like me, hate spiders. What follows seems like an homage to hatching scene in Alien or that time Frodo was stuck in the cave of Shelob from Lord of the Rings.

The Krykna were designed for The Empire Strikes Back and the planet of Dagobah. 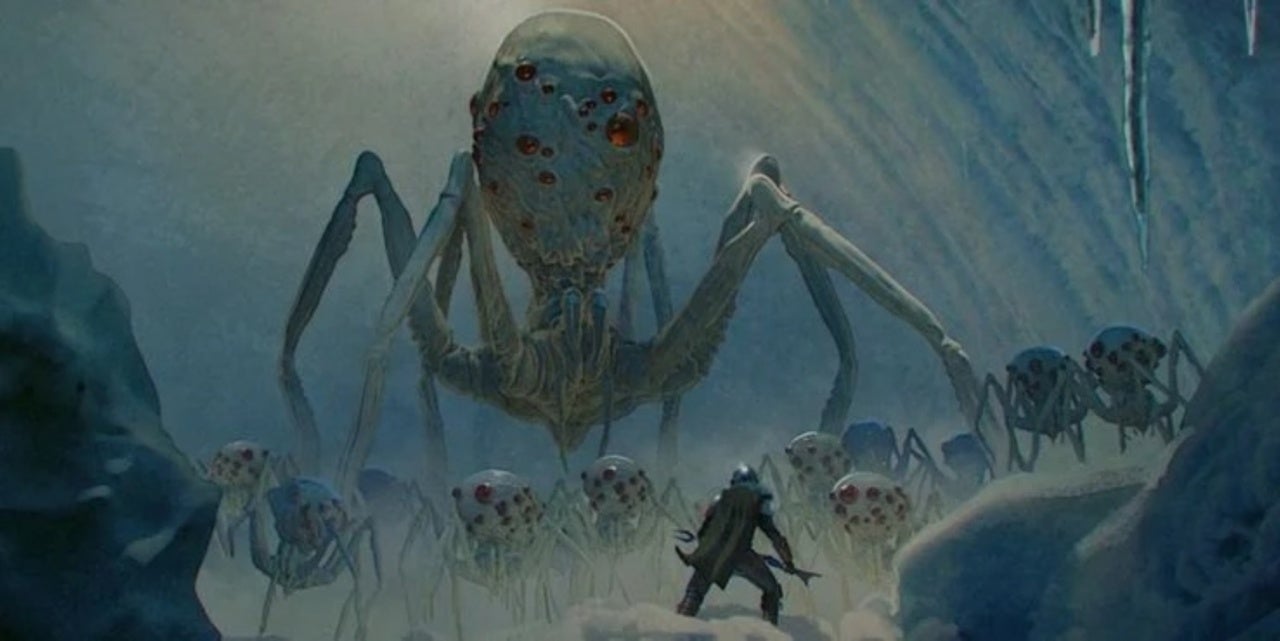 The Mandalorian is streaming now on Disney Plus.