The official trailer for Loki dropped this week and it was full of amazing shots, Marvel Easter eggs, and clues as to what is going to happen in the trickster god's show. 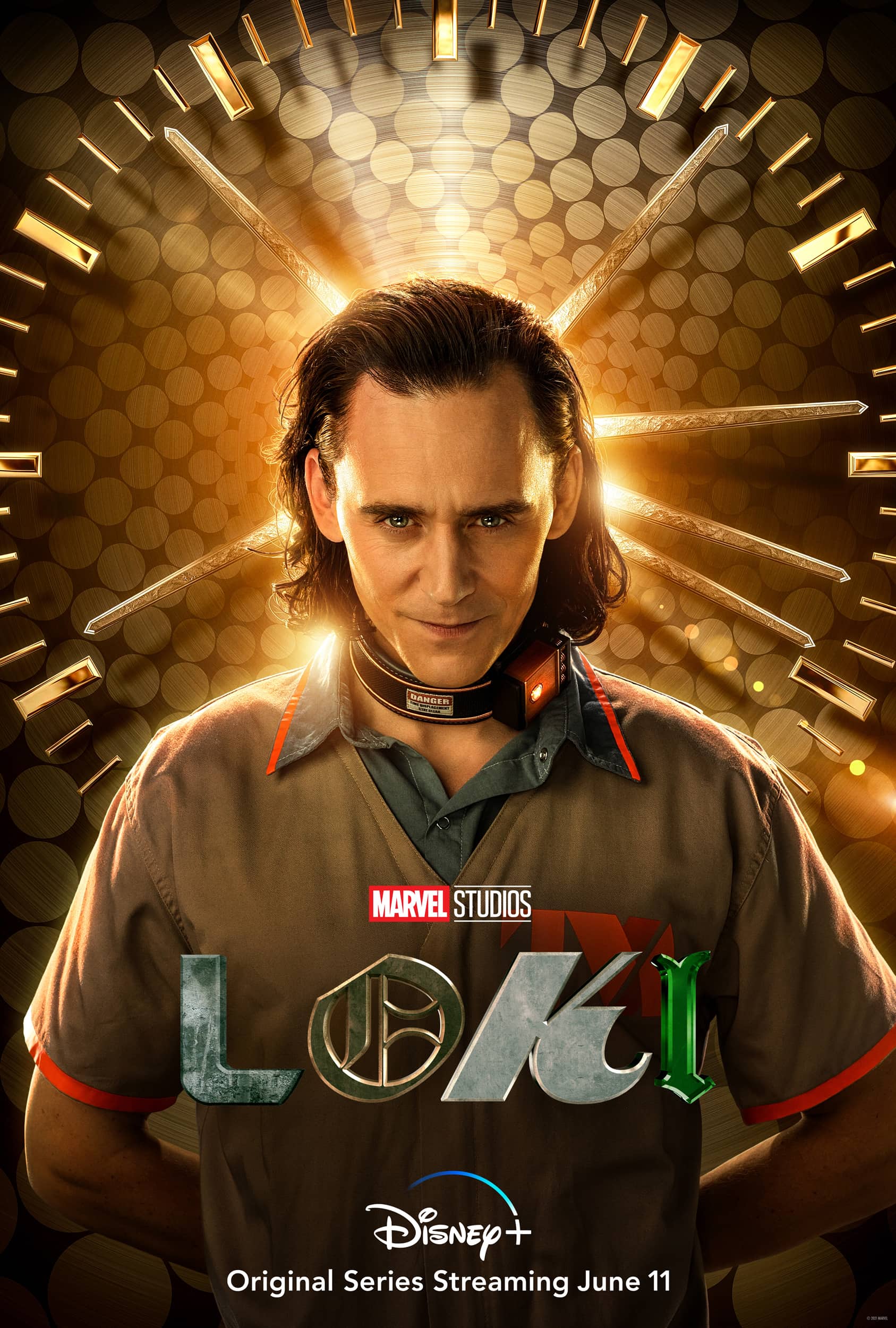 Loki Trailer 2 Breakdown: 10 Things You May Have Missed

When Loki took the tesseract in Avengers Endgame he not only created a branch reality but he also ends up being captured by The Time Variance Authority (TVA). The TVA is a massive bureaucracy that governs a significant number of realities in the multiverse. Essentially the TVA are timeline monitors whose job it is to maintain the timeline and seal off any branches created by beings like Loki.

It is interesting to note here that Loki definitely knows who they are which means the Asgardians have likely encountered them before.

A Skrull in the TVA and a Flerken

Loki is not the only prisoner/outsider in the TVA. A closer look reveals a Skrull who is either a prisoner or one of the Time-Keepers.

In the office of everything you have ever said there is an adorable cat or is that a Flerken? Sure it looks like a harmless kitty but the last time Fury thought that he lost an eye. I'm just going to assume all cats are Flerkens unless otherwise noted.

Gugu Mbatha-Raw is playing Judge Renslayer. In the comics Ravonna Renslayer is a 40th-century princess who caught the eye of time-traveling villain Kang the Conqueror. At first she hates him but then eventually loves him for reasons too long too write here. They both end up in Limbo (the comic version of the Quantum Realm) where Kang's kingdom is located.

With Kang confirmed for Ant-Man and the Wasp Quantumania it is likely we could see Renslayer return.

Behind Renslayer is a sculpture consisting of three heads. This may be a nod to The Living Tribunal, first mentioned in the MCU in Doctor Strange by Mordo. The Living Tribunal is one of cosmic beings in the comics who is responsible for maintaining the Multiverse.

It could also be homage to the Time Keepers in the comics, who were created by the last director of the TVA. They are the last three beings who exist in the remaining timeline in the universe.

Loki created multiple new branches in the timeline and now it's his job to fix it. Mobius (Owen Wilson) enlists Loki's help to seal the branches. Presumably there is a Loki variant at the heart of each timeline and who better to catch a Loki than Loki? Mobius even says he needs his “unique Loki perspective.”

Mobius is the senior manager of the TVA, so yes Loki he has all the authority over you. 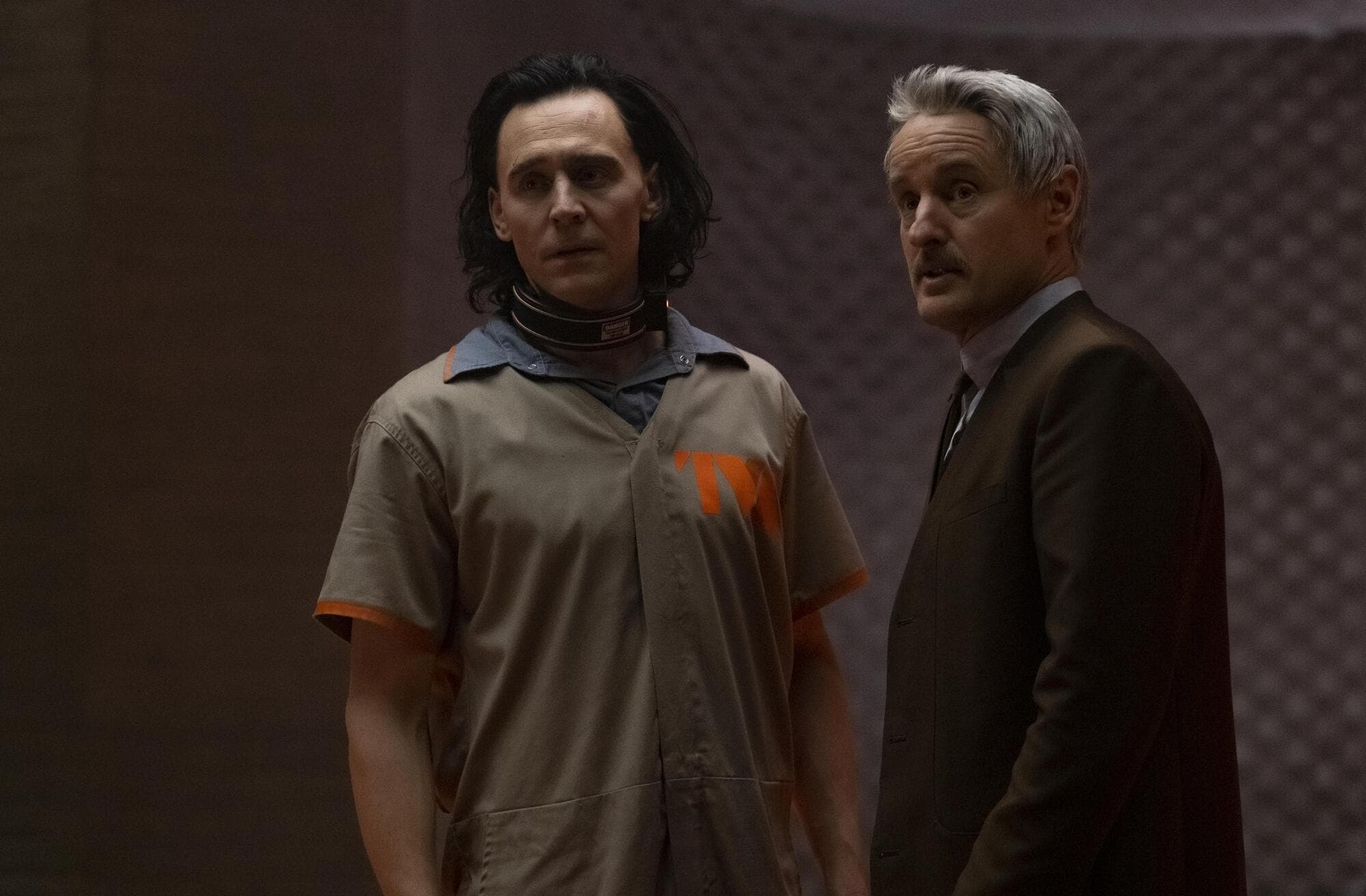 Speaking of Variant, Marvel comic fans like myself were excited to hear the term used. Obviously it is a play off the TVA's name but it also has other meanings. In comics there are Variant Covers, which are alternate covers for different comic stories. There are also Variants of the characters themselves. Like Lady Loki and Kid Loki who are both rumored to be in the show.

Variant: L1130 is printed at the top of the page. This could be the identifier for this particular Loki.

As I mentioned in my previous Loki trailer breakdown, Roxxcart is paying homage to Roxxon Corp, the sinister group that has shown up in everything from the comics to movies and old Marvel television shows like Agent Carter.

Another shot from the first trailer sees Loki in a ravaged New York City with the ruins of the Avengers Tower in the background. This could be a post Infinity War New York before the rebuilding began. Or it could possibly be an alternate reality. Remember when Thor said to him in the Avengers, “do you think this madness will end with your rule?” this could be the result of what happened if Loki had gotten his way.

Loki on the Asgard Throne

Another variant sees Loki on the throne of Asgard. In the main timeline this did happen albeit briefly but it didn't work out. It also served as a catalyst for this character development when he lost the throne. It appears that TVA Loki has shown up to confront King Loki.

Possibly my favorite Loki variant so far, President Loki straight from the 2016 comic books is seen again here. He also appears to be confronting scrappers from Sakaar, the planet Thor and Loki found themselves on after a disastrous run-in with big sis Hela. Did Loki stay on Sakaar and take over the planet? Or is he campaigning to take the Grandmaster's place?