Marvel Studios is king at laying Easter Eggs throughout their movies and Ant-Man and The Wasp is no exception. From the lab made of found objects to callbacks to previous Marvel films and comic books, I had a lot of fun trying to spot them all. Especially the sneaky ones that were blink and you miss them the first time around!

***Spoilers ahead if you haven't seen the film*** 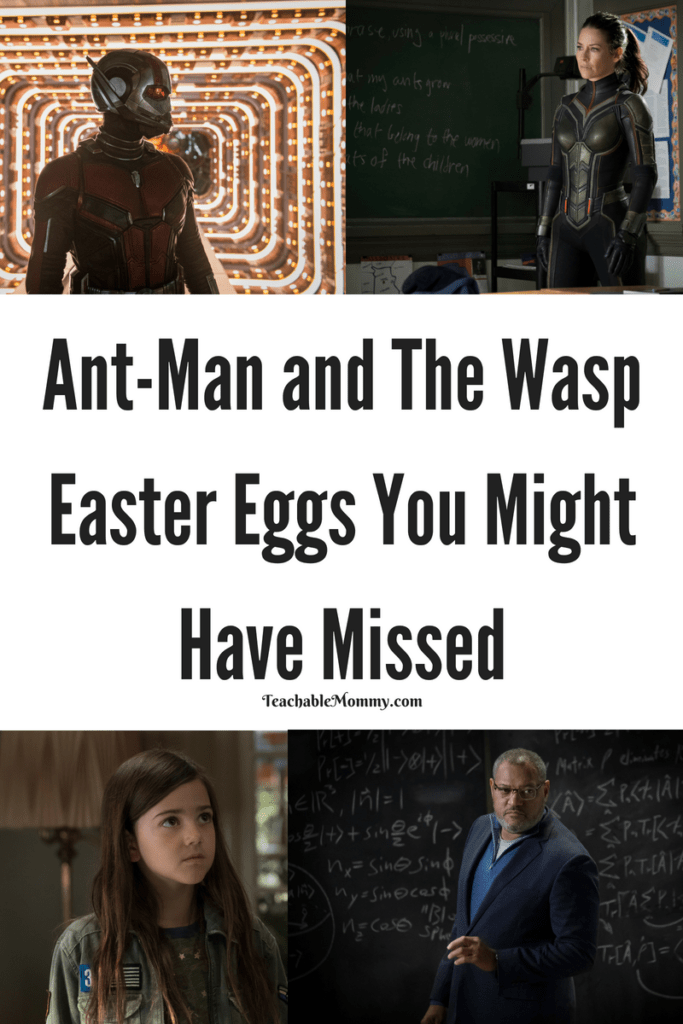 Throwbacks to the first Ant-Man Movie

Starts out with a S.H.I.E.L.D. flashback.

Trapped at the police station, Scott uses the ants to breakout Hope and Hank. Including ants on the camera and making the suits appear.

The Ant-tourage is back, helping Hank Pym in his hour of need again, and we got the van and the horn.

Scott hanging out in the bathtub, this time having a vision of Janet, and changing the course of his life. In the first film, he put on the Ant-Man suit and his life forever changed.

The beginning of the Quantum Realm and the cute but hungry mite looking thing. 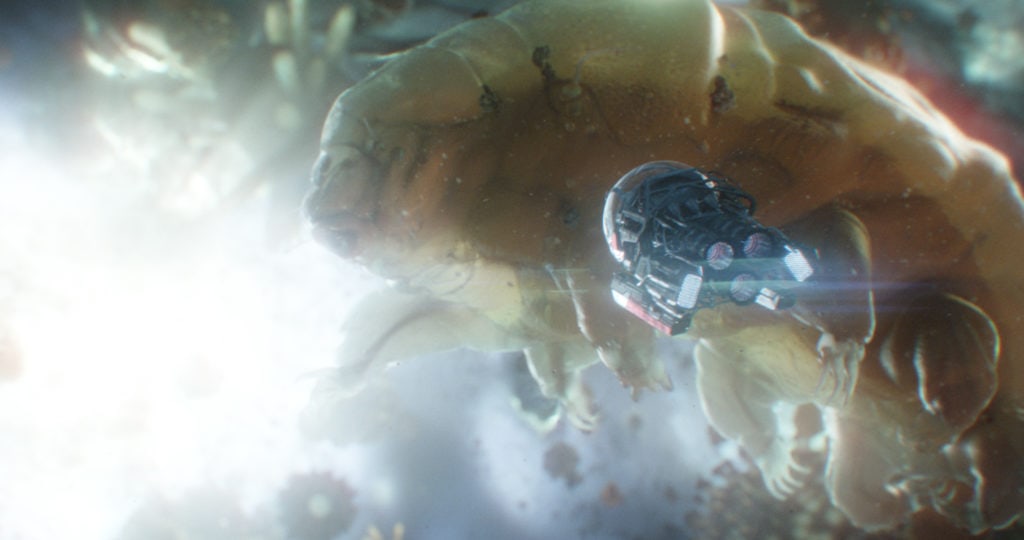 The Pym house. Turns out Hank had a plan to keep his home.

Although bigger, the ants were still helping build things for Hank, Hope, and Scott.

Scott has gotten the hang of flying on an ant, no more passing out! 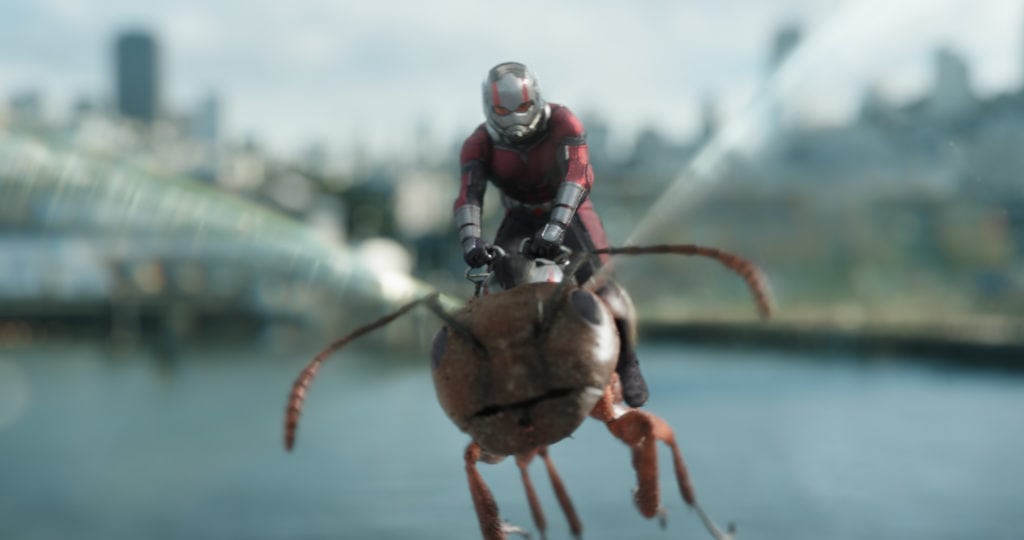 In order to get Scott out of the house, a Wasp stings him. I wonder if that felt better than the ant bite the security guard received at Pym Tech?

This sting knocked Scott out and he awoke to Hope being closely, just like he did before. Although this time there wasn't an army of ants guarding him.

Luis' first reaction to being tiny similar to Scott's. Freaking out followed by, this is awesome!

In fight scene at the restaurant, Hope uses her leg takedown move that she taught Scott.

Scott's spy game with Cassie in the beginning: they navigate tunnels, lasers, and use a contact lens to get to the prize. If that sounds familiar it is, Scott did similar things to steal the Yellow Jacket suit and Hank Pym's Ant-Man suit.

Hot Wheels Set: I couldn't tell 100% and the movie theater wouldn't pause for me, but I think the tank and some of that other cars from the first film are tucked neatly inside the carrying case.

You got Pezzed! I love how they use what they can get their hands on when fighting the bag guys, from salt shakers to Pez dispensers. It's like when Thomas the Tank Engine grew to gigantic Thomas and went through the window. 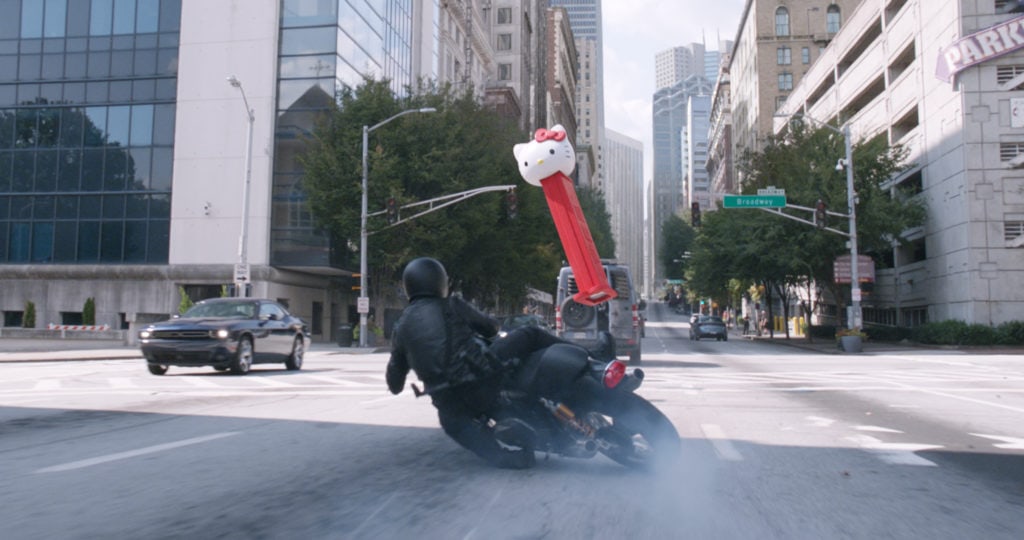 Elias Starr aka Egghead. Ava's father in the film, but in the comics he is hell-bent on taking down Ant-Man. He's also known as Professor Carl Striker, and a founder of the Masters of Evil. 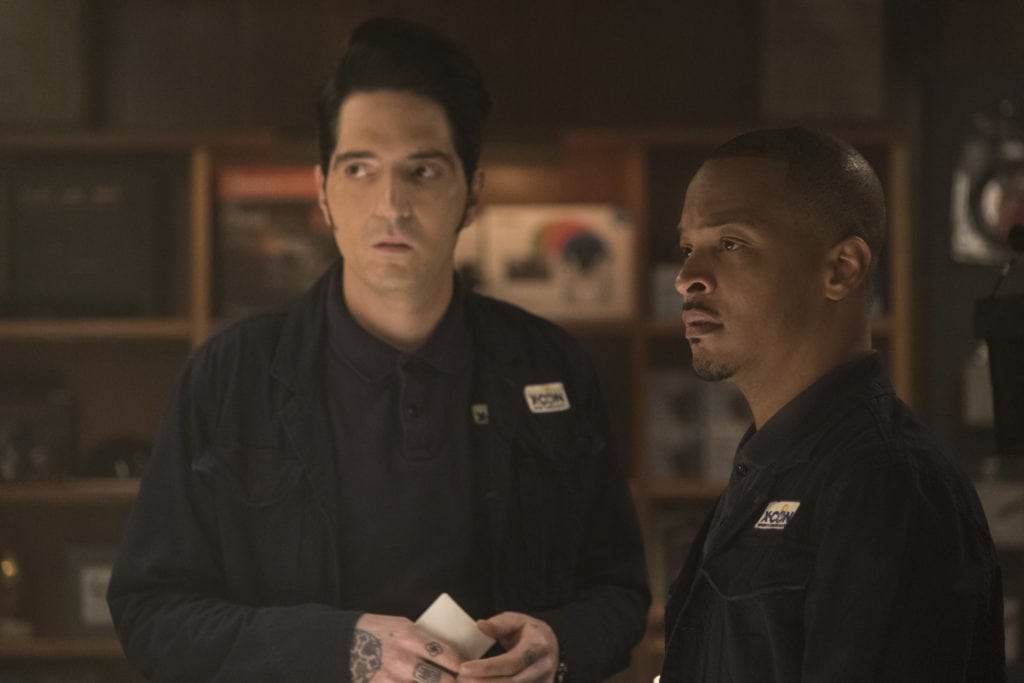 The Ant-Man Security solutions slogan is “Who knows how to not get your stuff stolen better than the guy who used to steal your stuff?”

X-Con Security Consultants is “We Got You Covered”

Masters of Evil: With the mention of Egghead and the fact that Zemo is still alive in a high max security prison, I wonder if that means they are setting up a Masters of Evil battle down the line.

Worked with hank on a project called Goliath. Bill is Goliath in the comics. 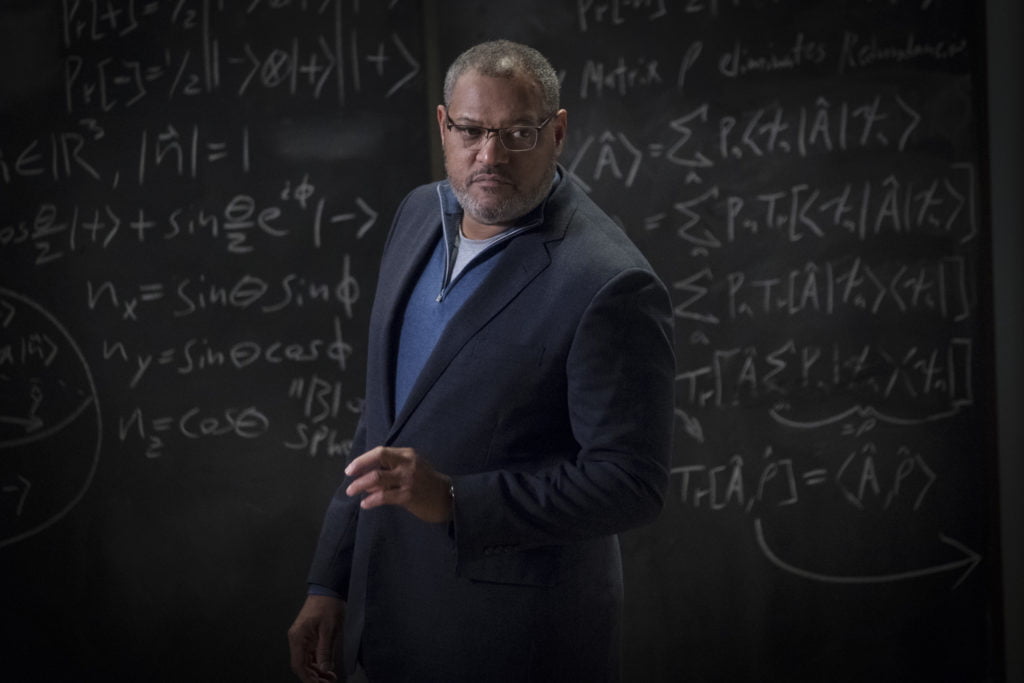 Matrix is written on the chalkboard behind Dr. Foster. We all remember Laurence as Morpheus right? Speaking of that, read what Laurence Fishburne says about what pill to take.

Luis wants a suit. Possible tie-in for Goliath to mentor him in the future and don the suit.

Camera Bellow (part for the tunnel) 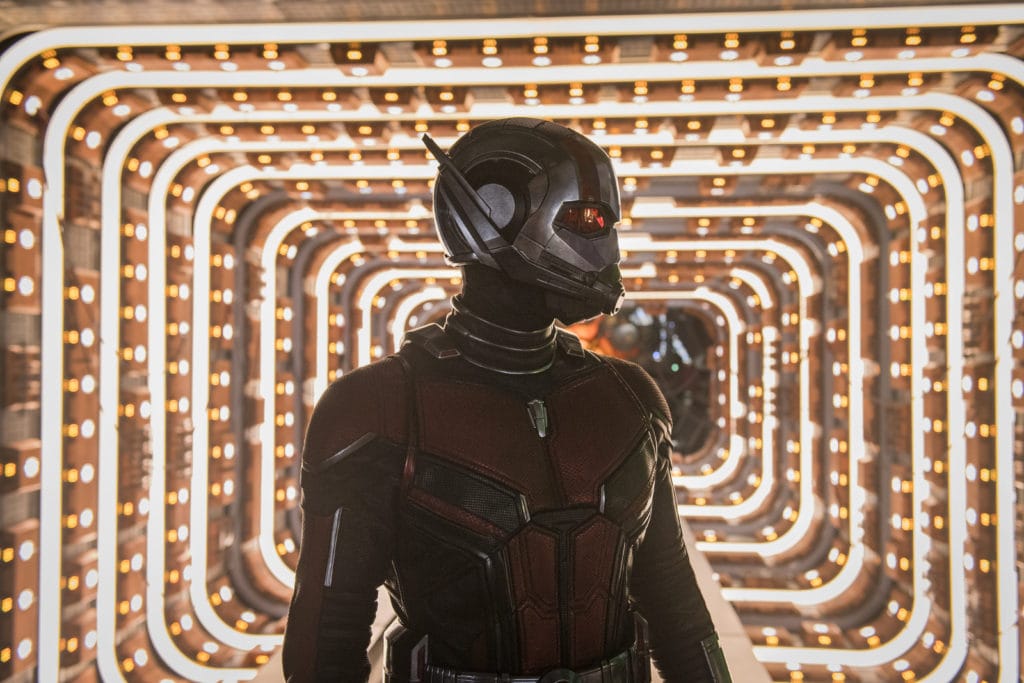 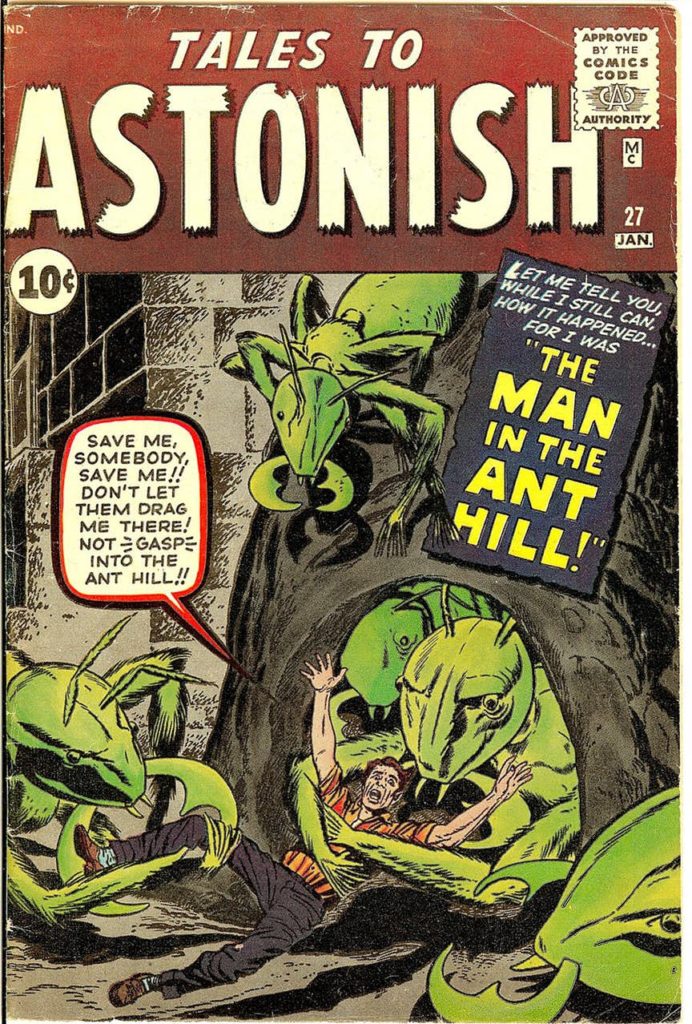 The Young Avengers: Cassie clearly wants to be a hero and even says she wants to be her father’s sidekick. With rumors that an older Cassie was being scouted for Avengers 4, she might very well get her wish. And I personally think the Young Avengers is where we are headed in the next phase of the MCU

Speaking of The Young Avengers, Cassie is seen wearing a green army type jacket with the number 3 and a star with stripes symbol that looks pretty close to Captain America's. We know Cassie is a Young Avenger eventually and the 3 could signify she is the 3rd “Ant” in the MCU: Hank is 1st, Scott 2nd, and Cassie 3rd. She is also references as “Ant-Girl” before settling on Stature. And maybe I'm reaching here but doesn't everything mean something in a Marvel film?! lol 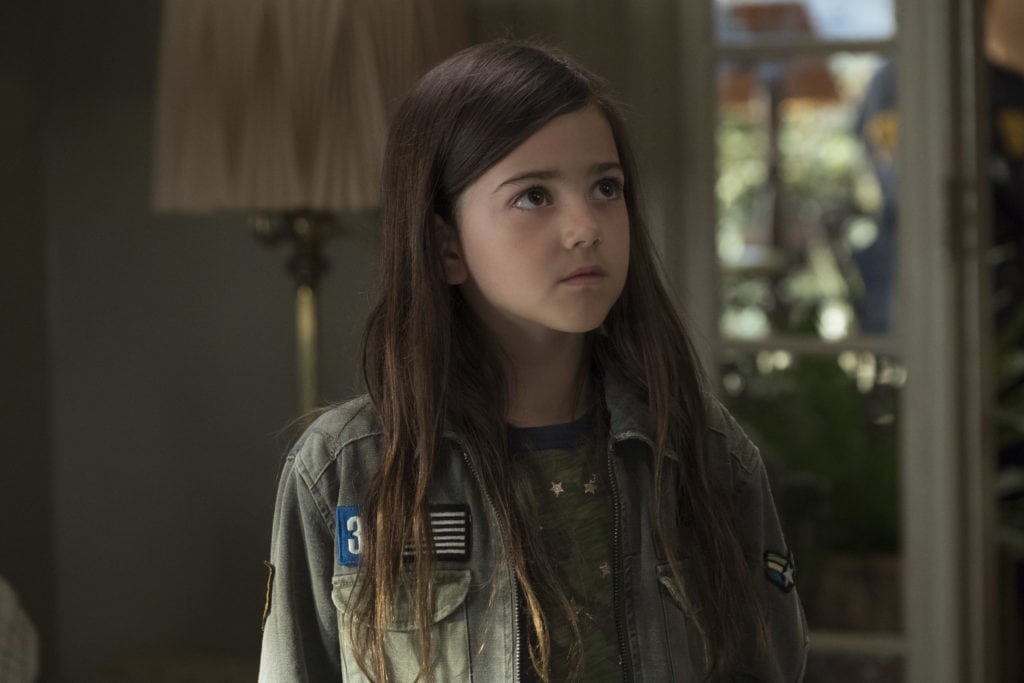 The Russian fairytale reference from Kurt is Baba Yaga. Baba Yaga is not only a real folktale but also a villain in the Marvel Comics, primarily in Captain Britain.

Nods to the Marvel Cinematic Universe

Captain America (Team Cap): talks about his time with Cap because that's what his friends call him. They disguise themselves with hats and sunglasses, like Steve and Sam. Agent Wu also explains the Sokovia Accords in the most complicated way possible to Cassie.

Because of Scott’s involvement with the fight, that is what put Hope and Hank on the radar of the government since they obviously refused to sign the accords.

Like he mentions in Civil War, he passes out as Giant-Man.

Scott uses a flip phone to call Hank and Hope. Maybe all of Team Cap got a hookup at the burner cell phone store?

Spider-Man Homecoming: Spidey had an issue with bad guys on the Staten Island Ferry and now Scott is looking for a bad guy on a ferry. 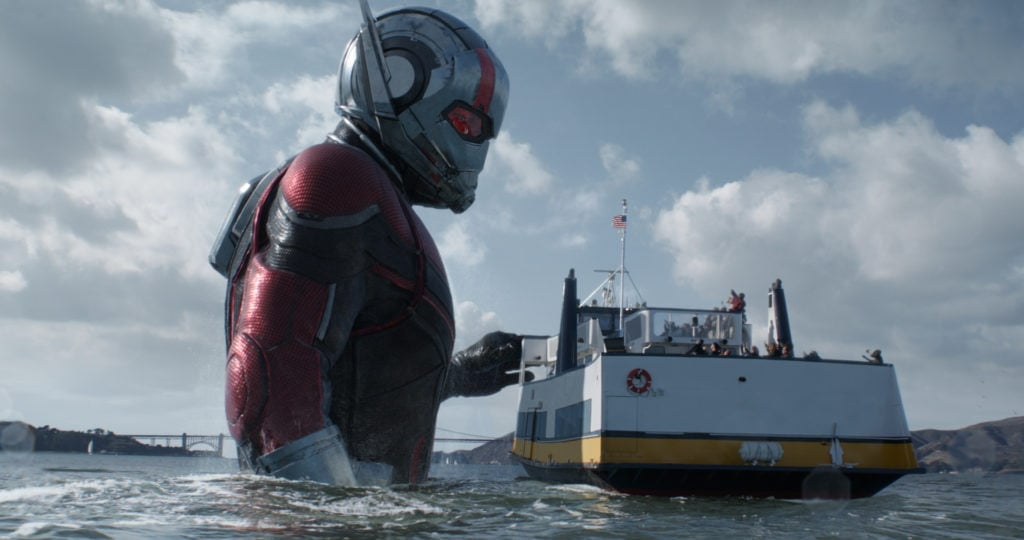 Ant-Man and The Wasp in Infinity War and Avengers 4

Mid-credit scene: Hope, Hank, and Janet turn to dust leaving Scott alone in the Quantum Realm. Now we now what happened to them after the big finger snap. My bet is Bill and Ghost are alive. And hopefully Luis too because someone needs to share this story.

For more info on how this ties into Avengers 4: Ant-Man and The Wasp Post Credit Scene Explained

Ant-Man and The Wasp Will Return? The period changes to a question mark leaving us all to wonder what is going to happen in Avengers 4.

Sonny Burch, originally an Iron Man comic villain, is the new head of Cross Industries. Like Darren, he wants to get his hands on Pym Tech no matter what the cost. He also apparently commits really nasty health code violations at his restaurants. Gross. 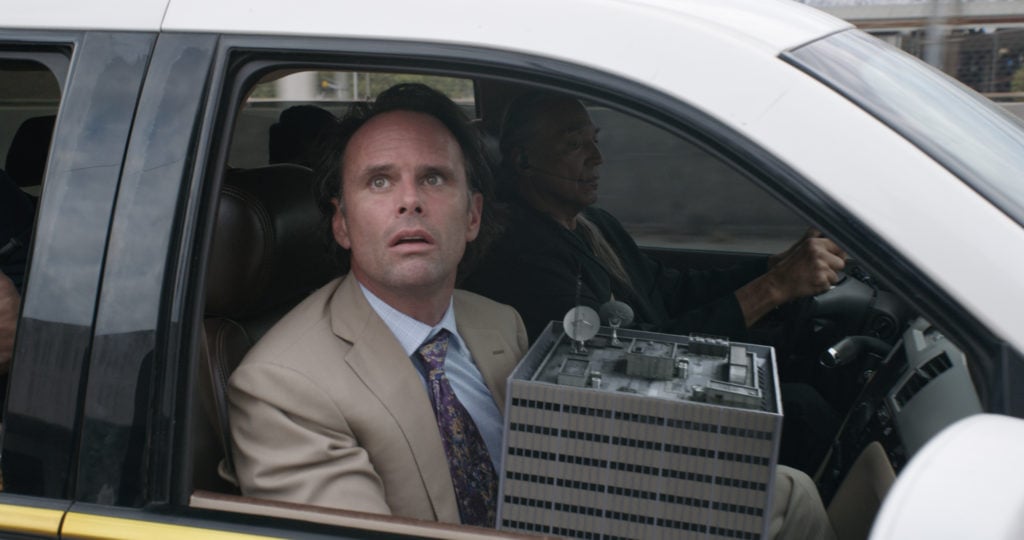 Iron Man 2 actually contains an Easter Egg for Ant-Mand and The Wasp. Tony Stark says to Jarvis: “Get me everything from projects: Pegasus, Exodus, and Goliath.”

Someone call Spider-Man and tell him we have a pop culture reference. The classic 90s Budweiser commercial, “Whasssup?” C'mon you know you remember that one!

In Cassie's classroom the chalkboard says “The flowers that my ants grow.” I wonder which student used that as an example? 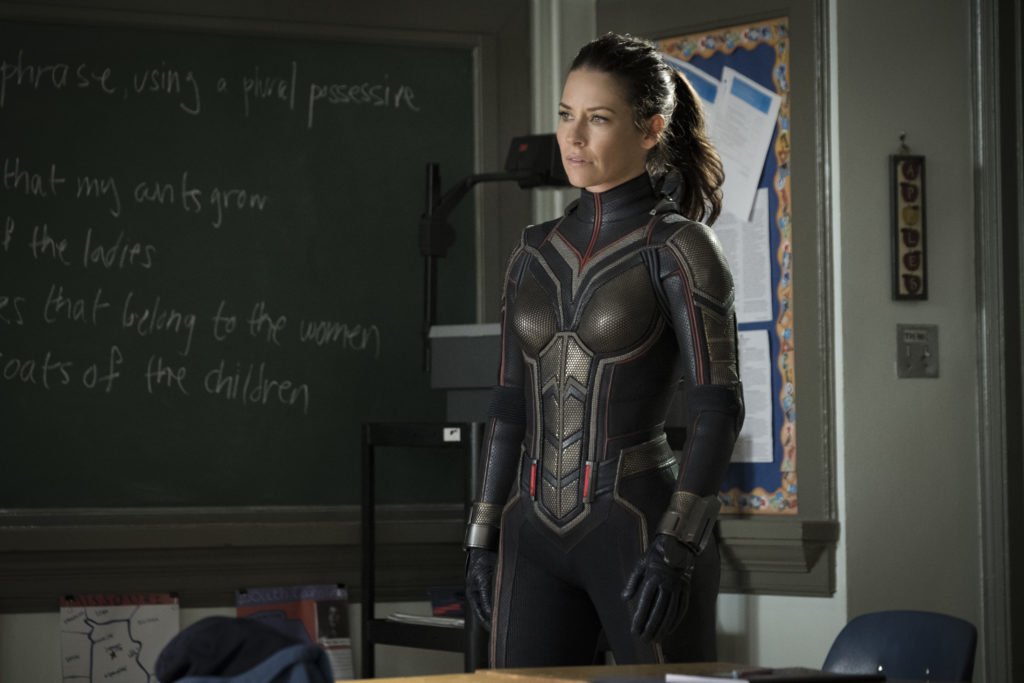 World's Greatest Grandma Trophy, like the ugly rabbit doll, is quirky but perfect for Scott and Cassie.

In Ghost's house, it looks like a Darth Vader statue/mug is sitting on the counter. Maybe she feels a lot like Vader. She is in pain, needs her suit to survive, is misunderstood, and in the end redeemable.

Ghost was originally a male, Iron Man villain. When Hank first encounters Ghost, he calls her a him.

TFW your dole whip doesn’t melt because the temp 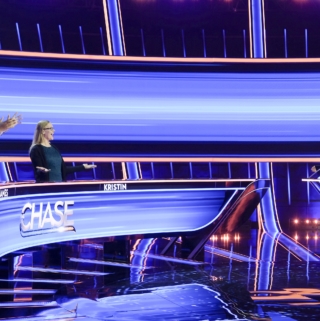 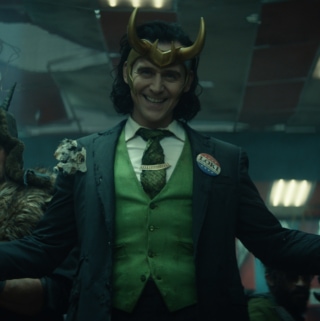