Last week, Loki discovered that the variant is Lady Loki also known as Sylvie Laufeydottir, the daughter of Laufey. She sent reset charges to various times and places before disappearing through a door. Loki followed He finds out her plan but he has his own. Loki episode 3 upped the stakes again, so let's find the easter eggs and get into this breakdown.

Spoilers ahead if you haven't watched Loki episode 3 “Lamentis.” 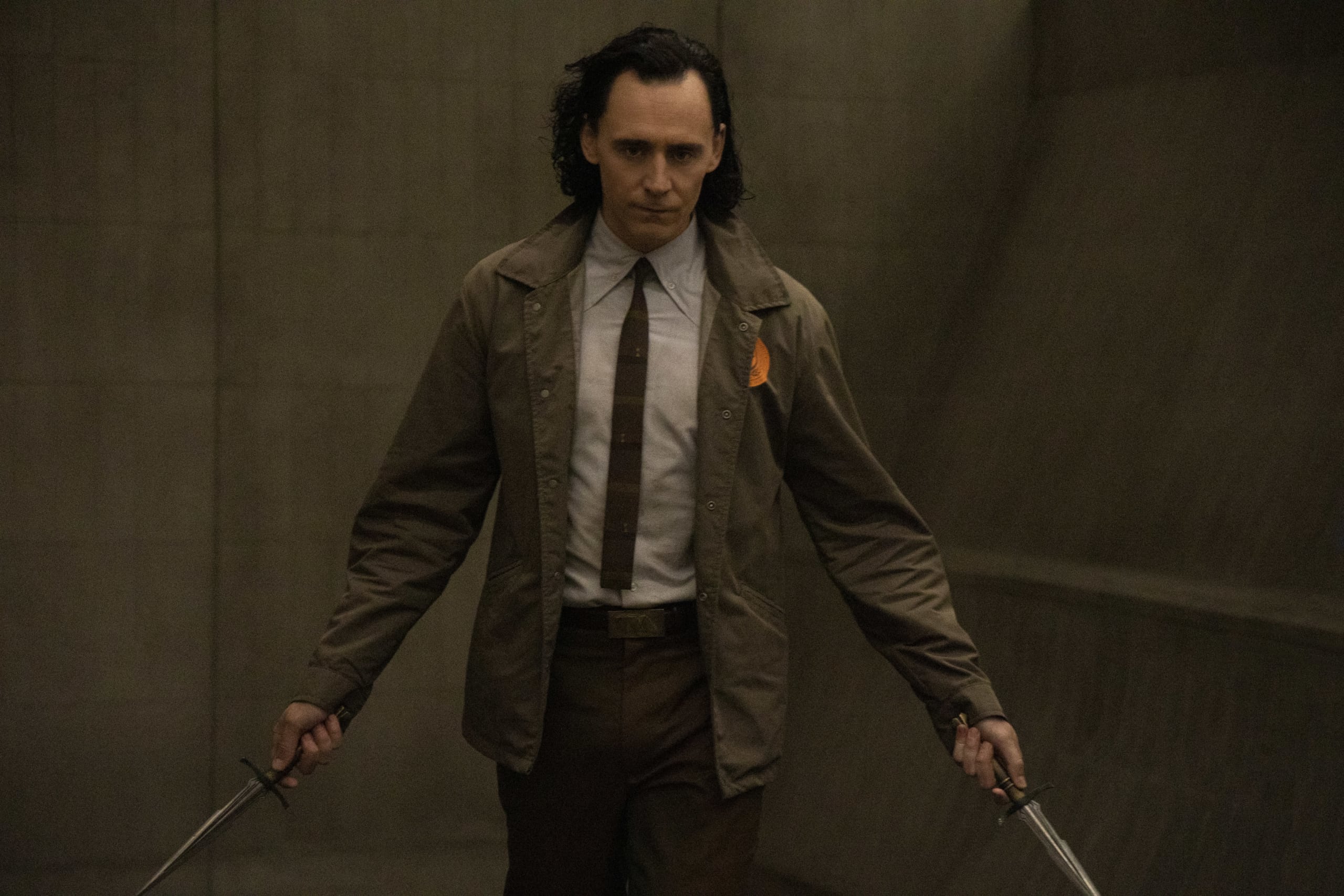 This week starts with a flashback to Hunter C-20 (the hostage from last week) and Lady Loki drinking margaritas like two best friends. But they aren't just there to get a buzz. Sylvie (Lady Loki) wants answers. She asks about the Time Keepers: How many people are guarding the Time Keepers?

C-20 seems confused. She knows the restaurant but does not remember Sylvia. It all ends up being a trick. Sylvie is using her mind manipulation powers to convince C-20 they are in the restaurant and are old friends. They are actually in the Roxxcart store and Loki has just arrived with the TVA.

Before they are interrupted, Hunter C-20 revealed the elevators are gold. It turns out that the door Sylvie opened at the end of episode 2 was to the TVA itself. Loki soon shows up.

She tries to control the Minute Men in the hallway and realizes her powers don't work.

Loki tracks Lady Loki through the building, but not before he grabs his weapons out of the lockers.

He finds her and they face off. She says you're in my way and he replies you are my way. He wants to work together but she is not willing.

Renslayer finds them fighting in front of the gold elevators that lead to the Time Keepers. Lady Loki attempts to use Loki as a bargaining chip but Renslayer doesn't care about him. Loki swipes the TVA TemPad from Lady Loki and they escape.

When Sylvie attempts to use the device to get rid of Loki, calling him a Variant, she finds out it has a low battery and won't work. But Loki's magic does work.

He has taken them to Lamentis-1 2077. Lamentis is in an outworld of Kree space. They are on the moon of the planet which is about to be destroyed.

They run into an abandoned mining shack and Lady Loki tries to enchant Loki. It doesn't work. He suggests they form a truce instead.

Bickering like siblings, Loki calls her a Variant. She replies don't call me that. He refuses to call her Loki and she says that's not who I am anymore. I'm Sylvie now.

What makes a Loki a Loki? Independence, authority, style.

He scoffs at her plan to tear down the TVA, create the ultimate vacuum, and then walk away. She shrugs.

Sylvie screams and lets out a power surge which is similar to Loki's in Thor Dark World when he finds out his mother is dead.

Loki clearly isn't tech savvy but he is also not foolish enough to turn over the TemPad to Sylvie. They finally find an old house that could have enough power to charge the device. However it is occupied by a tough old woman. She blasts Sylvie off her porch. Loki attempts to trick her by appearing as her late husband Patrice. But it doesn't work.

She calls them both devils. In episode 1 the child points to the stained glass image of the devil when explaining who hurt the Minute Men to Mobius. But she does help them by telling them about The Ark, the evacuation vessel on the edge of town.

Loki disguises himself has a guard to get them onboard the train that will take them to the ark. Sylvie uses her enchantment to help as well when they don't have a ticket. This is very Indiana Jones and The Last Crusade, tickets!

The way the classes are divided (and left behind) is reminiscent of Snowpiercer.

Sylvie sees that Loki cares for his mother and gets him to open up about her. He tells her she was a Queen of Asgard, a good, purely decent woman. Sylvie says she was adopted too but doesn't remember her mother.

On the subject of love, Sylvie jokes she has a postman waiting for her. She asks Loki if he has a would- be princess or prince waiting for him. He replies a bit of both.

Loki advises they rest. Sylvie wakes up to hear him singing a song in both Asgardian and English “when she sings she sings come home.” He is no longer wearing the guard uniform.

After drinking more champagne, Loki throws the glass down shouting “another!” This is a nod to when Thor did the same thing with coffee in Thor.

Drunk Loki says Love is a Dagger, but fails to make it make sense. His metaphors continue to not land properly.

The guards suspect him however and he and Sylvie end up fighting them. Even drunk Loki can still fight well until he is thrown out of the train. Sylvie follows and then find out the TemPad is broken. Or maybe this is all an elaborate illusion. After all how does something break that was sent away by magic to a pocket dimension?

Sylvie explains how enchantment works and reveals that the mind of Hunter C-20 was messed up, memories clouded. The memory she pulled of the restaurant was something she found from hundreds of years ago, before she fought for the TVA. This proves that the TVA is lying. The Time Keepers didn't create everyone in it.

The TVA is made up of Variants.

They fight their way to the ark but it is destroyed before it can take off, leaving them trapped in an apocalypse. Loki saved them from a tower falling either by telekinesis or the Time Stone. 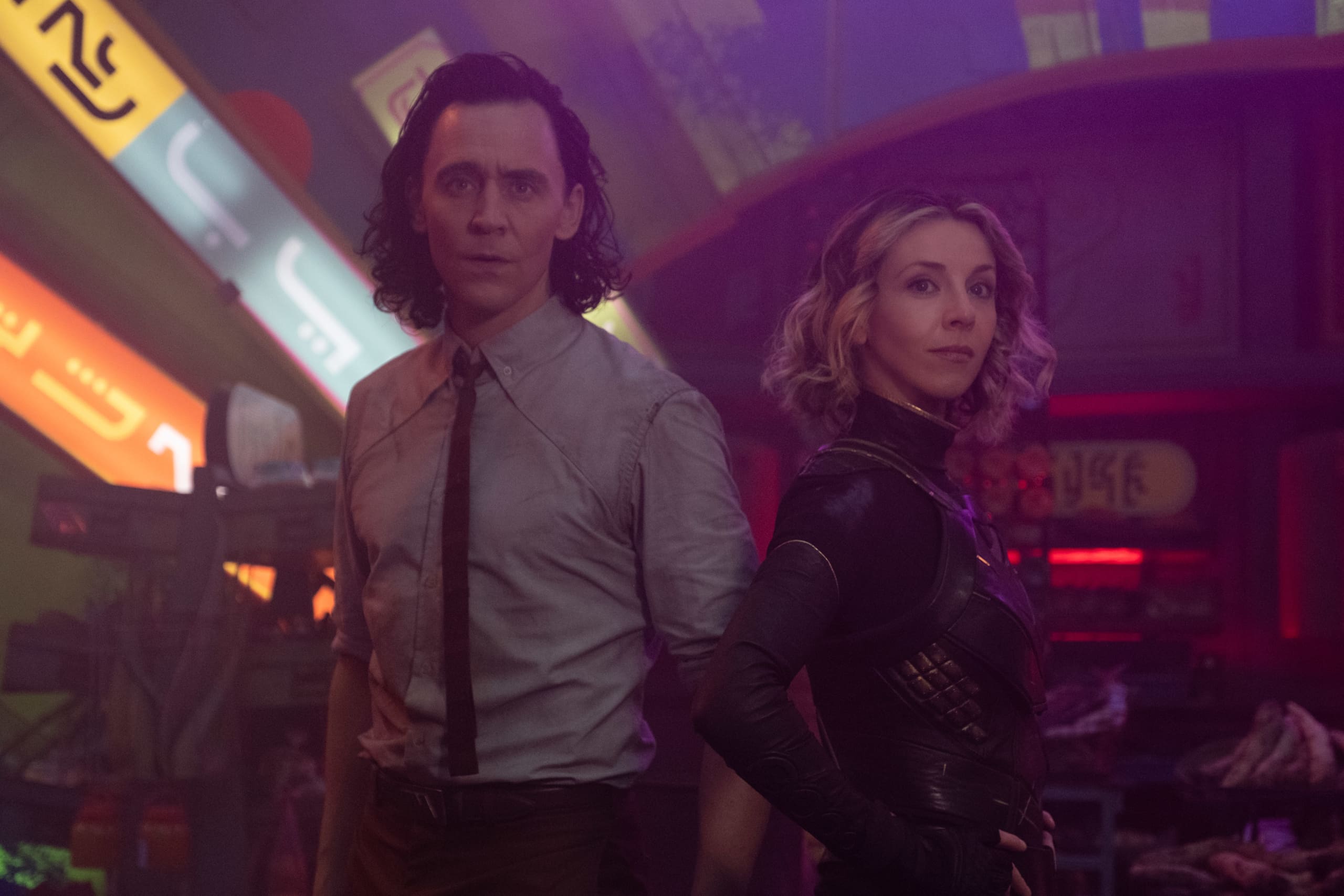 125 shares
Previous Post: « All The Pixar Luca Easter Eggs You May Have Missed
Next Post: Pixar Luca Free Printable Activities »