Andor Episode 6, it's time for the group on Aldhani to break in and steal the payroll. Things are looking good until they aren't and it's a fight to the death to escape the planet with the money. Let's get into this Andor episode 6 Easter eggs and breakdown.

Spoilers ahead if you have not watched Andor episode 6.

Cassian and the others are waiting on the hilltop near the garrison. Nemik is nervous. Meanwhile the Empire gloats over what they have done to the Aldhani people and how they plan to build a new facility.

Colonel Petigar is the engineer from Coruscant that they have been talking about in the last several episodes.

Andor learns that Taramyn was a Stormtrooper.

The guys change into their Imperial uniforms and fall in to escort the Aldhani people to the festival. Meanwhile Cinta and Vel prepare for their part in the attack from the valley.

Jayhold (the commander of Aldhani), Roboda (his wife), and Leonart (their son) are getting ready for The Eye. They all need the night to go well because they want off this planet.

As everyone gets into place, it is clear that the Aldhani pilgrims are not as docile as the Empire thinks. They burn the gift that was presented to them by Commandant Jayhold. 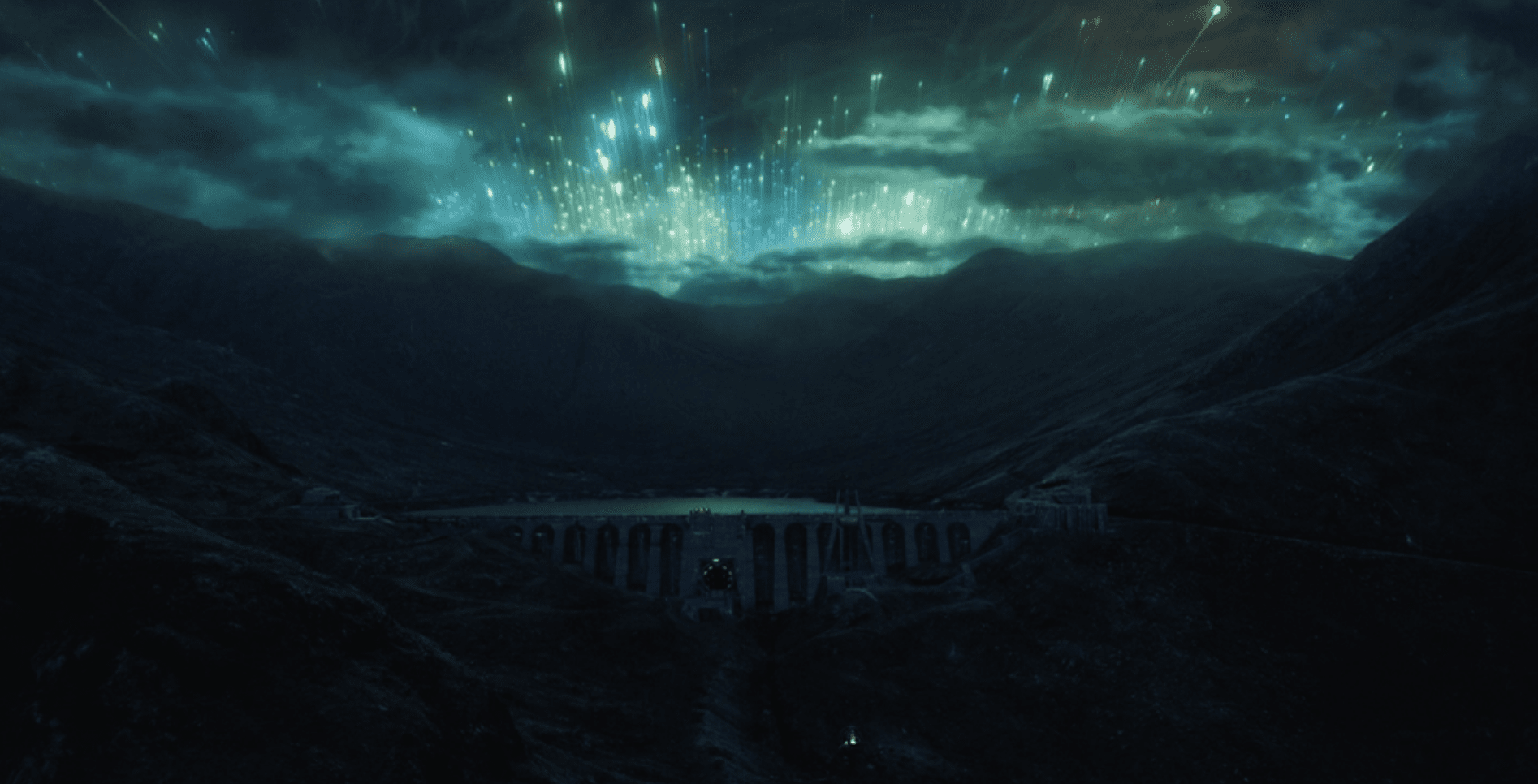 Vel and Cinta meet up with Skeen, Nemik, Taramyn, and Cassian inside the base.

They hurry to empty the vault. Kimzi intercepted their transmission and headed to the vault with a few other soldiers.

The Alkenzi Airbase is alerted to the issue at the vault. Klaxon Alarms sound as they prepare to defend the vault. Tie Pilots load up.

Kimzi has discovered what is actually happening in the vault. A shootout occurs with many casualties. Taramyn is killed. On the ship, Nemik is badly injured after being crushed by some of the payroll. Vel gives him a medicine boost to help stabilize him so he can navigate them out of The Eye.

Andor, Vel, Skeen, and Nemik escape through The Eye while the Tie Fighters are destroyed. Cinta is left on Aldhani.

Nemik is dying and Vel wants to leave him, but Skeen tells Cassian there is a doctor they could take him to. Having a doctor was built into the Contingency plan.

They take Nemik to Dr. Quadpaw (played by Aiden Cook). Unfortunately, he cannot save Nemik's life.

Skeen reveals to Clem that he is willing to kill Vel and split the money 50/50. He isn't interested in the Rebellion as much as he is interested in himself. He also tells Clem the story about his brother was a lie. Cassian kills Skeen.

Cassian tells Vel of Skeen's plans but she is skeptical. He then buys Quadpaw's ship, takes his part of the money, and leaves. Before he leaves, he gives Vel the Kyber Crystal to give back to Luthen when she sees him. Vel gives him Nemik's Manifesto.

On Coruscant at the ISB Offices, Meero is called into a meeting by Major Partagaz. He wants every Star Sector and Planetary Emergency Retaliation Plan ready for presentation.

Mon Mothma is addressing The Senate. She is discussing the Ghorman situation first talked about in Episode 4. She notices no one is paying attention to her and sees the news about Aldhani.

Luthen Rael is in his shop showing off pieces to another client. The woman is looking at something that is described as a Devaron blue. Devaron is a planet, first seen in The Clone Wars, that is home to a people who are great space travelers.

Another man in the shop asks if Luthen has anything from Aldhani, since there was a big Rebel attack last night. Luthen (in the back) exhales, relieved the attack happened.

Episodes 1-6 of Andor are now streaming on Disney+.