Last week on Falcon and The Winter Soldier Sam and Bucky were dealing with their new realities in a post Blip world. Sam surrendered the shield to the Smithsonian only to have the government turn around and give it to someone unworthy to carry it. In “The Star-Spangled Man,” we see US Agent John Walker continue to tarnish the legacy while Sam and Bucky team up to take on the Flag-Smashers. Let's breakdown the episode 2 of Falcon and Winter Soldier.

Spoilers ahead if you haven't watched Falcon and Winter Soldier episode 2. 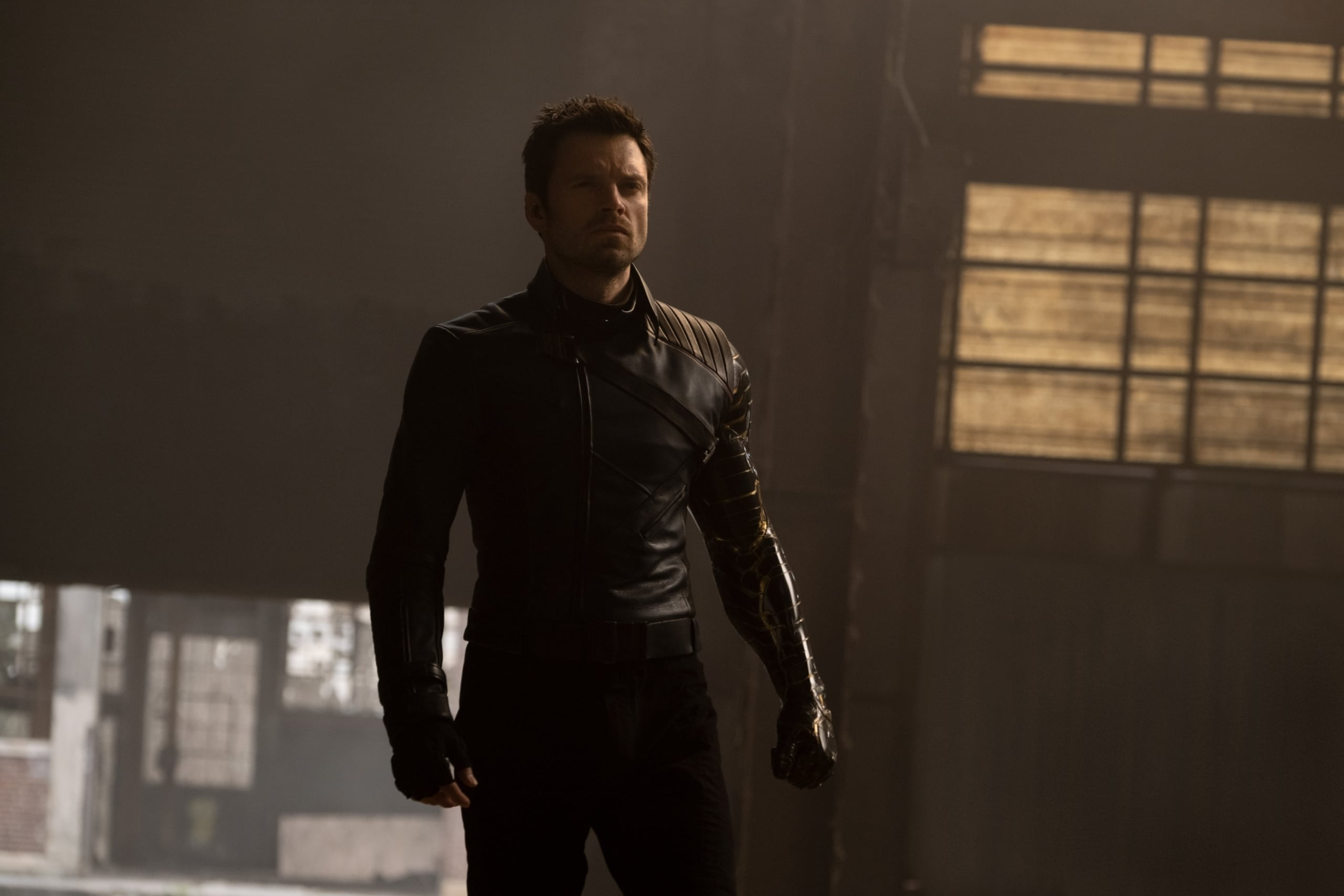 John Walker in the locker room reliving his glory days. “I've been a captain before.”

The Marvel Studios logo plays over a band version of “Star Spangled Man” from the “Captain America” rally. And while Steve Rogers hated the circus of it, Walker seems to love it.

On the football field he is taking selfies and signing autographs. Then he is interviewed by Sara Haines from Good Morning America. She goes through his accolades during his time in the military.

Bucky and Sam are both angry about the stage show. Bucky shows up at the military hanger to go with Sam on his mission to confront the Flag-Smashers in Munich Germany.

According to Sam, the bad guy is always one of the big three: aliens, androids, or wizards.

On the plane the guys have staring contest number one.

Sam tries to call Bucky “Buck”. He is told that only Steve can call him that because Steve knew him longer. Does this mean Steve is no longer alive? Or do they really have not contact with him anymore?

Bucky jumps out of the plane like Captain America in The Winter Soldier. However Steve landed in the water while Bucky crashed through the trees.

Sam calls Bucky the white panther after his time in Wakanda, but Bucky says it's actually the White Wolf. At the end of Black Panther the children called him the White Wolf. In the comics the White Wolf was adopted by the Wakanda's King T'Chaka. In the comics he ends up turning on the country he loves but in the MCU Bucky holds a deep love for Wakanda and I doubt he would turn on them.

Bucky learns that the Flag-Smashers are stealing vaccines to help those in refugee camps.

After fighting the Flag-Smashers on the highway, Bucky realizes that their super strength comes from Super Soldier Serum.

Walker and Hoskins show up to help and try to get Sam and Bucky to team up with them. Just because you carry the shield doesn't make you Captain America. Walker boasts he has also jumped on a grenade but with a specialized helmet.

Captain America's theme can be heard playing in this scene.

They were able to find them by tracking Sam through Redwing. Smugly Walker reminds him it's not hacking his tech since it's owned by the government.

Lemar Hoskins reveals himself to be Battlestar. This is an alias of Hoskins' in the comics. Both Lemar and John Walker had ties to the Power Brokers which is from whom they got their enhanced powers.

Just like Agatha in WandaVision, neither Hoskins or Walker seem all that surprised to learn there are more super soldiers, 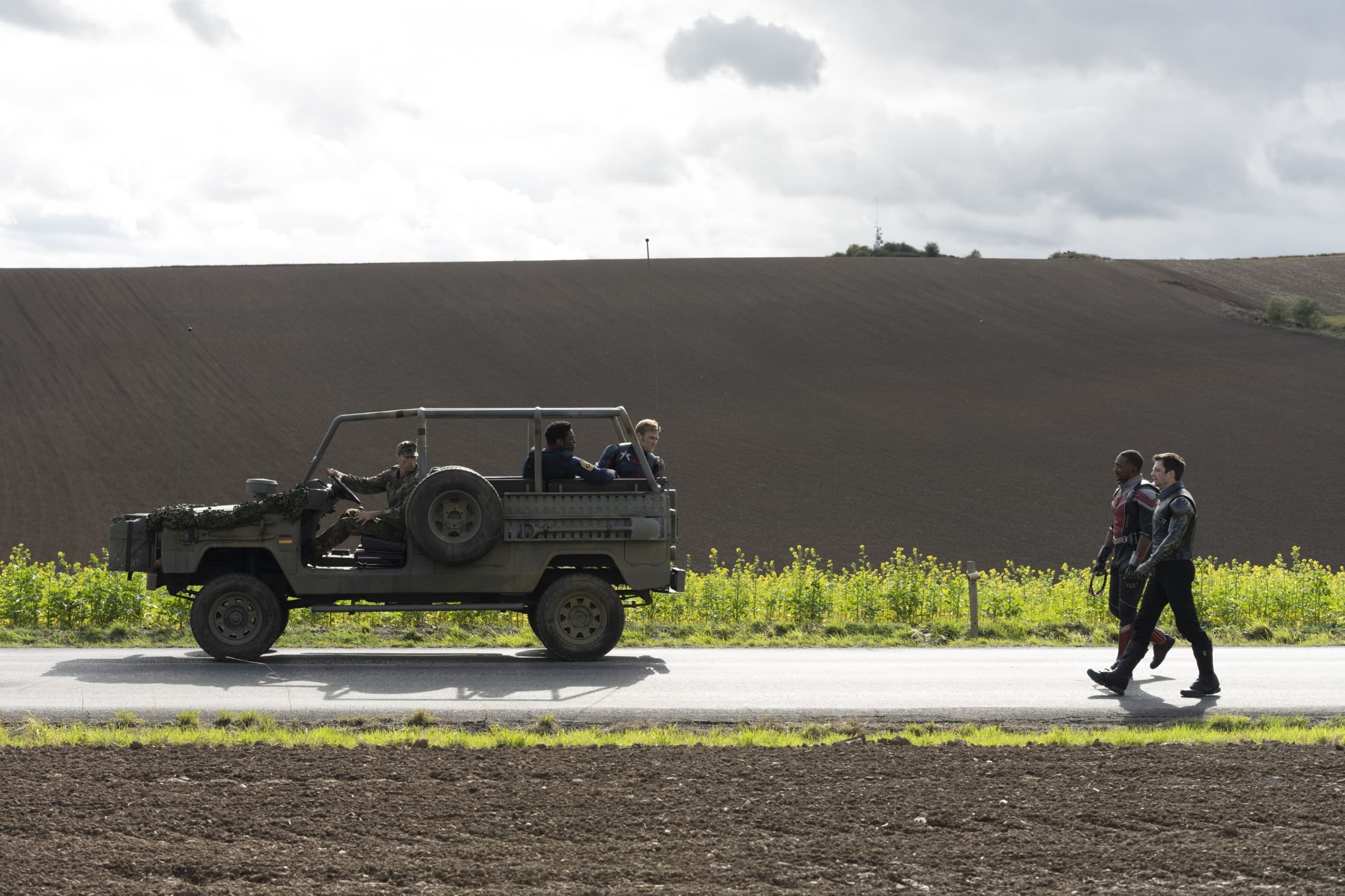 Karli Morgenthau receives a text promising to kill her for what she stole. This is likely the Power Brokers who want their technology back, the same tech Karli stole that made these Flag-Smashers into super soldiers.

One of the Flag Smashers is named Lennox. In the comics Hector Lennox has ties to John Walker and the Power Brokers.

Bucky wants to steal the shield back. Sam reminds him what happened the last time they did that with a mention of Sharon Carter who will appear in the series.

Baltimore Maryland to see Isaiah Bradley. Isaiah Bradley was the Black Captain America. He was one of 300 African-American soldiers used in the experiments of Project Rebirth. It was an attempt by the government to recreate the Super Soldier Serum.

The younger man who let them in the house is Eli Bradley aka Patriot, a Young Avenger. With other Young Avengers already in the MCU this could mean we will finally see a show or film in Phase 4 or Phase 5.

Sam is accosted by the police for being black until they realize who he is. Bucky is arrested for missing his court mandated therapy.

Bucky is released after John Walker intervenes and continues to be a jerk. He warns Sam and Bucky to stay out of his way.

Sam and Bucky do a couple therapy session where the real issue comes to light. Bucky is mad Sam gave up the shield and that if Steve was wrong about Sam deserving it then he was also wrong about Buck. Sam argues back that neither of them understands why he did what he did.

In Bratislava Slovakia the Power Brokers have caught up with Karli and the Flag-Smashers.

Bucky knows they need answers about the serum and that the only one who knows things about Hydra is Baron Helmut Zemo. Sam doesn't like the plan but realizes it's their only option.

Zemo is still locked up in the Joint Counter Terrorist Centre in Berlin Germany. A chessboard is shown alluding to the fact that Zemo is a master tactician and will have Bucky and Sam play into his hand.