Welcome to the egg hunting jam. Space Jam A New Legacy is packed with Easter Eggs, cameos, and callbacks. It kinda reminded me of the Oh My Disney scene in Ralph Breaks the Internet except you know Warner Bros and DC Comic properties. I loved looking for all the hidden and not so hidden gems in this one. Some were even a blink and you miss it. Read on for all the Space Jam A New Legacy Easter eggs you may have missed. 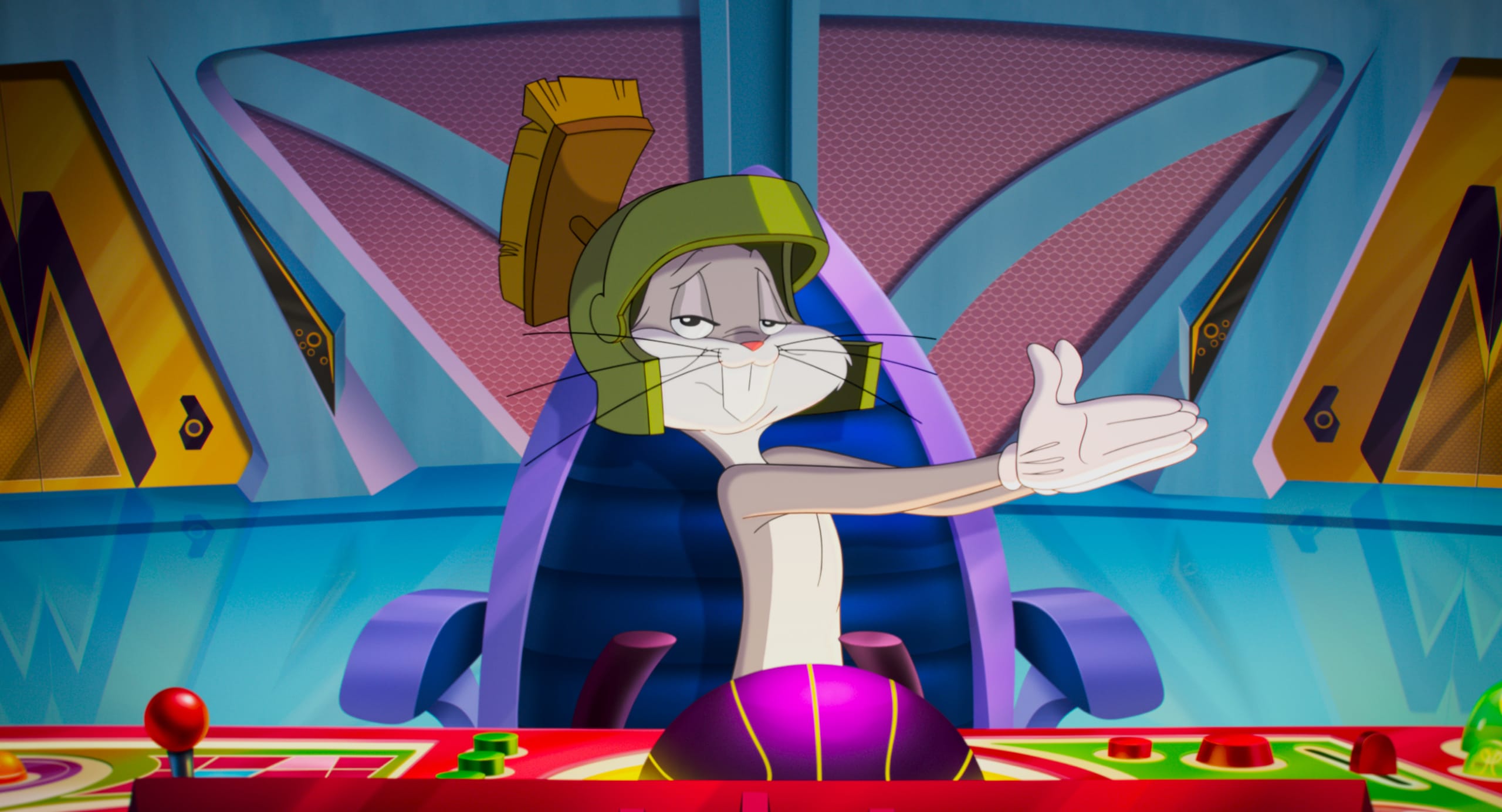 Space Jam A New Legacy starts the same way as Space Jam. It shows a young, future NBA star getting a pep talk from an older and wiser male figure. Unlike Michael who kept making his shots, LeBron missed the game winning shot. However both go on to be superstars and we get to see highlight reels from LeBron's NBA career during the opening credits.

Before LeBron is shown growing up, as a kid he had a Looney Tunes backpack and was playing a Bugs Bunny handheld game.

Inside the Warner Bros studio there are Scoob and Teen Titans posters.

In the meeting room you can see an Animanaics Dot Statue and a Batman Statue. There are also Game of Thrones and Harry Potter items as well.

Ballplayers acting is a bad idea, LeBron tells the Warner Bros execs. This is one of the instances where Space Jam makes fun of itself and the original.

Al-G Rhythm references the Wizard of Oz calling himself the Great and Powerful.

Before LeBron is sucked into the Serververse, he says what in The Matrix hell? 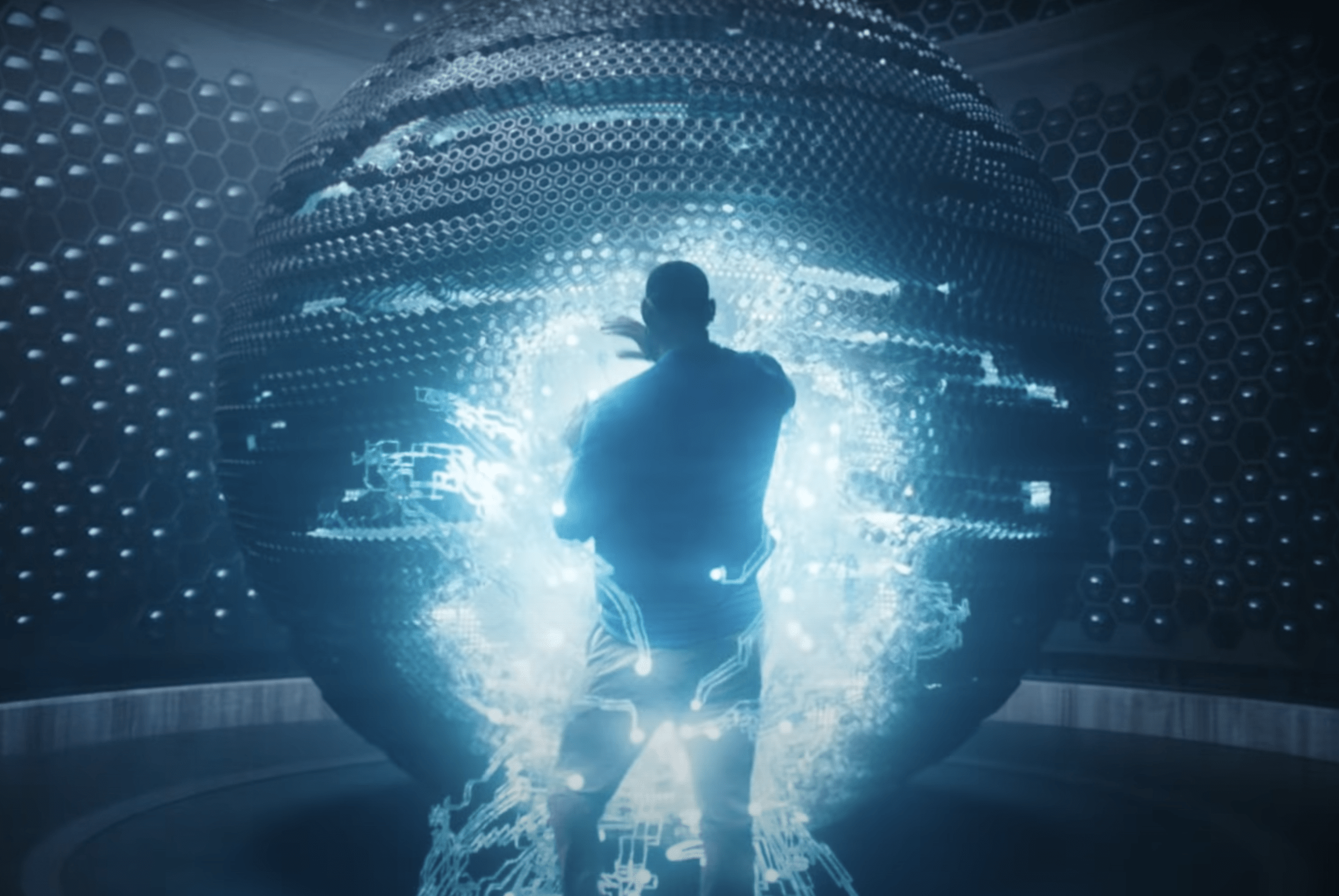 As LeBron falls through to Tune Land, he passes several planets including: Westeros from Game of Thrones, Kansas and Oz from The Wizard of Oz, and Casablanca.

In Tune Land, Bugs Bunny continually acts looney and at one point treats LeBron like Gossamer in the barber shop.

Bugs lures Marvin the Martian to Tune Land in order to take his space ship. A-113 is seen on the ship.

In the DC Universe, Bugs is Batman while LeBron is robin. The classic Batman theme song can be heard. Alfred from the Batman cartoons can be seen on the runaway train. 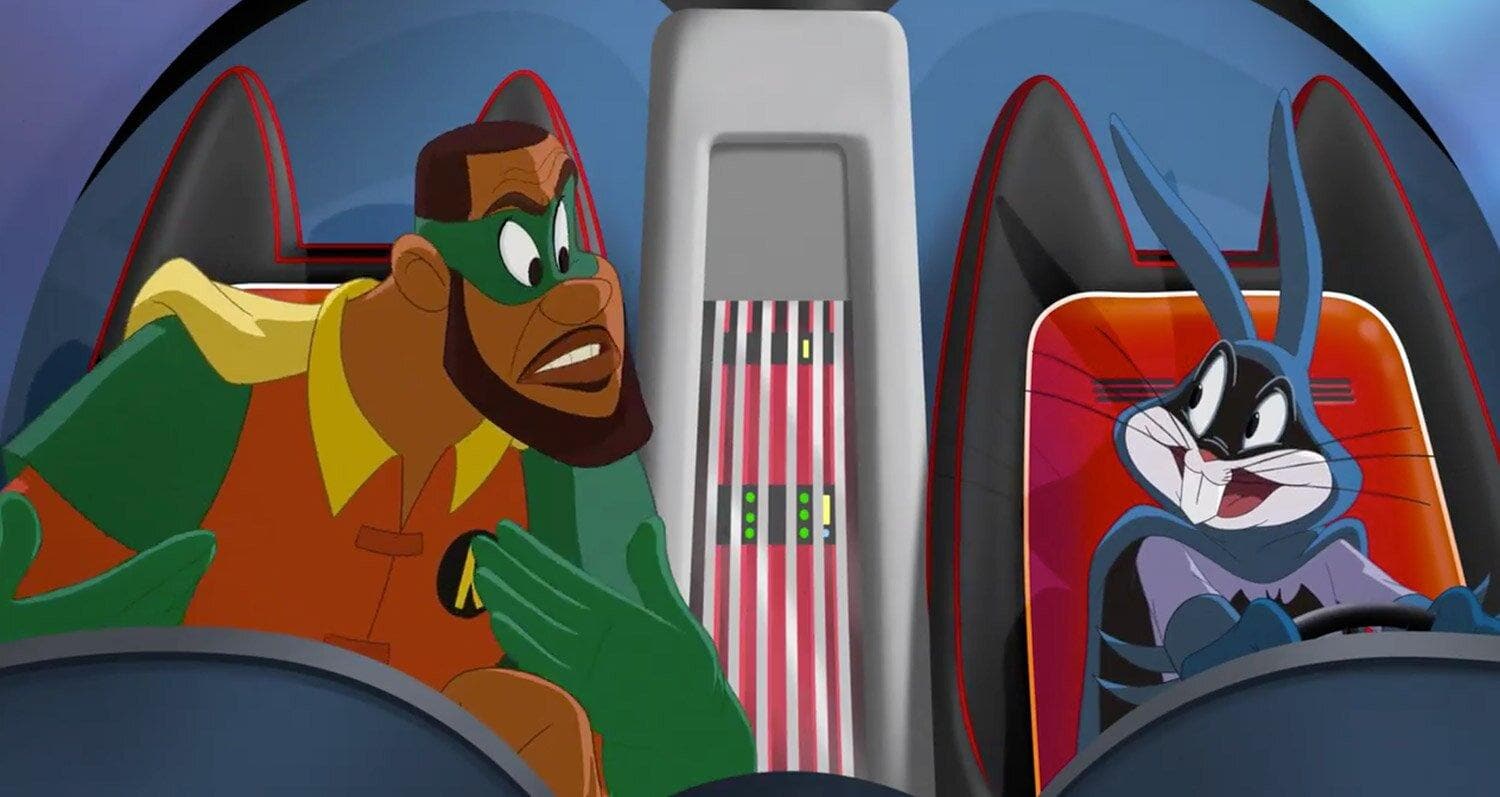 The real Superman and not Daffy Duck saves the day. The Justice League shows up as well.

Wile E. Coyote and Road Runner are found in Mad Max. Wile E holds up a sign that says Witness Me.

Meanwhile Elmer Fudd is the new Mini Me in Austin Powers while poor Sylvester has been shaved bald to be Mr. Bigglesworth.

Rick and Morty show up in their space ship to deliver Taz.

In The Matrix Granny and Speedy Gonzalez are faring pretty well against the agents.

Finally they travel to Themyscira where Lola Bunny is competing to become a true Amazon Warrior like Wonder Woman.

When the tunes get an upgrade from classic 2D animation to 3D, they all hate it.

During the game the crowd is full of Warner Bros, DC Comics, and Hanna-Barbera cameos. Keep an eye out for: 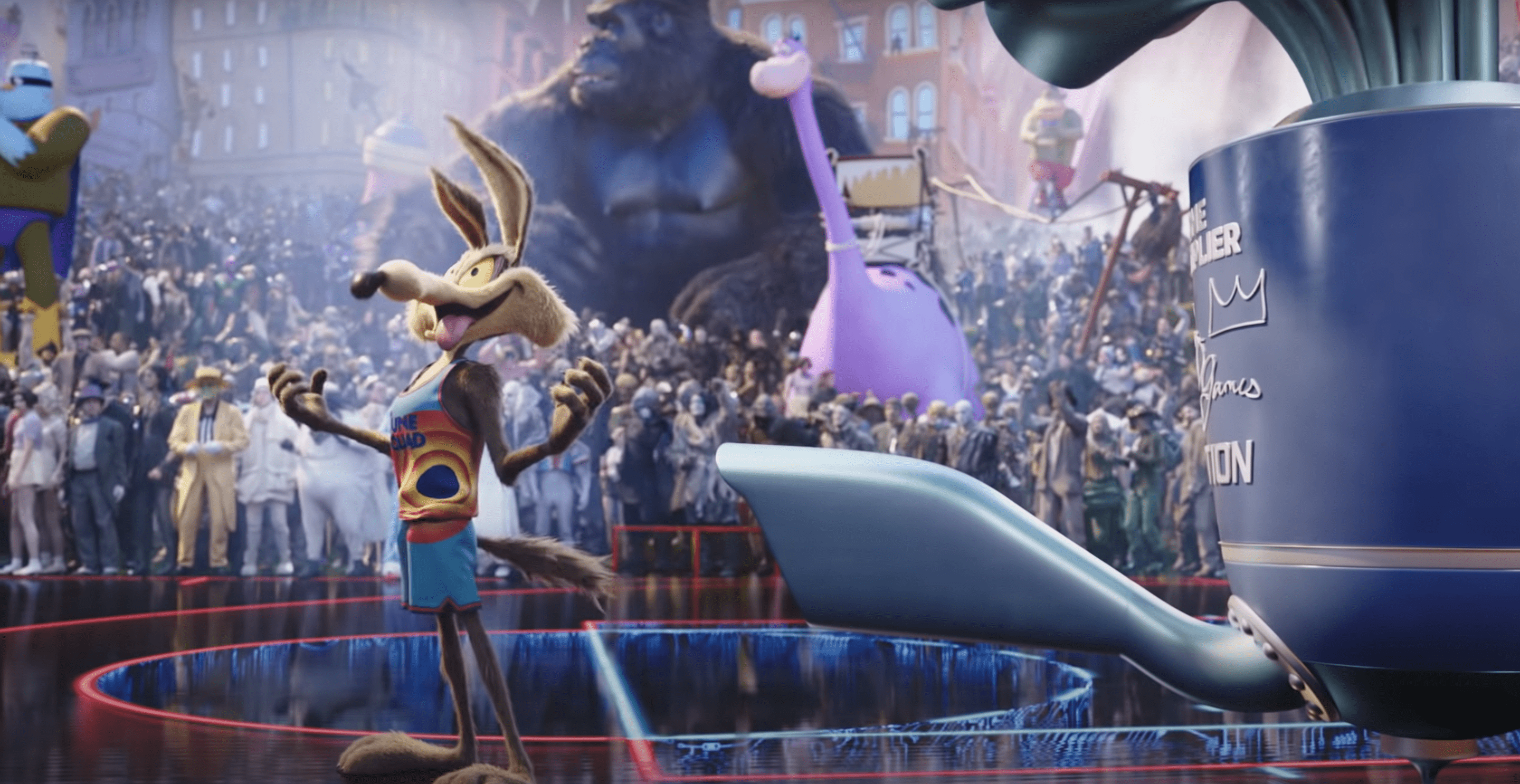 At half-time the Tune Squad is losing. They pull out an old school water bottle as they discuss needing a secret weapon. In the original Space Jam, Bugs uses Michael Jordan's water bottle to boost the team's confidence.

Michael B Jordan has a cameo in the film. Ryan Coogler is one of the producers of Space Jam. The two often work together on films. This is the Michael Jordan cameo Don Cheadle hinted at in interviews. The tunes make fun of the fact he is not the Michael Jordan they were hoping for.

Before it is shown they got the wrong Jordan, the Chicago Bulls' entrance music, The Alan Parson Project's “Sirius,” is played.

Al-G Rhythm exclaims “King Kong ain't got nothing on me.” This is adapted from the famous Denzel Washington quote in Training Day.

Bob Bergen is the only voice actor who worked on both Space Jam movies. He is the voice of Tweety in the new film. In the original he voiced Bertie, Hubie, Marvin the Martian, Porky Pig, and Tweety. 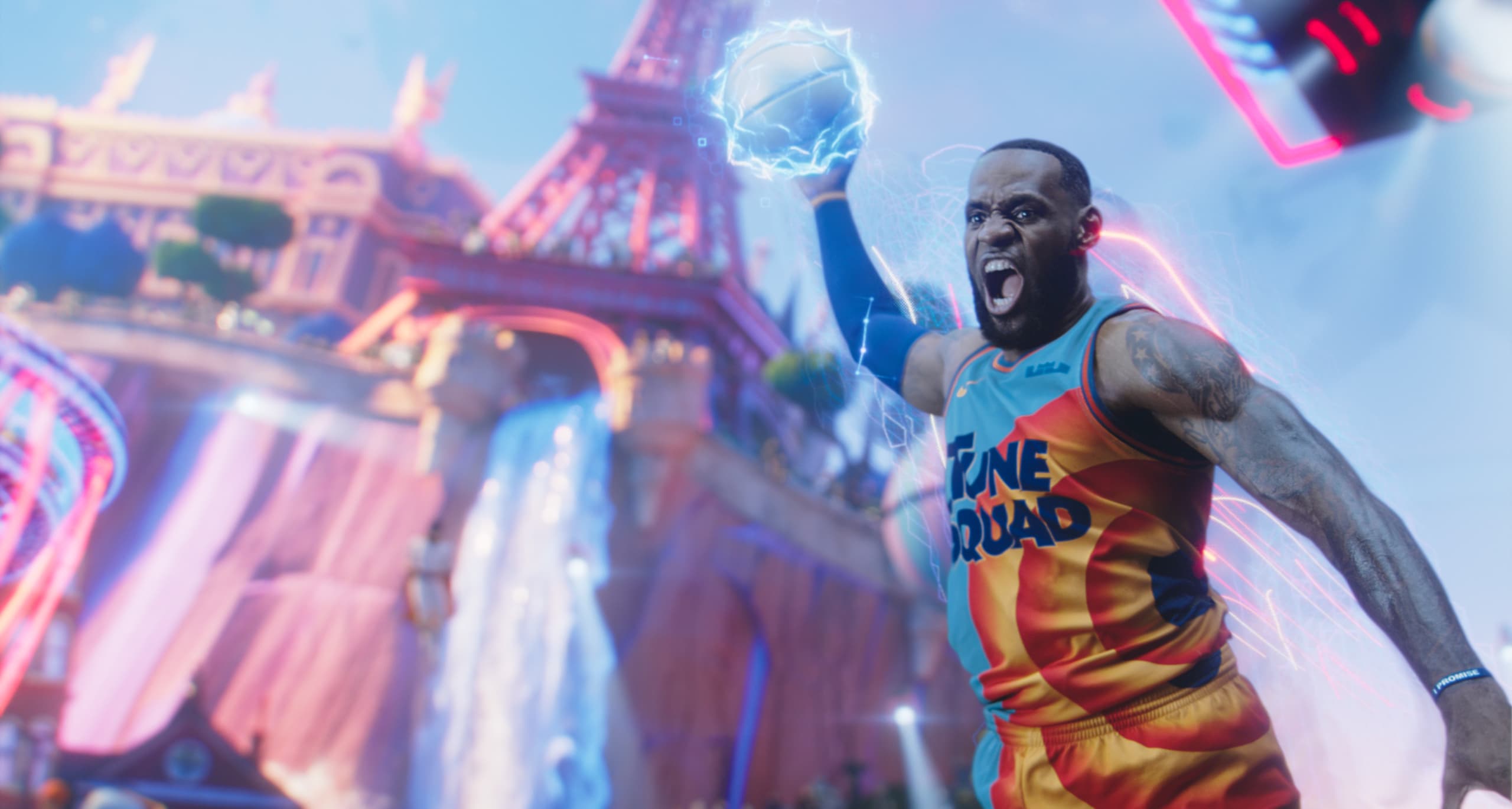 Space Jam A New Legacy is now in theaters and on HBO Max.