In Marvel's What If episode 6, Killmonger rescues Tony Stark from his Stark Industries missile. But he has his own plans and they quickly unfold. The result is the loss of heroes and the rise of a king.  Let's get into “What If… Killmonger rescued Tony Stark?” with this What if episode 6 easter eggs and breakdown.

This is your spoiler warning if you haven't watched episode 6 of What If. What If Episode 6 Easter Eggs & Breakdown

It all begins when Tony Stark is ambushed by The Ten Rings after demonstrating his new Jericho Missile. But unlike in Iron Man, this time he is saved by Killmonger.

Before we see how that changes everything, The Watcher takes us back through Tony's greatest moments in the MCU. Forging his suit with the arc reactor glowing in his chest, joining the Avengers for the Battle of New York, and finally “I am Iron Man” and his sacrificial snap in Avengers Endgame. However, without his capture in the desert, a hero isn't born but rather a villain is given another chance.

At the press conference Tony is as arrogant as ever. And instead of changing how he does business, vows to be bigger and badder. He announces that Erik Stevens aka Killmonger will be joining Stark Industries as its new Chief Security Officer.

Happy and Pepper Potts are behind Killmonger watching the conference. Happy isn't happy about this news.

Killmonger claims he was undercover in the Ten Rings when he learned about their plans to take out Tony. He also shows everyone evident that Obadiah Shane was behind it.

The Ten Rings Logo is seen in the holograph.

Happy punches Obadiah, a throwback to his boxing career.

After the press conference, Tony decides to give Killmonger Obadiah's job of COO at Stark Industries.

Pepper is suspicious of Killmonger and talks with Rhodey to find out what he knows about him. Rhodey essentially gives her the same info Everett K. Ross gave T'Challa in Black Panther concerning Killmonger.

In Tony's garage he asks about Killmonger's father. He tells Tony his dad died due to gang violence.

Also in the garage is Tony's Ford Flathead Roadster which appeared in both Iron Man and Iron Man 2.

It's Dum-E, the robot Tony Stark built as a kid, who takes the Jericho Repulser from Killmonger.

Killmonger also tells Tony about his MIT thesis Project Liberator, an automated combat drone. It resembles a Gundam. That is a reference to a Japanese anime franchise that features giant robots named Gundam.

Killmonger quotes Howard Stark, something Tony did in Iron Man, saying, “peace means having a bigger stick than the other guy.”

They get to work and Tony plans to have JARVIS in the suit. This is similar to his idea of the Iron Legion seen in Avengers; Age of Ultron. 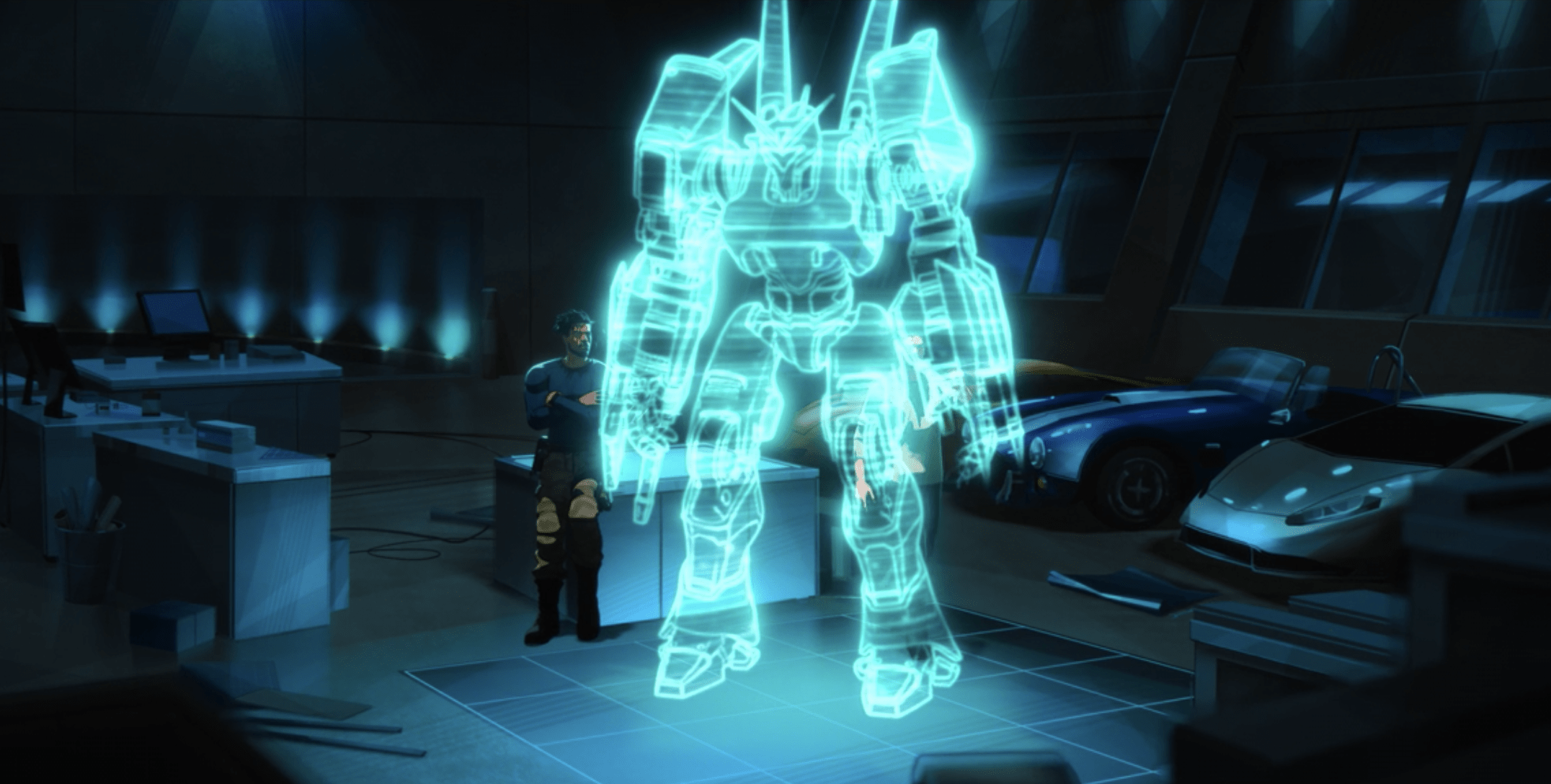 The drone can't handle the power flowing through it, Tony suggests a miniature arc reactor but Killmonger counters that they need Vibranium. Killmonger gives Tony his father's ring, made of vibranium but they need more. Tony happens to know a guy they can use to find more, that would be Ulysses Klaue.

Rhodey and Killmonger go to meet Klaue on his ship in the Salvage Yard on the African Coast. This is where the Avengers encounter him and Ultron in Age of Ultron.

Klaue shows Rhodey a Dora Milaje spear to prove he has vibranium and to gauge how much Stark is willing to spend. Then he moves onto the good stuff. Before a deal is made, Klaue's forces are attacked by Black Panther.

T'Challa wants to return the vibranium to where it belongs but Killmonger has other ideas. He kills T'Challa and Rhodey. He makes it look as if the two of them took each other out. Klaue, watching the whole time, reveals the two have been working together to draw out T'Challa.

Funerals are held for both men. King T'Chaka is on TV denouncing those responsible for his son's death. Killmonger delivers the Dora Milaje spear to Tony.

Tony, thanks to JARVIS, knows what really happened on that ship. This holographic replay is the same tech used in Iron Man 3 when he recreated the crime scene at the theater.

He has the Liberator attack Killmonger. Using the spear, he takes out the machine and kills Tony. But again, frames the murder to indicate the Wakandans. Pepper still doesn't believe Killmonger is innocent. 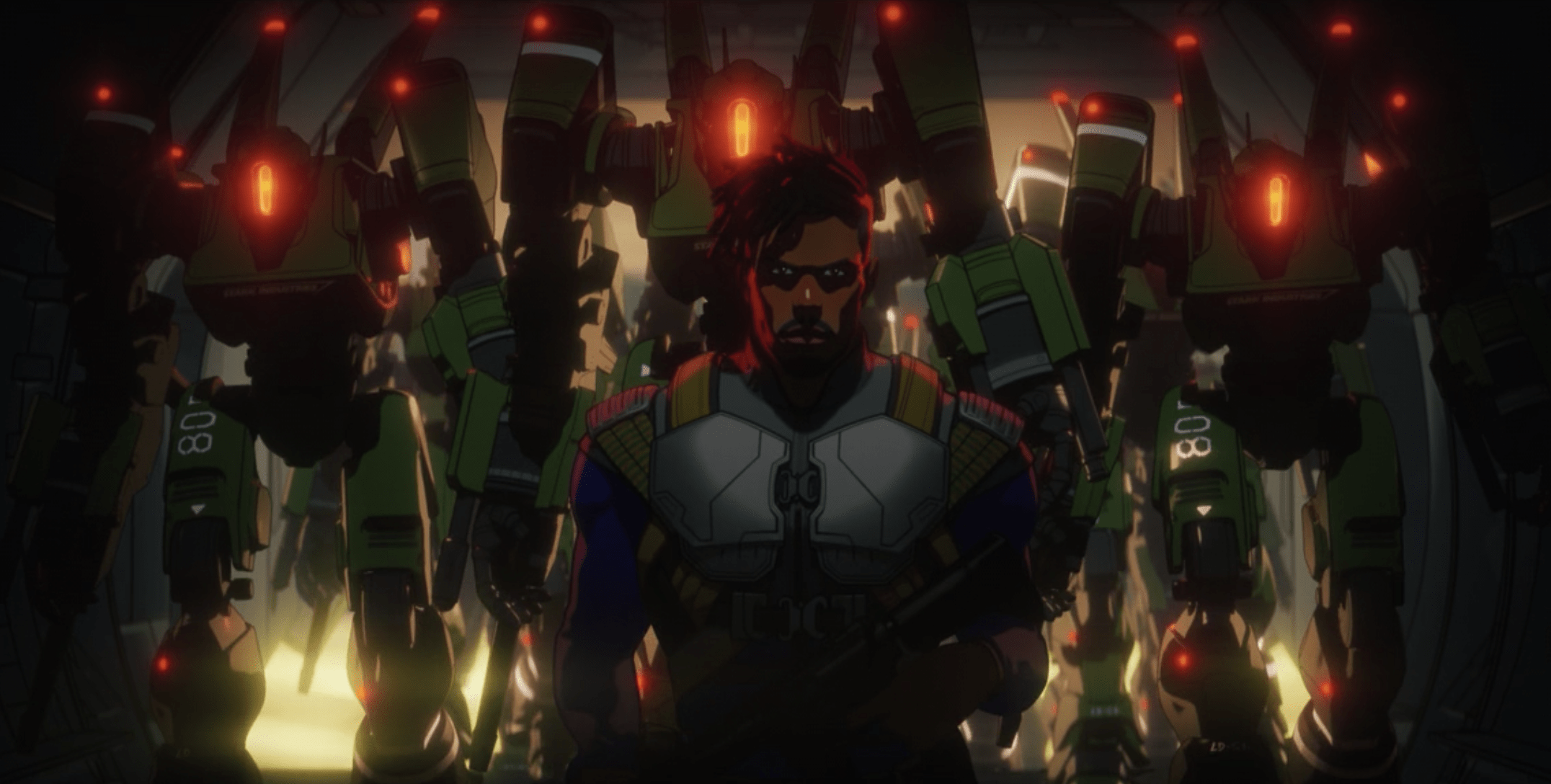 Thanks to the Patriot Act, General Ross takes control of Stark Industries to get production of the Liberators underway to go to war with Wakanda.

Klaue meets Killmonger and the army in Africa and takes him to Wakanda. Killmonger then kills Klaue.

Like in Black Panther, Killmonger brings Klaue's body as a gift of justice to the people of Wakanda and tells them he is the son of N'Jobu, showing them his tattoo.

T'Chaka welcomes Killmonger home. With no time to lose, Killmonger leads the Wakandans against the Liberator Army he brought to their borders. Going through the force shield deactivates the army.

Killmonger reactivates the drones and the battle begins. He yells Wakanda Forever as he mounts one of the battle rhinos.

After the battle, Killmonger is on Mt. Bashenga, looking out over the field watching the sunrise. T'Chaka joins him and he says he wishes he could share it with their brothers and sisters all over the world.

After going through the ritual, Killmonger becomes Black Panther. But it is not his father how greets him in the ancestral plane, but T'Challa who warns him about the power he so desperately wants. T'Challa's outfit matches the ceremonial one he wore in Black Panther.

Killmonger's Gold Black Panther suit looks identical to the one he wore in Black Panther, the one that T'Challa thought was too fancy.

Meanwhile, Shuri has appeared at Stark Industries and gives Pepper the evidence that proves Killmonger is behind everything. The decide to work together to stop him and Ross.

Previous Post: « Hawkeye Trailer Breakdown: Everything You May Have Missed
Next Post: 10 Fun Facts About Pixar’s SparkShorts Nona »