Shang-Chi and the Legend of the Ten Rings is easily one of the best MCU origin stories since Phase 1. It not only introduces a new superhero to the ranks, delivers on incredible action, epic story-telling, and has plenty of things for fans of the MCU and the comics to find. Which as you know is one of my favorite things to do, so here are all the Shang-Chi Easter eggs and cameos you may have missed.

This is your spoiler warning if you haven't watched Shang-Chi and the Legend of the Ten Rings.

The Ten Rings in the comics come from a race of aliens who resemble dragons known as the Makluans. Each ring contains the soul of a legendary cosmic warrior and corresponds to a different power. In the film, there is no mention where the rings originated but that they gave the wearer the power and eternal life of a god.

Wenwu traveled to Ta-Lo in order to gain their greatest treasure. Ta-Lo is one of the God Realms and is a nexus point between Earth and the beyond. It is home of the Xian and also other creatures including celestial dragons, fenghuang, qilin, and haetae.

The dragon is called the Great Protector and it is not Fin Fang Foom.

In the US, Shaun (Shang-Chi) makes a remark that he is not Korean. This is a nod to the sitcom he starred in, Kim's Convenience. Later Katy asks him where his shirt went, this could also be another reference to his character on Kim's who frequently was shirtless. To be fair he was also shirtless in the flashback scene in Nora From Queens.

At karaoke night, they sing Part of Your World from Disney's Aladdin, Old Town Road by Lil Nas X, and Don't Want To Miss A Thing by Aerosmith. 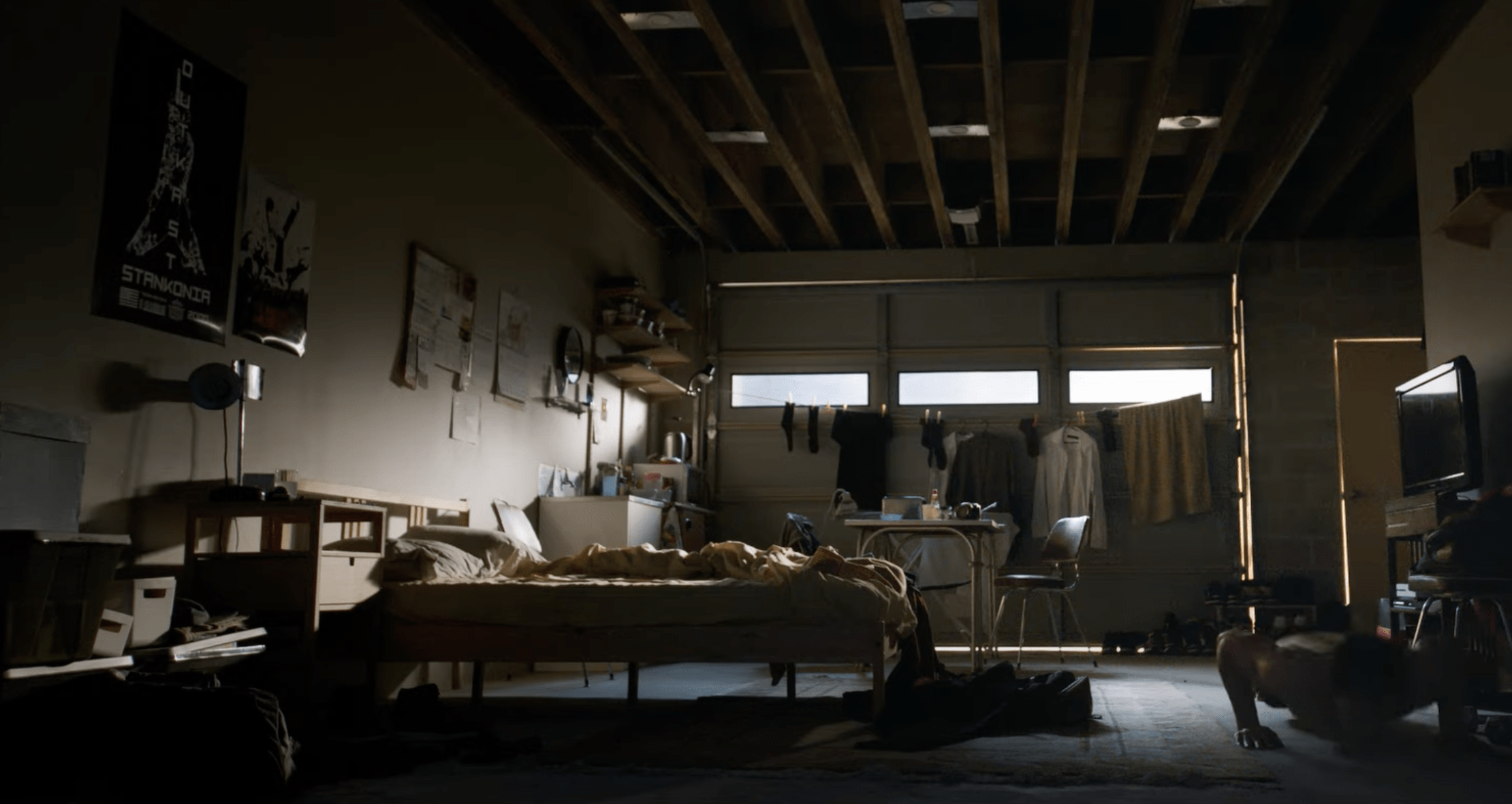 In Shaun's room there are posters for Kung-Fu Hustle, Stankonia, The Godfather, and The Warriors.

The fight on the bus and the use of Shaun's jacket is an homage to Jackie Chan's Rumble in the Bronx. He is fighting Razor Fist.

Also on the bus there is a guy live streaming. It is the same guy, played by Zach Cherry who appears in Spider-Man Homecoming as the street vendor.

The name Golden Daggers is a nod to Master of Kung Fu #44 and the criminal organization of the same name, also known as the Oriental Expediters. Shang-Chi helped to bring down this group in the comics.

One of the men fighting seems infected with Extremis and eventually blows up.

Also in the fighting ring is one of the Black Widows, Helen from Black Widow. She is played by Jade Xu.

Wong is seen fighting Abomination in the main ring. Abomination is played by Tim Roth who originated the role in The Incredible Hulk. The last we had seen of him he was a prisoner of General Ross but now it seems he is a free man and possibly even friends with Wong.

In Xialing's room there is a poster for AC/DC. Their song “Back in Black” was used during several Tony Stark scenes and it is his favorite band.

After battling with Death Dealer, Xialing, Shang-Chi, and Katy are taken by Wenwu back to their home, a Fortress in Hunan. In the comics it was also called The House of the Deadly Hand.

Wenwu discusses the names he has been known by throughout the years: Warrior King, Master Khan, and The Most Dangerous Man On Earth. Master Khan is one of the aliases of The Mandarin in the comics.

Inside their fortress, they discover that their father has Trevor Slattery locked up. In Iron Man 3, Trevor Slattery was the man hired by Aldrich Killian to pose as The Mandarin. From Marvel's One Shot “All Hail The King” in 2014, we learn that the real leader of the Ten Rings sent for Slattery in prison. And now we know where he ended up. Sir Ben Kingsley reprises his role.

Slattery has a special being as a friend. His name is Morris. Morris is a Dijiang. The Dijiang is a crimson, six-legged, four-winged creature with no facial features. Two butts, no head, but super cute.

Ta-Lo protects the world from the Dweller-in- Darkness and his Soul-Eaters.

Dweller-in-Darkness is one of the Fear Lords in the comics. The Dweller has the ability to generate fear in others and that fear empowers him. He also has other mystical powers like the ability to create creatures like D'Spayre. It was defeated by Doctor Strange but generally is not able to be killed.

The Soul-Eaters in the comics were also  dealt with by Doctor Strange. They are creatures from the Sixth Dimension who once possessed the spirit of a boy in Manhattan. Doctor Strange went into the boy's soulscape to try and free him. The creatures eventually moved on, only after one was defeated by Strange. 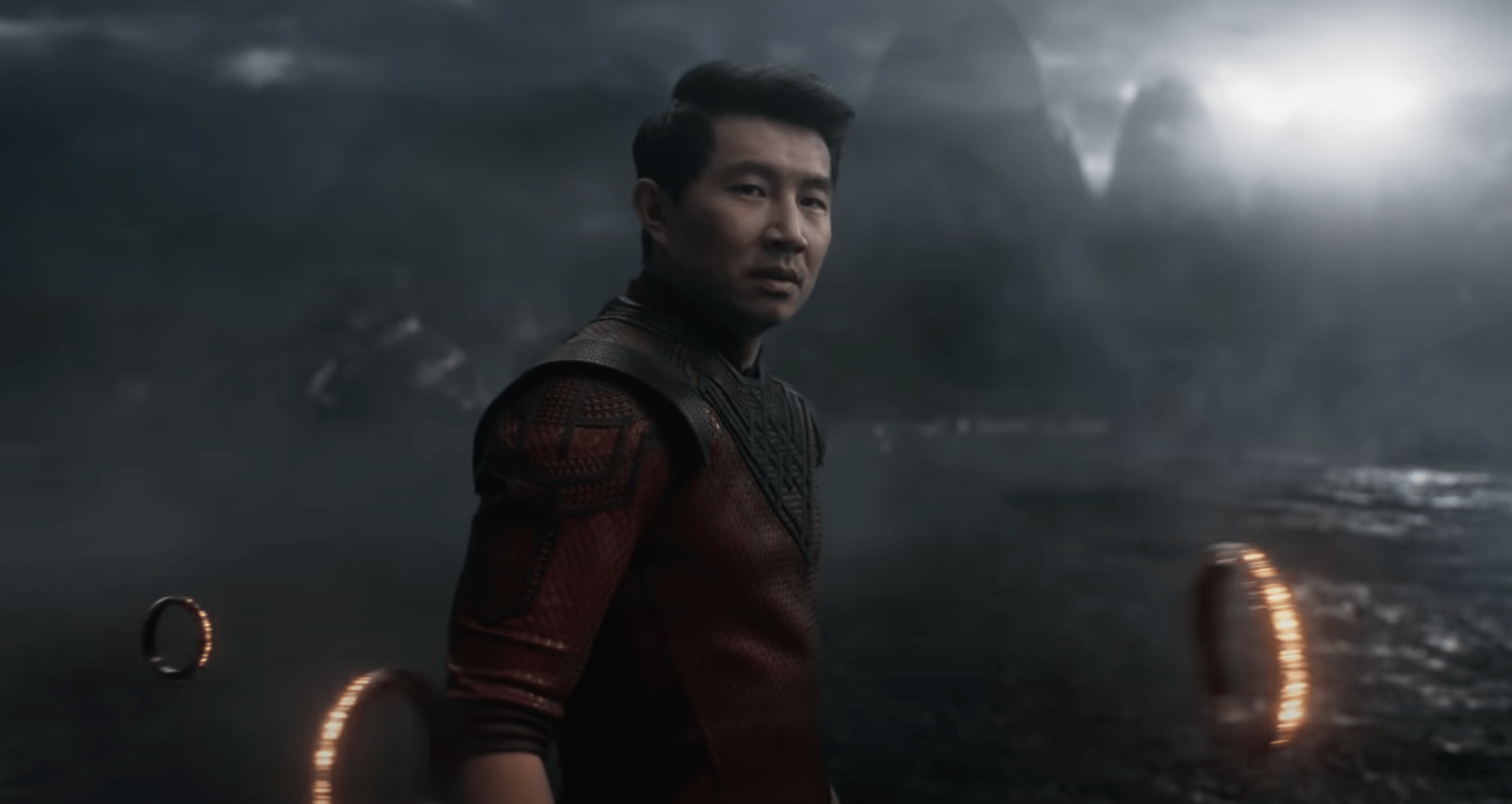 During the previous war with this evil, the Great Protector Dragon helped the Ta-Lo's ancestors win and gave them Dragon Scales to make their armor and weapons. Shang-Chi's suit is made from Dragon Scales.

The Great Protector is not in Marvel Comics however it is a primarily white dragon which could reference the Bailong Dragon. This dragon is associated with spirits and virtuous kings. It is also the patron saint of Qinghai Lake, the largest lake in China. In Shang-Chi the dragon lives in the water deep beneath the surface. It rises to help Shang-Chi, who is not a king but clearly a man with good intentions.

At the end, Wong comes for Shang-Chi and Katy. This could mean we will see them both in Doctor Strange: In The Multiverse of Madness.

Wong is seeking information about the Ten Rings. Bruce Banner and Captain Marvel both appear via hologram and neither have seen anything like them before.

The rings are older than the thousands of years Wenwu owned them. They also appear to be sending a message. This could mean the Makluans may make an appearance in the future or one of their enemies.

Also, Bruce Banner is himself. Not Hulk or Professor Hulk, and his arm is in a sling, Hulk was injured during Avengers Endgame and was also wearing a sling at the very end of the movie.

Xialing is taking over The Ten Rings. Razorfist is working for her and she is training a squadron of female fighters.

The Ten Rings will Return.

Shang-Chi and the Legend of the Ten Rings is now in theaters everywhere!