In Marvel's What If episode 5,  Zombies. Earth's mightiest have been infected with a zombie virus. The rest of the heroes rush to find a cure. Let's get into “What If…Zombies ?” with this What if episode 5 easter eggs and breakdown.

This is your spoiler warning if you haven't watched episode 5 of What If. 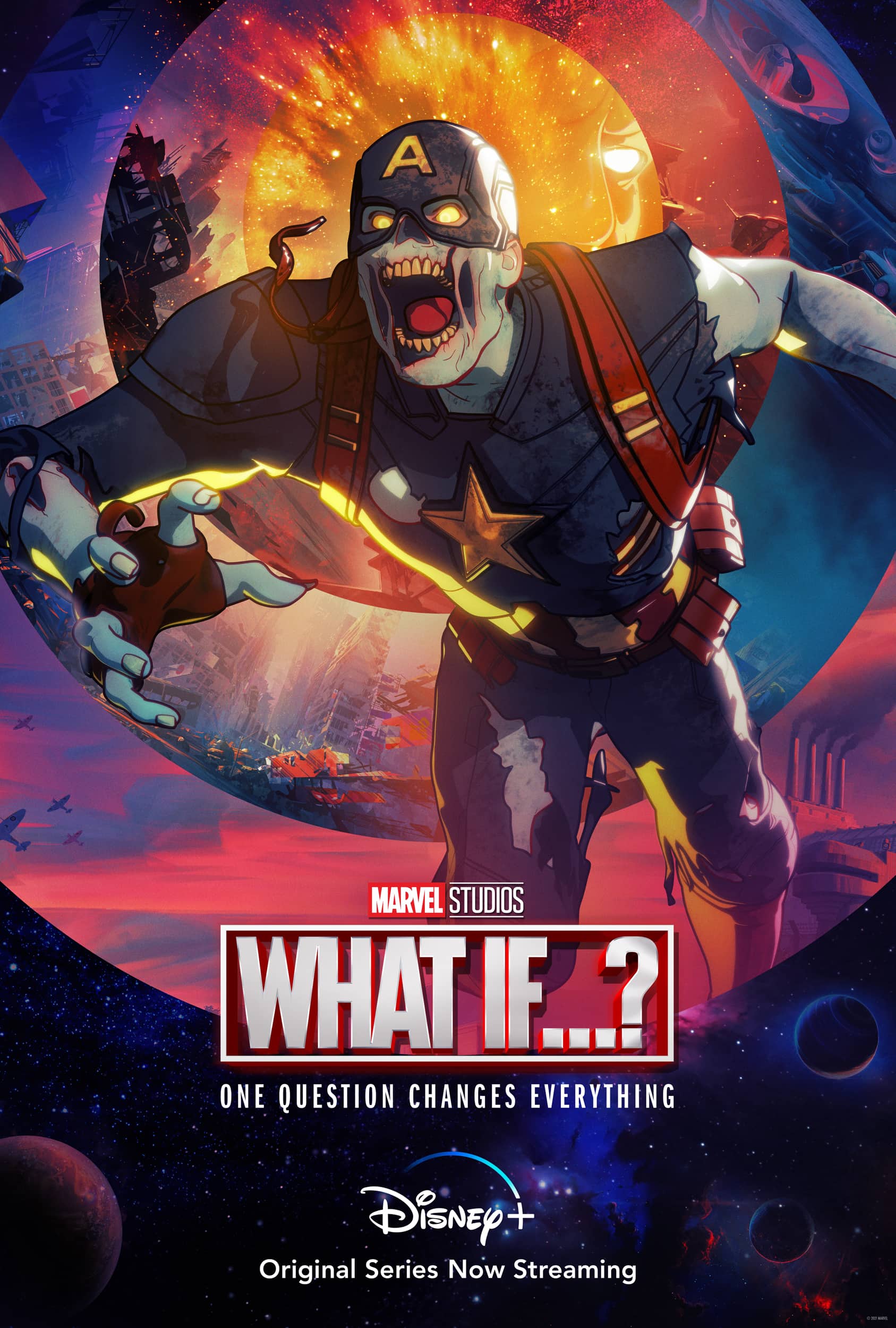 What If Episode 5 Easter Eggs & Breakdown

This week starts at the point in Avengers Infinity War where Bruce Banner fell from the sky and crashed through the Sanctum Sanctorum's roof.

Unlike before this time no one was there to hear his warning. The Cloak of Levitation watched from afar as he went outside to discover things are very different.

Ebony Maw and Cull Obsidian show up, Hulk refuses to come out, and before they can take out Banner help arrives.

Iron Man walks out of a portal with Doctor Strange and Wong. But something isn't right. They defeat Maw and Cull easily  and reveal they are Zombies. Maw and Dwarf become zombies as well.

Before they can turn Bruce into one of them, the Cloak of Levitation comes to his aid, followed by The Wasp, and Spider-Man. Their former friends are taken out by the ants and Bruce wonders what the hell has happened in the time he was away.

Two weeks before all of this, Dr. Hank Pym went into the Quantum Realm in search of Janet Van Dyne. But unlike the events in Ant-Man and the Wasp, in this universe, Janet had contracted a quantum virus that had corrupted her brain. She attacked Hank and together they came back from the Quantum Realm and infected others.

The Avengers including Hawkeye, Black Widow, Iron Man, Black Panther, and Captain America show up to help prevent the spread of the virus. However they were turned and once they were infected it made the zombie hoard almost impossible to stop.

At least someone understands the rules of zombies. Peter Parker filmed “So You Wanna Survive The Zombie Apocalypse” a to help explain it to everyone. This is similar to his home video/cell phone coverage in the beginning of Spider-Man Far From Home. 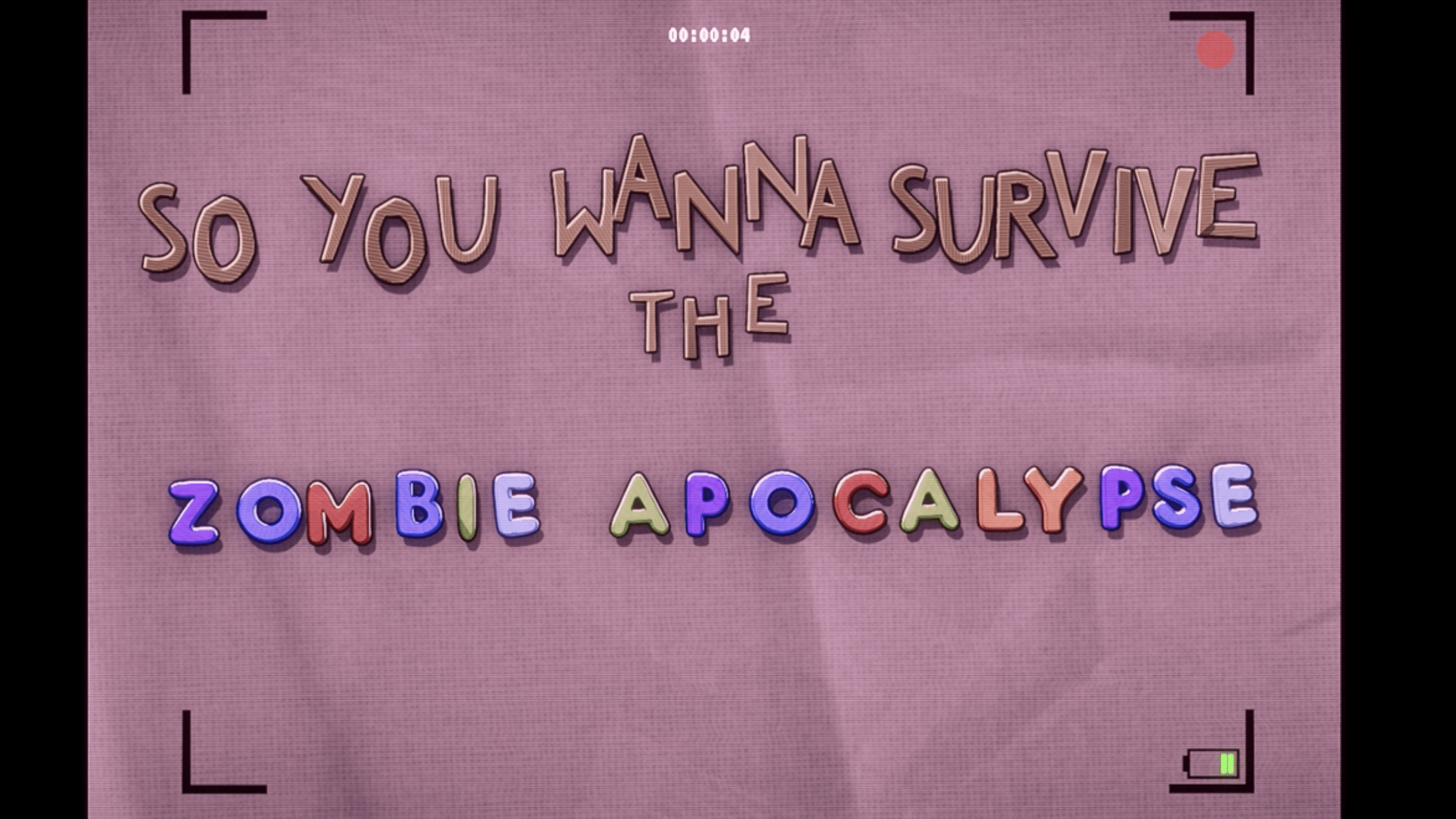 In the video Happy Hogan is still alive, and single. Kurt plays the attacking zombie, Bucky Barnes is a potential victim as well, Sharon Carter demonstrates where on the body to take out a zombie, and then Peter is interrupted by Okoye.

The survivors are staying in a headquarters suspended between buildings courtesy of Spider-Man's webs. Okoye tells Banner they have some hope: another survivor camp claims to have made progress on a cure.

The signal came from Camp Lehigh in New Jersey, SHIELD's first base and where Steve Rogers' was trained before he became Captain America.

While Kurt, Banner, Hope and Peter try to hot wire a train for their escape, Happy is grabbed by Hawkeye. Falcon flies in and attacks Okoye and Bucky. Sharon takes out the new Zombie Happy and Okoye ends Falcon before he can turn Bucky.

Since this is before Falcon and Winter Soldier, Bucky isn't too sad that Okoye took out Sam.

Thanks to Peter, the train is able to get moving and they escape. Unfortunately Captain America has followed them. Steve has bitten Sharon and Bucky must fight his best friend.

Bucky ends Steve and says this is the end of the line.” A heartbreaking way to bring their iconic line into this episode.

Hope takes out Sharon by going inside of her and enlarging herself. Just like in episode 3 with Hank Pym, this is another nod to the popular fan theory of having Scott take down Thanos in the same way. But Hope has a scratch and will turn into a zombie soon.

Peter says he has practice trying to stay positive in situations like this. He mentions his parents, Mr. Stark, and Uncle Ben. This is the first time Uncle Ben has been verbally mentioned in the MCU. Previously his initials were seen on the suitcase in Far From Home.

The train runs out of fuel and Hope turns into a version of Ant-Man's Giant-Man, Giant-Wasp is able to get the group to the safety of Camp Lehigh before she turns.

The zombies don't climb the fence. They are safe for now. Kurt warns them to look out for Baba Yaga. Baba Yaga is not only a real folktale but also a villain in the Marvel Comics, primarily a foe of Captain Britain.

Vision is the reason the zombies do not come into Camp Lehigh. The frequency emitted by the Mind Stone keeps them at bay. Vision has successfully helped one of their own Scott Lang, to return to normal. Sort of. His head is in a jar and he has some pretty terrible dad jokes.

They have a plan to cure the infected using satellites. Wakanda is the only place with superior enough tech to pull it off. Bucky leaves the group to look for transportation. He is carrying Cap's Shield. Vision warns him he won't find what he is looking for.

What he does find is T'Challa alive and missing part of his leg. Wanda has been turned into a zombie and is in a cage, however Bucky's gunshot put a crack in it and she is still capable of using her power.

T'Challa reveals this place is a trap. Vision, unable to cure Wanda, has been luring people to the camp in order to keep her fed. He couldn't cure her because her powers are too strong.

Wanda has escaped and the others fight for their lives. Vision helps them escape but not before Kurt and Okoye are taken. Feeling bad for what he has done but unable to leave her, he removes the mind stone from his head.

With the mind stone no longer holding them back, the zombies move to take over the camp. Wanda goes to Vision's dead body and Bucky holds her off so the others can escape on the quinjet. She tosses him aside and goes after Banner in the hangar. Hulk helps throw her off.

Hulk finally emerges to be the hero.

Peter makes another reference about horror movies. The first one was about not splitting up, this time don't jinx it. Because Scott jinxed it, Giant Wasp is waiting for them when they try to fly over the field. They escape and head to Wakanda to save the world.

Just when everything seems hopeful, it is revealed that while the New Avengers have been trying to survive the zombies and reverse the virus, Zombie Thanos has collected all the Infinity Stones except the mind stone. He is at the gates of Wakanda waiting to get it. Somethings are inevitable.

Previous Post: « All The Shang-Chi Easter Eggs and Cameos You May Have Missed
Next Post: 12 Fun Facts About Pixar’s SparkShorts Twenty Something »