Andor Episode 5, Cassian learns to navigate being part of a team, especially one that doesn't trust him. Mothma deals with drama at home and Luthen prepares for the worst. Let's get into this Andor episode 5 Easter eggs and breakdown.

Spoilers ahead if you have not watched Andor episode 5.

The episode starts with Syril at his mother's house. She pours him some cereal (that looks like Kix) with some blue milk. She is concerned he has no future plans now that he's been kicked out of the security force.

One of the fruits in the bowl looks like the meiloorun fruit. A favorite of Hera Syndulla.

She tells him she will call Uncle Harlo and see about getting Syril a new position somewhere else.

Andor awakens to find his things taken. The Kyber Crystal is still in his pocket though. Turns out Vel had Skeen go through Andor's belongings.

Skeen has several tattoos and each has a meaning.

Andor recognizes them because he too did time in an Empire prison, at Sipo Youth Center. 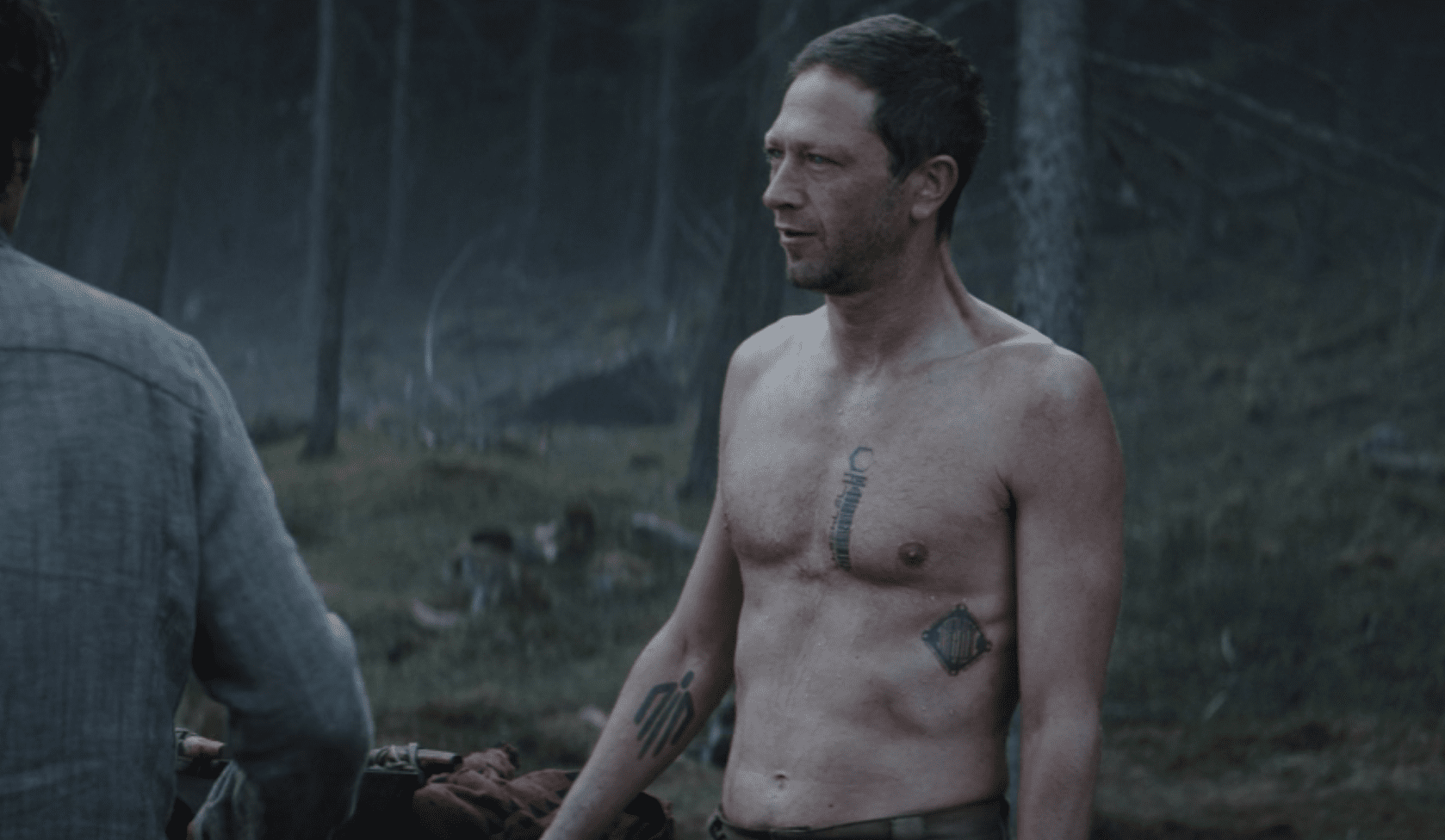 Mon Mothma sits at breakfast waiting for her daughter Lieda Mothma. It seems that Lieda is not interested in her mother trying to be a part of her life.

Back on Aldhani, Taramyn is going over the plans with Clem. He is giving him his alias for the mission. Imperial Private Clem from the Alkenzi Air base.

Captain Tigo and ISB officer Lieutenant Supervisor Blevin are on Ferrix. Tigo will be taking over the law enforcement of Ferrix on behalf of the empire.

A tie fighter appears while Andor and the others are practicing for their mission.

At the base, Lt. Gorn approaches Corporal Kimzi who has a disdain for the native people of the planet.

Back on Coruscant at the ISB office, Meero is still looking for information about the stolen Starpath and rebel activity. She asks her assistant about Hosnian Prime. Hosnian Prime is the planet the First Order ends up destroying with Starkiller Base in The Force Awakens. 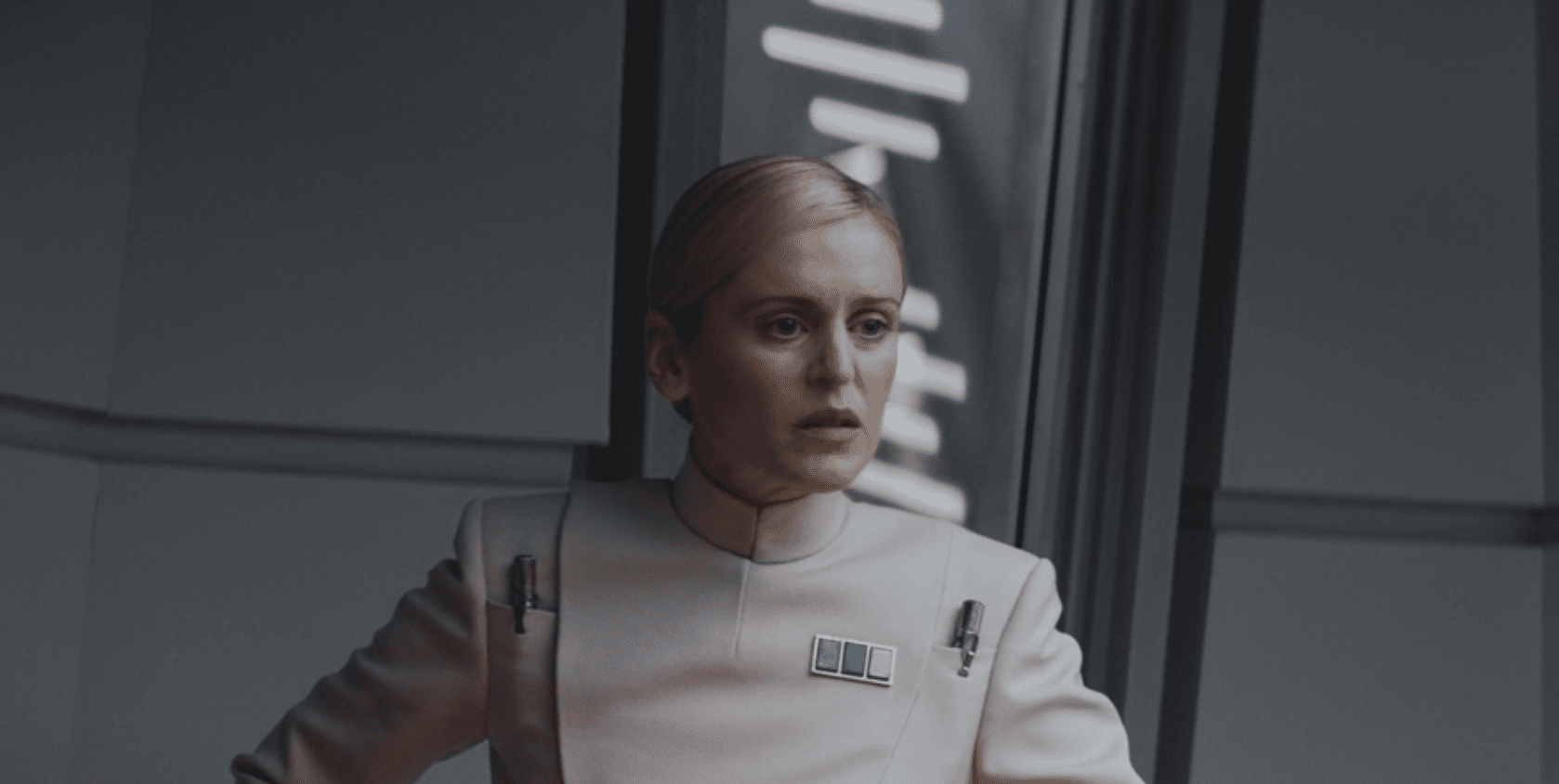 They further discuss the patterns she mentioned in the ISB meeting: Kessel, Fondor, Jakku, Base Cay, and Steergard.

On Aldhani, the night before the heist they say “to the Rebellion.” This is the first time the words have been used in the show to discuss why they are doing what they are doing.

Skeen finds the Kyber Crystal. Cassian tells them he is there for the money. They need to either accept it or he walks away.

Mothma and Perrin are in the car. He mentions Gar Tafeed who told him Mothma is starting a charitable foundation.

Syril is still holding a grudge against Cassian, glaring at the holo of his face.

While everyone on Aldhani prepares for the heist, Luthen Rael is concerned about the heist and being prepared to leave if something should go wrong.

On the shelf behind him are a Sith holocron and a Jedi holocron. Also on the shelf are Sankara Stones from Indiana Jones and the Temple of Doom. It's no surprise Luthen has more Indy treasures, after all his whip is also frozen in carbonite. 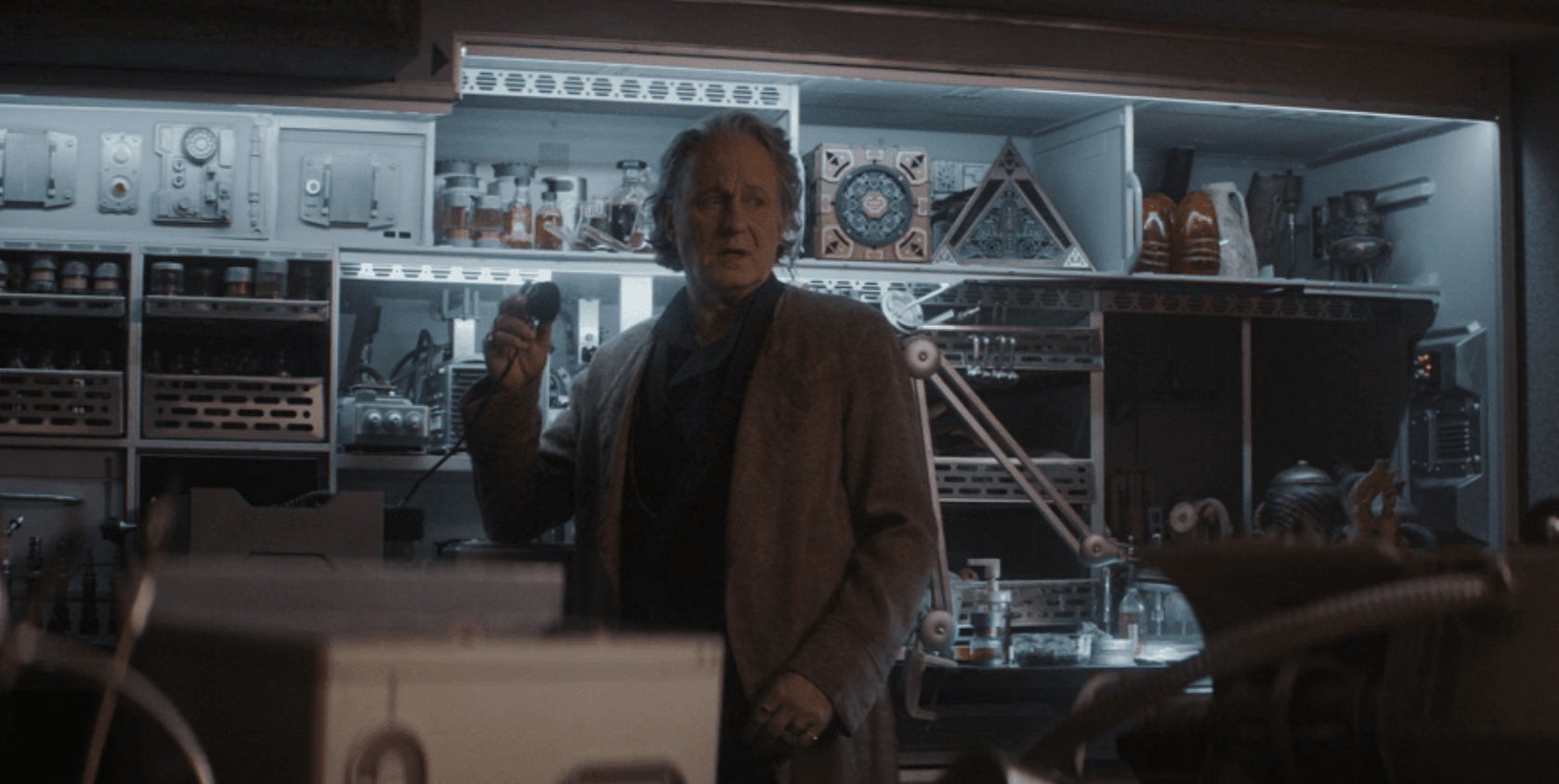 Episodes 1-5 of Andor are now streaming on Disney+.

Previous Post: « Billy Flanigan The Happiest Man On Earth Review
Next Post: Hellraiser 2022 Review: Pinhead Is Back To Haunt Your Dreams »