It feels so good to be writing about a new Marvel Studios film. Black Widow is officially out and is the movie fans have been waiting for since Natasha was introduced in Iron Man 2. This spy-thriller, action-packed adventure did not disappoint, especially with it's callbacks to previous MCU films and comics. Here are all the Black Widow Easter Eggs you may have missed.

Spoilers ahead if you haven't see Black Widow. 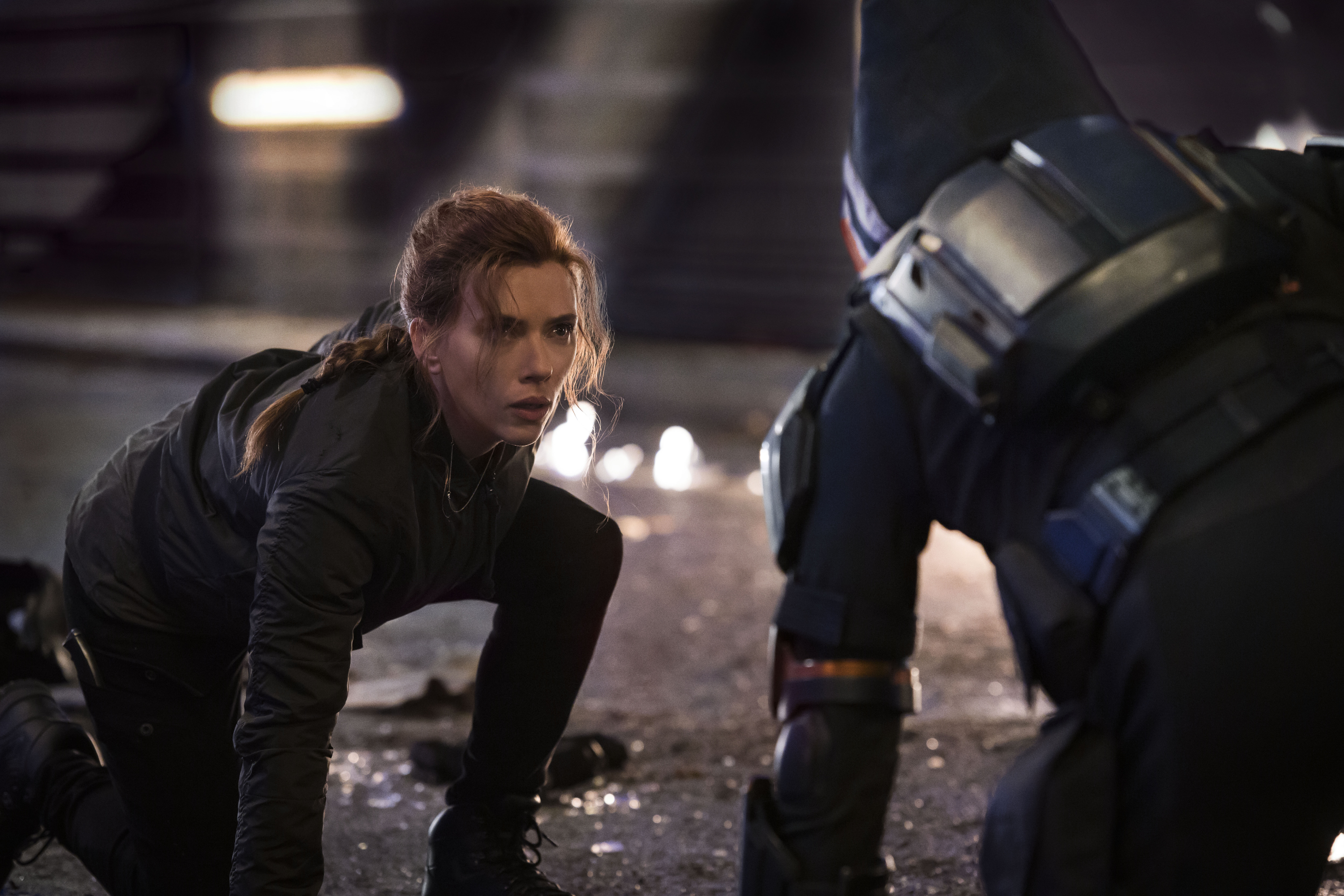 All The Black Widow Easter Eggs You May Have Missed

A hat with the Sunny D logo is seen on the kitchen counter. Alexei also tells the girls there are Fruit Roll-Ups in the car.

On the TV in the background the original Duck Tales is playing.

Alexei, the Red Guardian, has super strength and speed.

SHIELD is who chased them down at the airport.

In the car, Yelena is holding a Twilight Sparkle My Little Pony plush, although it is a current My Little Pony and not a 90s style plush. Natasha has a Disney Princess Busy Book in her hand in the car.

Once they land in Cuba, Dreykov meets them at the airport to take the floppy disc.

The opening credits features a training montage with a cover of the song Smells Like Teen Spirit by Nirvana sung by Malia J.

During the montage there is a nod to Falcon and the Winter Soldier. The girls are being shipped off to the Red Room via shipping containers that travel through Madripoor.

The original DuckTales is shown again on the TV screen.

Based on Ross’ convo with Natasha, Black Widow takes place directly after the events of Captain America Civil War but before the post credit prison breakout.

In Norway, Natasha buys blonde hair dye. This is a nod to Natasha's hair style and color in Avengers Infinity War. 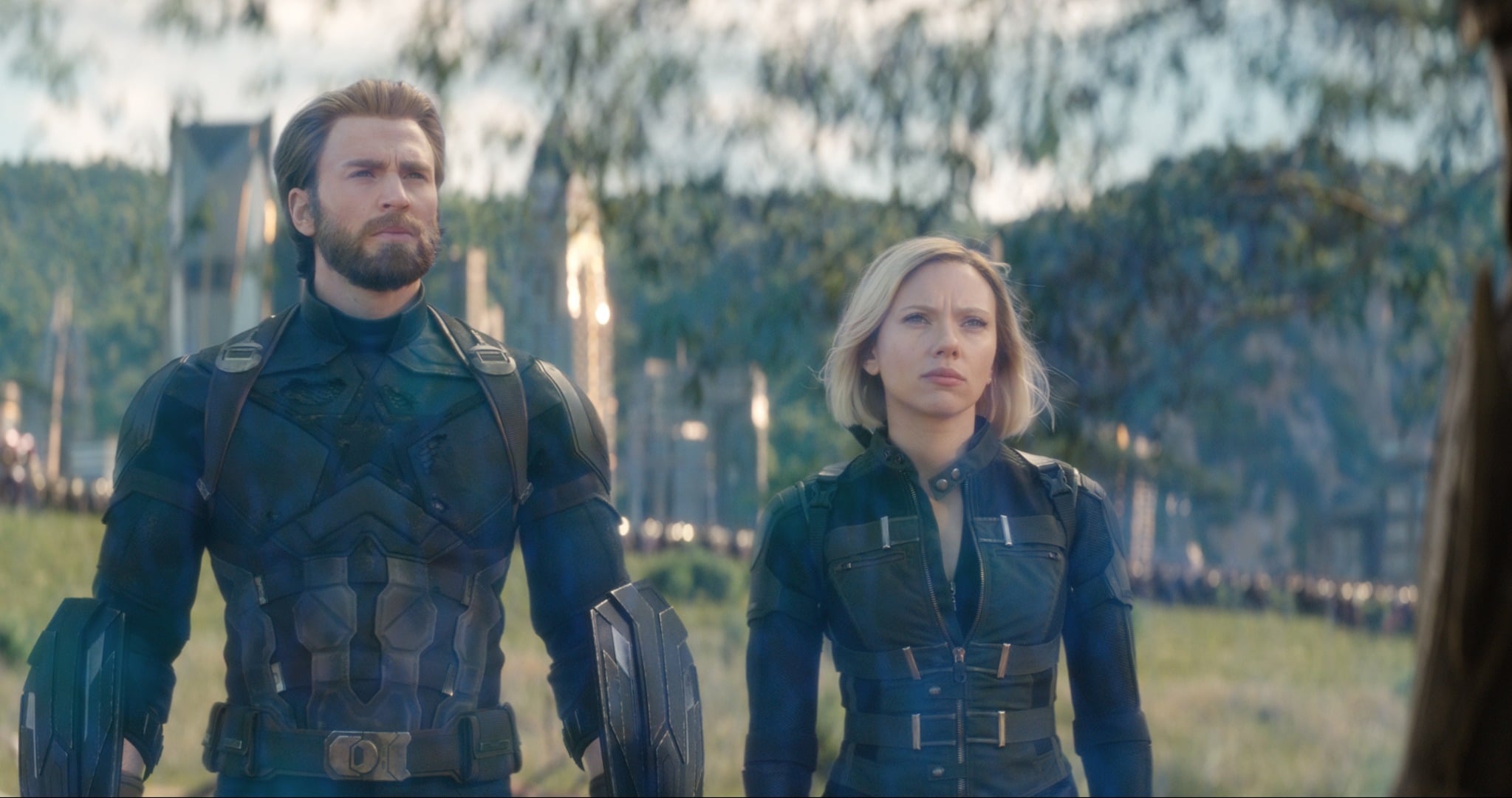 Taskmaster’s entrance echoes that of Bucky as The Winter Soldier when he takes out Nick Fury’s car.

Natasha thinks it is Ross after her. She says The Raft has no jurisdiction here. The Raft is the prison where Team Cap is being held. In present day it is also the home of Baron Zemo.

Taskmaster's sword in the comics was a common occurrence, used frequently along with the shield. The sword in the film is similar to that of the Black Knight who is making his debut in the Eternals and will be played by Kit Harrington.

At the Budapest safe house there are arrow marks on the wall from Hawkeye.

What happened in Budapest, mentioned in  Avengers, was a shootout with Hungarian special forces after she took out Dreykov. Clint and Nat hid out for 10 days before they could leave the country.

Hawkeye is heard on the radio during the flashback asking if she is sure about the attack.

Dreykov's daughter was collateral damage. Loki mentioned the girl when Nat comes to see him in the cell in Avengers.

In prison, Alexei breaks the wrist of Ursa Major. In the comics, Ursa was a mutant man bear who was part of the Soviet super soldier program. After Alexei beats him he calls him a “bear.”

The shield Taskmaster uses is Alexei’s from his Red Guardian days. It takes the place of the disc that Red Guardian wears on his belt and uses as a weapon in the comics.

The white suit Black Widow is wearing is from the comic series Black Widow: Deadly Origin. 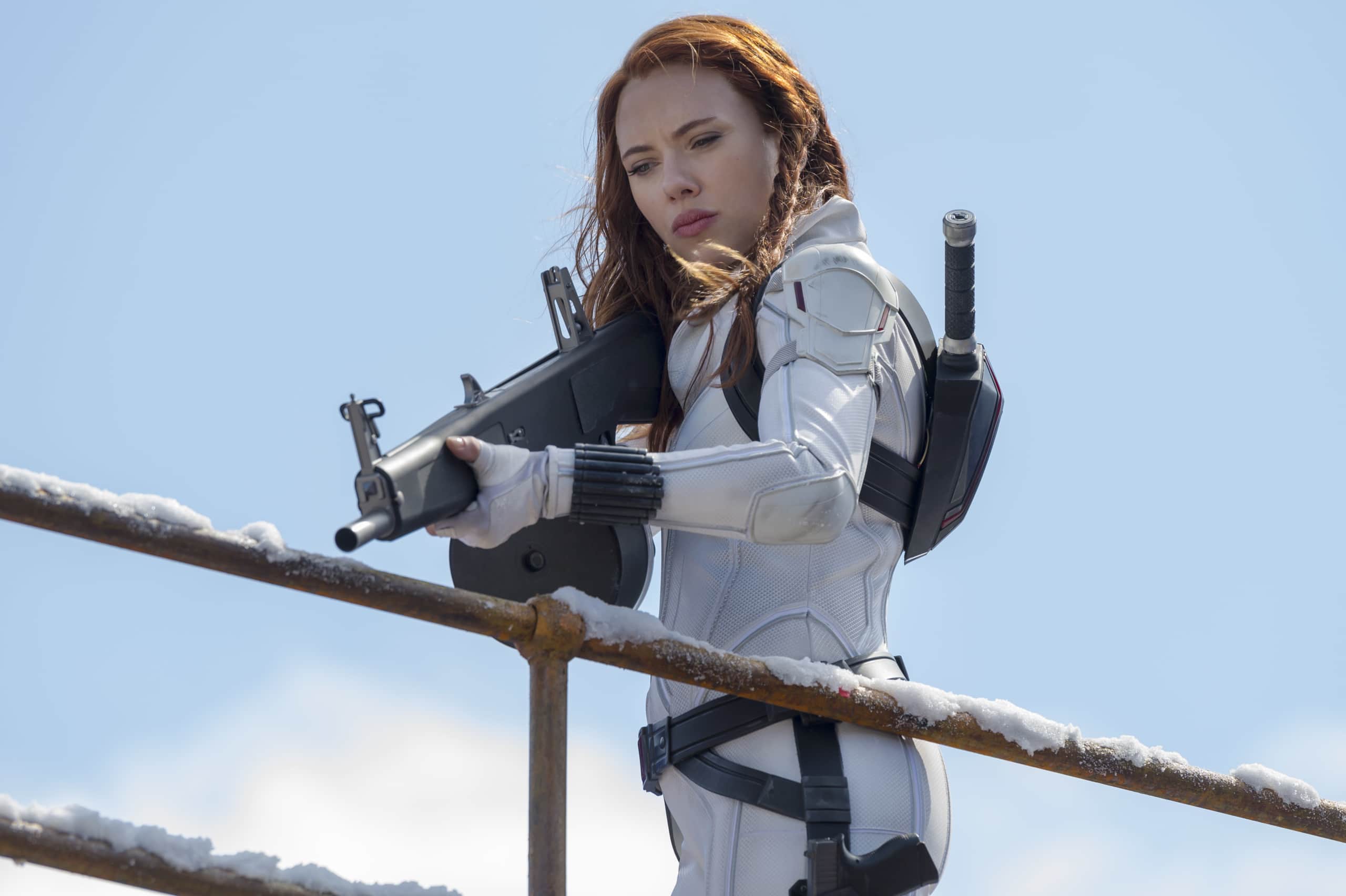 Alexei is proud of their ledgers that are dripping, gushing red. Another thing Loki said to her in Avengers.

Melina says that the North Institute was a lab for SHIELD scientists, who were actually HYDRA scientists. This was part of The Winter Soldier program.

Yelena calls Alexei the Crimson Dynamo. In the comics, Dynamo is an Iron Man villain.

Inside Melina's home is an Iron Maiden mask. In the comics Melina is also known as the Iron Maiden and is a villain.

Natasha is wearing the classic and iconic Black Widow costume from the comics. Black with gold accents.

Yelena does the famous Black Widow pose when she jumps out of the vent.

Taskmaster is revealed to be Dreykov's daughter Antonia. She also appears to be under his mind control. 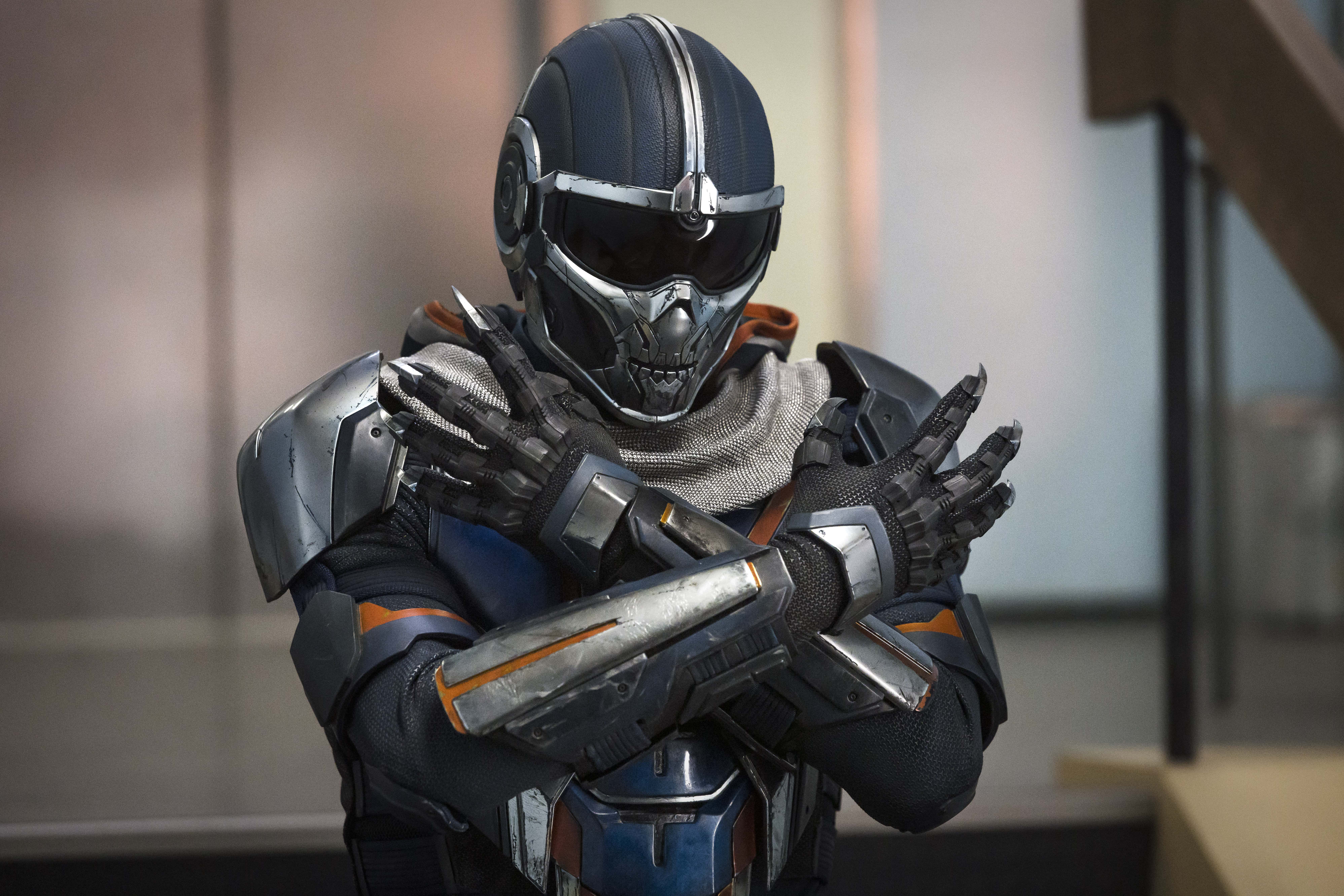 Yelena gives Natasha her vest. It’s the same one Nat is seen wearing in Infinity War.

Mason comes through this time with Quinjet. This is the same one Natasha, Steve, and Sam used in Infinity War.

The Avengers Theme is heard in the final scene. A fitting goodbye as she says she’s going to break some friends out of prison. Which is what happens in the post credit scene of Civil War. 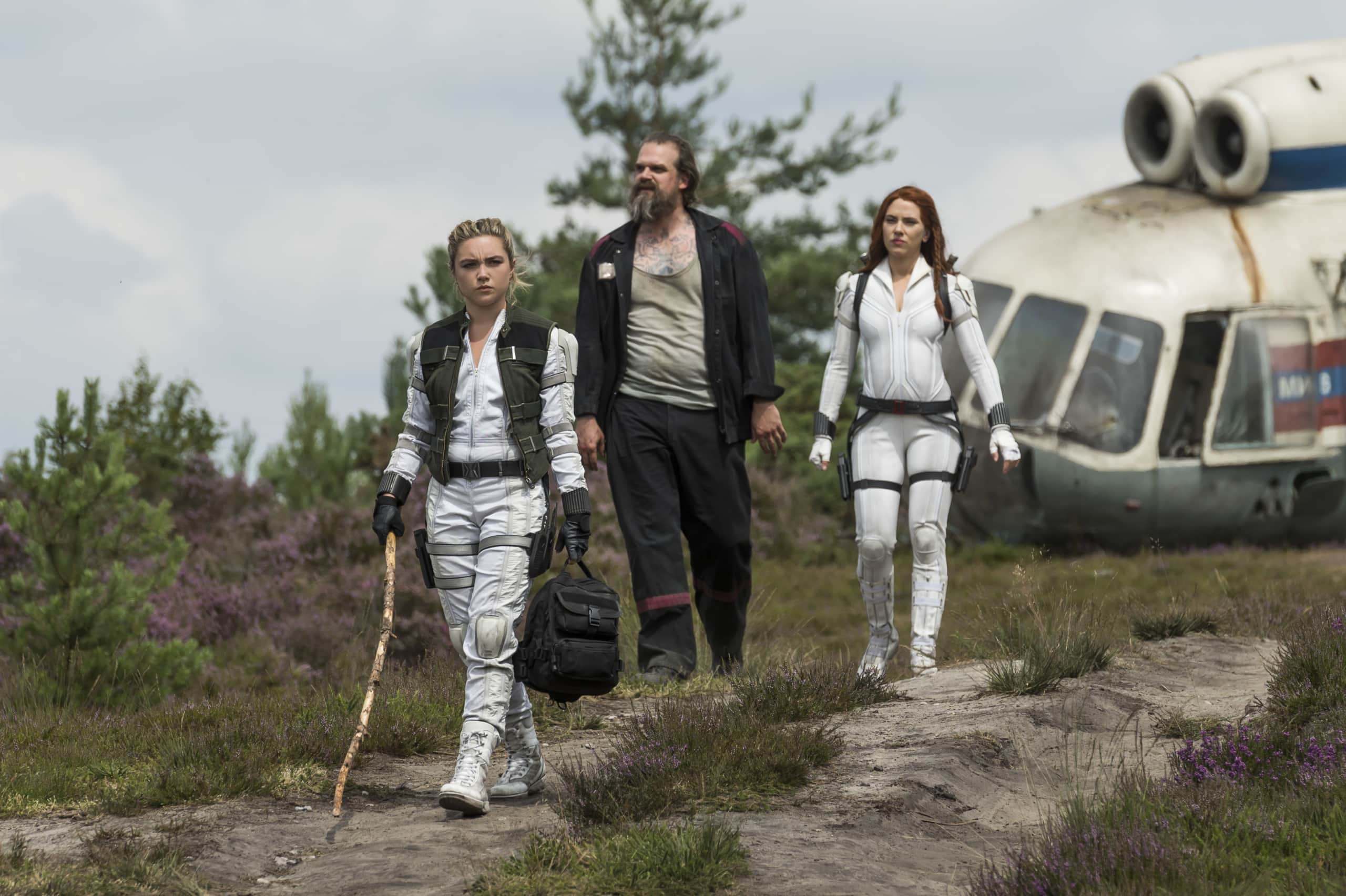 Valentina Allegra de la Fontaine shows up at Natasha’s grave to talk to Yelena. They are working together for whatever organization Valentina is part of. She gives Yelena a mission, to take out the guy responsible for her sister’s death- Hawkeye.

After seeing Valentina in the post credit of Falcon and Winter Soldier recruiting John Walker, this mimics Phase 1 when Fury kept showing up to recruit the Avengers. In the comics Valentina and Fury were a couple.

Black Widow is now in theaters and on Disney+ premiere access.