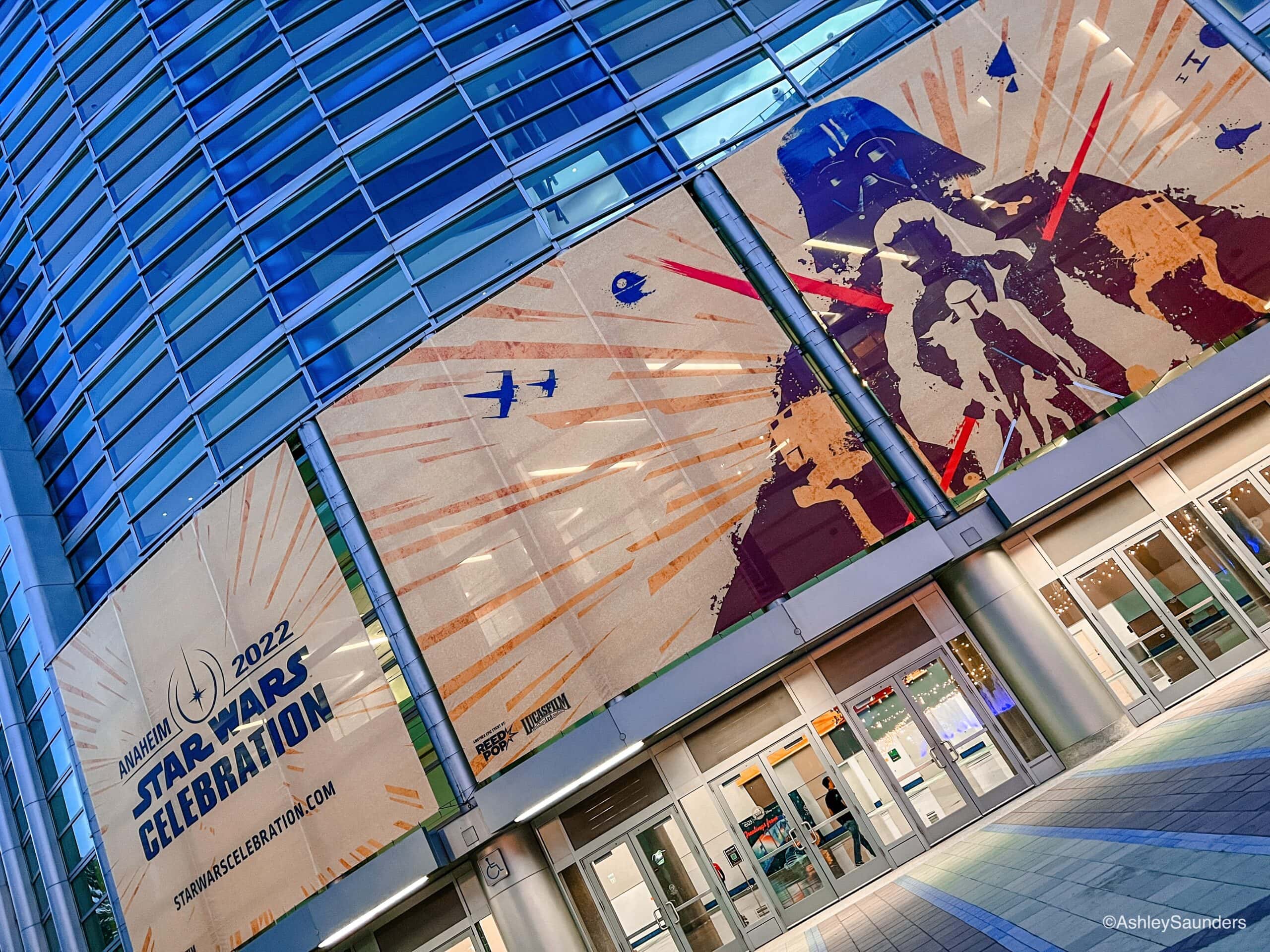 Star Wars Celebration 2022: Everything Announced From Ahsoka to Visions

From Star Wars Jedi Survivor to LEGO Star Wars Vacation and everything in-between, Lucasfilm and Disney showcased everything coming out in the next couple of years. From the looks of it, everyone at the company has been and still is super busy. With all the new content coming, fans are in for a wild ride through the galaxy and beyond. 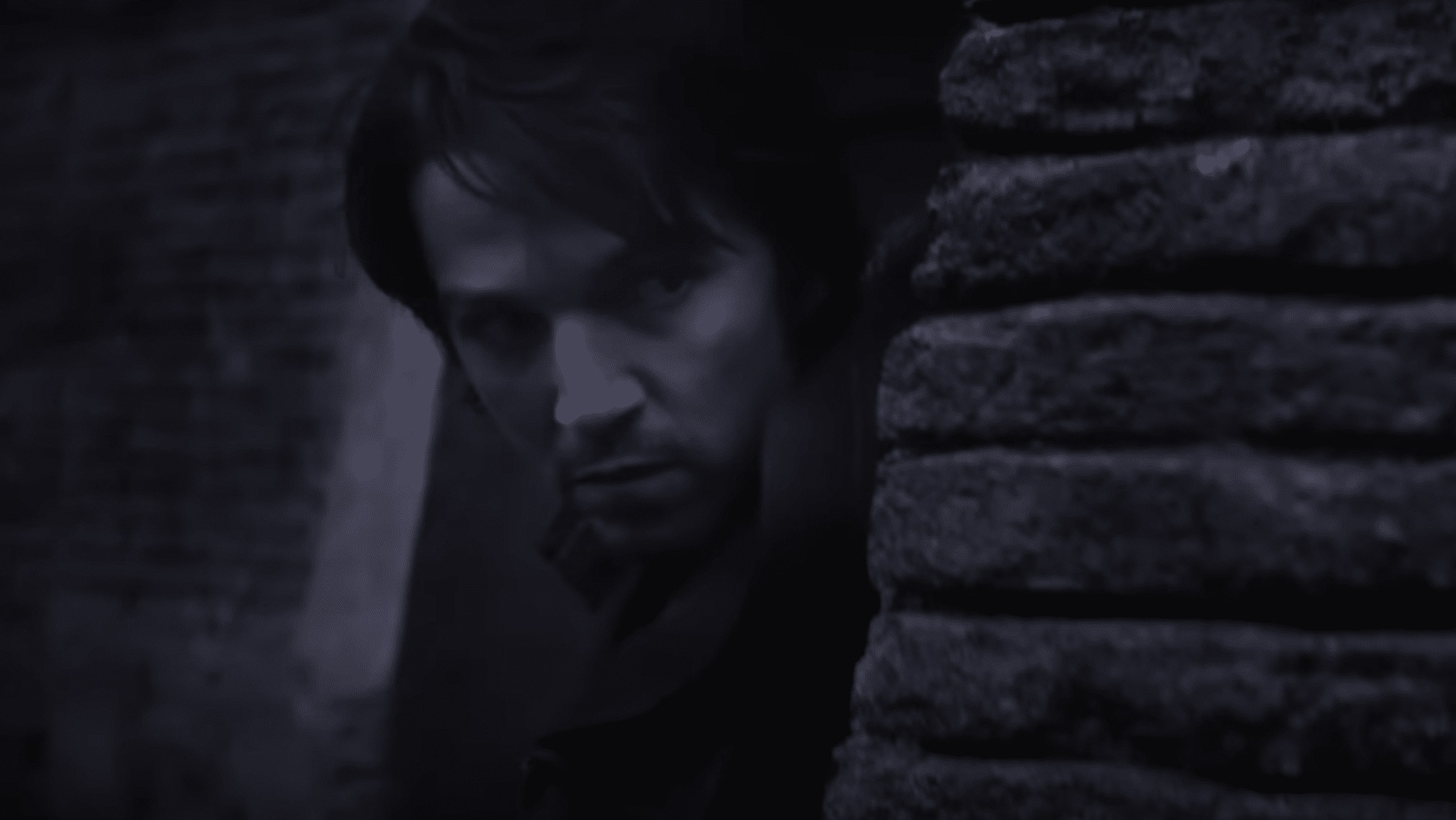 Star Wars: Andor will start off with twelve episodes that take place five years before the events of Rogue One. The show itself will focus on the seedier side of the Rebellion and the spies and secret soldiers who made it possible. One of those soldiers being Cassian Andor (Diego Luna).

Not much is officially known yet about the trajectory of the storyline in Ahsoka but fans of Snips are banking on her teaming up with Sabine Wren as they search for Ezra Bridger and Thrawn. Ahsoka was last seen in The Book Of Boba Fett episode 6 when she left Luke and Grogu to presumably continue her search for Thrawn as alluded to in The Mandalorian Chapter 13.

The footage also teased live-action versions of Star Wars Rebels' Sabine Wren, Chopper, and Hera Syndulla. It ended with a shot of the mural of the Ghost Crew Sabine painted in Rebels. She is shown touching Ezra Bridger's likeness, which makes us all believe we will finally see a live-action Ezra.

Cal Kestis is back and he is on a mission to escape the Empire and all who are out to hunt down the Jedi. Star Wars Jedi: Survivor picks up five years after the events of Star Wars Jedi: Fallen Order.

LEGO Star Wars BD-1 Is Up for Preorder 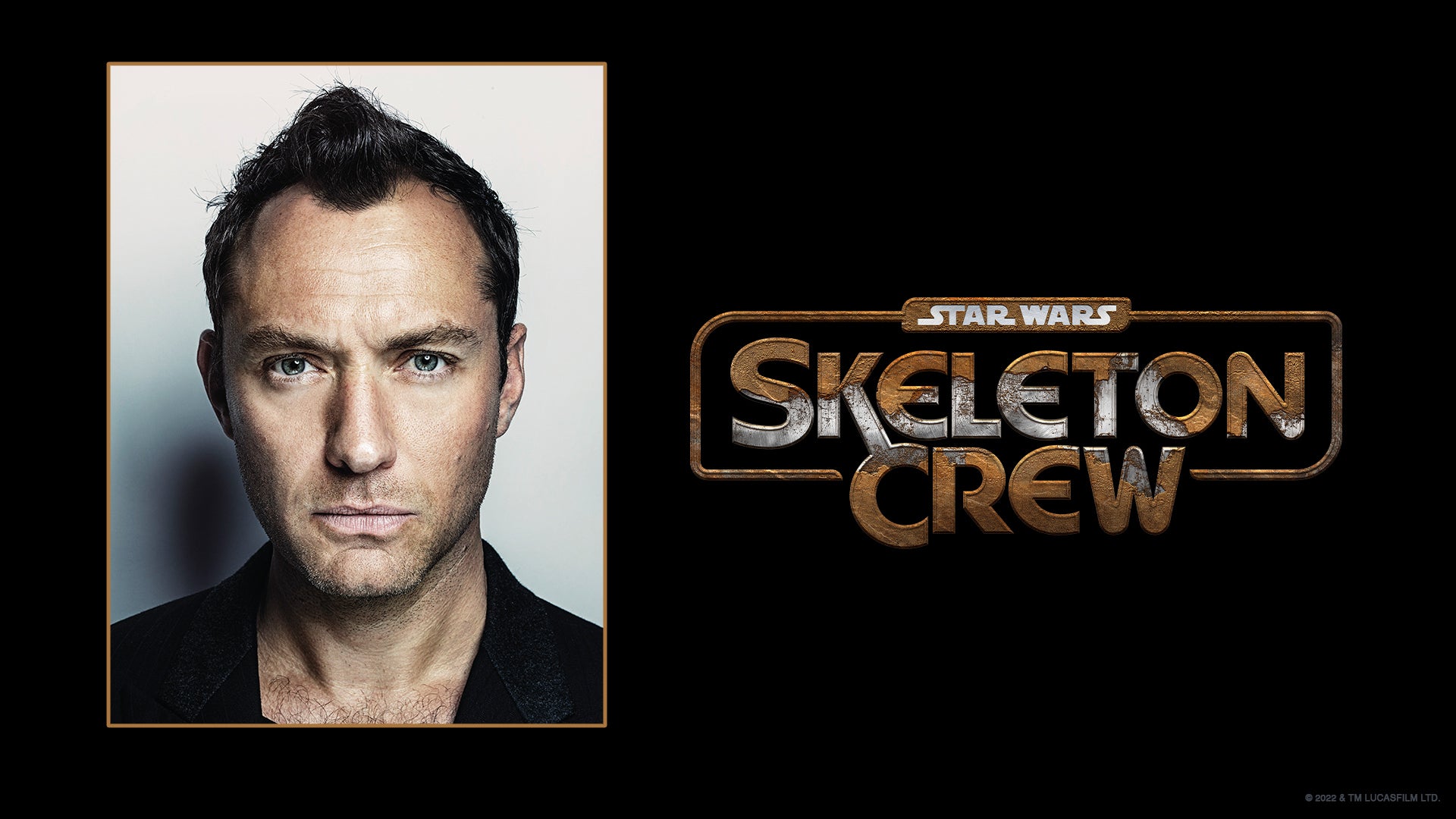 Jon Watts and Christopher Ford have teamed up to bring Star Wars: Skeleton Crew to life. This new show will follow a group of kids from a small planet who get lost in the galaxy. They must work together to find their way home and to help them along, or maybe hinder them, is Jude Law playing an unnamed character. This story will fit within the Mandalorian and Ahsoka timeline.

The Mandalorian Season 3 Is Coming in 2023 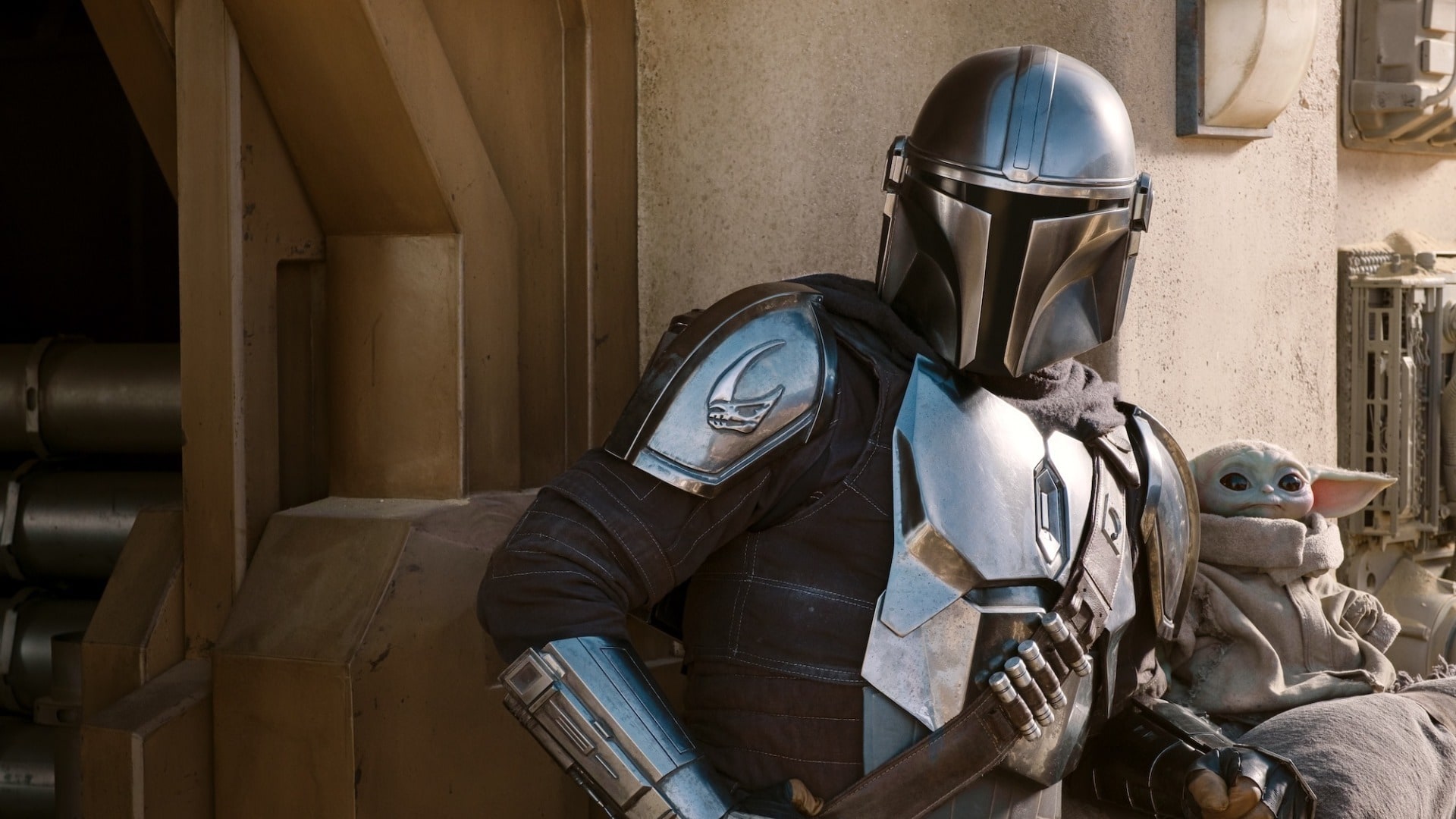 Lucasfilm revealed the first footage of Season 3 of The Mandalorian although has not released it publicly yet. What we can share is that it picks up after the events of The Book Of Boba Fett. Din Djarin (Pedro Pascal) has been told he can no longer call himself a Mandalorian after the removal of his helmet. The only way to redeem himself is in the Living Waters, located in the mines of Mandalore. However, Mandalore has been destroyed. The Armor (Emily Swallow) simply told him “this is the way.”

Season 3 of The Mandalorian will premiere sometime in February 2023.

Not much is known about the plot but it is revealed in the trailer that the Batch is still being pursued by the Empire and are looking for any allies they can find. Omega has grown since the end of season 1 and is now sporting her own helmet and longer hair. Commander Cody, Cid, and Wookie Padawan Gungi weilding a green lightsaber all make an appearance in season 2.

Star Wars: The Bad Batch season  2 will consist of 16 episodes and is set to premiere Fall 2022 exclusively on Disney+.

RELATED: The Bad Batch Season 2 Updates: Everything We Know So Far

Star Wars Visions Volume One boasted eye-catching animation, incredible action, and dynamic storytelling. It was announced at Celebration that there will be a second season. I cannot wait to watch more anime-style Star Wars stories.

Star Wars Visions Volume 2 is coming to Disney+ in Spring 2023. 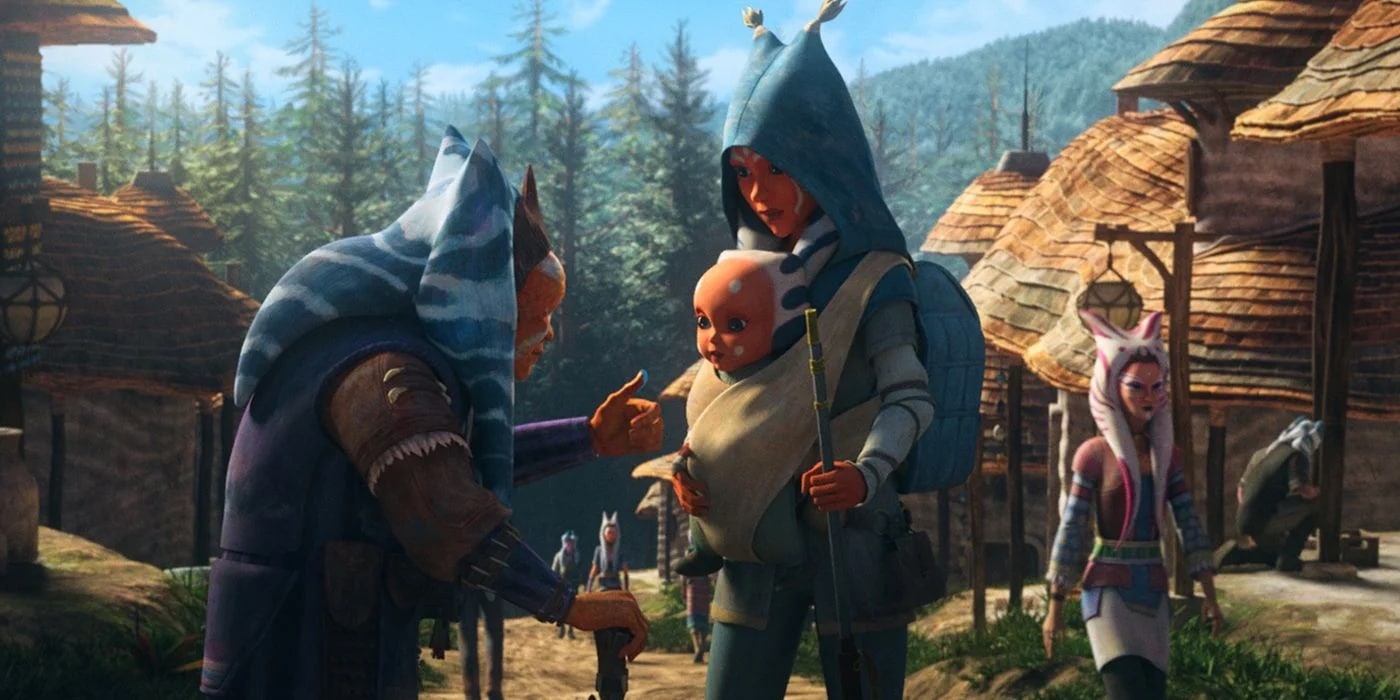 Star Wars: Tales of the Jedi are new original animated shorts coming to Disney+ this Fall. The show will focus on stories of Ahsoka, Count Dooku, and Qui-Gon Jinn during different parts of their lives. Liam Neeson is returning to voice Qui-Gon Jinn.

Star Wars: Tales of the Jedi is coming to Disney+ Fall 2022. 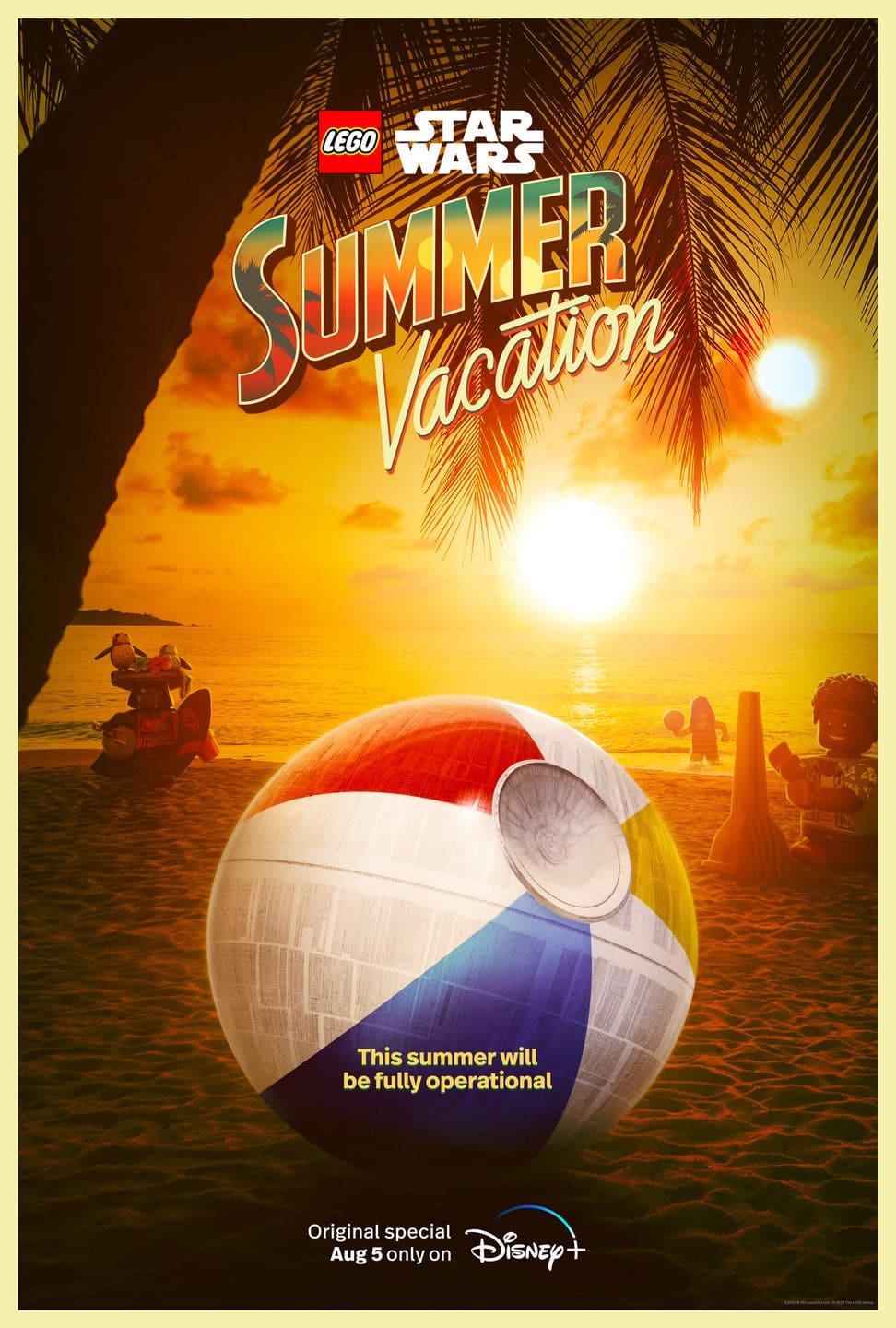 It's time for another hilarious trip to the galaxy far, far away with LEGO Star Wars Summer Vacation. The movie follows Rose, Rey, Finn, Poe, and Chewbacca taking a much deserved vacation after defeating Palpatine. Unfortunately they learn that whenever other Star Wars characters tried to take a vacation they never got to enjoy it. Joining the cast is none other than Weird Al Yankovic as Vic Vankoh. 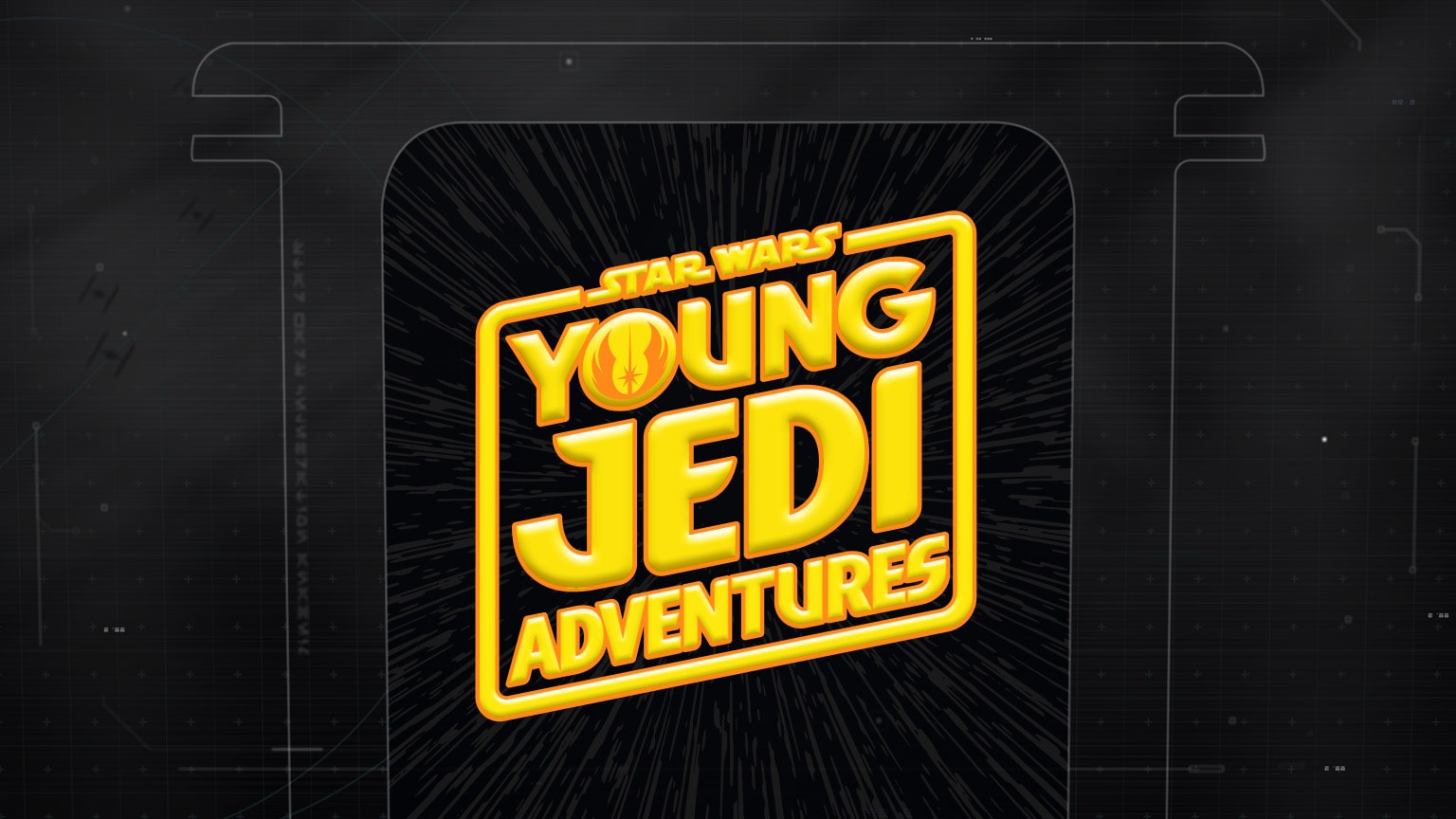 Star Wars is branching out and creating a show aimed at younglings aka pre-kindergarten aged children. Star Wars: Young Jedi Adventures is a kids' show set during the time of the High Republic. The show will follow Younglings as they start their journeys to become Jedi Knights. During their adventures they will learn about compassion, self-discipline, teamwork, patience, and friendship. 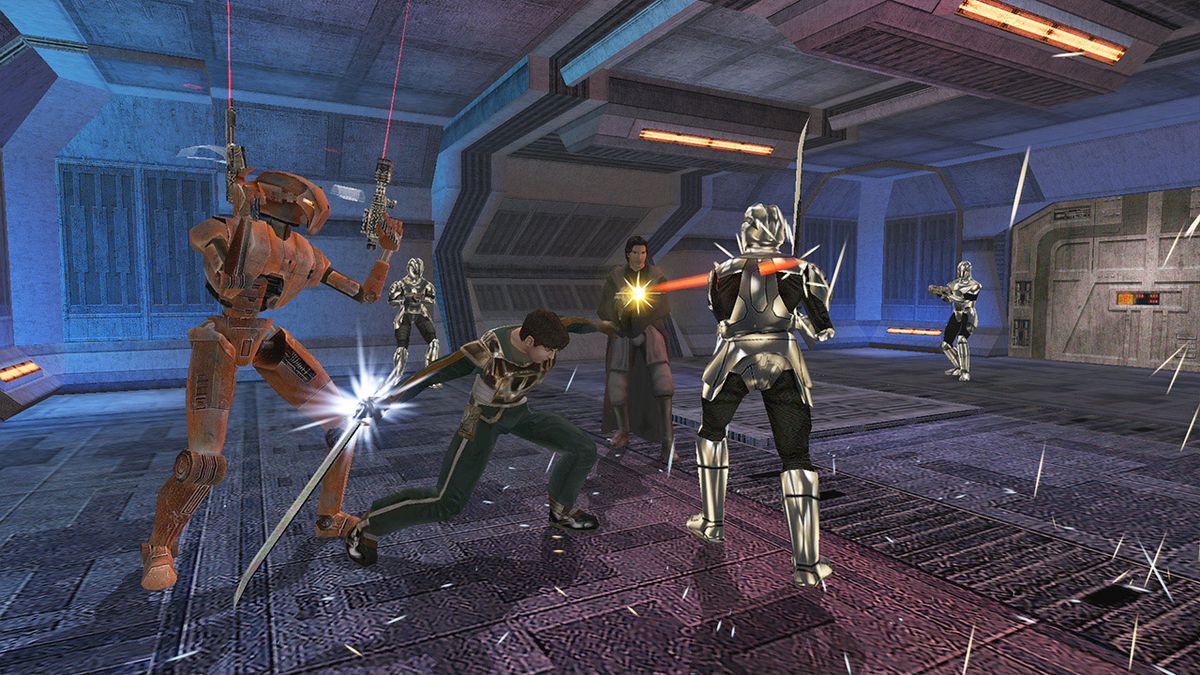 The classic RPG Star Wars: Knights of the Old Republic II: The Sith Lords is coming to the Nintendo Switch this June. This sequel to Star Wars: Knights of the Old Republic tells a story of a time when the Sith are rising and only a few remaining Jedi can stop them. The game features 3 different classes of Jedi oh and you get the chance to choose to follow the light or turn to the dark side. 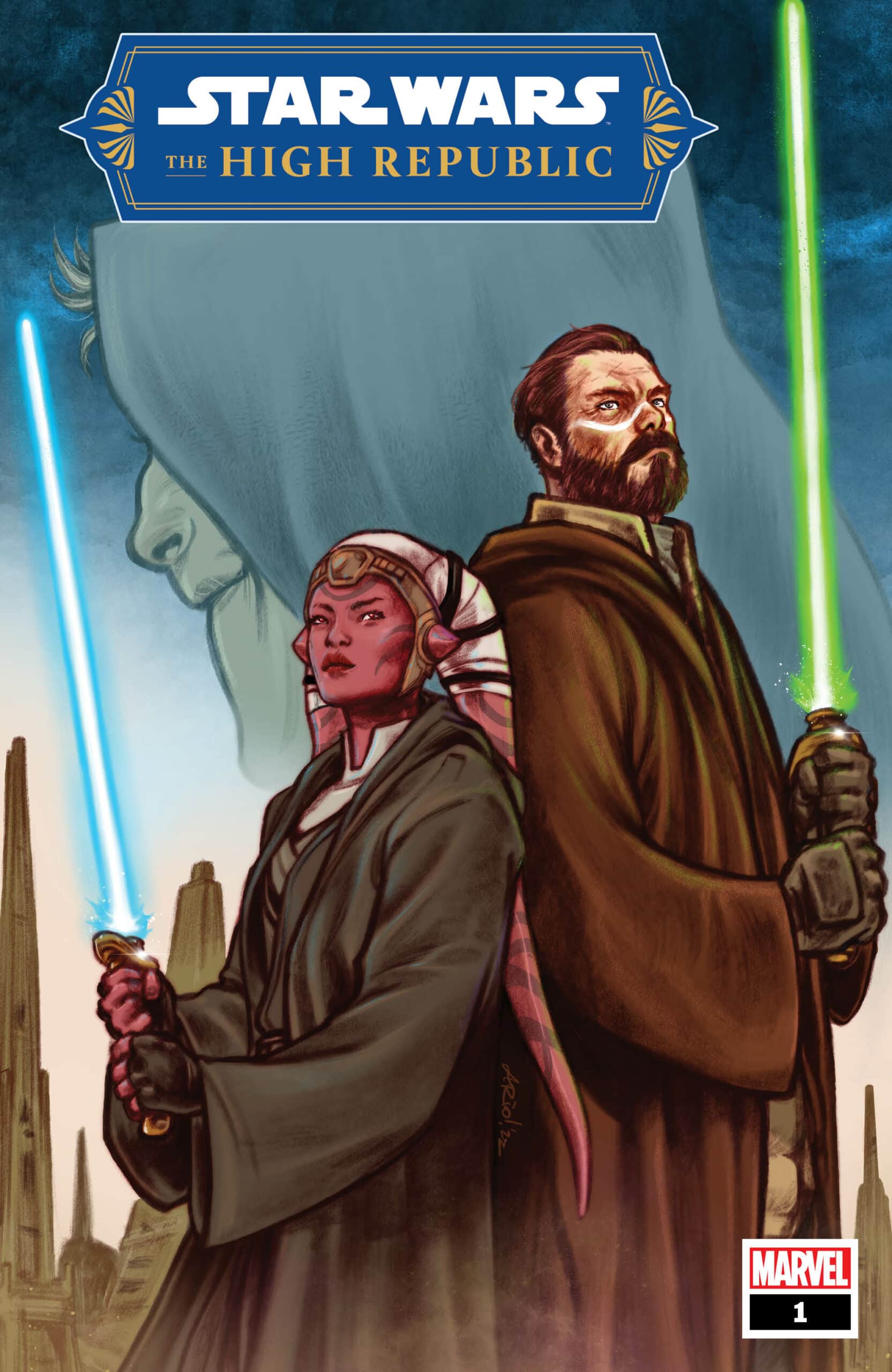 Marvel Comics showcased the next two Star Wars: The High Republic stories coming later this year. They take place centuries before The Skywalker Saga and return to Jedha, the moon introduced in Rogue One. It will also introduce a new Jedi named Vildar Mac. 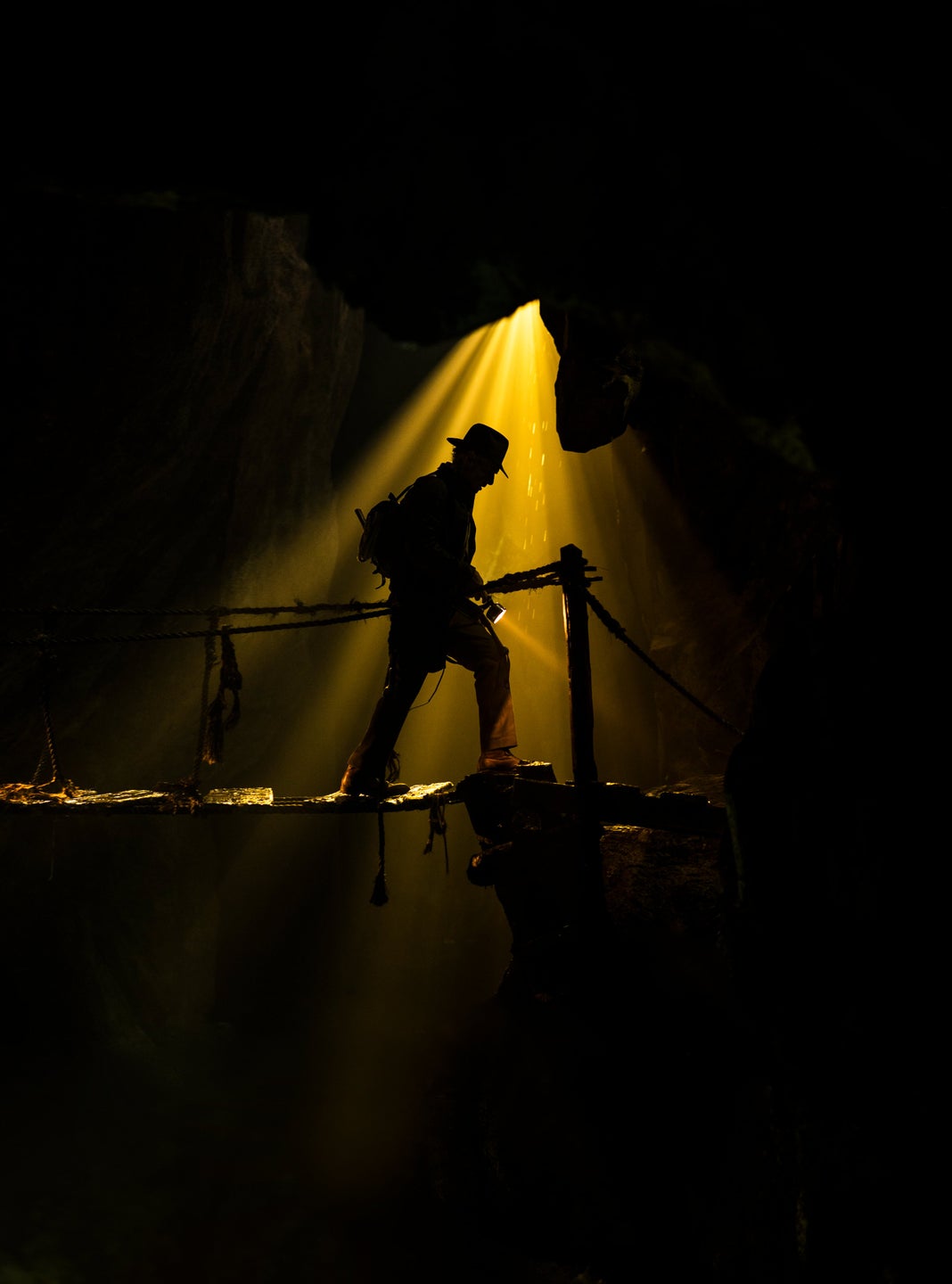 Harrison Ford stopped by Star Wars Celebration to not only celebrate John Williams' 90th birthday but to also bring along a poster of Indiana Jones 5. Although he gave us no other information about the movie, he did reveal the release date. 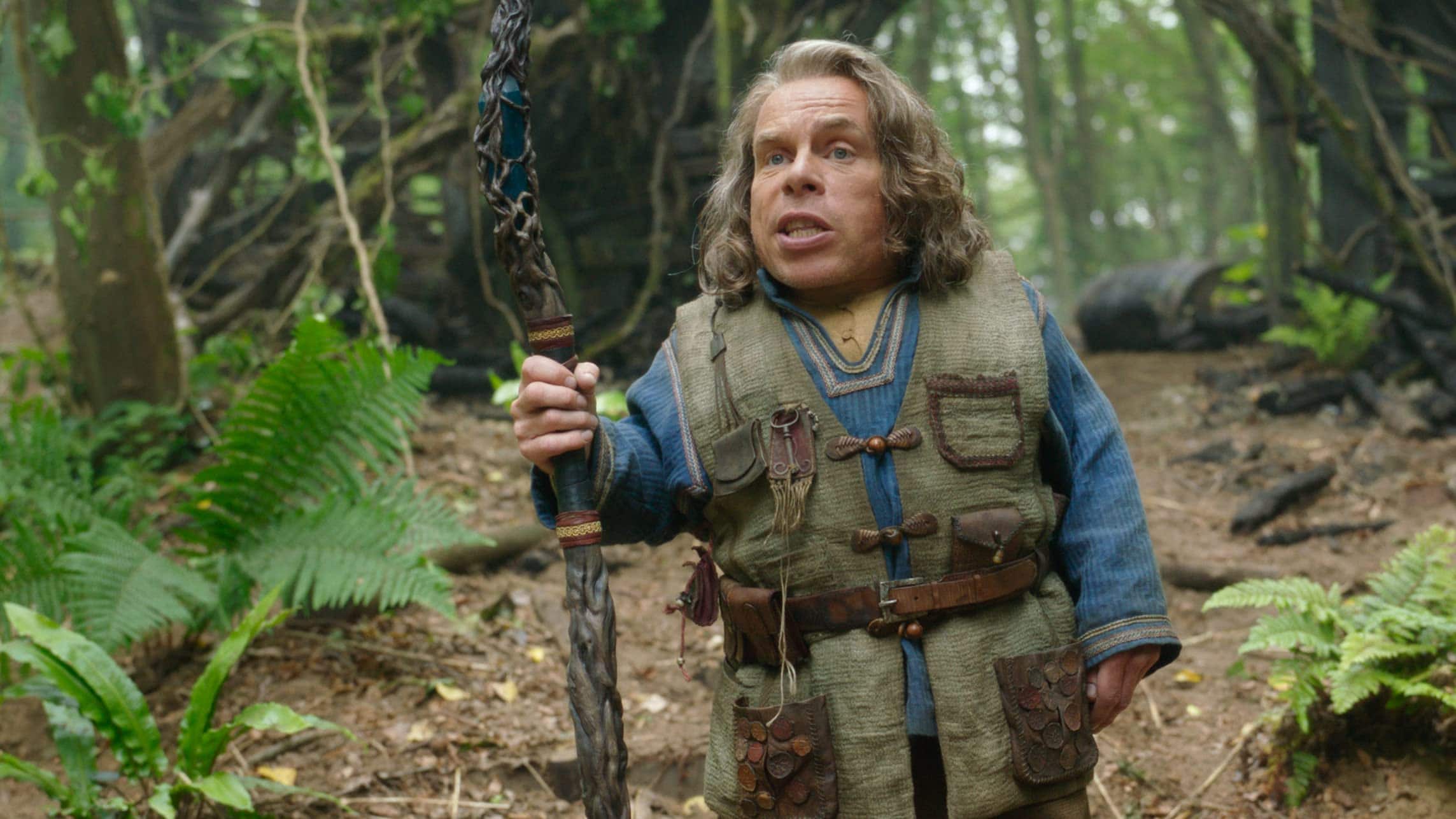 Set 20 years after the original, Warwick Davis is back as Willow Ufgood in the Disney+ show, Willow. Joanna Whalley will also be returning and joining the cast are Eri Kellyman, Ellie Bamber, Ruby Cruz, Tony Revolori, Amar Chadha-Patel, and more! A trailer showed the new generation of humans that seek out Willow, the greatest sorcerer in the land, to aid them on their quest.